RIDING a sales resurgence that simply won’t quit, Fiat’s ageing but still super-cute 500 has been given a ‘Series III’ makeover that’s so subtle, Hollywood would barely notice.

In the tradition of Volkswagen’s original Beetle, Fiat intends to maintain interest in its huggable 500 with this annual model update that includes a bunch of fresh features and colours – what the Scots would call a “wee nip-and-tuck” – plus driveaway pricing across the range.

But topping the list of new stuff is a seven-inch TFT instrument screen, developed by Fiat-owned Magneti Marelli, that neatly modernises the 500’s instrument pack without detracting from its ‘retro’ vibe – except the entry-level Pop which keeps the old car’s layer-upon-layer gauges.

Slick-shifting, dash-mounted manual transmissions come standard in both the Pop (five-speed) and S (a brilliant six-speed), but the Lounge is slugged exclusively with Fiat’s loathsome five-speed ‘Dualogic’ automated manual ’box.

Adding Dualogic to the Pop and S costs an extra $1500, but you’ll be paying far more than that in terms of cost to driver appeal. And if you like your Fiat 500 a little wobbly, with a breezy sky view, the 500C (starting at $21,000 driveaway for the Pop) is only available with Dualogic.

Jump 10 grand or so and you reach Fiat’s Abarth line. Split into two model variants – the $33,500 Turismo 595 and $36,500 Competizione 595, but stretching to the $41,000 Competizione convertible automated manual (none of which have driveaway pricing) – the Abarth is the 500’s tattooed, gym-pumped sibling.

Its dual exhaust pipes are incredibly cool, and they bark and rasp like sporty little Italian cars should. The Competizione also looks the duck’s guts, but on rural Victorian roads, its ride is borderline brutal and its sexy Sabelt seats are back-breakingly uncomfortable.

Because the Sabelt seats aren’t designed for the car, the backrest adjuster is on the door side, not inboard like on all other 500 seats, meaning anyone with arms bigger than saplings will inevitably get stuck at some point trying to lessen the pain of the rock-hard backrests.

If you want an Abarth, stick to the Turismo (with regular Abarth sports seats) and option the Monza sports exhaust ($2100, dealer-fit). Or fit your own version.

Where the 500 works best, though, is at entry level. The base Pop belies its meagre engine specification with impressively elastic driveability and a keenness to be kicked along. It bops around a bit on its short 2300mm wheelbase, but besides some road- and wind-noise intrusion, the Pop is more refined, and a lot more fun, than you’d expect. Add 2014’s new retro hue – Mint Milkshake – and you have a lot of visual and dynamic personality for $17K.

Our pick, though, is the six-speed manual 500 S. With a rorty little 1.4 that revs to 6900rpm and a terrific gearchange that encourages you to drive it hard, the S encapsulates everything the 500 does best. It’s satisfyingly tough-looking, has plenty of grunt, and its seats and ride quality are orthopedic bliss compared with the Competizione’s brutality.

At $20,000 driveaway, the 500 S isn’t quite as affordable as last year’s identically engined Sport model. But given its funky new instrument pack and the timeless appeal of its styling and interior, it’s hard to think of a more amusing way to time-attack the city. 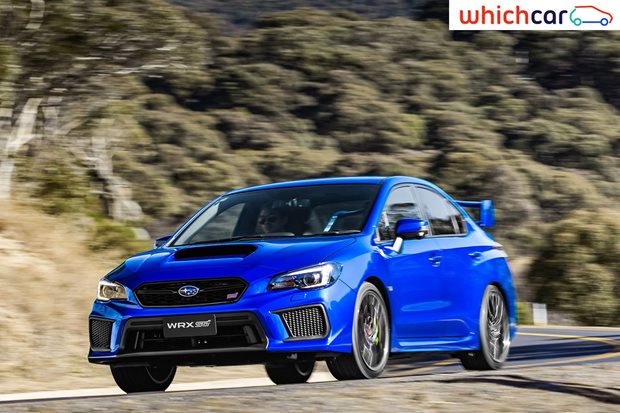 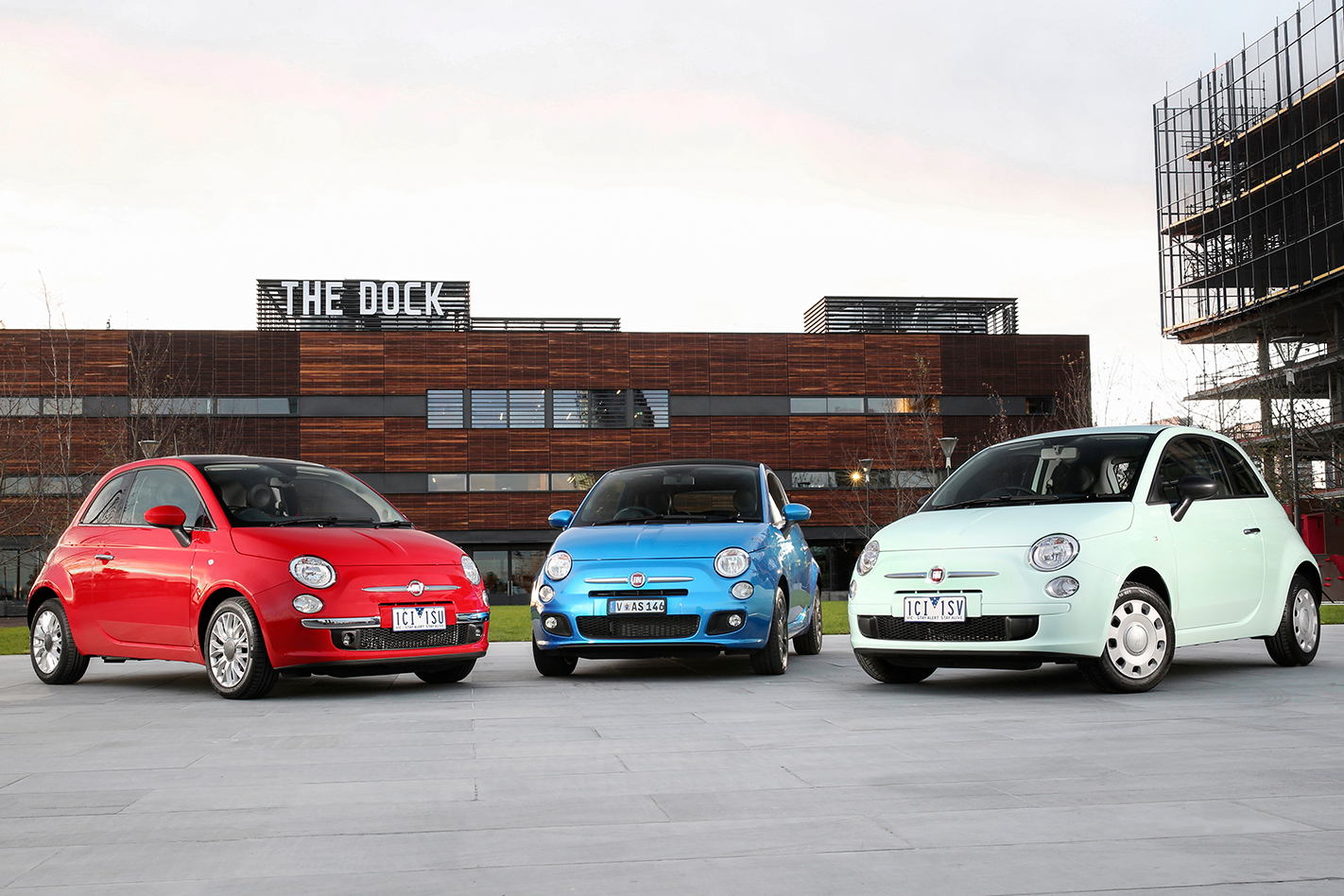 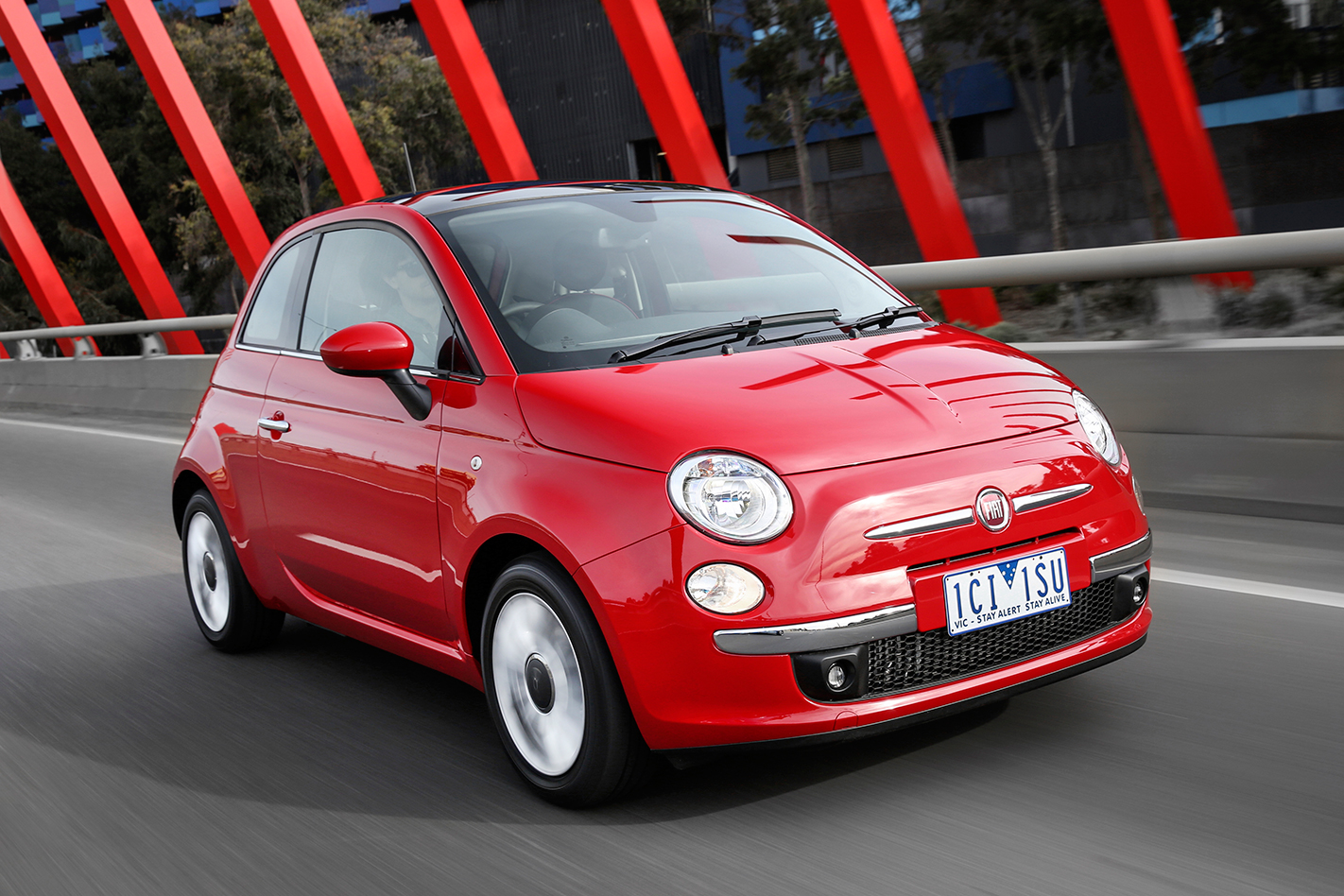 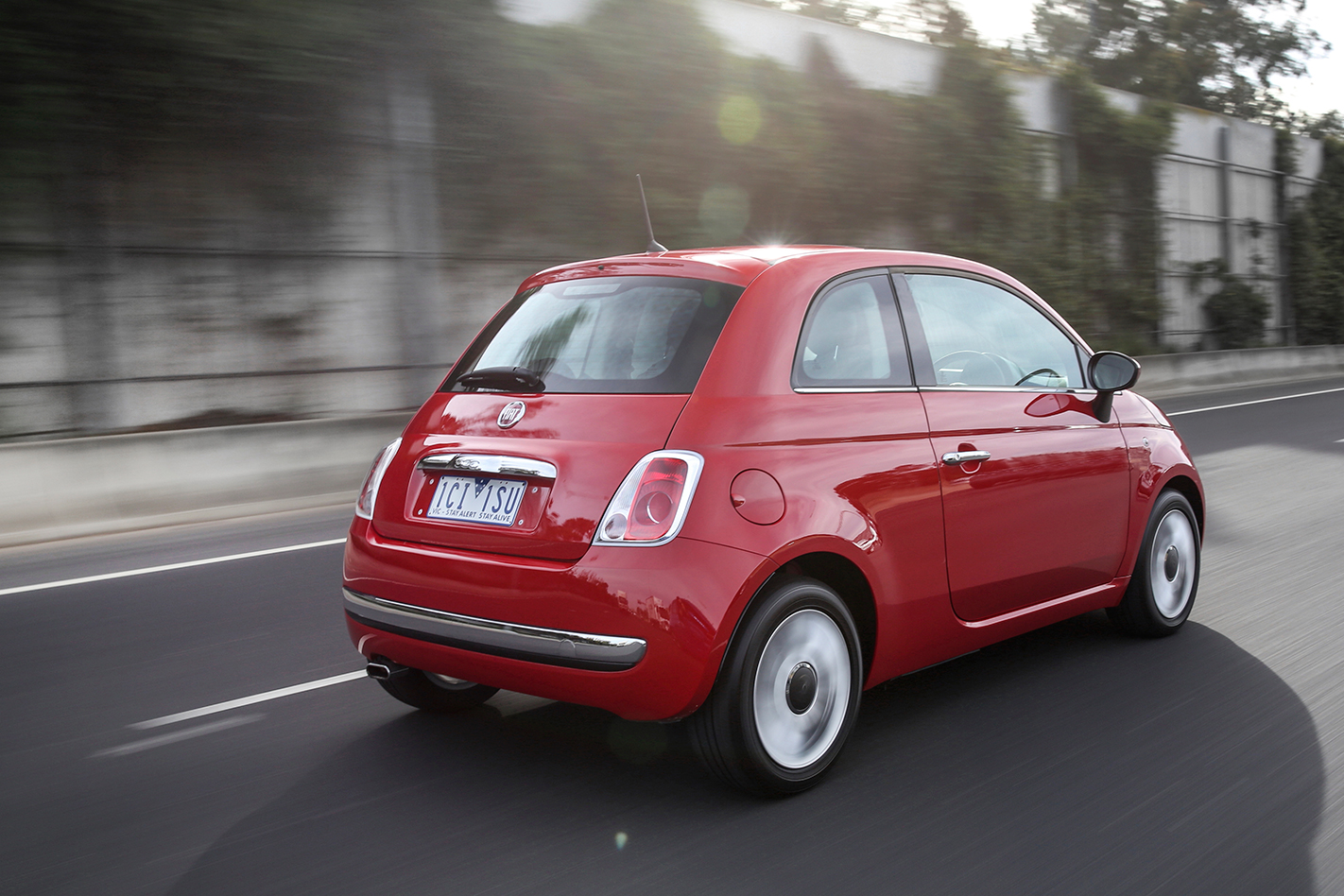 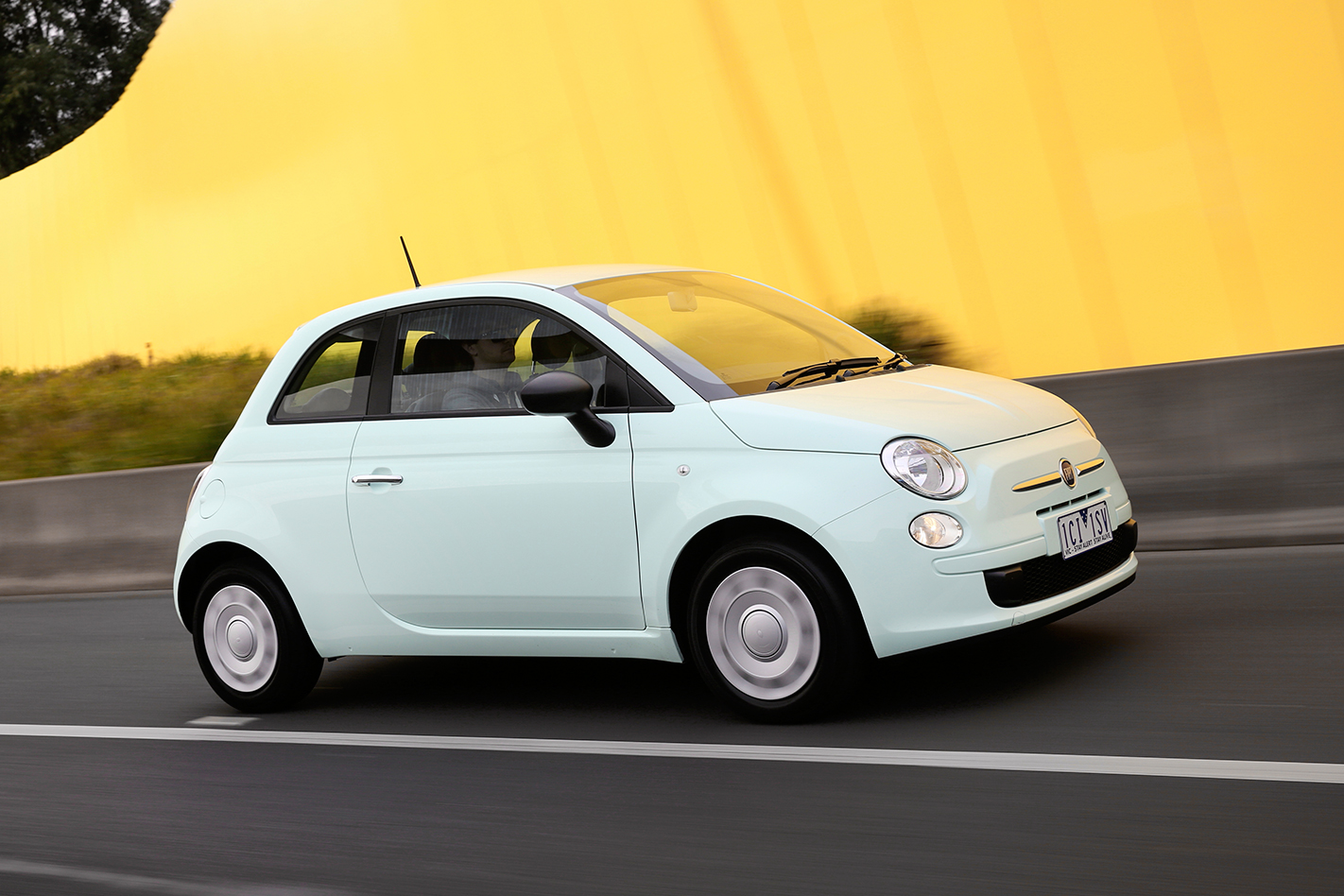 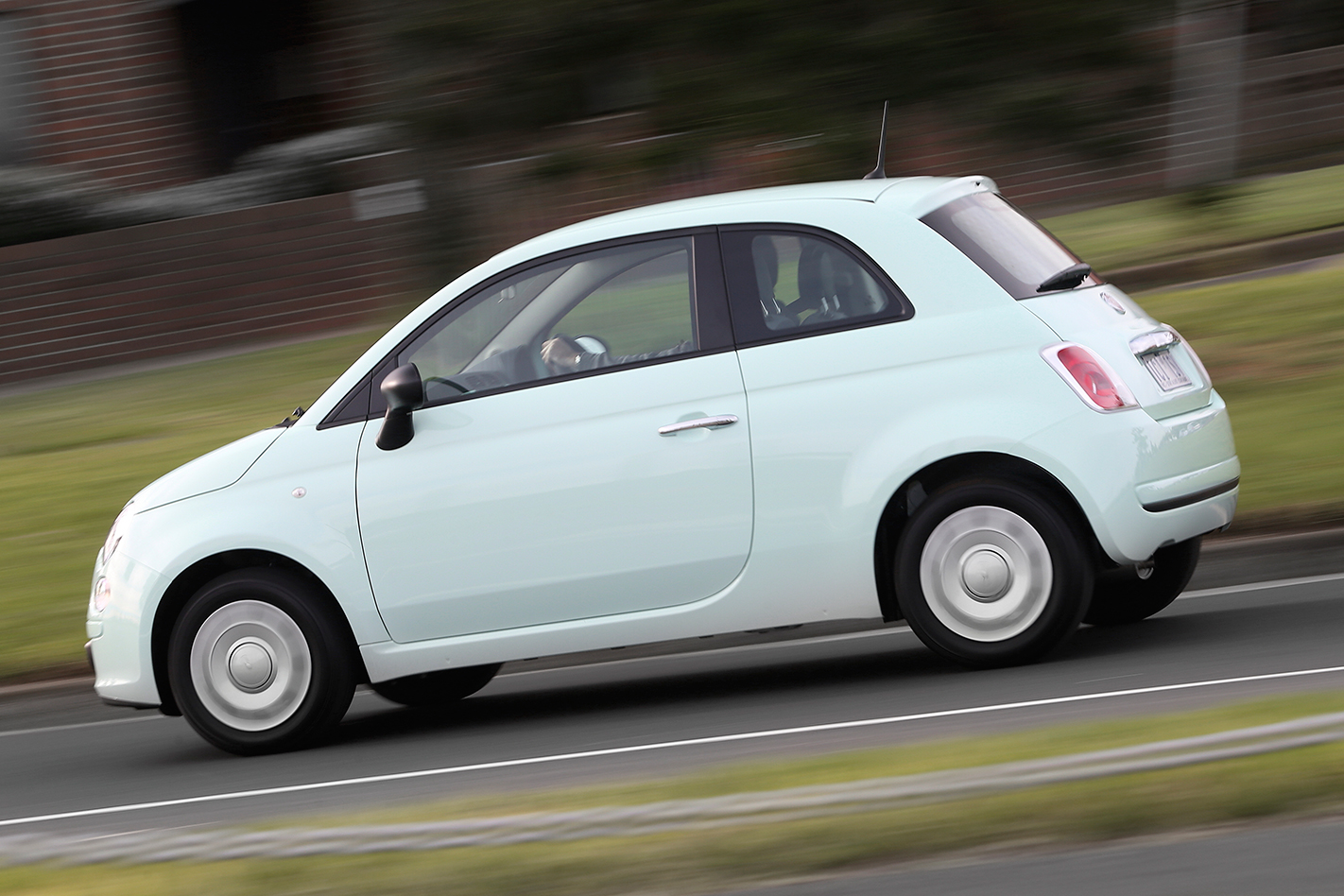 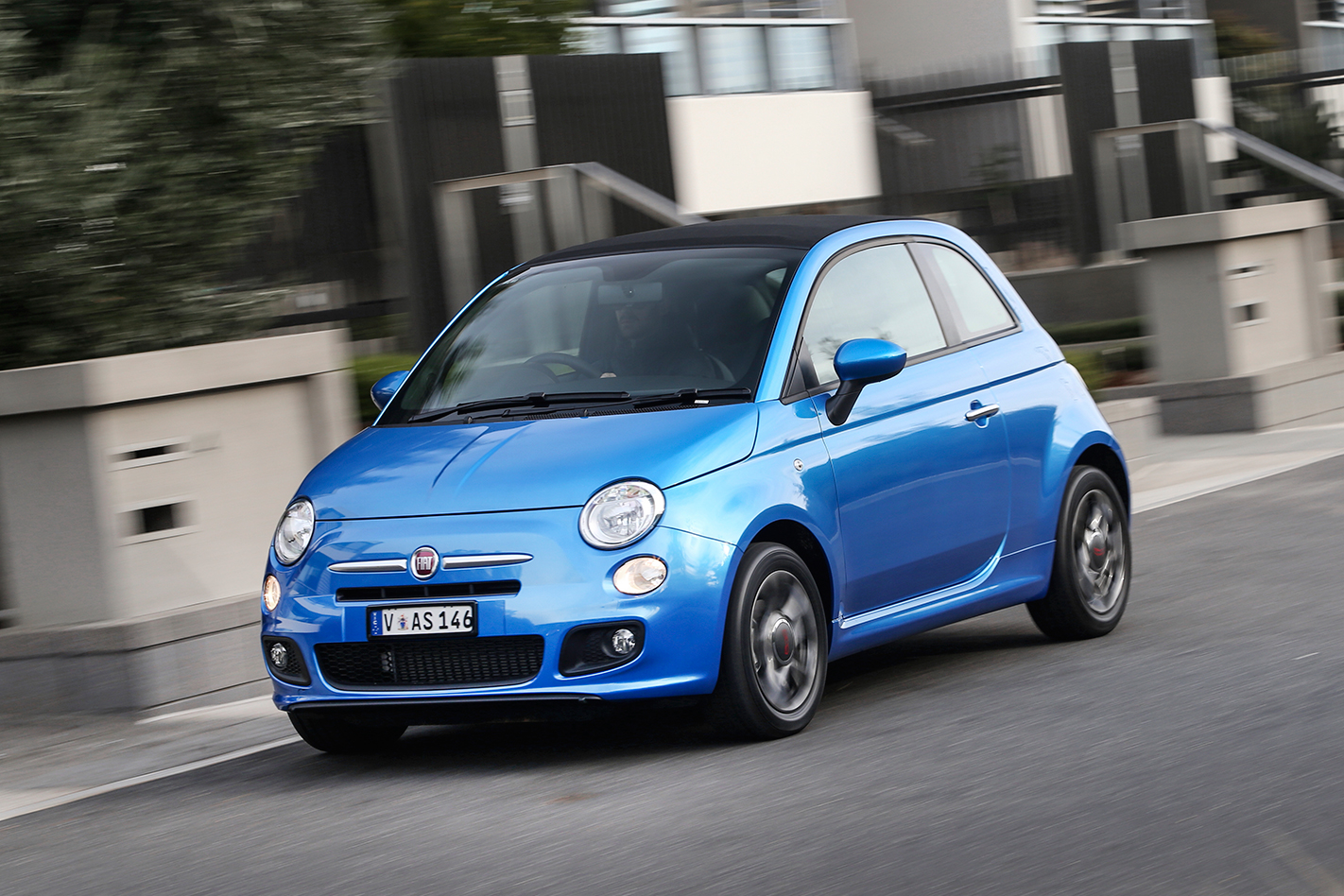 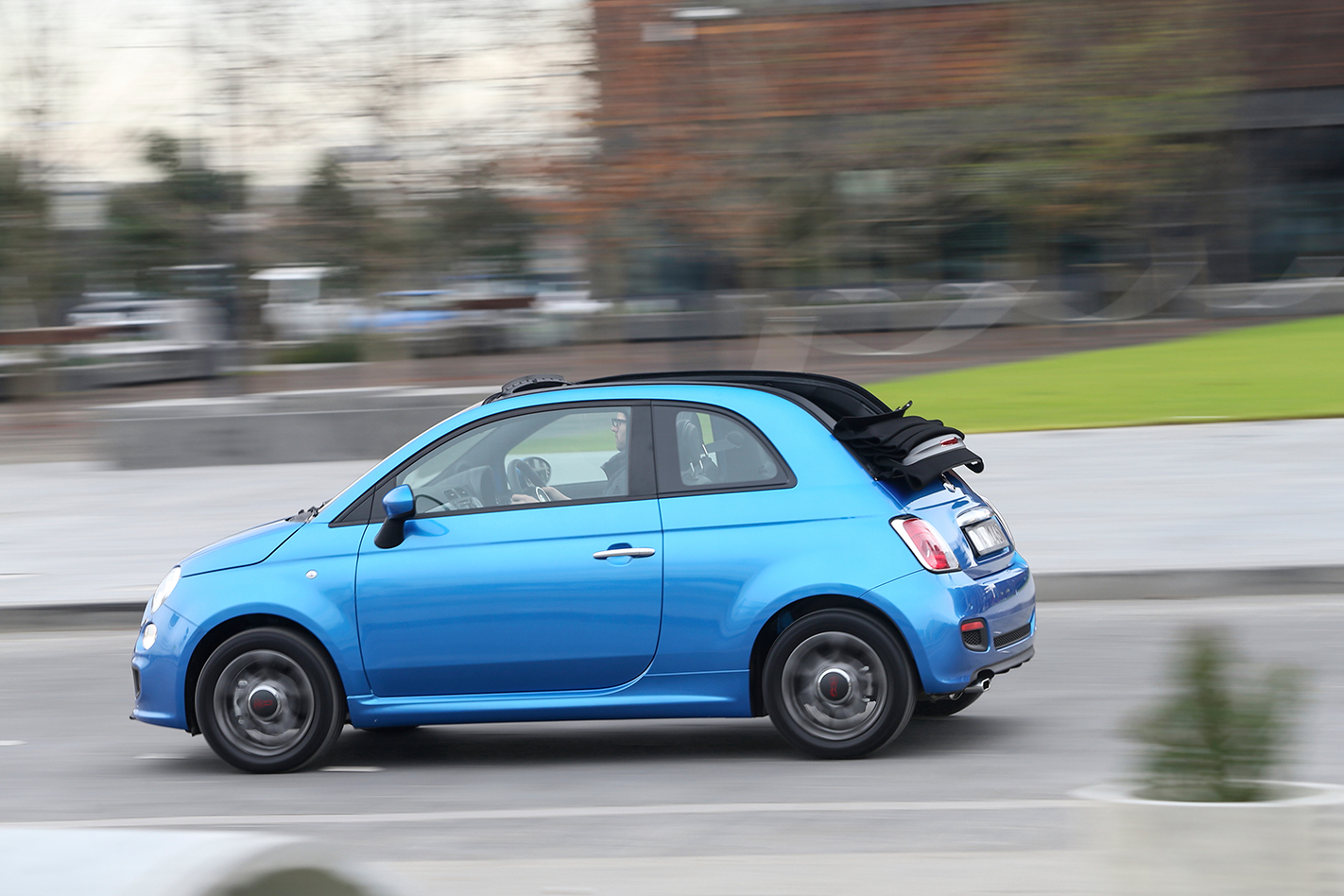 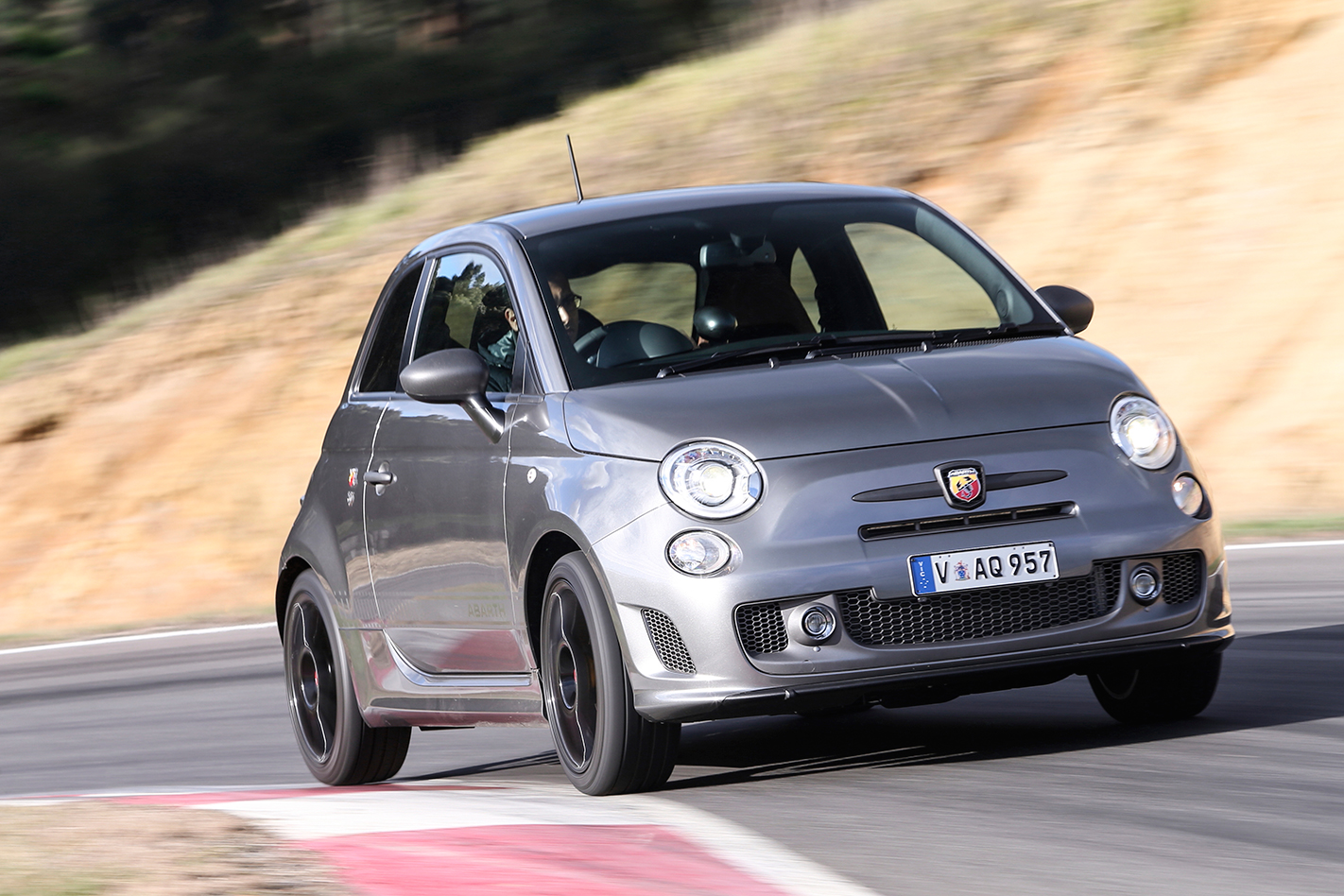 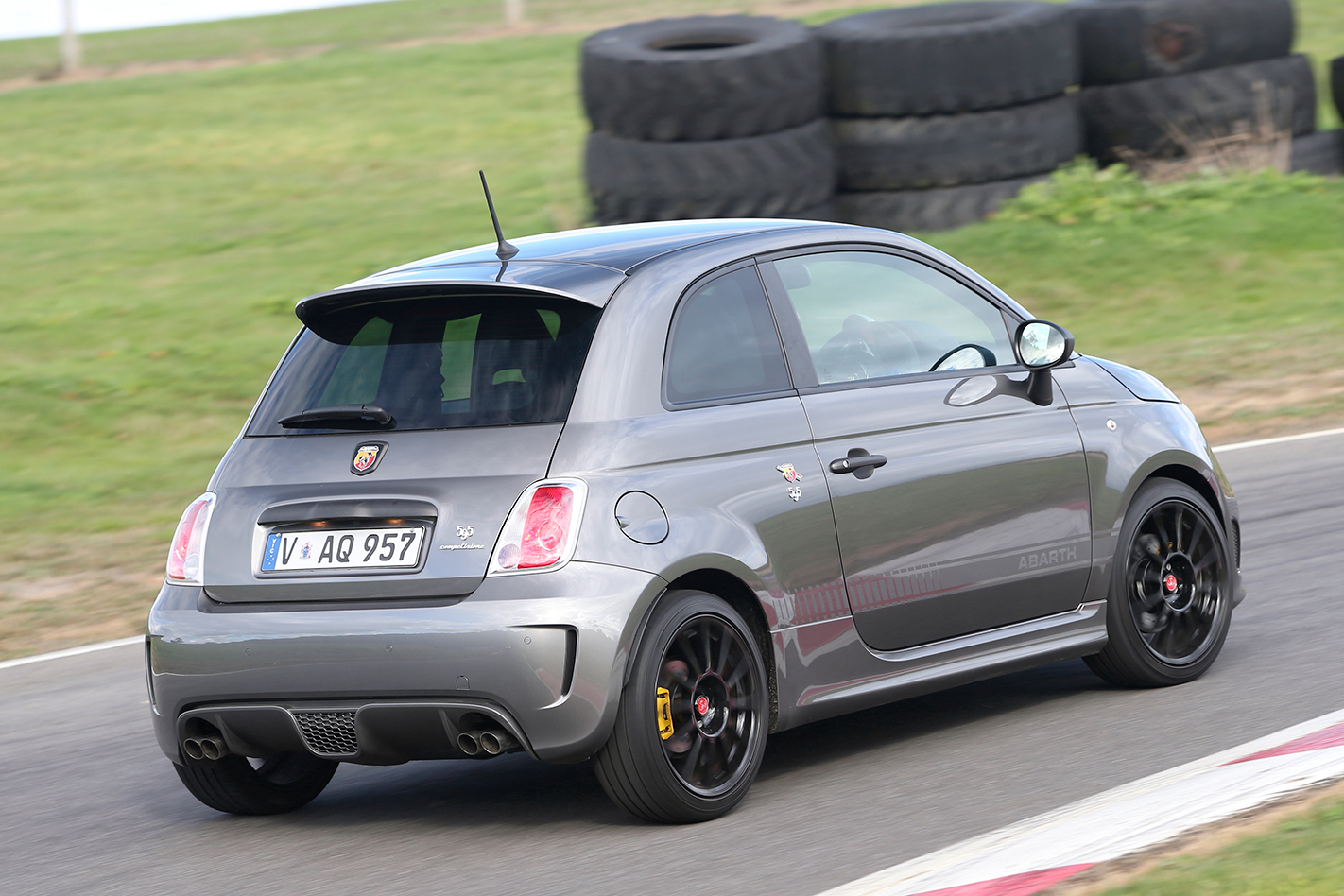 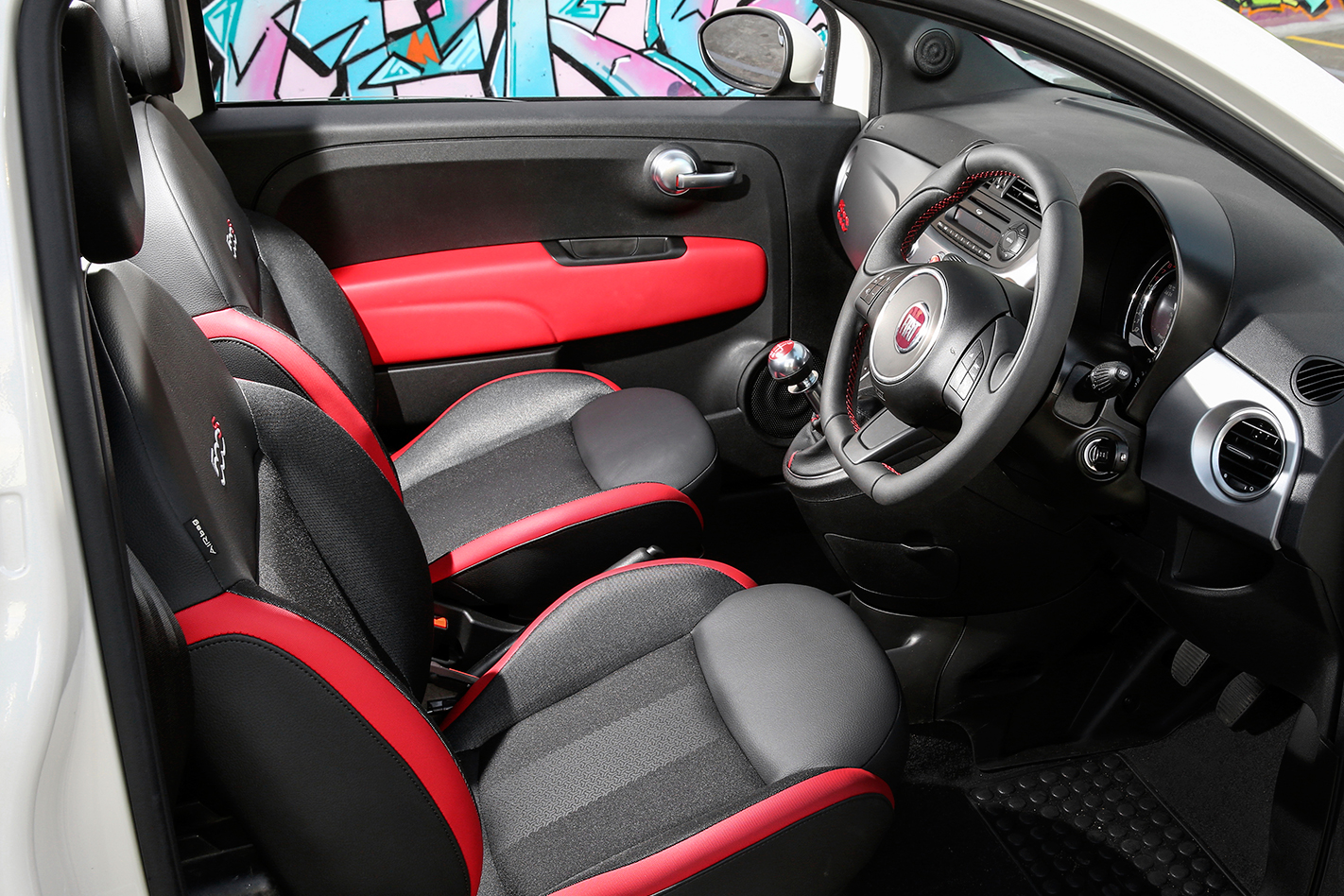 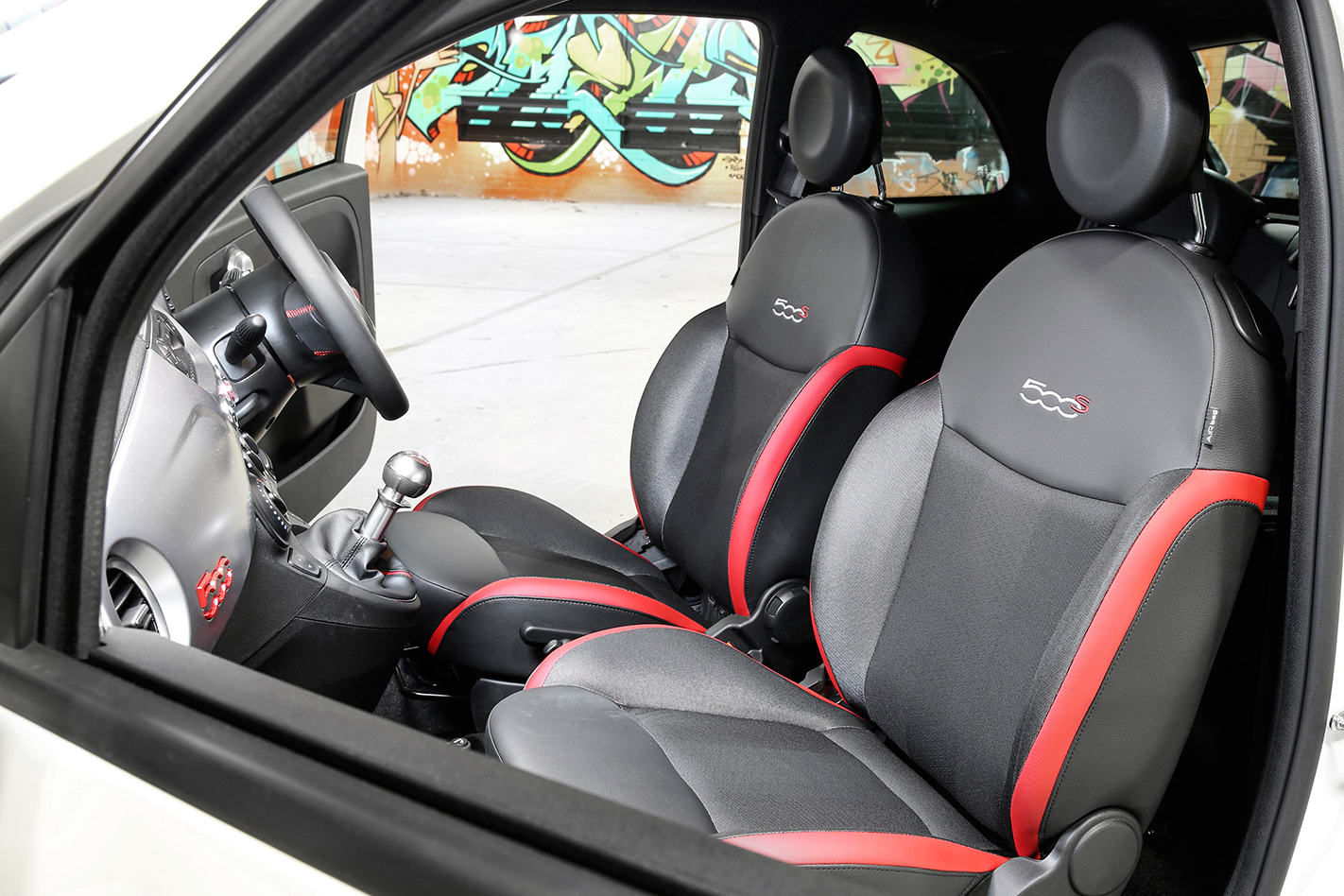 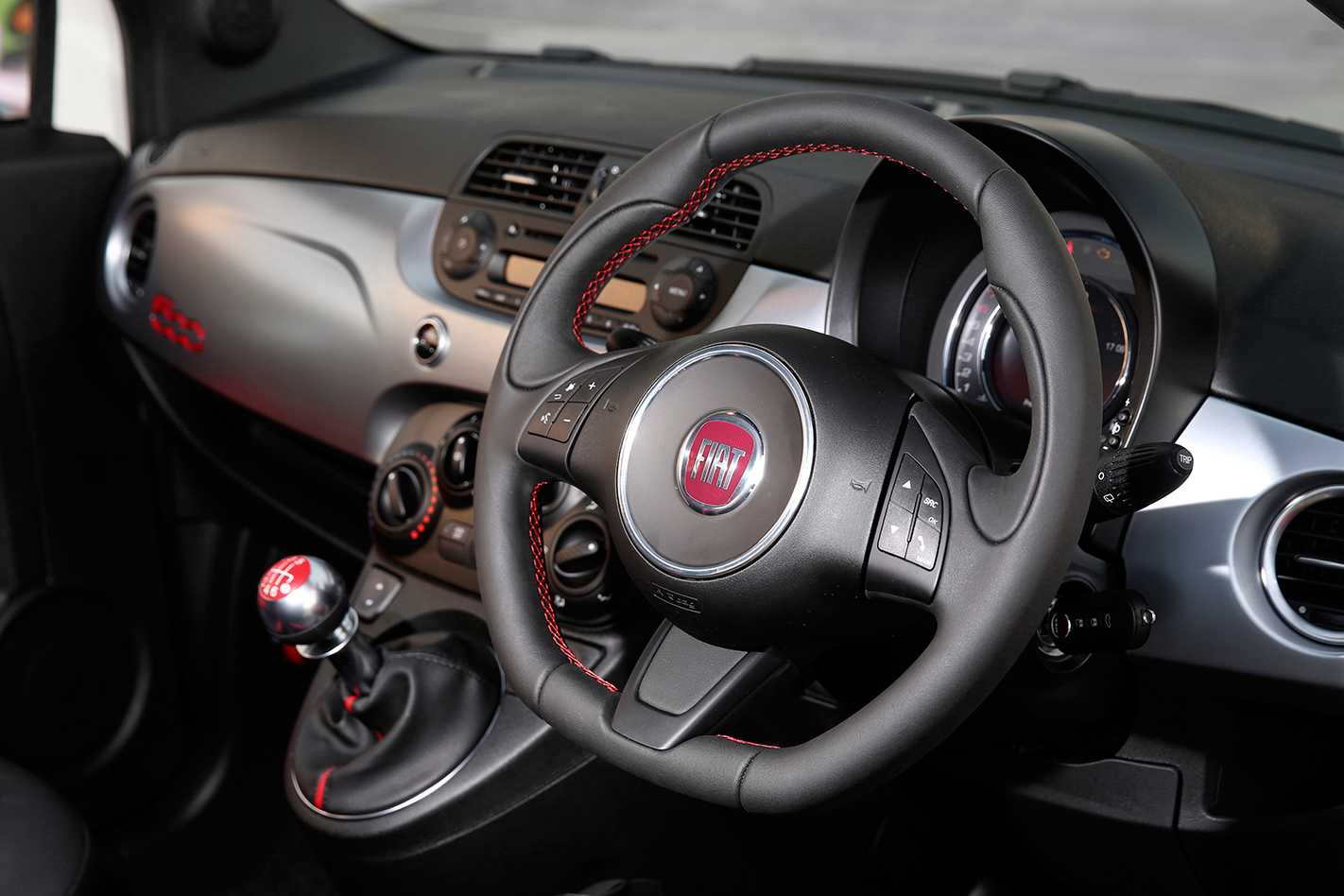 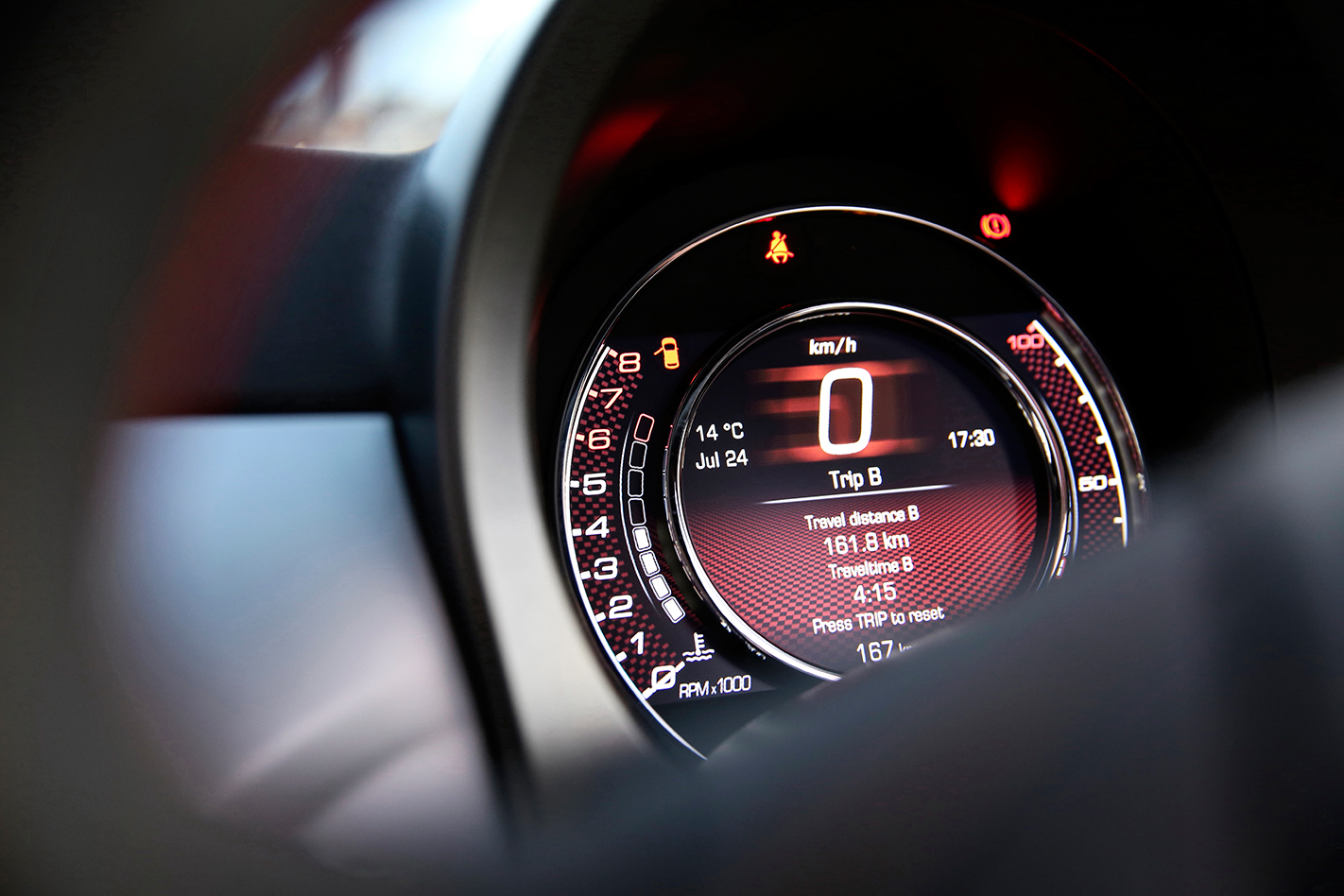