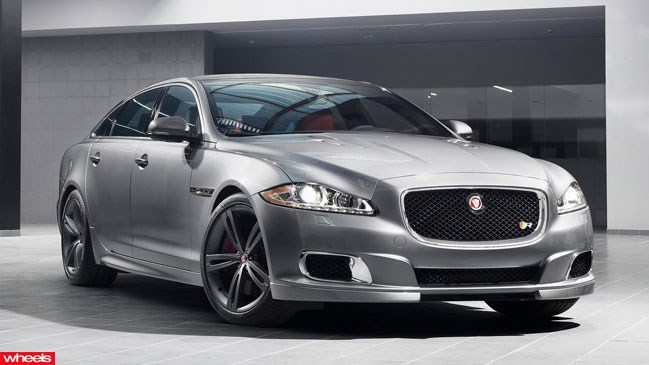 Making a super sporty version of a luxury limousine may make as much sense as putting wheels on a king size bed, but that doesn't stop car companies from doing it.

Making a super sporty version of a luxury limousine may make as much sense as putting wheels on a king size bed, or turbocharging your couch, but that doesn't stop car companies from doing it, nor well-heeled punters with show-offy personalities from buying them.

The latest berko-luxo-barge to plonk its considerable heft on the world's roads is the Jaguar XJR, which looks and feels like a high-performance version of a plush cigar lounge.

Set to cost $298,000 when it lands in Australia, and to be sold to literally a handful of people, the XJR is powered by a ferocious 5.0-litre supercharged V8 engine, with 404kW and 680Nm of torque. Sir can sit in refined, leg-stretching luxury in the back while his chauffeur hits 100km/h from rest in 4.6 seconds, or explores the electronically limited top speed of 280km/h.

It seems as unlikely as someone entering a 60-foot motor cruiser in the Sydney to Hobart, but if you wanted to take the XJR on a race track, you actually could - it even has a Race DSC setting for its traction systems, just in case.

So we tried it, at today's launch of the car in Seattle, USA. A tight, twisty and slick Ridge Motorsport Park should have proved an implausible mission for a car this big, and heavy (1880kg in the long-wheelbase version we drove, although Australians will only get the SWB version, a mere 10-20kg lighter), but it was actually bafflingly good.

Understeer and sloppiness would normally be the order of the day when a limo is pushed on a track, but the XJR's fettled suspension, improved aero and upgraded brakes proved more than equal to the task. With its big, bassy engine booming down the straight, it was even a lot of fun to hustle around fast, even though a large part of my brain kept telling me that this was just foolish and inappropriate behaviour.

Admittedly, the XJR still makes more sense on a public road, where it is deathly quiet, buttermilk smooth and absurdly powerful, overtaking pick-up trucks and other American detritus as if they were merely large traffic cones. Overtaking is something the XJR truly excels at.

The interior - complete with lush TFT screens that feel highly futuristic in such an otherwise old-worlde car, lashings of leather and timber and softly padded linings you could just about bury your face in - is a fabulous place to be. The steering is also considerably more responsive and enjoyable that in the standard car.

In terms of sheer luxury, and Germanic brilliance, it might not quite reach S Class levels, S63 levels in particular, but it has a beauty and sense of absurdity that make it stand on its own anyway.

It might not make sense, as a conceptual idea, but the XJR makes perfect, brilliant sense while you're driving it. Even on a track. 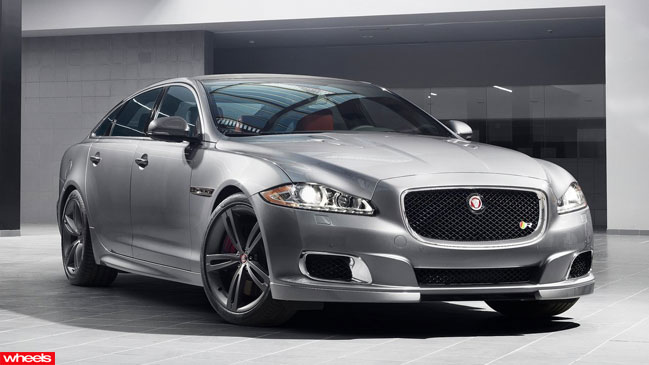 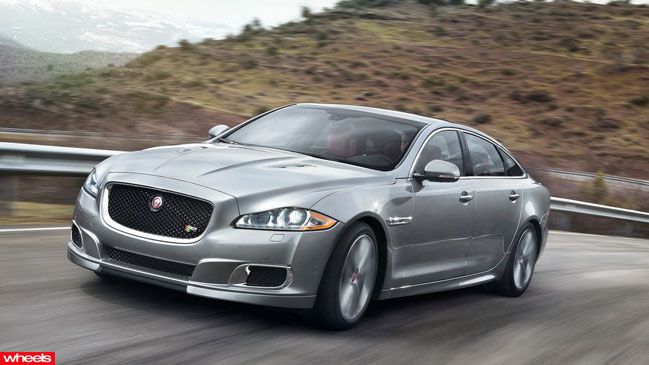 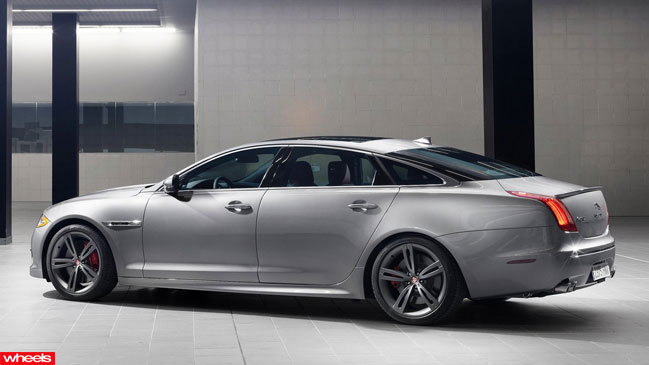 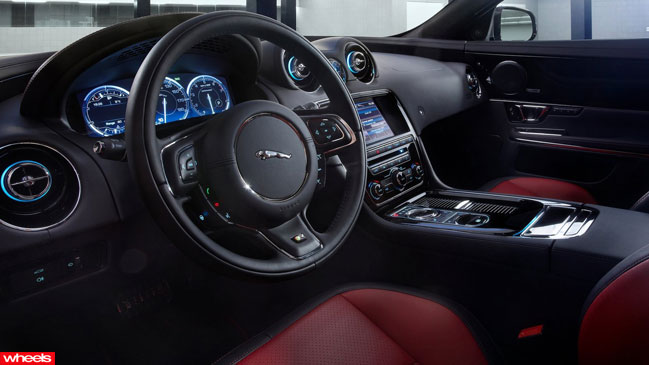