THERE are now two more reasons your next chariot should be Roman, with the arrival of the diesel version of the sixth-generation Maserati Quattroporte, just a couple of months after the mid-range six-cylinder S.

Consider that, aside from wheels and minor equipment differences, the oil-burner is specified the same as the models above it and either the V8 is a monumentally expensive engine, or the VM Motori diesel is amortised across enough models to make it dirt cheap. Probably a bit of both.

Eased into entertaining the thought of Maserati ownership via the revived Ghibli, the $29K jump to a new base Quattroporte almost seems manageable.

However, the impact of the Fiat-Chrysler integration can be felt in the cabin, and the influence of China’s New Money is obvious in a broader, longer new model designed to put rear passengers first.

The turbo-diesel sounds deeper, louder and more guttural in Sport mode, but never especially sporty sounding – certainly no selling point in its own right, as it was with the old atmo V8.

No criticism of the surging 600Nm underfoot from 2000 revs, though. The least-expensive Quattroporte brings effortlessness that befits the Trident, with a ratio for all occasions in its slick ZF eight-speed auto.

Smooth roads reveal steering precision, and chassis balance and cohesion, but on more typical bumpy coarse-chip, the hydraulic steering rack rattles even at the straight-ahead and, regardless of which of the two modes the dampers are in, the ride is busy, not helped by the 20-inch alloys on our test car. With bumps and corners, much of the big four-door’s poise vanishes.

The chassis shortcomings are obvious on the sort of country roads Maserati sees its customers touring. We see them, instead, cruising our cities, enjoying drivetrain refinement and efficiency, basking in cabin space and soaking up Italian flair, which can be found anywhere there isn’t a Chrysler-sourced knob, button or stalk, in a variant that brings newfound accessibility to the Quattroporte line-up. 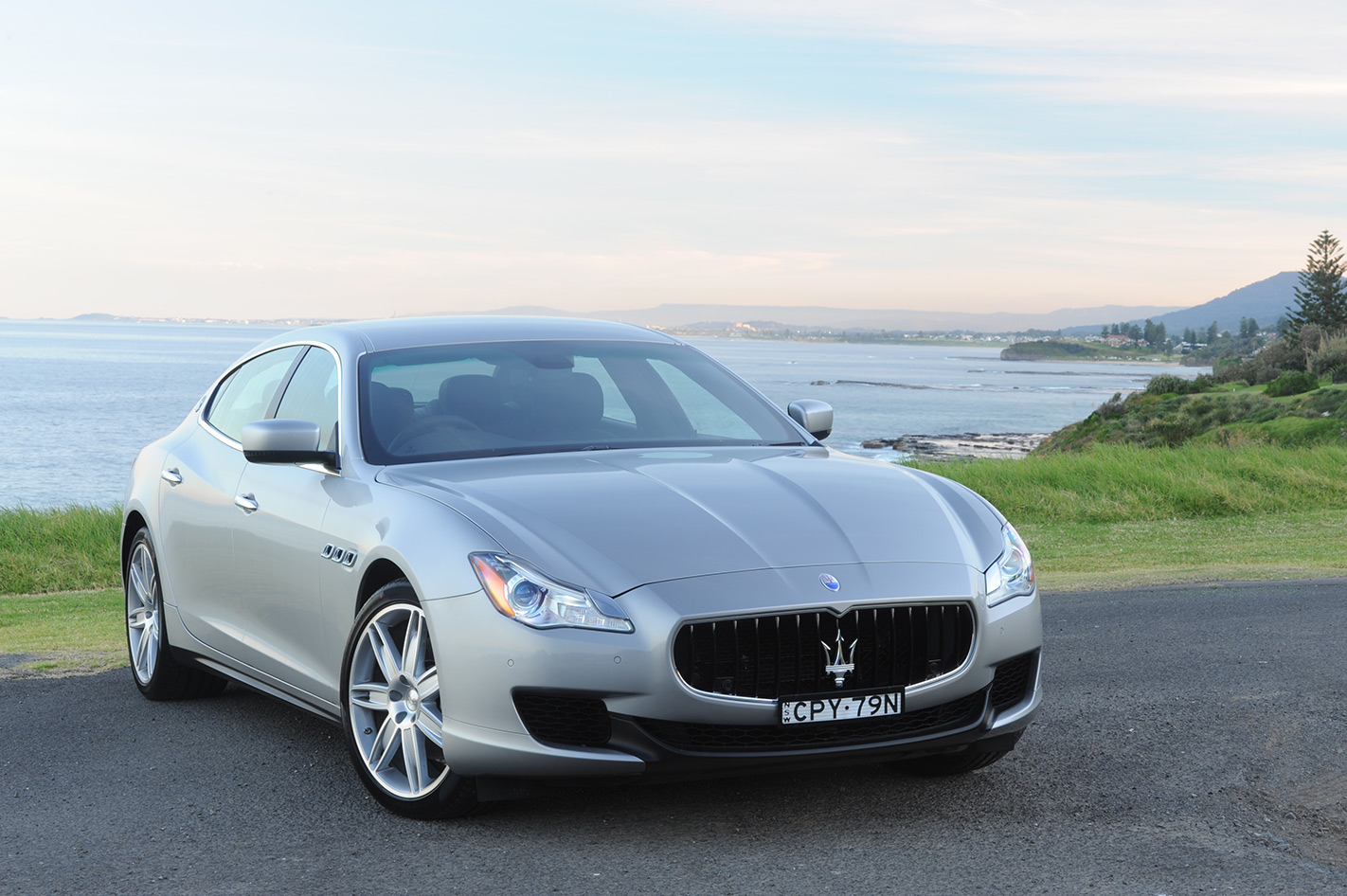 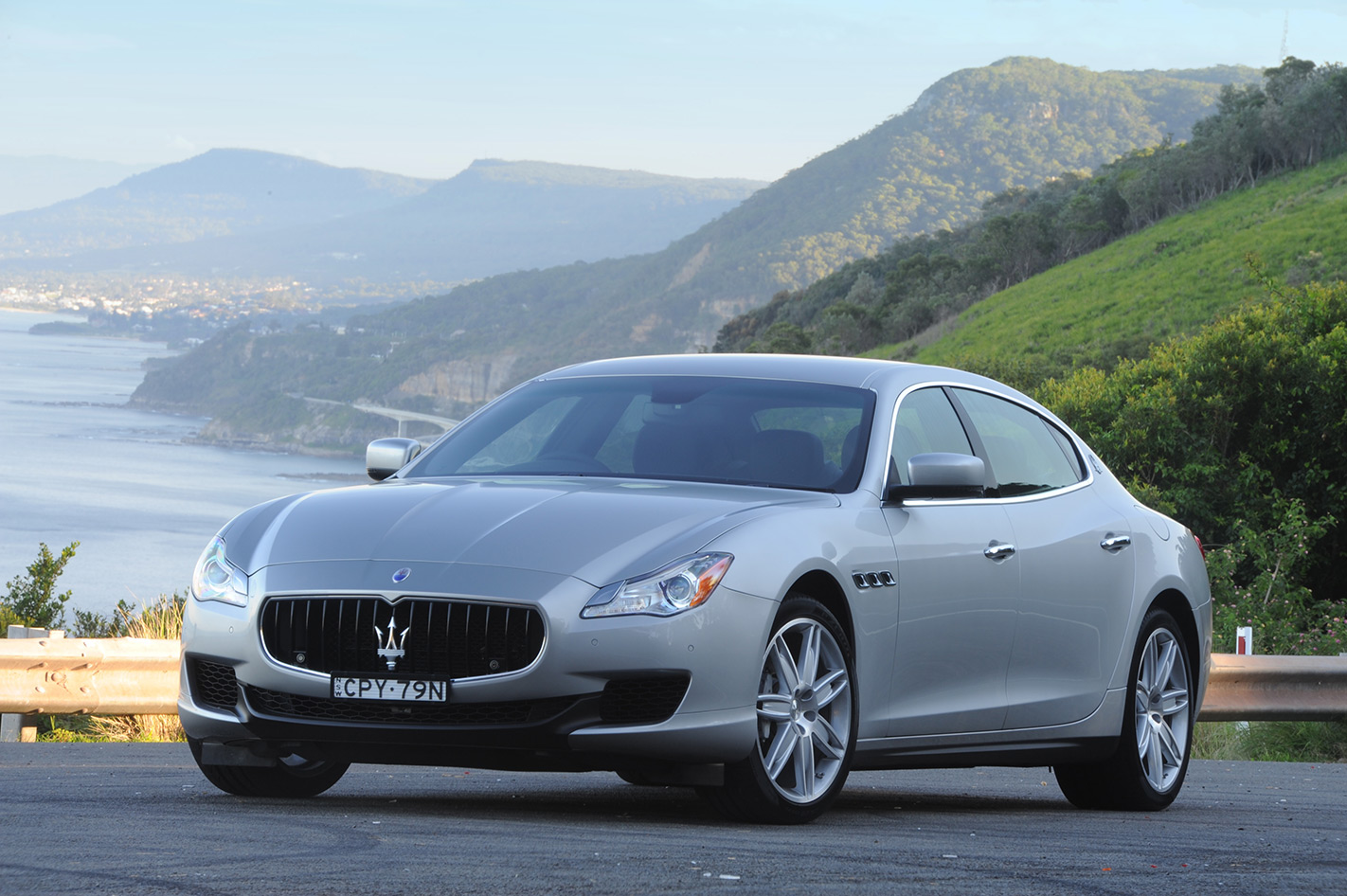 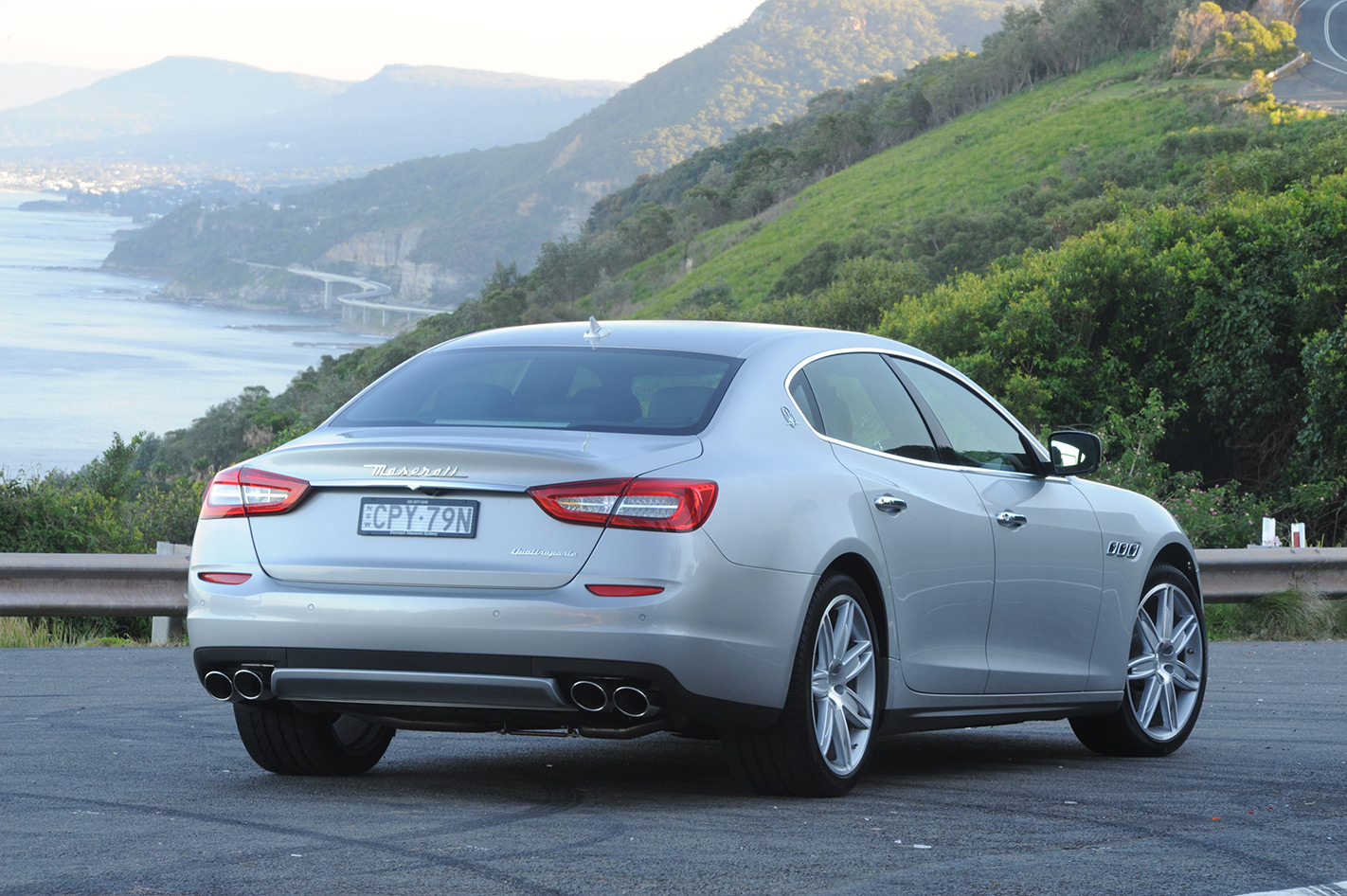 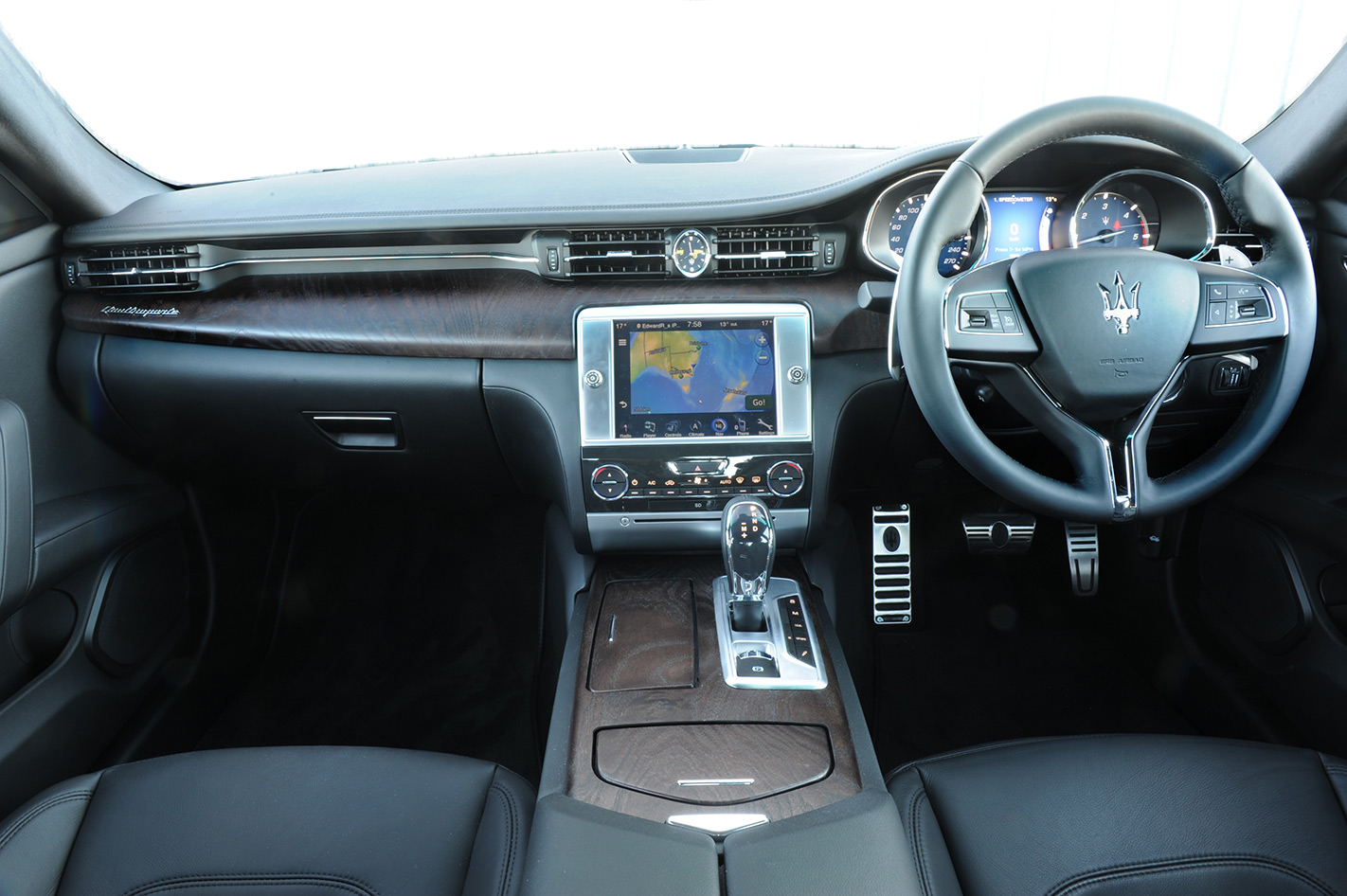 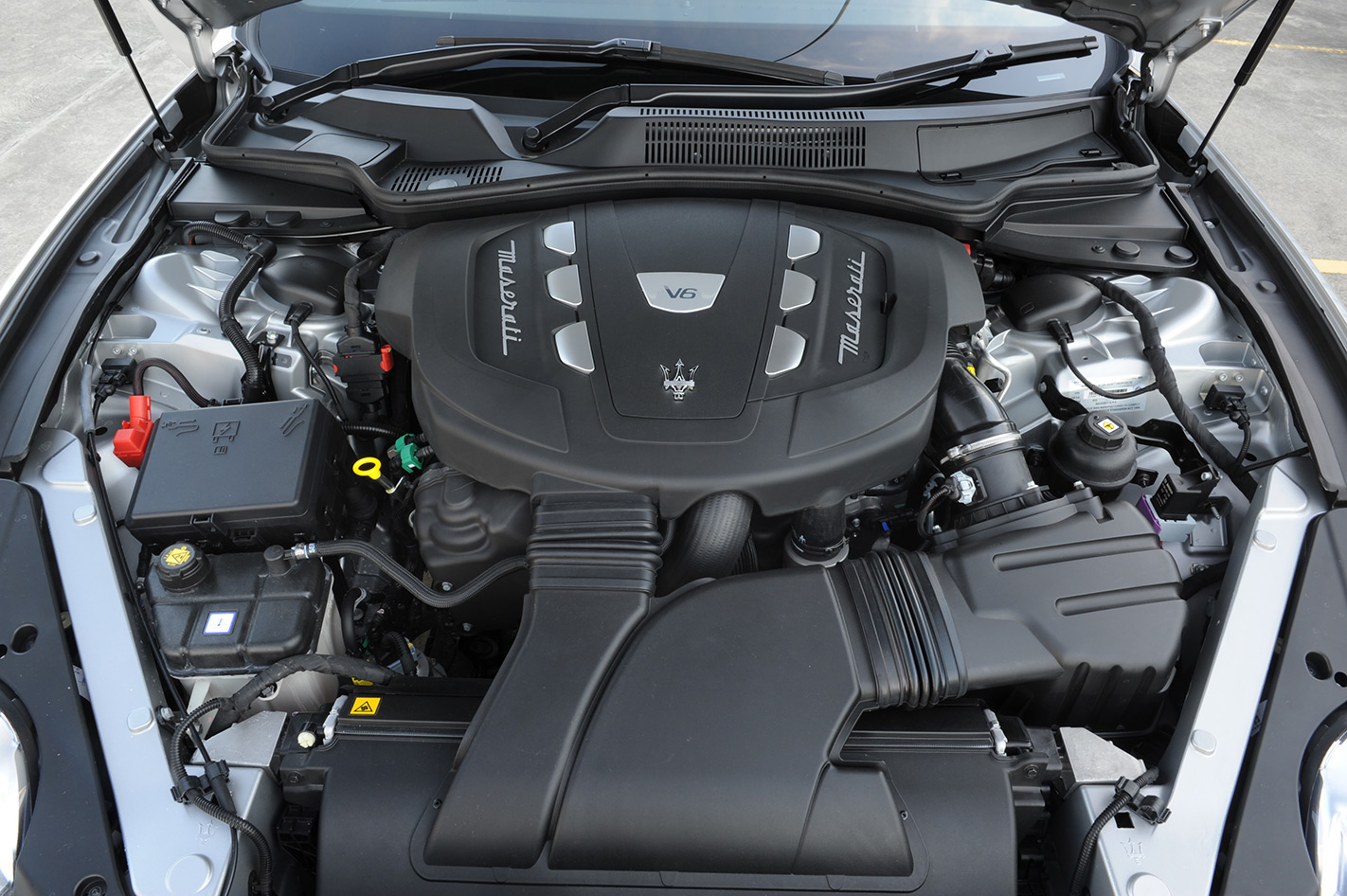