MAZDA’S most expensive current-generation 3 has landed in Australia, with a raft of standard luxury and driver-assist features to help justify its lofty positioning.

Priced from $40,230 plus on-road costs, the diesel-engined XD Astina attracts a $4040 premium over the SP25 Astina petrol equivalent – a cost the company says is partially due to the economy-enhancing i-Eloop regenerative braking technology.

As the new performance leader of the BM-series Japanese small car range – at least until the MPS materialises in 2016 – the XD Astina comes with a standard six-speed manual gearbox (with two final-drive ratios), something that the rival Volkswagen Golf 110TDI Highline, Ford Focus Titanium TDCi Powershift, Audi A3 TDI and Mercedes-Benz A200 CDI fail to match.

However, the optional ($2000) six-speed automatic transmission option, a first for a diesel-powered 3, is expected to account for about 60 percent of sales.

The car’s 2.2-litre direct-injection four-cylinder engine is the same as in the Mazda CX-5 and 6 SkyActiv D.

The result is an acceleration time of 7.7 seconds to 100km/h on the way to a 216km/h top speed for the manual – or 8.4sec for the auto, which is half a second slower than the 92kg-lighter SP25 GT hatch we tested in March.

On the economy front, the XD is the second Mazda (after the 6) with the i-Eloop tech, which recovers and stores otherwise lost kinetic energy into the electrical system.

Additionally, idle-stop is standard, contributing to a 5.0L/100km fuel consumption average in the manual (5.2L for the auto), compared with 5.7L/100km for the most economical petrol-powered 3.

A number of items differentiate the diesel from its petrol counterpart, including an exhaust sound synthesiser for a sportier noise, shiny 18-inch alloys (with 215/45R18 tyres), LED front fog lights and a glossy rear-bumper valance insert.

The attractive, well connected and ergonomically sound cabin sports cosseting suede/leather seats, a superb driving position and excellent instrumentation – though storage space is more limited than it was on older-gen models and rear vision is pitiful.

Aside from SkyActiv D badging on the back, the easiest way to pick the XD from the otherwise identical SP25 Astina is 70s Golf GTI-style red piping along the lower edges of the grille.

On the road, the first surprise is that, while it sounds somewhat clattery in that direct-injection way from outside, the drivetrain is agreeably more muted inside.

Feather the throttle and the sheer quietness of the velvety forward thrust that follows after the briefest of hesitations continues to be at odds with drivetrain assumptions.

Whether in the satisfyingly weighty and beautifully positioned manual (our favourite) or slick and quick-witted auto, the seamless ease with which the speed builds is a delight, imbuing the XD with an effortlessness that matches the best from Europe.

Clearly the Japanese engineers have worked hard tuning the electronics to keep that 420Nm torrent of torque from corrupting the front wheels.

Outstandingly tractable, yet uncharacteristically revvy for a diesel, the XD pulls strongly and is a rapid yet relaxed point-to-point performer, barely registering 1950rpm at 100km/h in sixth gear in the auto.

Blasting along twistier bits, the chassis continues to keep its cool, with a composed cornering neutrality underlined by a beautifully calibrated traction system.

However, the XD’s heavier front end turns it into a reluctant handler, lacking the sheer alacrity of the SP. And a little more low-speed steering bite wouldn’t go astray, though it feels fluent, responsive and rock-solid at higher speeds.

Of more concern was some brake fade after a session of downhill mountain-road revelry on the launch, suggesting an upgrade is required from the unchanged 3 set-up of 295mm vented front and 265mm solid rear discs.

Coarser bitumen revealed the low-level droning we’ve come to endure from most Mazdas, but the supple ride quality proved to be a positive for a car with sporty intent.

The stridently relaxed yet muscular XD makes for a convincing and dependable upmarket alternative to a Euro diesel. 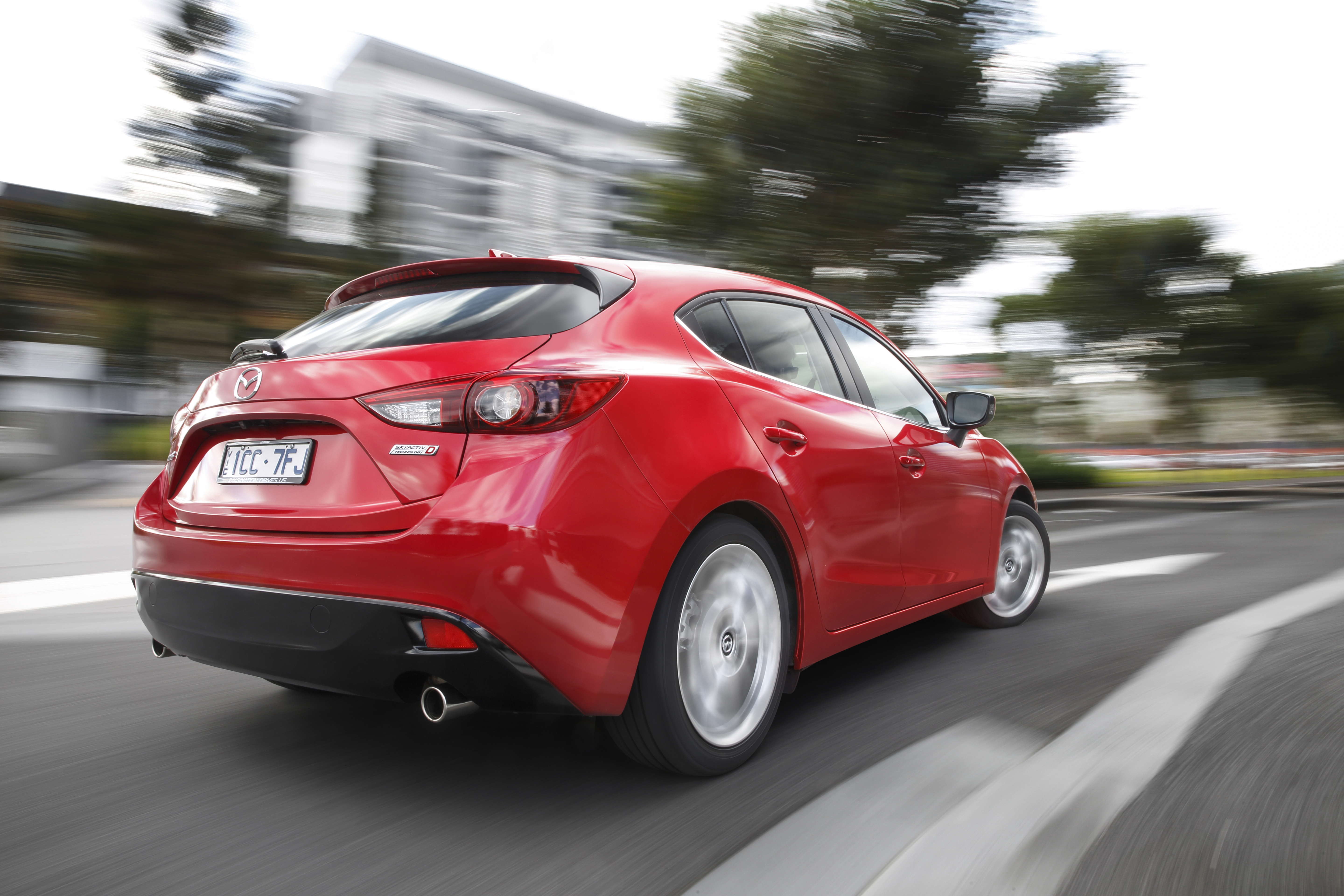 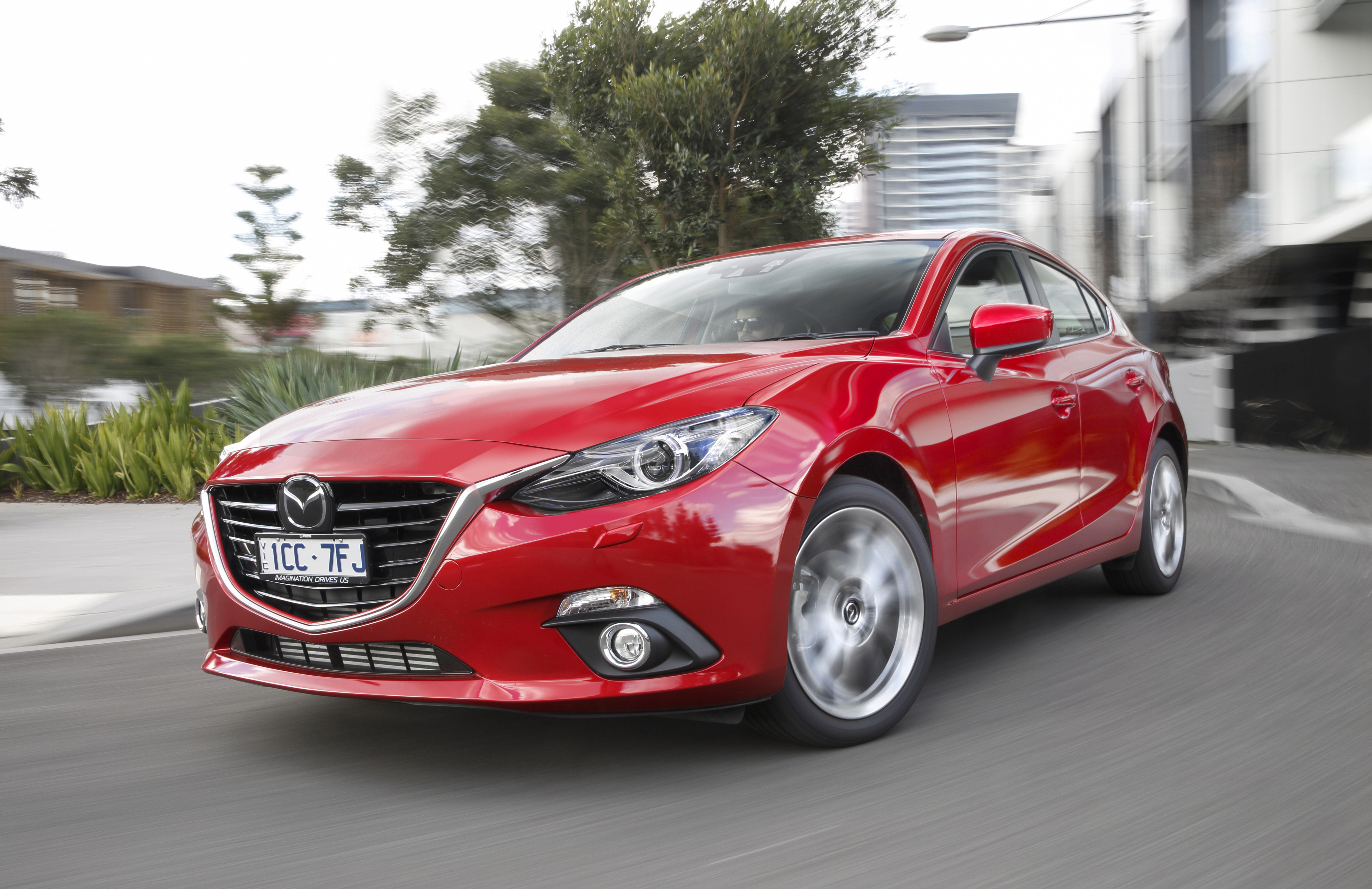 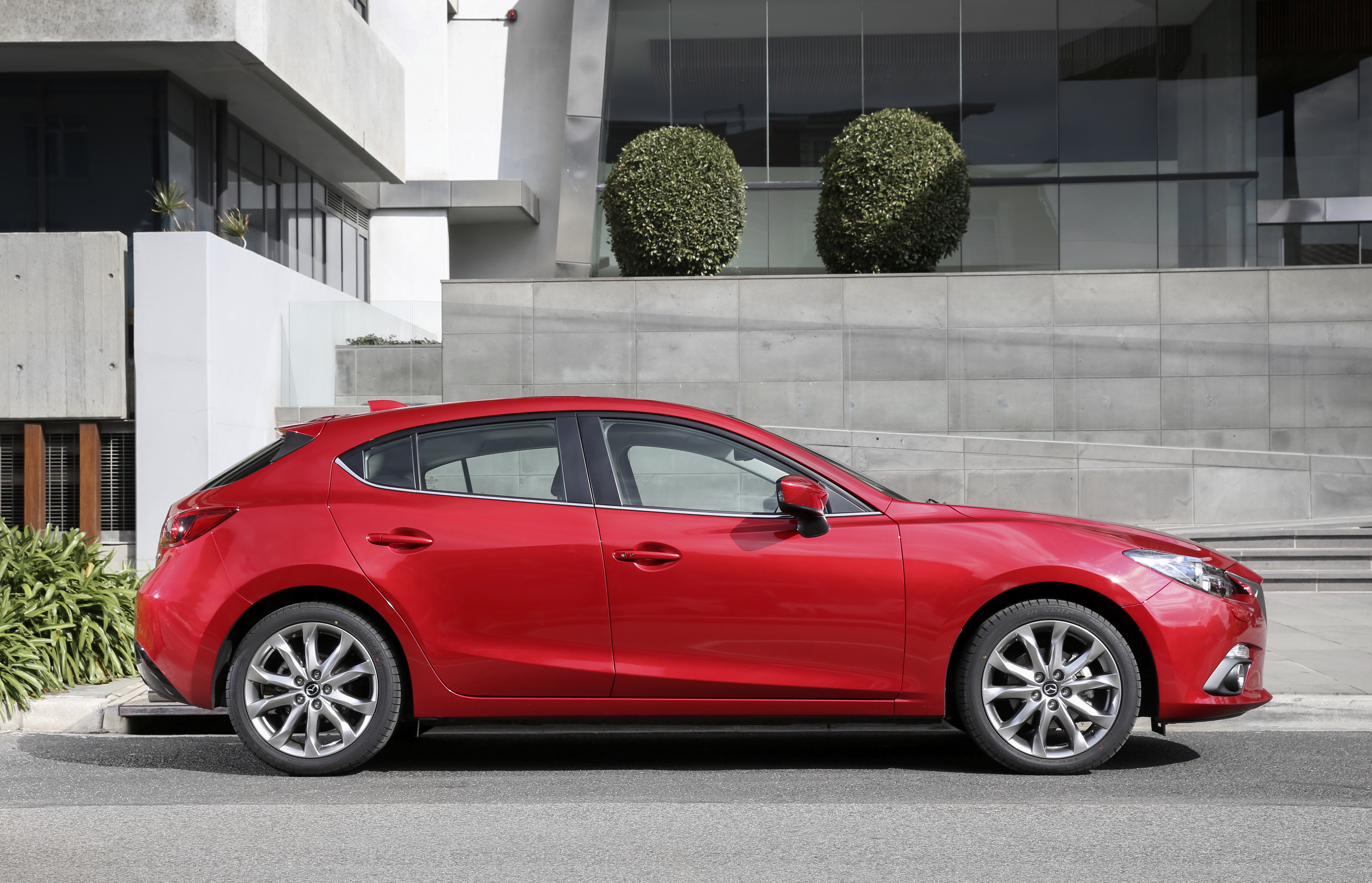 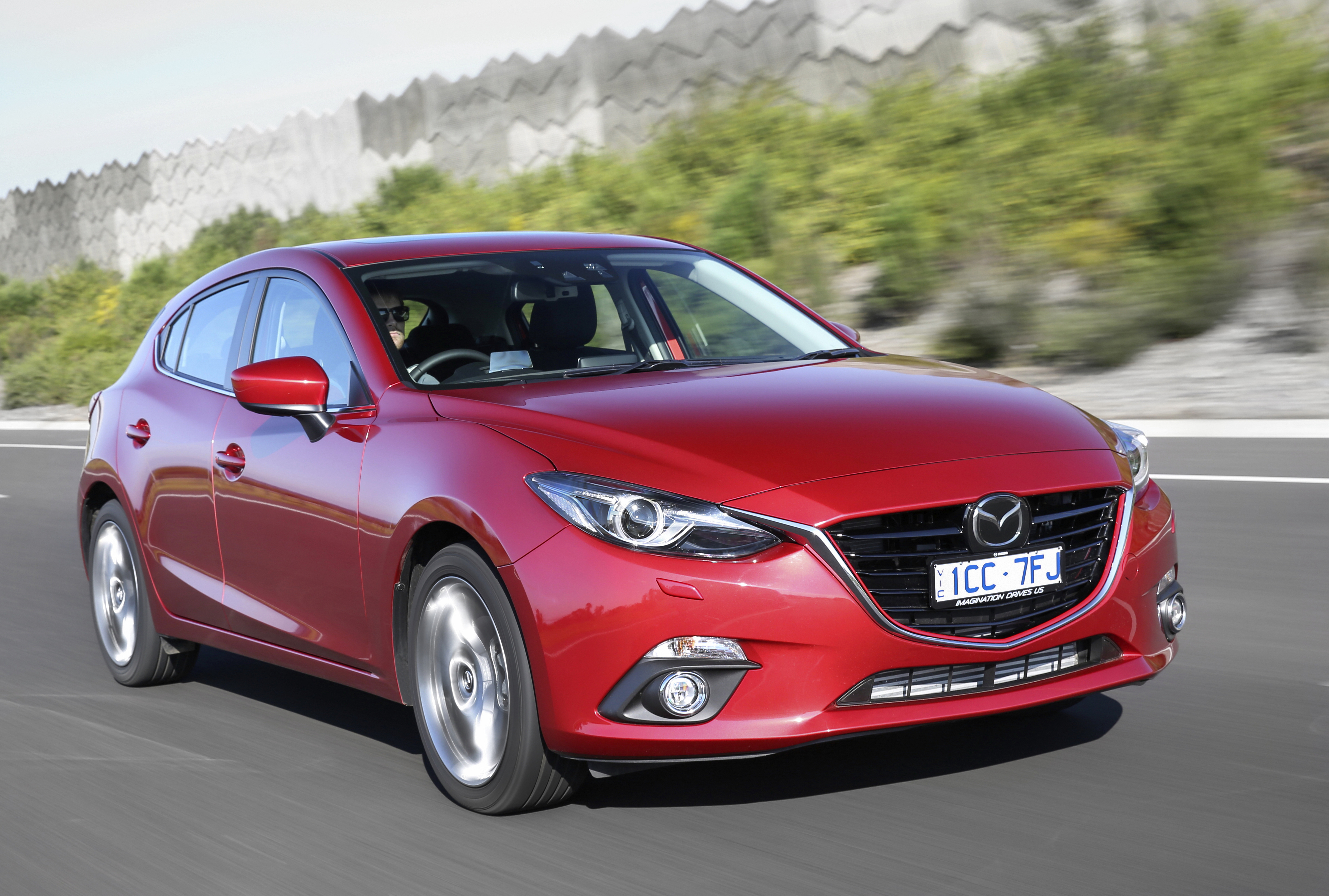 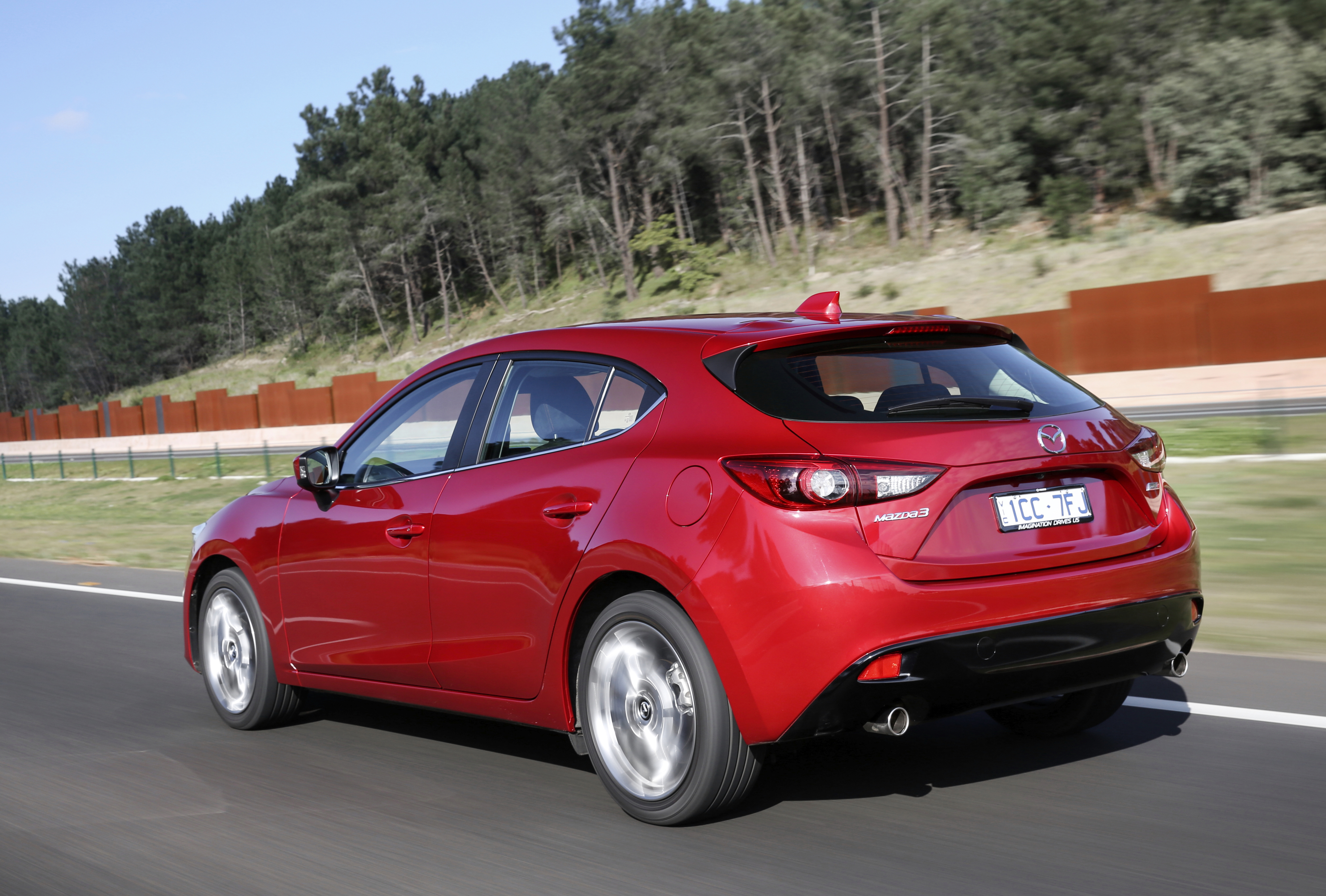 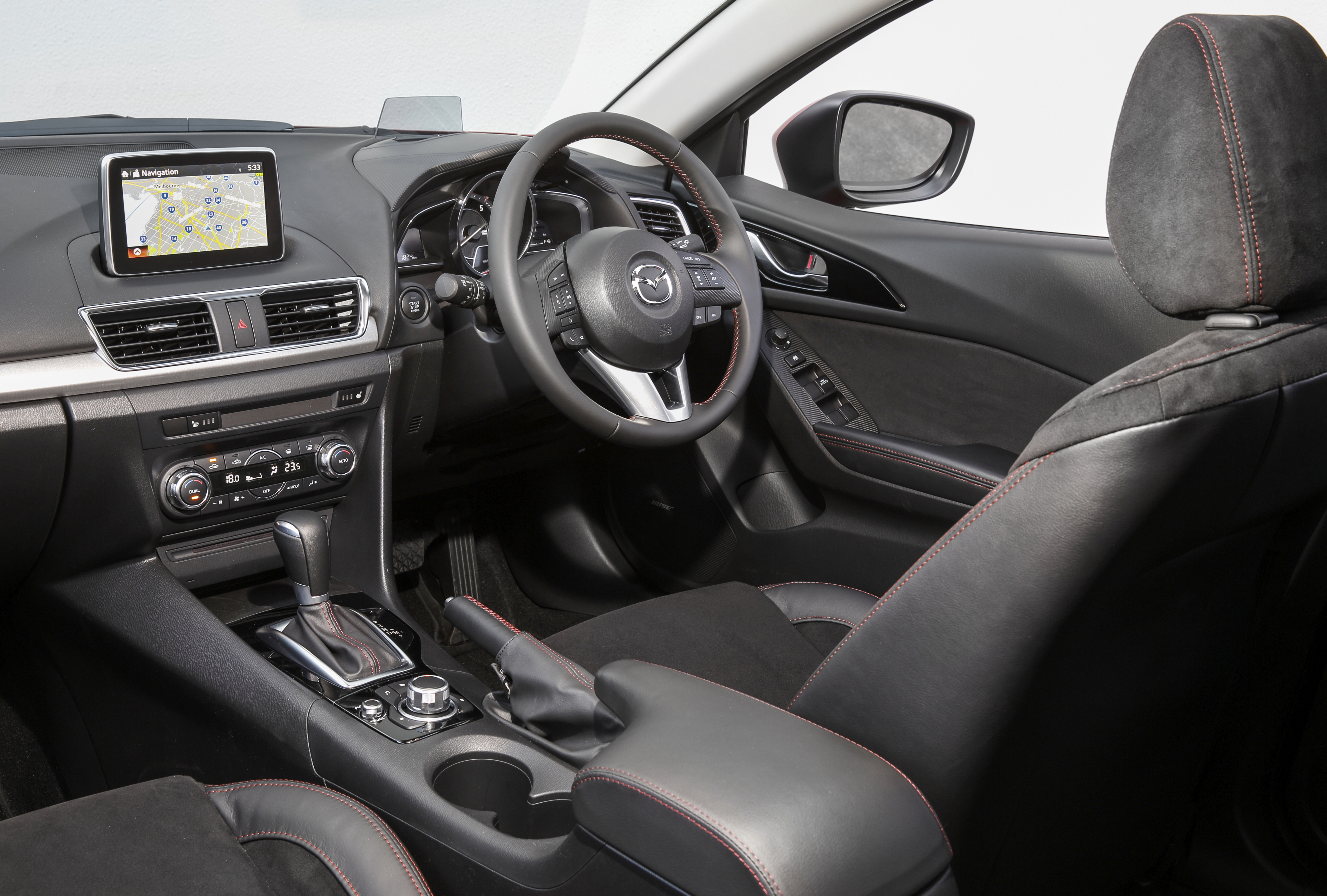 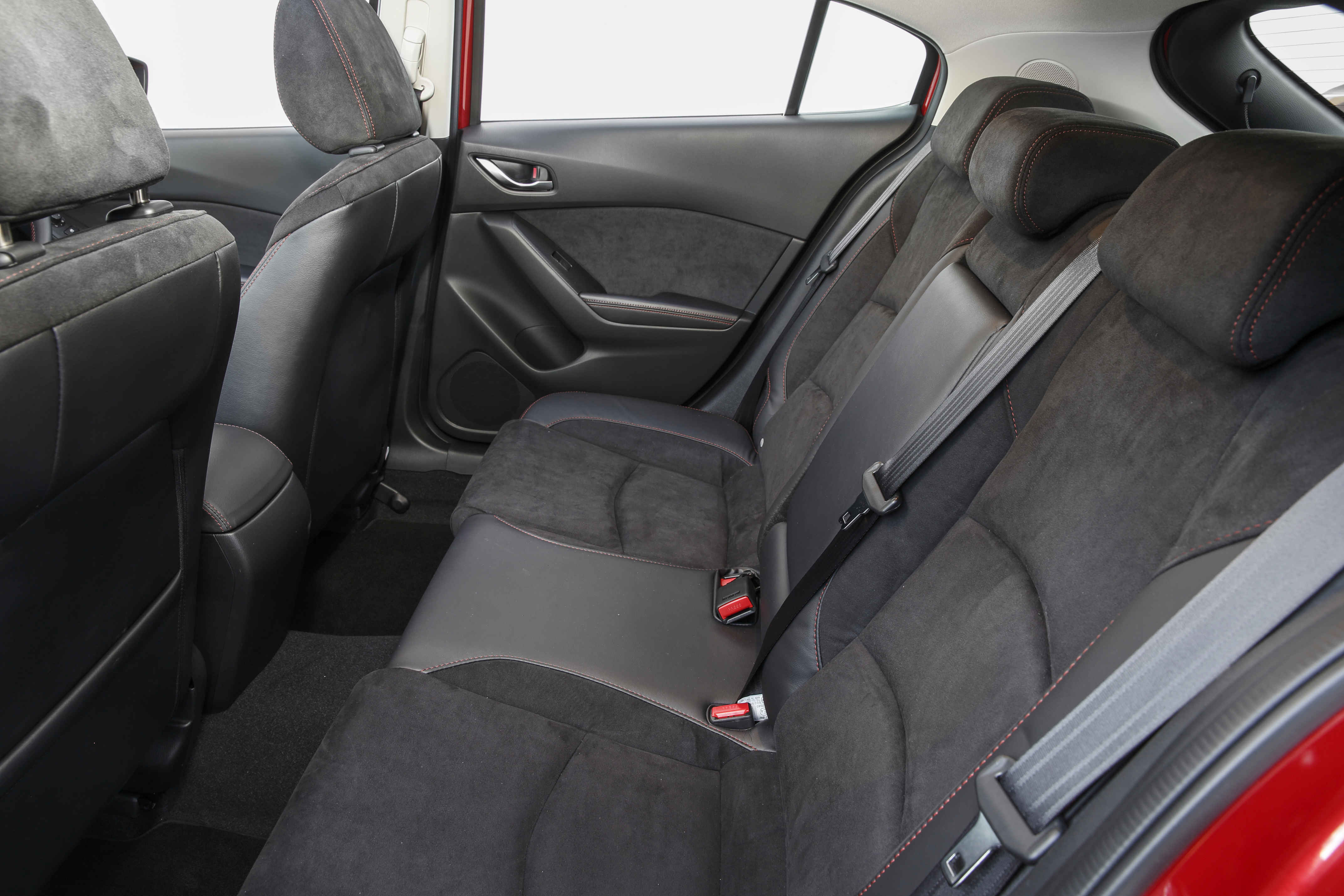 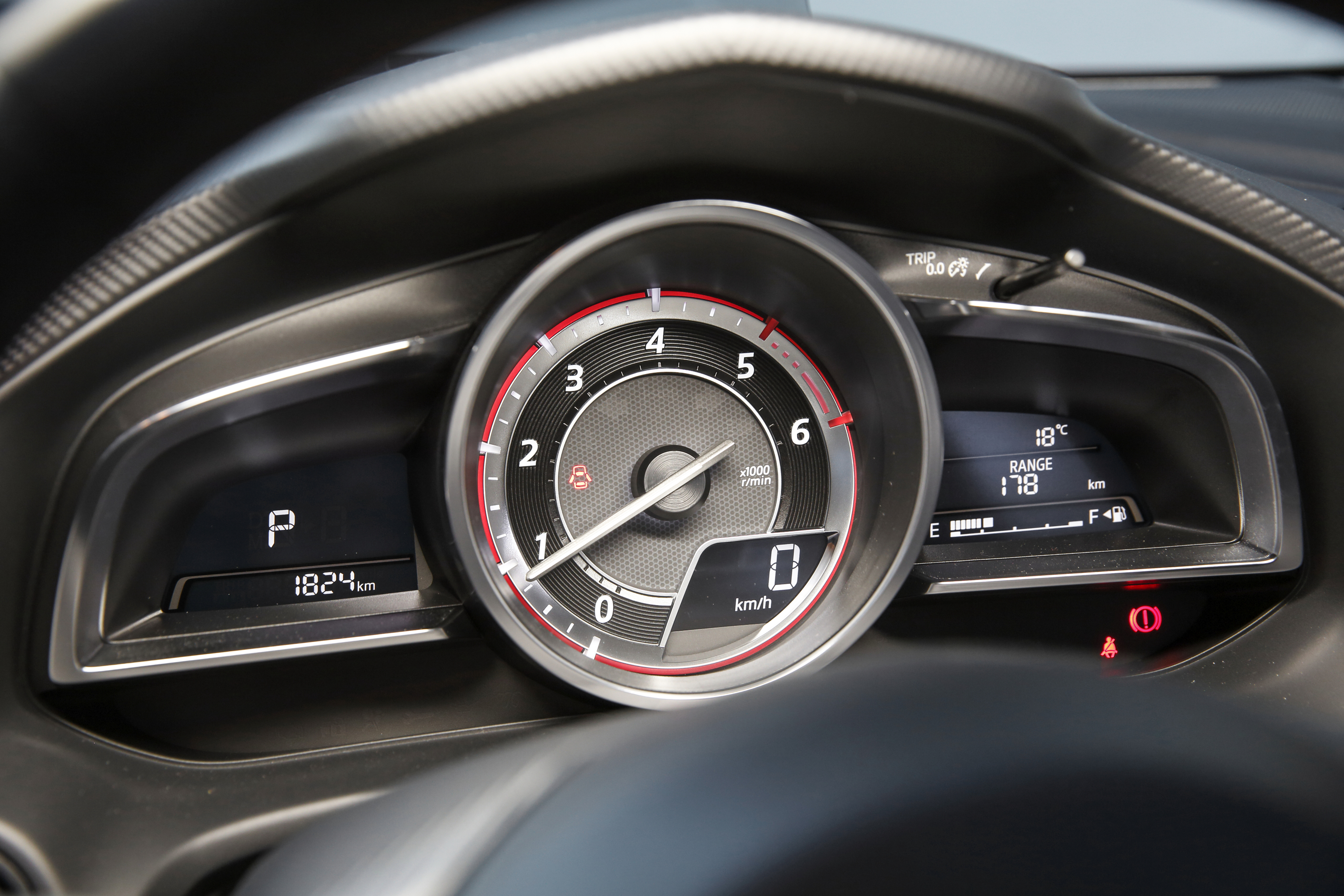 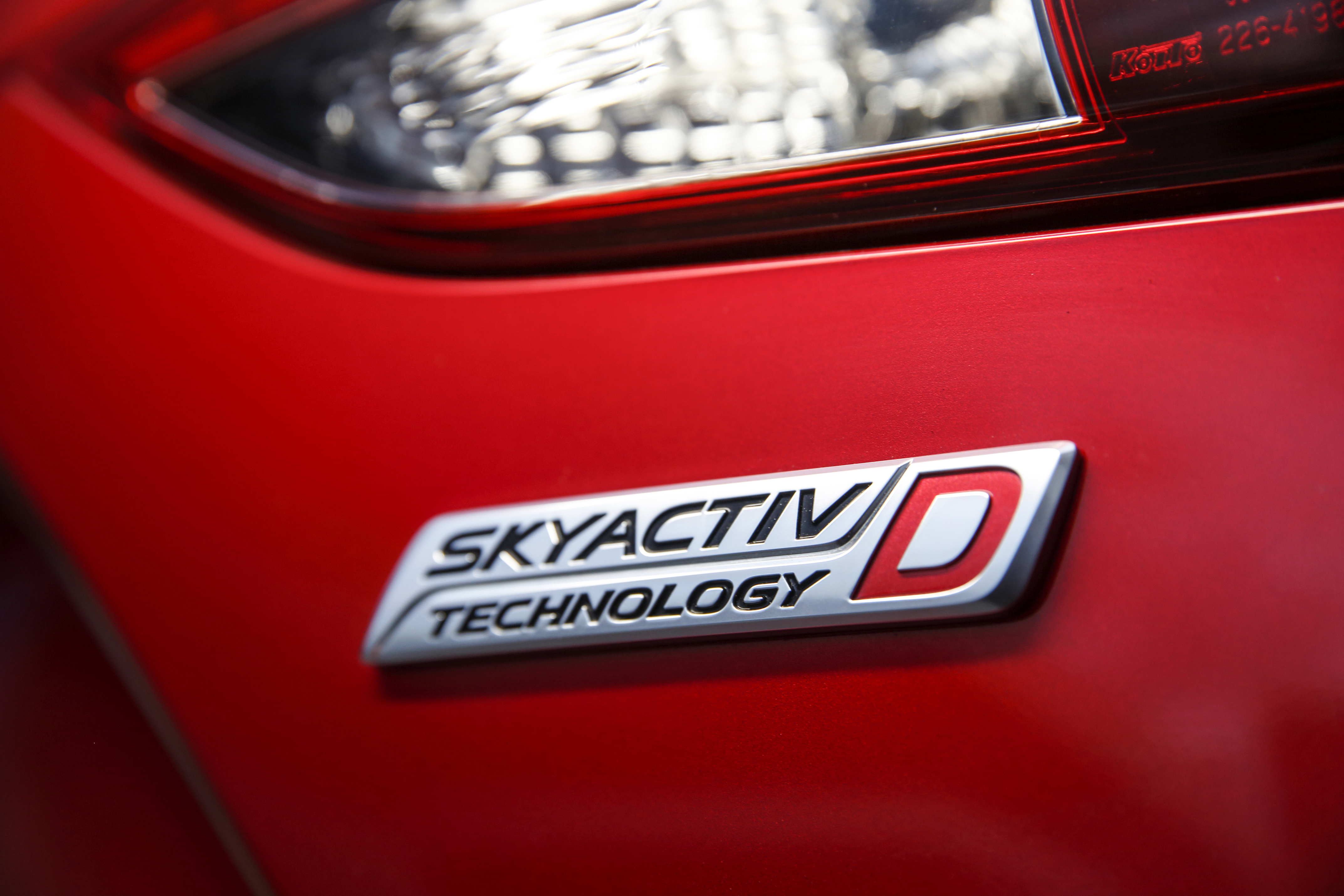