TWO laps of a small circuit in a pre-production prototype with a drivetrain Australians will never see isn’t the ideal first-drive scenario.

This pre-production Mazda 2 wears camo over its Kodo design, and beneath the bonnet are a weedy 55kW Euro-market version of Mazda’s new 1.5-litre SkyActiv-G four and a five-speed manual gearbox. Nevertheless, one of the new 2’s strengths is obvious even before departing the Mine circuit’s pit lane.

The prototype’s interior plastics are mostly untextured, but the basics of the instrument panel design are there to see. Instead of the current 2’s Hello Kitty level of dashboard cuteness, the new one is attractive in a more mature manner. Circular air vents make it even a little more European-flavoured than the 3.

The new 2 – due in Australia in October – is significantly larger than the current model, which was built on the DE architecture jointly developed with Ford. The new 2’s Mazda-engineered platform has 80mm more wheelbase, and the car is 160mm longer and 25mm taller. Only width remains unchanged.

Front seat room is good, and the driving position is fine. Rear seat room seems above average for a B-segment car, but with that big wheelbase stretch, it seems like there should be more. Perhaps Mazda spent the extra millimetres on cargo space because the boot appears spacious.

The Mine circuit in south-west Japan used to be a normal racetrack until Mazda bought it in 2006. It’s relatively tight, with only one long straight. In the pre-production 2, it feels very long indeed.

The car’s Euro-market 55kW/135Nm engine is nicely refined, but short on power. It really struggles to cover the gaps between the five-speed manual’s ratios. The Australian-market 2 will be a very different drive (see sidebar).

The new 2 seems more grown-up than the model it replaces. Refinement extends to the chassis, and tyre and wind noise are low for a light car. The handling is predictable and decently precise. The prototype’s 185/65R15 Michelin Energy Savers aren’t especially grippy, but the 2 feels nicely balanced through every phase of cornering at Mine.

If there’s a problem, it’s the steering; the electric system doesn’t seem as direct as we remember the current model’s being, and there’s also a shortage of feel.

Two laps is not nearly long enough to decide whether the Mazda 2 will be Australia’s next light-car class leader. But with its interior class, rolling refinement, promisingly high-tech drivetrains and seemingly flaw-free chassis, it’s certainly going to be at the pointy end of the field. 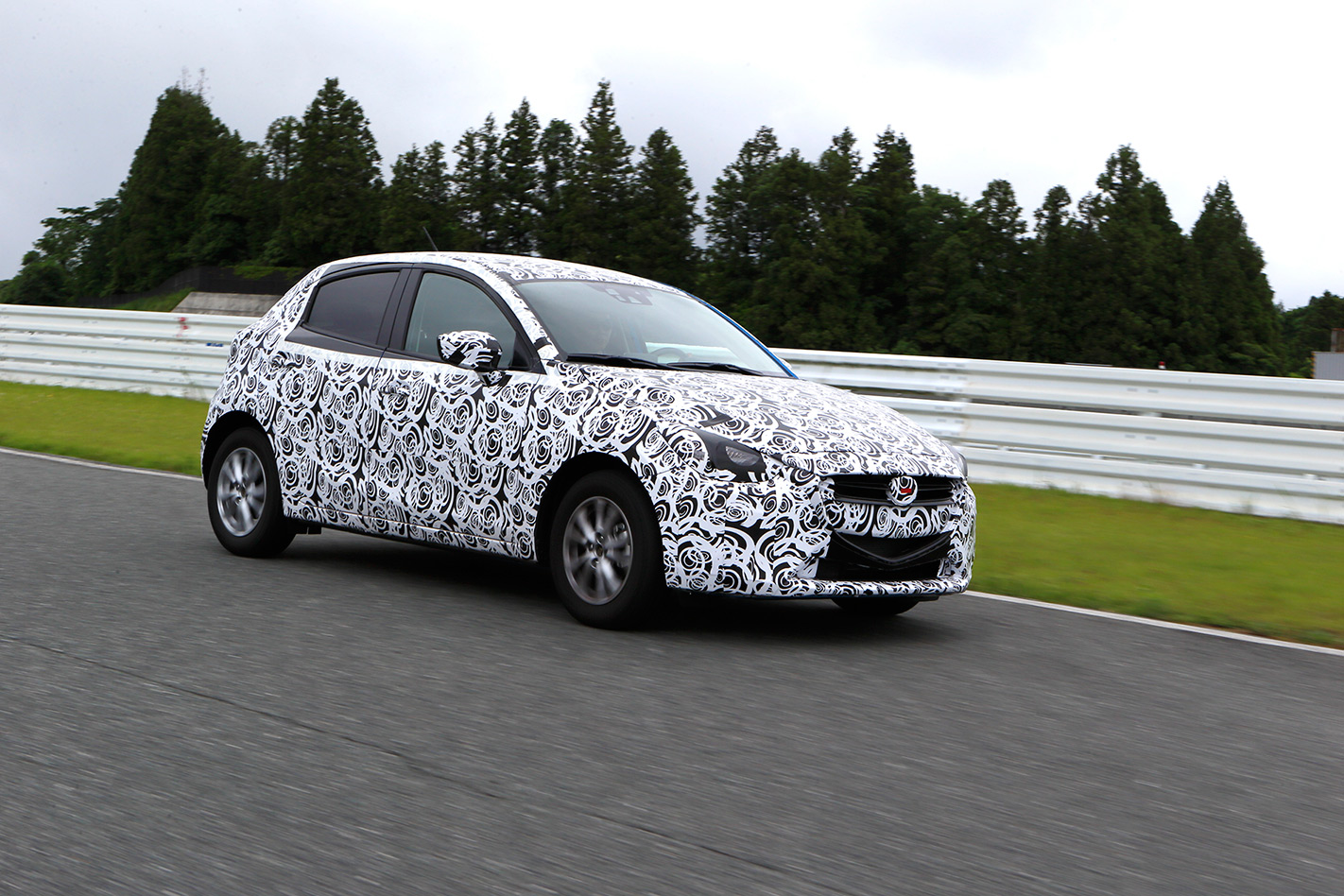 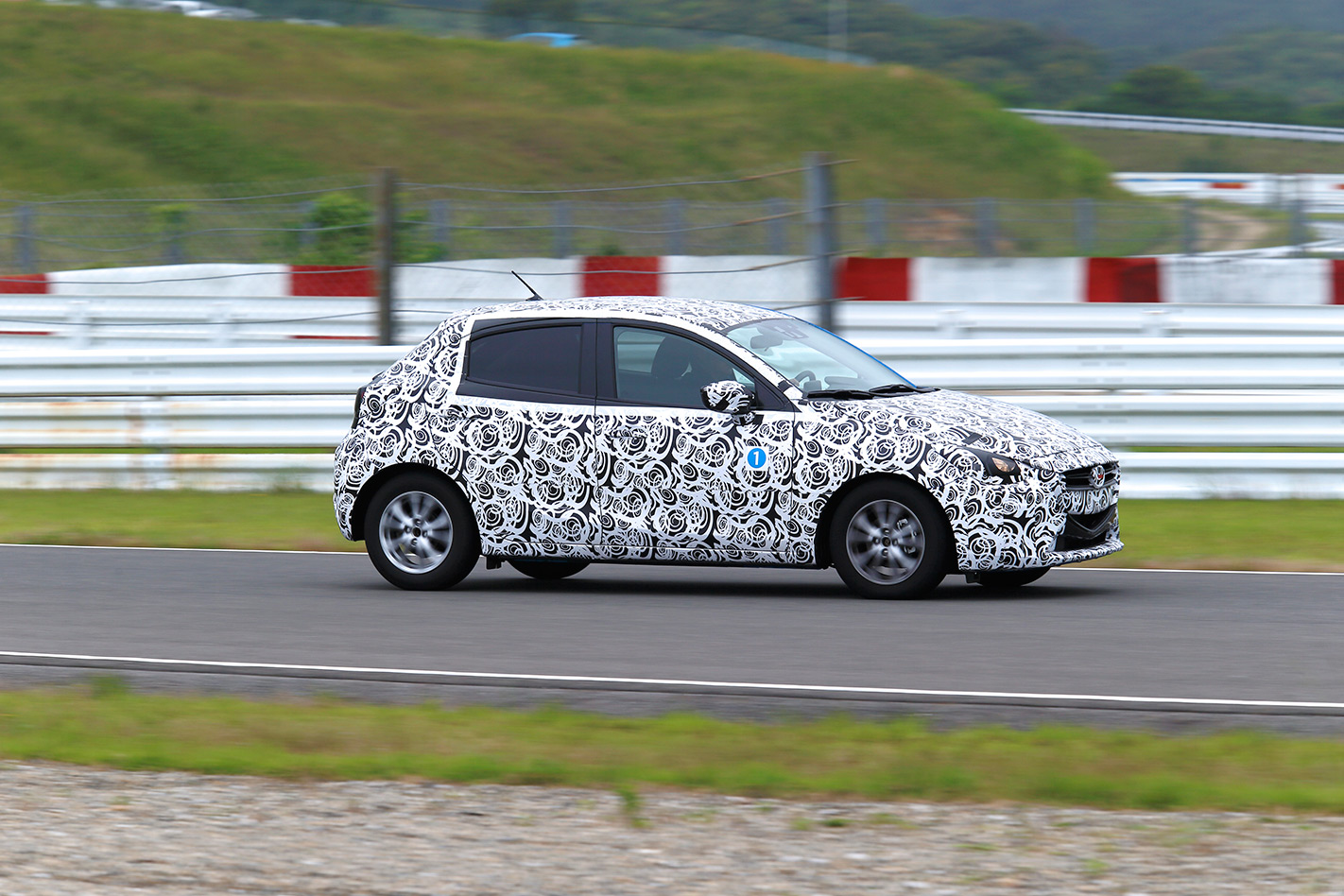 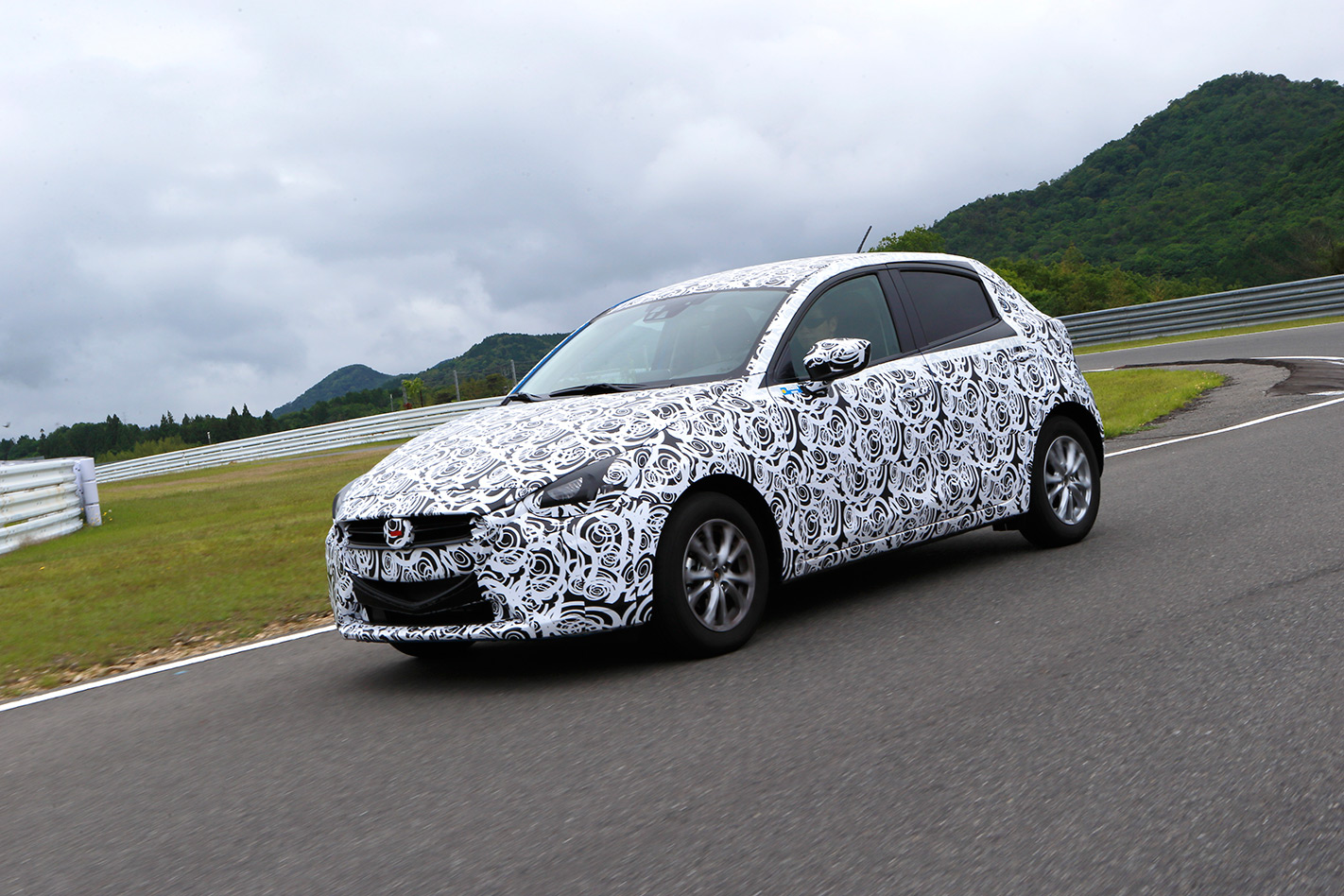