IS AN extra 11kW and 10Nm enough to give a car its own identity? Porsche thinks so. It is drawing heritage lines for the new Cayman GTS that extend right back to the 1963 904 GTS race car and the road-going version that followed. More recently, GTS initials have been slapped on the rumps of the 997-series 911, Cayenne and Panamera. But it’s the Cayman coupe which is closest conceptually to the mid-engined 904 of half a century ago.

Wheels drove both the Boxster GTS and Cayman GTS at the international launch; here we’ll focus on the latter, which is headed to Australia in August.

No question the GTS version stands out from the Cayman crowd visually. It gets a unique nose topped with smoked headlight covers, rides 10mm closer to the ground on active suspension (PASM) and 20-inch alloys raided from the 911 Carrera S. GTS badges adorn the sills and, at the rear, a reworked diffuser adds a little more visual mongrel.

As for those many mechanical changes that liberate the additional 11kW and 10Nm, that would be… none. The power and torque boost comes courtesy of lines of computer code in the ECU targeting the 3.4-litre flat-six’s variable inlet valve timing. So the modern-day GTS moniker is as much a marketing play as it is about flagship performance.

Of those GTS changes, the only physical components not already available to regular Cayman S buyers are the body embellishments. PASM and the Carrera S alloys are $3390 each, the Sports Chrono pack another $4790, which explains only a little more than half the GTS’s $21,500 tariff over the S.

But that doesn’t mean the GTS is any less credible as king of the Caymans (at least until the rumoured GT4 arrives). It positively owns that throne. When you start with a competent base like the Cayman S, beef up the power and give it all the parts necessary to maximise application of said power, the results are always going to raise a smile.

We tested the Cayman GTS on Mallorca – an island better known to Aussies as Christopher Skase’s bolt hole of choice – on both winding mountain roads and a particularly tight and technical racetrack. In both settings, the Cayman proved that more power has not corrupted one of our favourite driver’s coupes. Far from it.

The Cayman GTS’s seemingly mediocre gains are palpable, and so very welcome. Everything feels more. There’s more aggression on turn-in and more grip through corners. It packs more punch out of the corner, and hurries through the gears more eagerly. Together, it’s not enough to make a ‘standard’ Cayman S feel slow, but enough to know you’re in something that is definitely quicker, more capable, and more exciting.

Compared to the latest crop of turbocharged torque monsters, the free-breathing GTS feels light-on below 4500rpm. But it revs so smoothly and fast, and sounds so bloody good doing it, it’s not exactly a trial keeping this aspirated six spinning in the fast half. Especially if you’ve got the sports exhaust cracked. The engineered over-run burble is particularly evocative and delicious. And properly thunderous in tunnels.

The GTS comes with a six-speed manual transmission, but unless you take deep pleasure in DIY gearchanges, or just like the added involvement, then the optional seven-speed PDK ($4990) is faster and smoother and hard to argue against.

The GTS is not a halo model in the truest sense, but it is a worthy Cayman flagship, and it does deliver on Porsche’s ‘GTS’ promise of an authentic sports car for both road and track. That’ll do us just nicely. 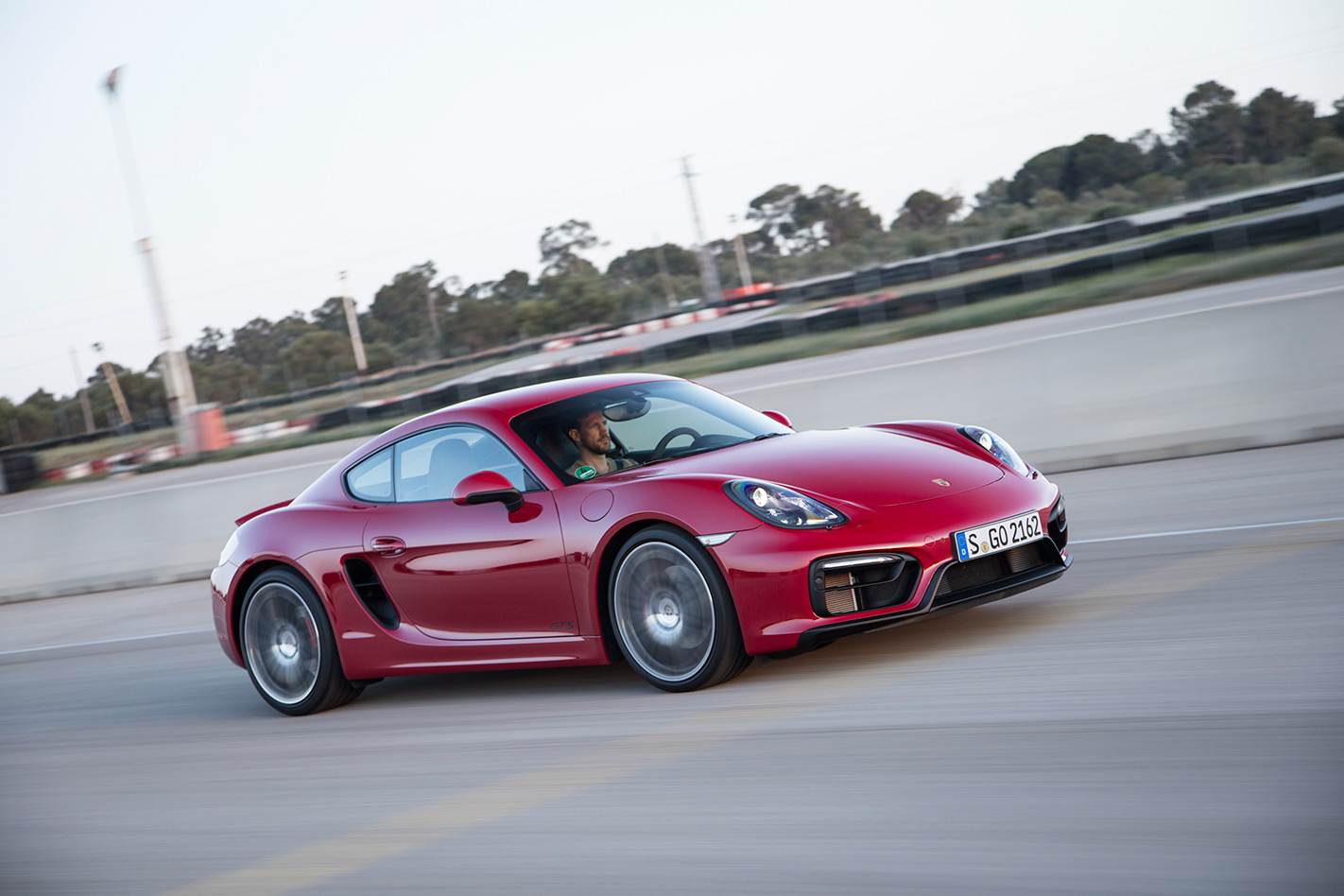 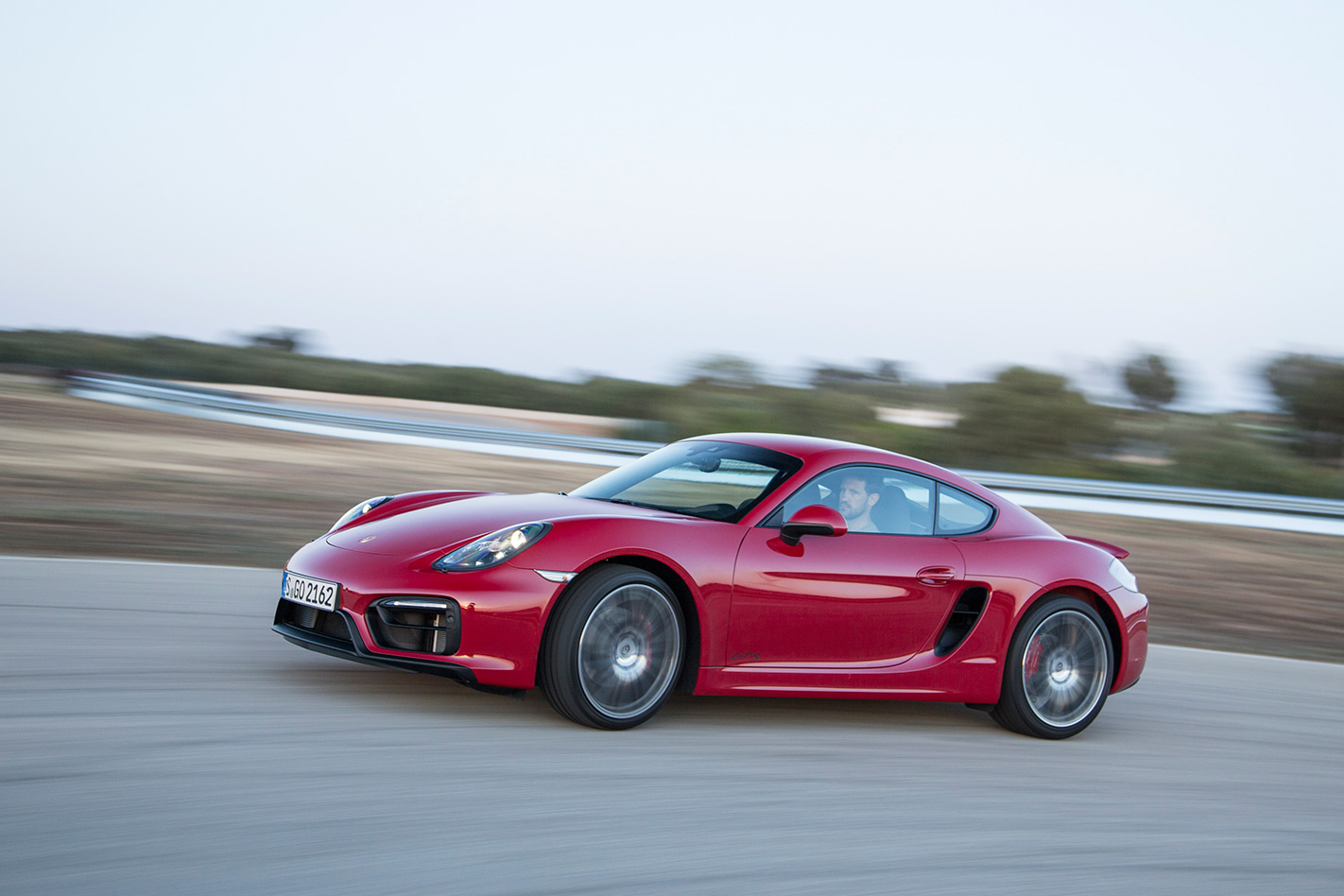 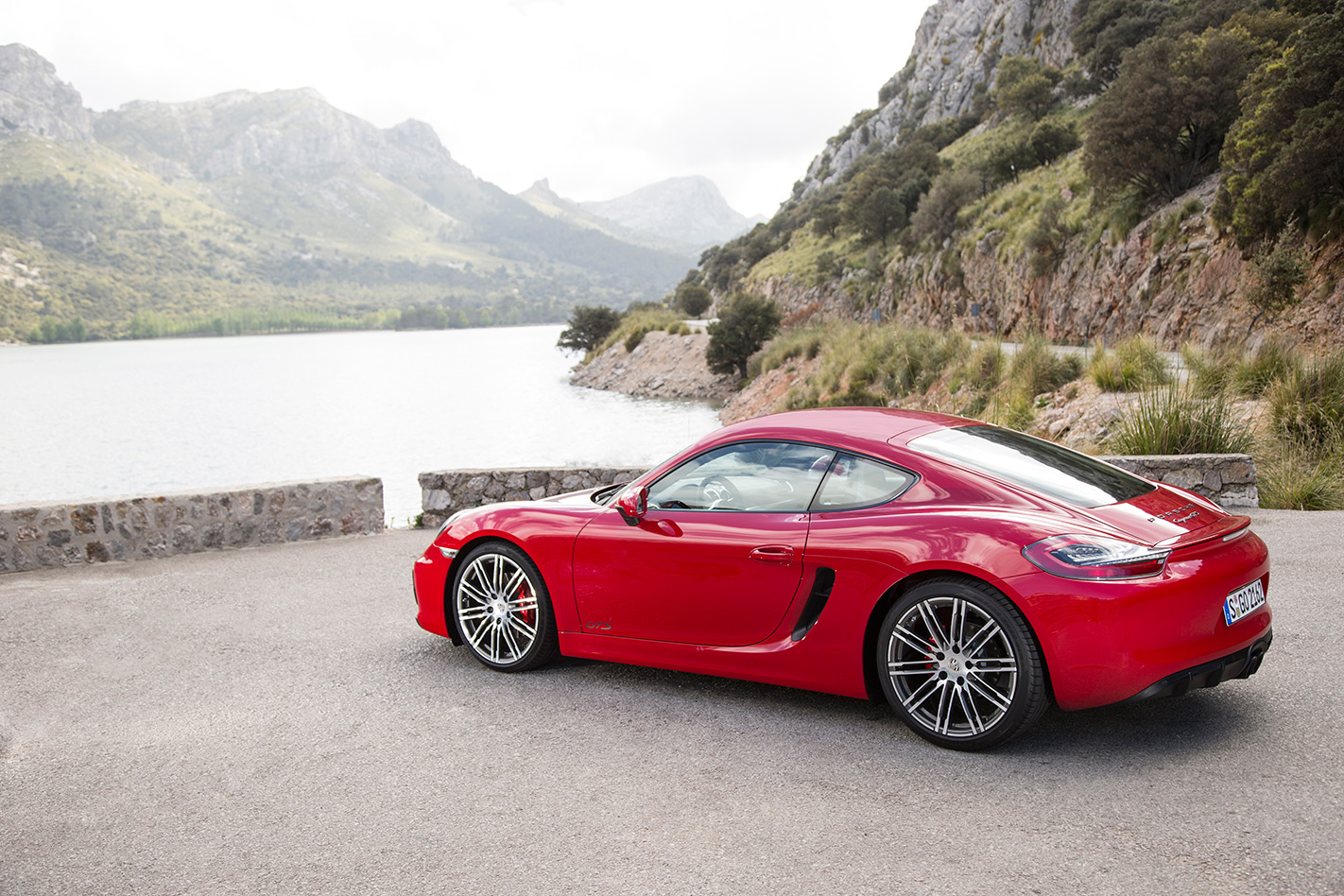 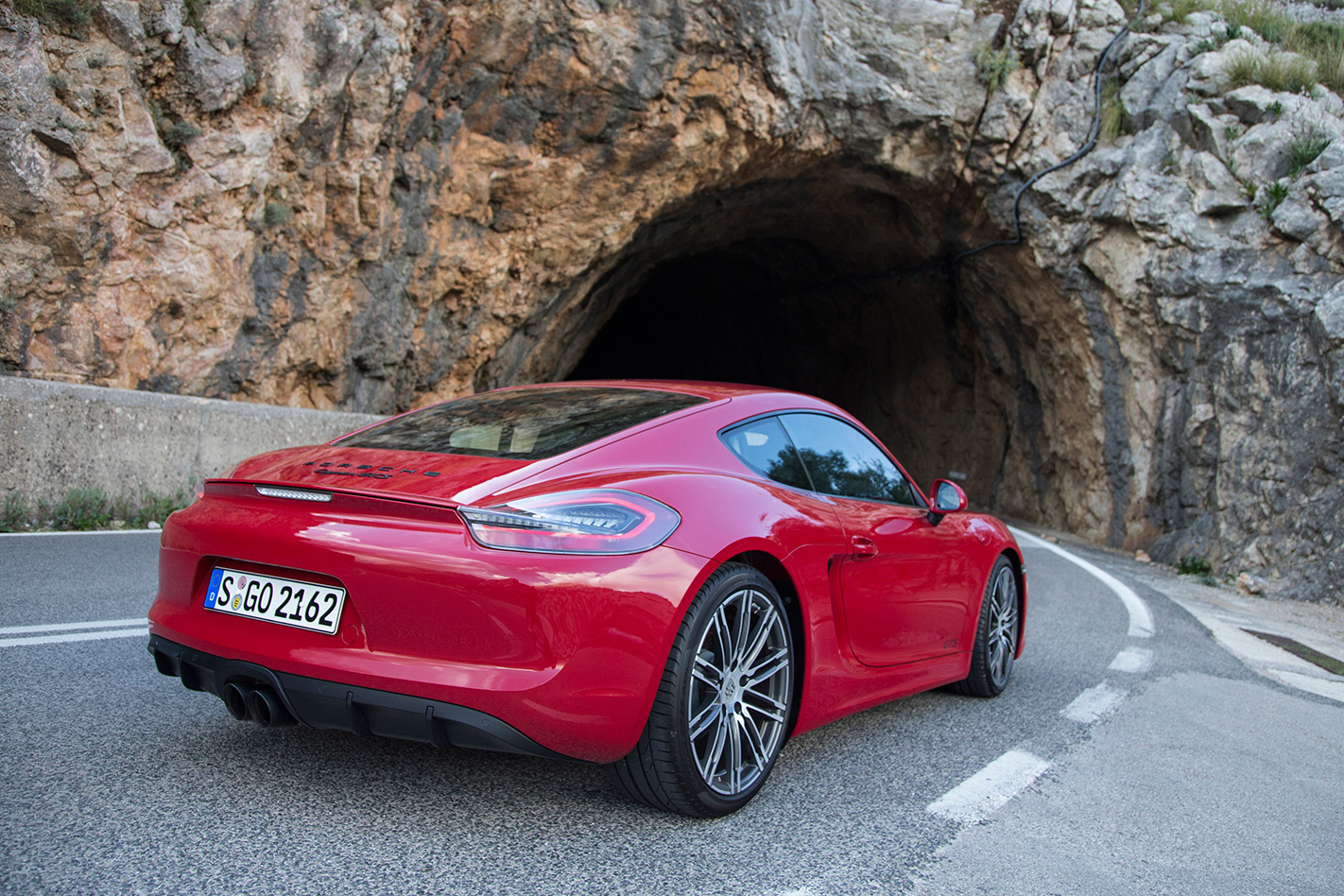 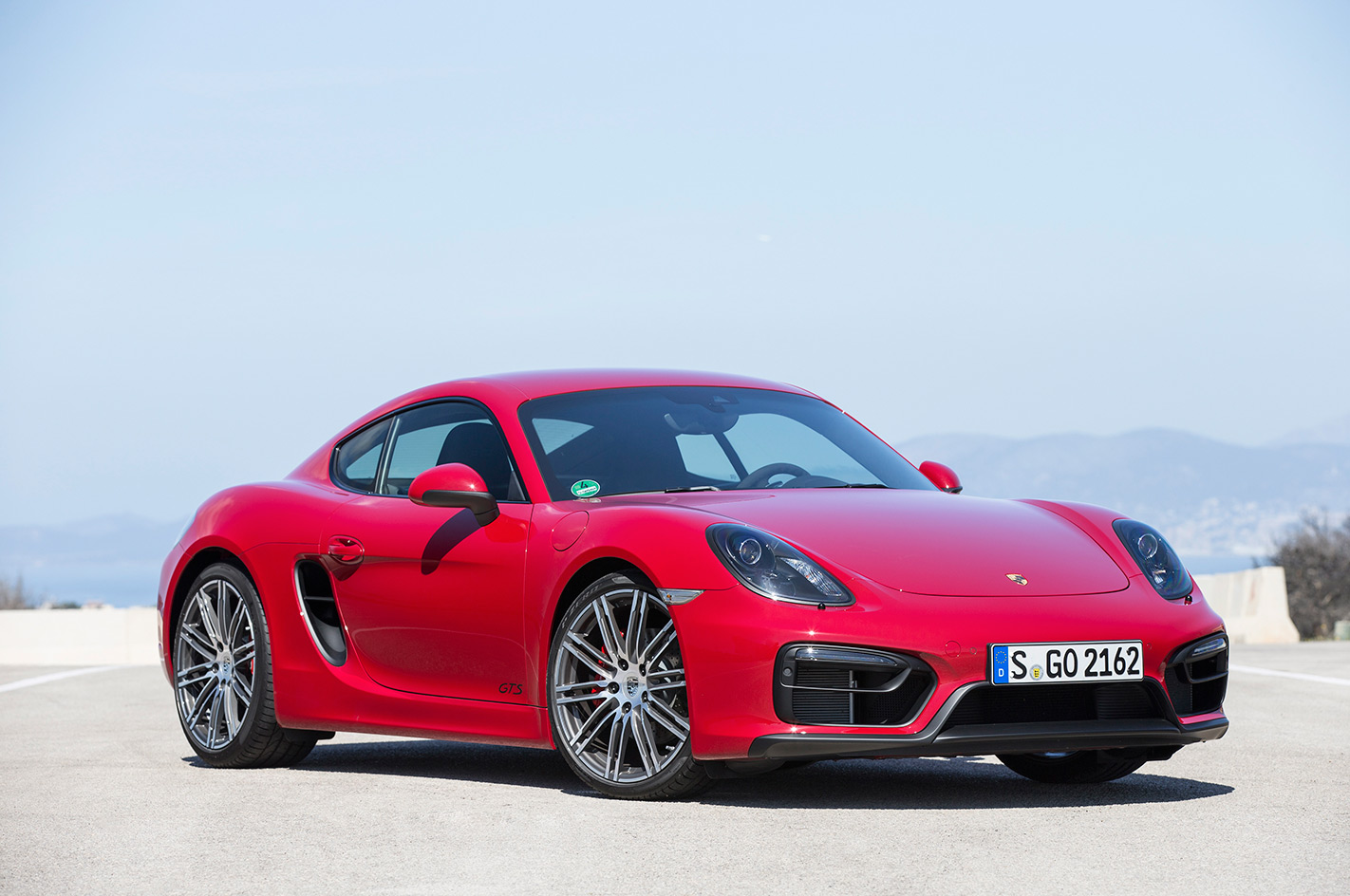 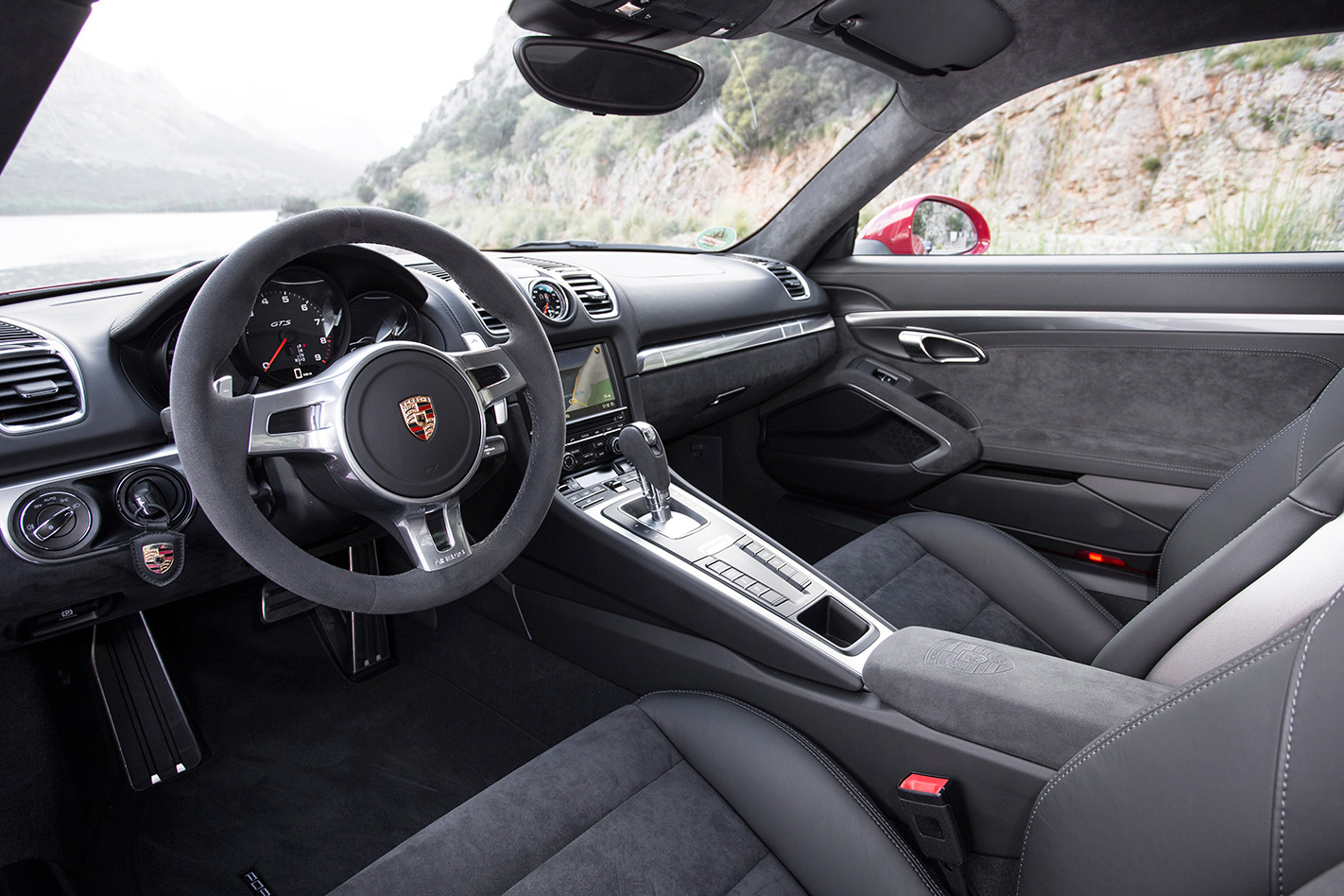 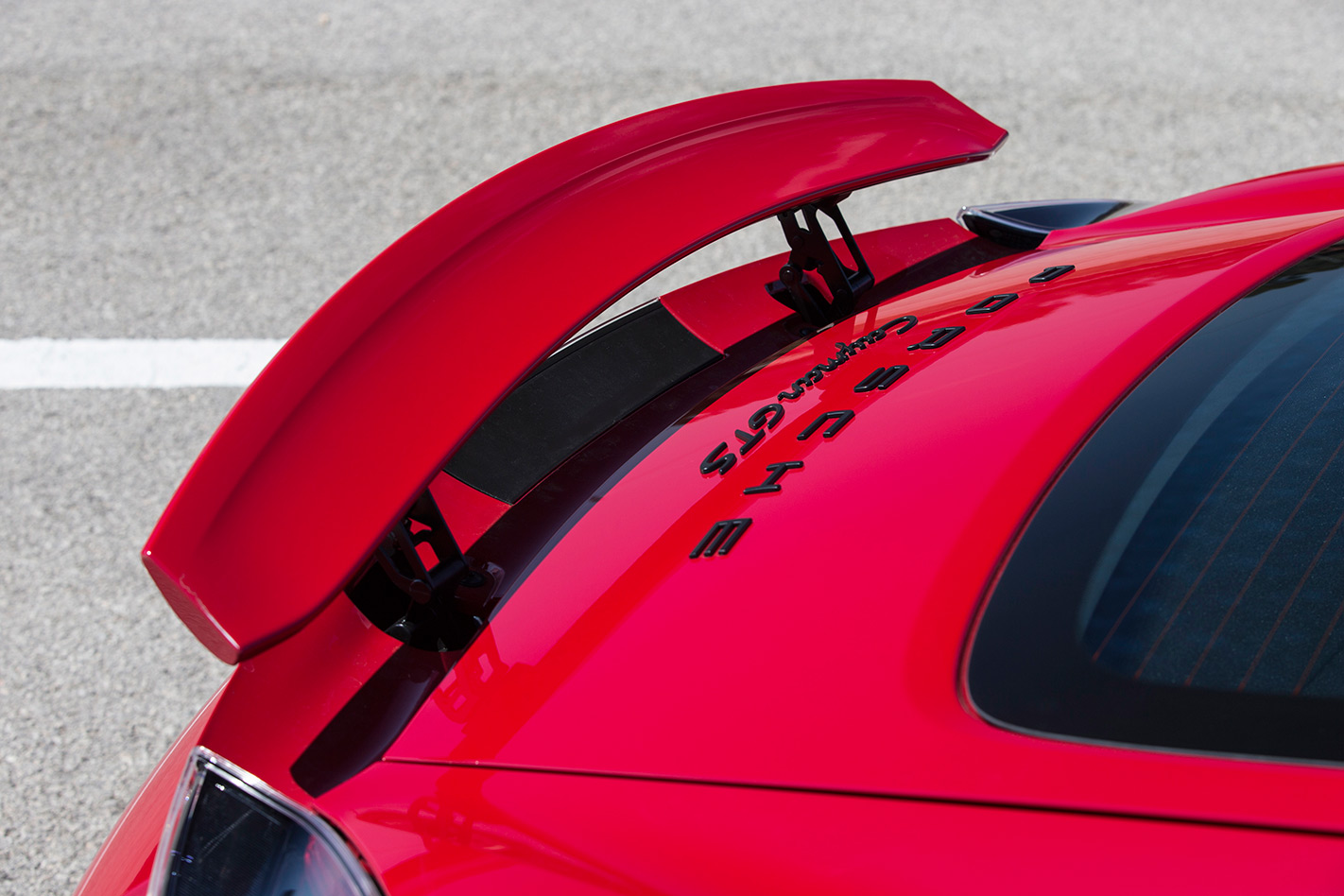 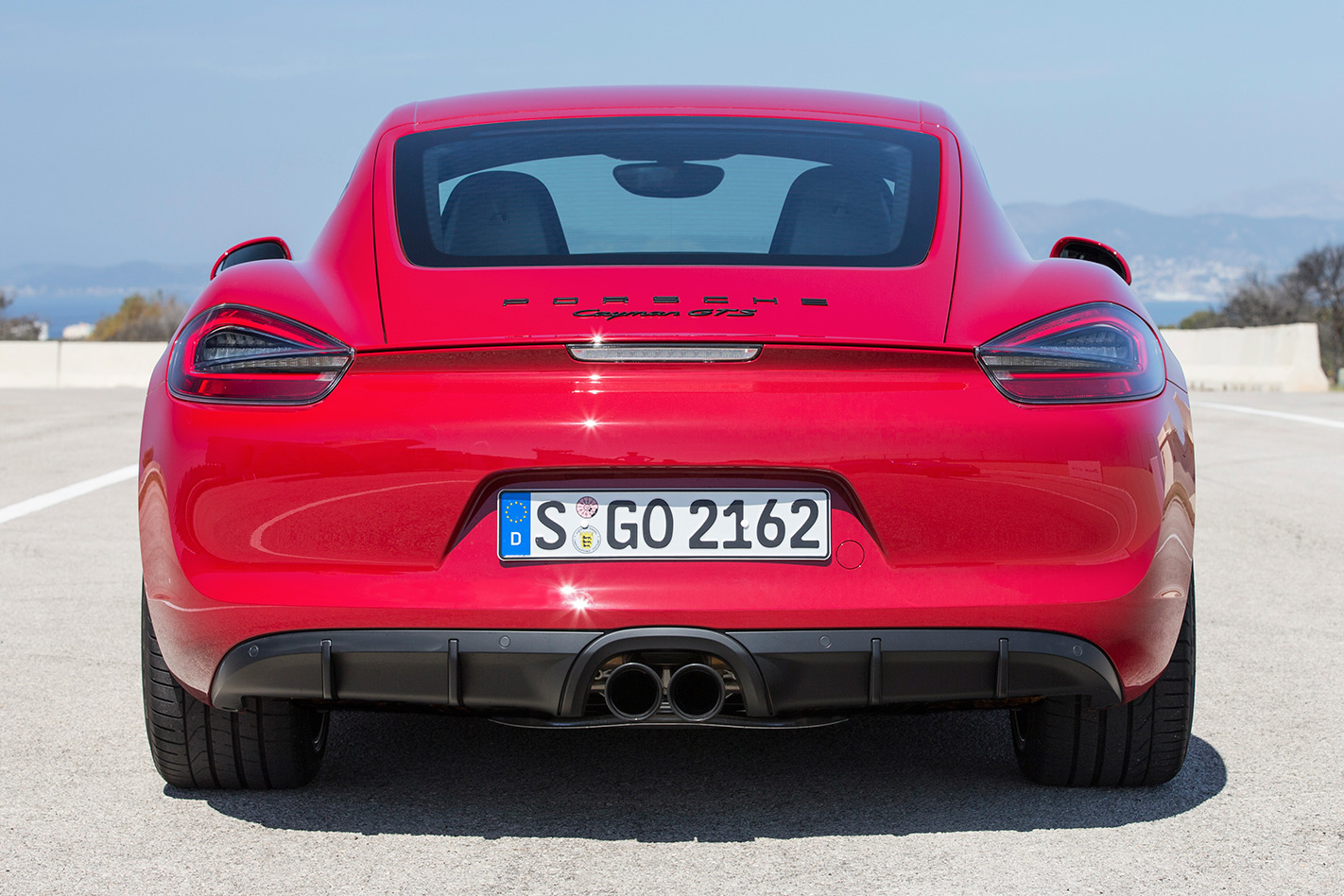 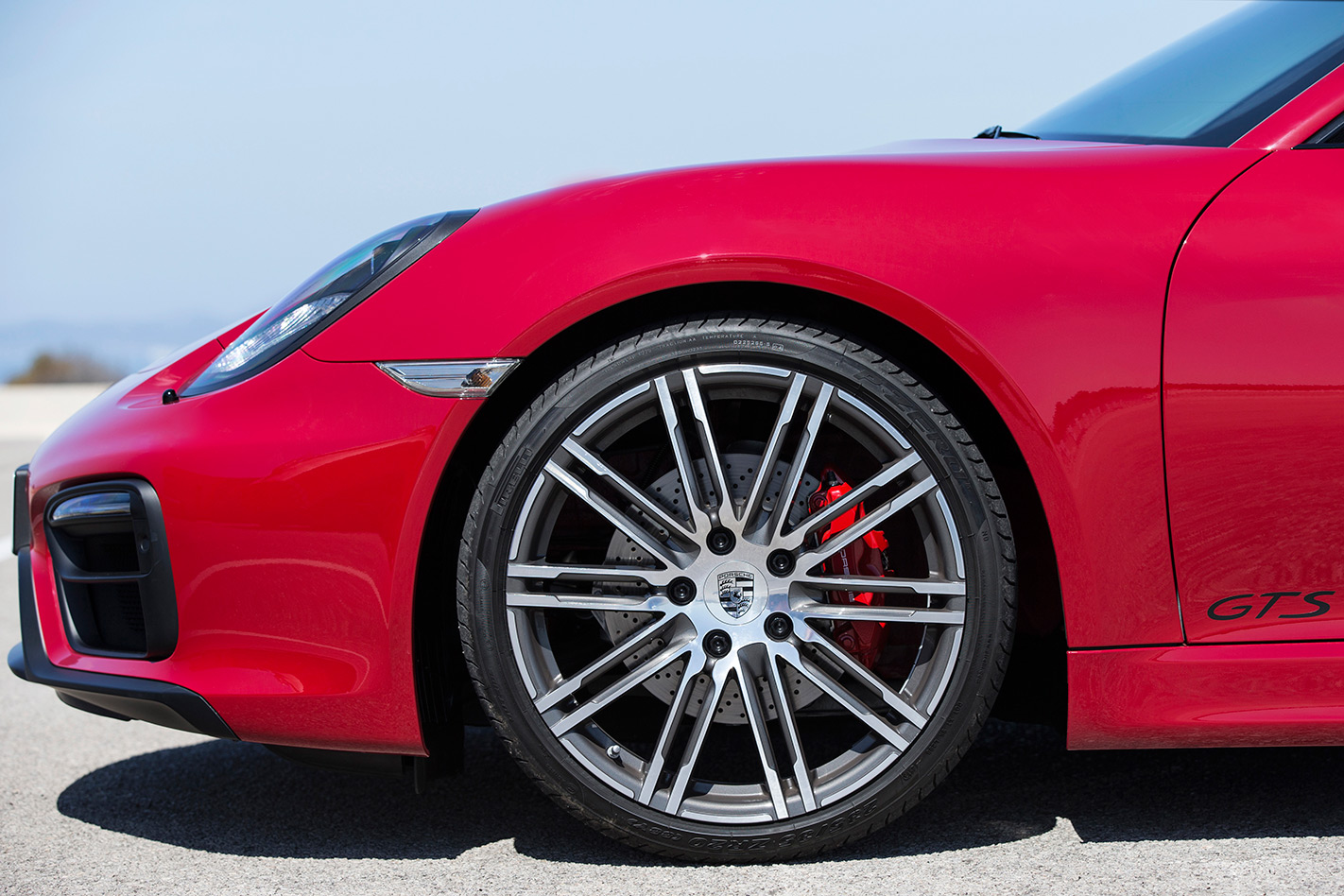 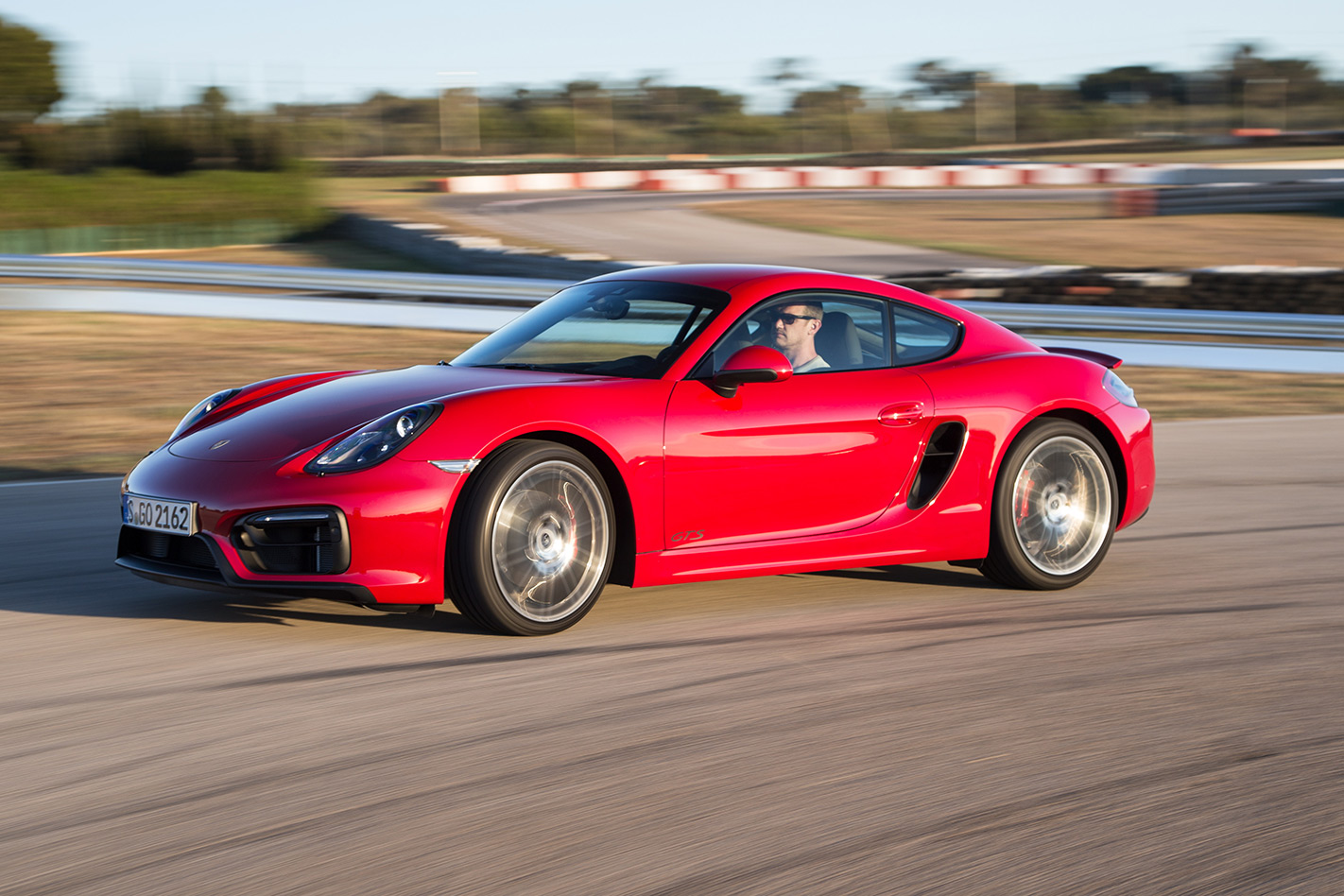