class="Body">Theoretically, the new Skoda Rapid is going to shake things up in the huge (and hugely profitable) small-car market in Australia. Its $18,990 entry price makes it a unique proposition for a genuinely European-built car (Prague, though, not Wolfsburg), and the fact that it’s the cheapest way to get your hands on some good Volkswagen engineering should tempt those in the know.

But will it really happen? After seven years of largely failing to fall for the Skoda brand, are Australian buyers suddenly going to wake up and find they’ve fallen in love with the world’s weirdest car logo?

On paper, it looks almost plausible. The Rapid has enticing looks, at least from some angles, as long as you’ve spent the extra $1800-$2100 (depending on spec) for the Style Pack, which adds a truly impressive panoramic glass roof and a trick smoked-glass tailgate to the rear, among other bits.

The engines are fantastic – far and away the highlights of the whole package – and you have a choice of two VW efforts, the 77TSI and the 90TSI (starting at $21,890 with seven-speed DSG).

Skoda has also played its usual trump card of producing a vehicle of unusual spaciousness, with a truly giant boot of some 550 litres.

What’s not immediately obvious is that this trick has been pulled by building a lot of car onto the smaller VW Polo platform. It’s the opposite of a nip and tuck job, basically.

The result is a car that zips along all right, particularly in 90TSI guise, but feels the shock and shudder of big impacts through its oversized bodyshell.

Throw it at a curvy bit of road and it hangs on all right, and its electromechanical steering isn’t bad at all, but you can feel, and hear, that it’s working hard. A lack of sound deadening is probably the most obvious difference between the Skoda and its German cousins.

Well, that and the interior, which looks and feels built to a price. It just doesn’t have the aura of a Euro-build cabin, and even if the “European, but cheap” sales pitch gets you in the door, you might be less convinced once you’re in there.

In an extremely competitive class, the Rapid needed to be outstanding, not just cheap, to make an impact, particularly with a Skoda badge on it. Early impressions are that it’s not quite there. 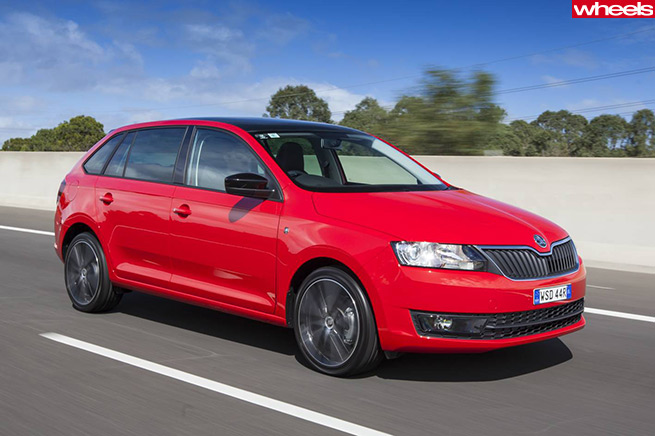 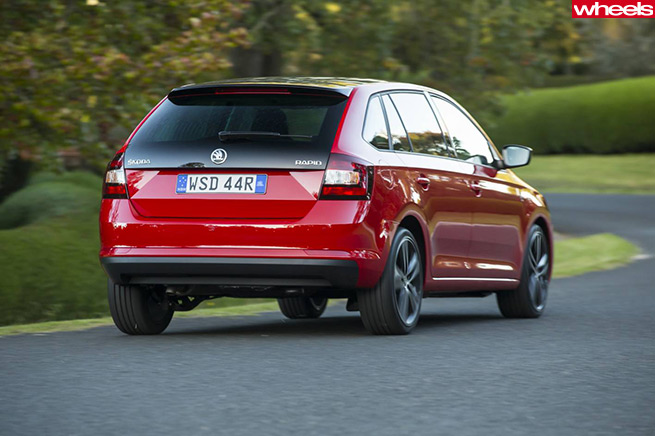 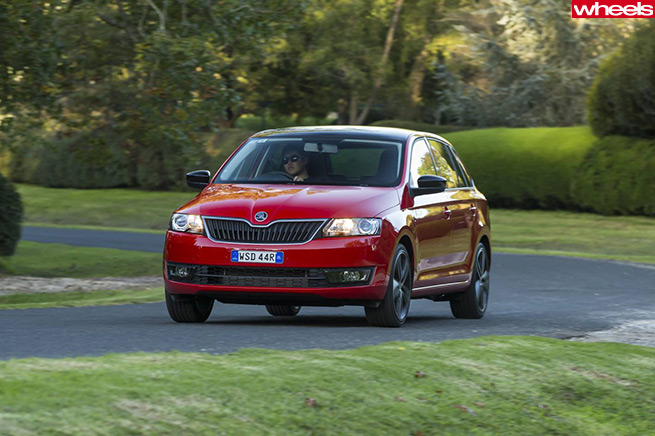 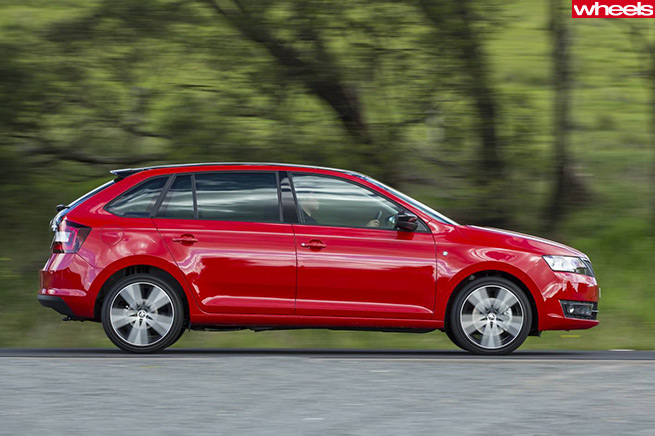 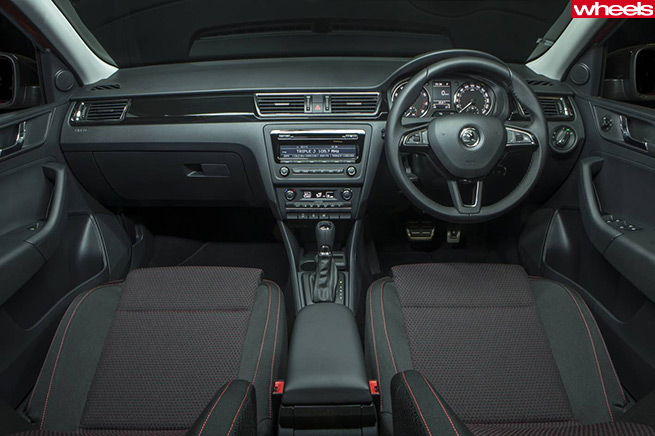 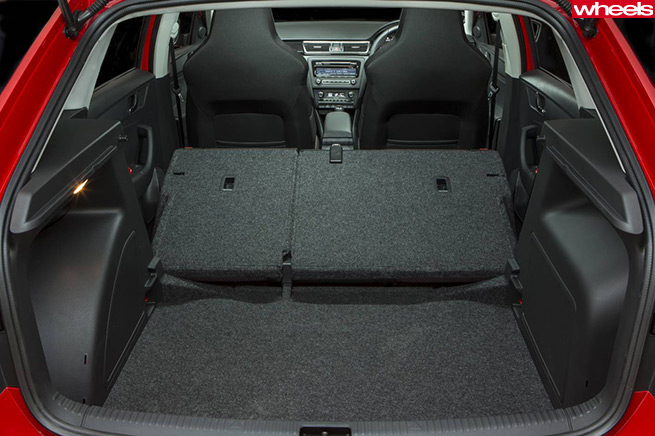