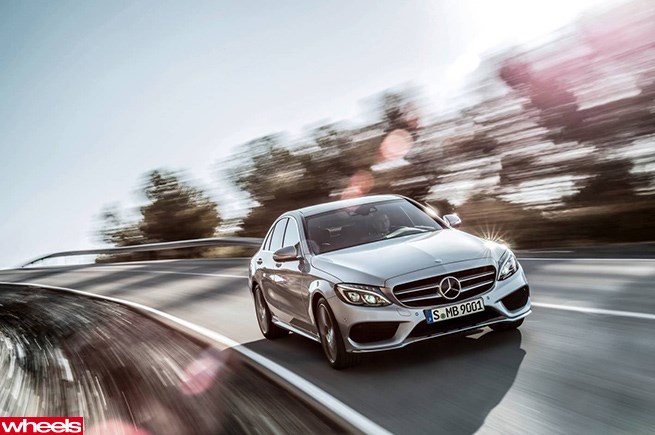 In 1968, Ford advertised its facelifted XT Falcon as packing “More, more Mustang” in its Coke-bottle-hipped shape, in the same way that Mercedes-Benz’s all-new W205 C-Class feels like it’s chocked with “more, more S-Class”. Except for the fact that no C-Class has ever been like this. From its compact-limousine appearance to its standard-setting interior, the fifth-generation C-Class takes ‘premium compact’ to a whole new level.

No matter where you look, this car is bursting with sweetness and light. Literally. Outside, almost every aero-enhanced panel is aluminium, helping to lower the C-Class’s overall weight by up to 100kg. And inside, hidden in its intricately shaped glovebox sits an optional perfume dispenser (dubbed Air Balance) that pumps a subtly scented fragrance into the C-Class’s cabin like an angel passing wind.

Ah yes, that cabin. It’s fabulous. So good, in fact, that Audi has reportedly delayed its next-generation A4 to ensure it can match (or perhaps exceed) the C-Class’s colour, texture, materials quality and design flair. As for BMW’s F30 3 Series, forget it. You could’ve heard the Munich designer’s knees knocking in Dunedoo when they first copped eyes on the new C-Class in Detroit two months ago.

So how is she on the road? Very much like a distilled S-Class. All engines are strong and super-efficient, though the C250’s chirpy 2.0-litre turbo-petrol is a more convincing sports-luxury unit than the older, less refined C250 turbo-diesel. In 4matic guise, the C400 is an effective wedge between the rear-drive fours and the forthcoming C63 AMG twin-turbo V8 that launches at the Paris Show in October, though a bit more spunk and greater acoustic sizzle would make the C400 even more convincing.

Backing up the C-Class’s superb interior is a generally high level of dynamic talent. It’s the first car in its class to offer air-sprung suspension (‘Airmatic’ in Mercedes-Benz speak), with Eco, Comfort, Sport, Sport+ and Individual modes. On the autoroutes circling Marseilles in southern France, ultra-plush Comfort felt a little too softly sprung at 120-130km/h, whereas Sport did a terrific job blending impressive ride comfort and level body control.

The steering in Sport also gets firmed-up, and at speed it’s preferable to Comfort’s lightness (especially in the four-cylinder, rear-drive cars), yet as usual, we can’t help thinking the perfect balance is somewhere in between the two.

To get a near-perfect level of steering crispness in a new C-Class, best stick with the standard steel suspension. It doesn’t ride quite as calmly as Airmatic’s Sport mode (wearing the 18-inch wheels of all launch cars), but its steering is its saviour. The C400 4matic seems to be more suited to the air suspension’s multiple settings and is particularly cohesive when driven hard in Sport mode.

And the C-Class likes to be given some stick. Even the C250 diesel is well controlled and balanced, though with its lighter nose, the C250 petrol is arguably the sweetest drive, while the all-wheel-drive C400 is a bit of a corner-carving Q-car. It doesn’t quite achieve the rear-biased balance of a 3 Series, but then its damping and steering are both so much better as a whole, you can forgive the C-Class for not being so overtly sporty.

For arguably the first time since 1982’s original W201 190/190E, the all-new W205 C-Class is truly an S-Class for the (well-heeled) masses. We’ll have to wait until its Australian launch in August to judge just how close this car comes to perfection, but we can say this for certain – BMW and Audi need to up their game enormously if the 3 Series and A4 are going to out-class the new C-Class.

* To read all about the W205 C-Class’s intriguing technology and sports-luxury abilities in-depth, check out the May 2014 issue of Wheels. 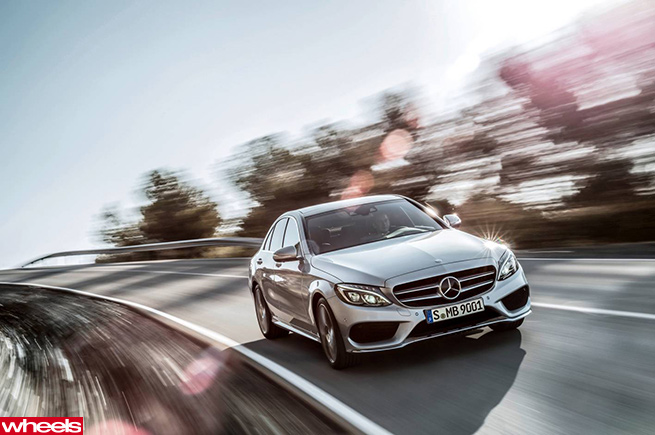 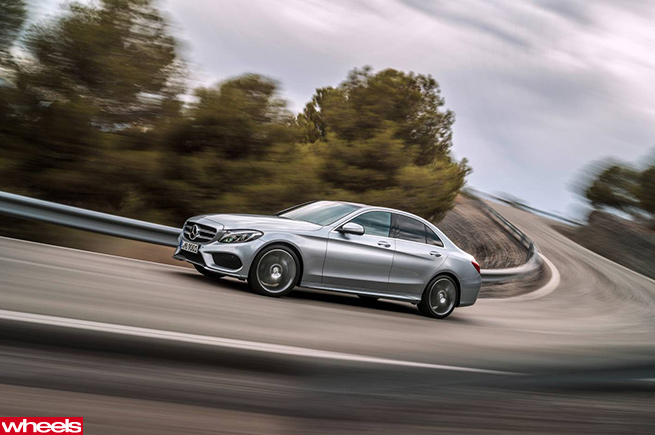 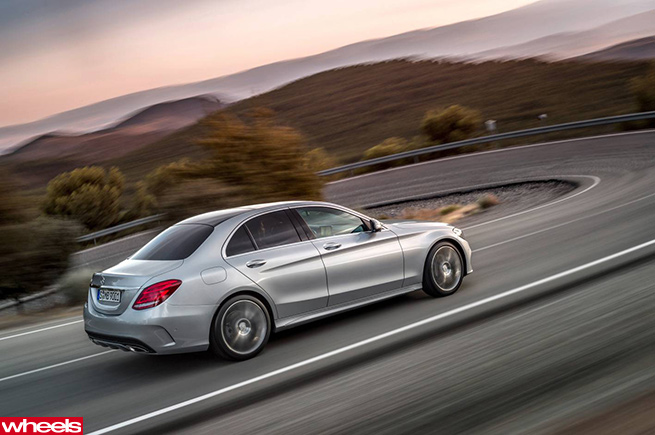 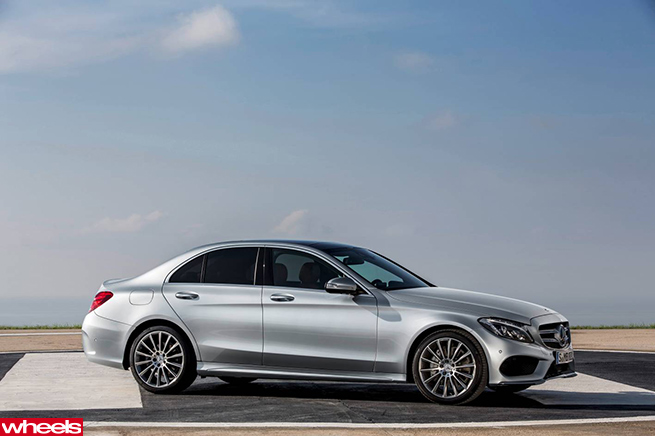 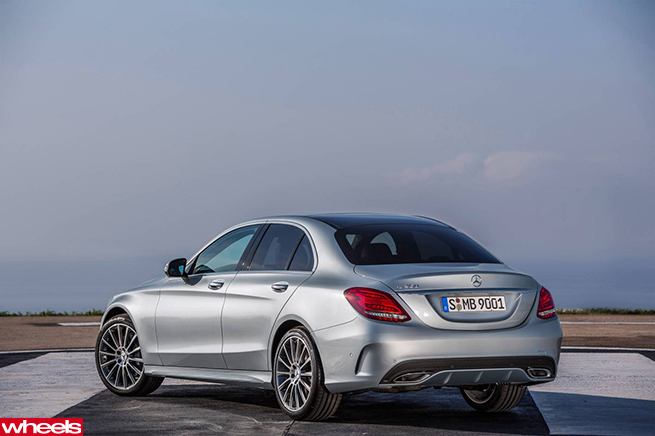 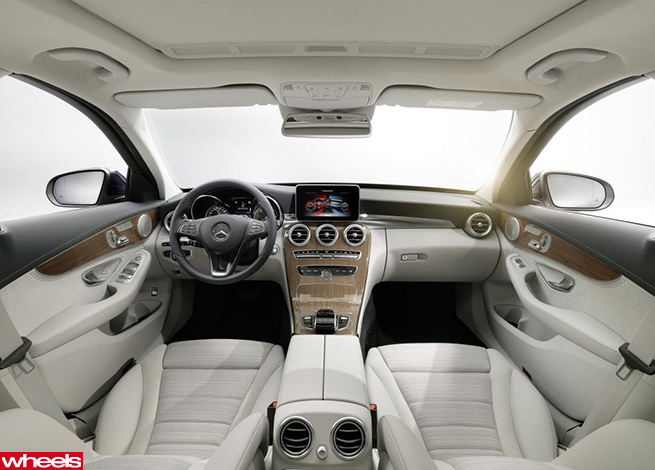 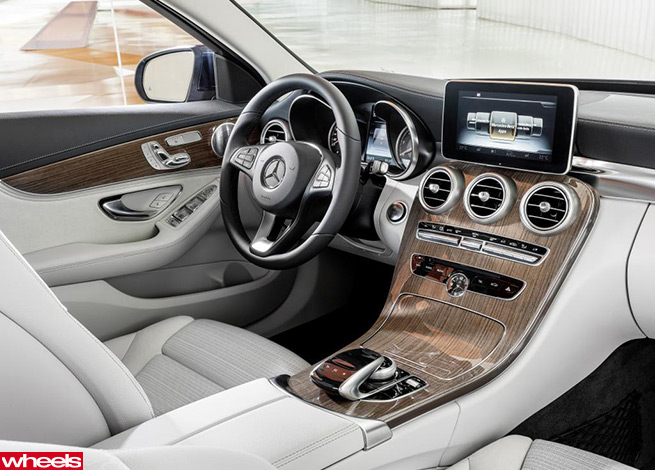 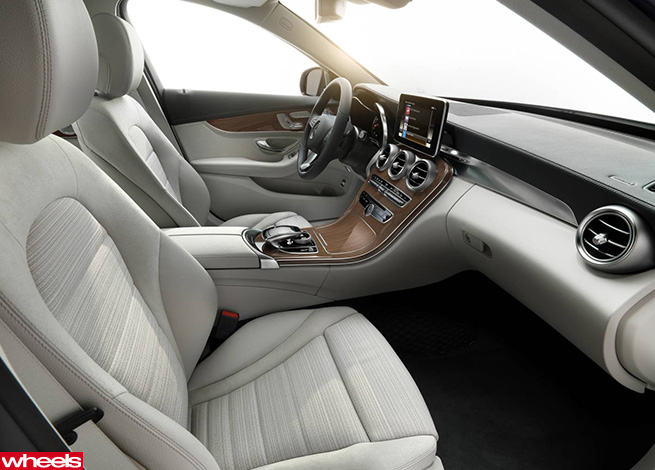 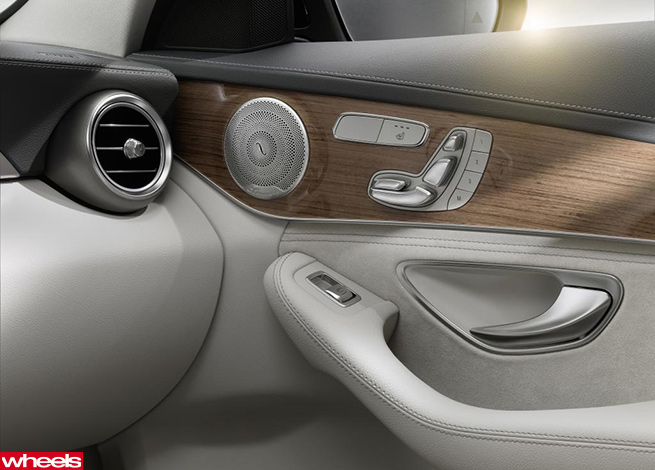 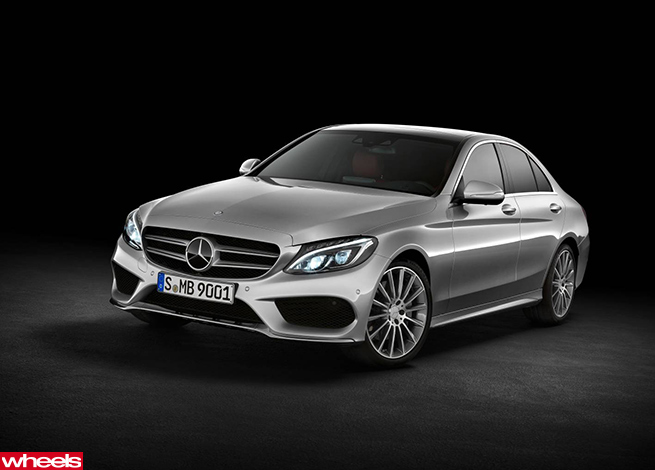 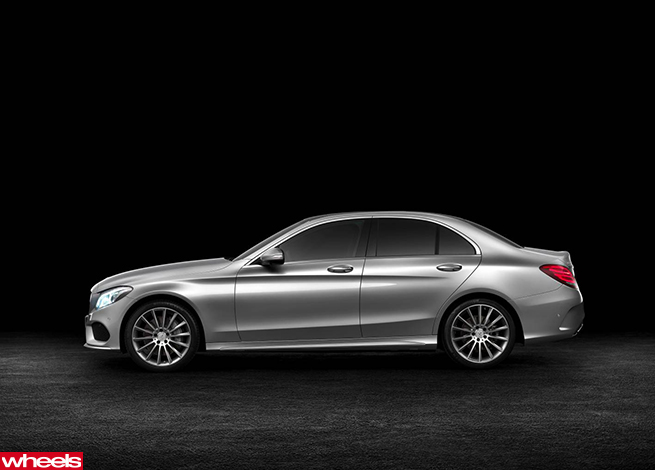 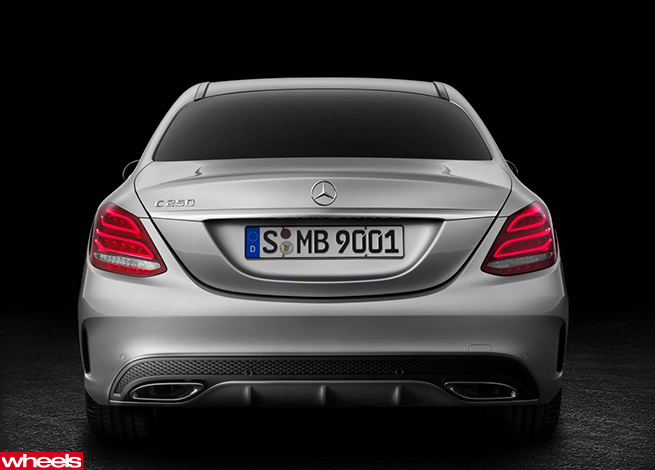