The addition of the off-road-focused Trailhawk has expanded the repertoire of an updated Grand Cherokee line-up.

The most off-road capable Grand Cherokee ever produced. It uses the basic body and the V6 diesel of the recently updated Grand but gets adjustable height air suspension, unique off-road-biased tyres and extra features to make it more capable in rough terrain. 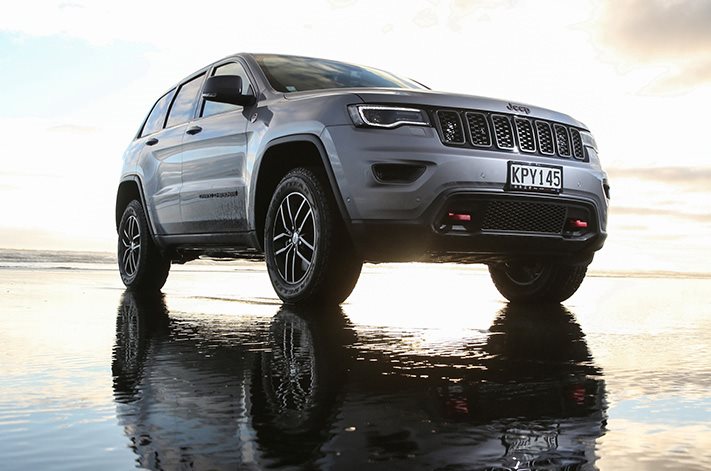 The Grand Cherokee is trying to revive some of its former sales glory with an updated MY17 range, and the newly-arrived Trailhawk is key to those aspirations.

There’s a broad spread, from the Toyota Prado and Ford Everest to the Mitsubishi Pajero and Holden Trailblazer. You could also look at the Isuzu MU-X, Nissan Patrol, Volkswagen Touareg and even the soon-to-arrive Land Rover Discovery. Basically any large-ish SUV designed to go off-road.

The revised Grand Cherokee is more of the same done incrementally better. As for the Trailhawk, it’s a worthy addition for those planning to head beyond the blacktop, with few compromises on regular roads. 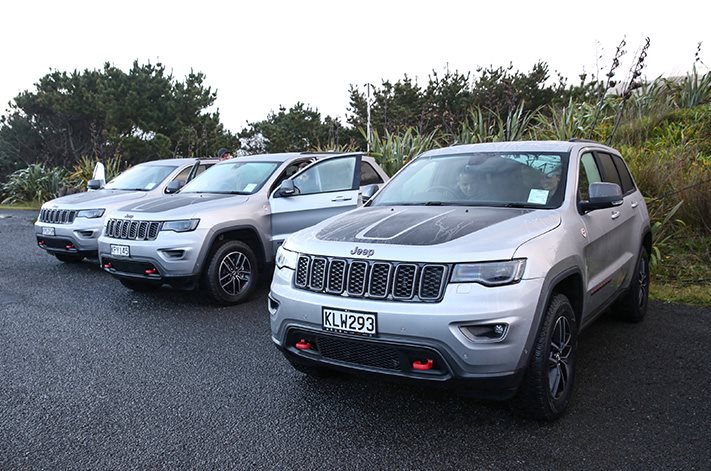 There’s nothing like playing to your strengths to reap results. For proof, take a look at AC/DC, McDonald’s, or even Ikea.

For Jeep, that strength is SUVs of the type with true off-road ability. And the Grand Cherokee is at the heart of the brand, a heart that has been torn recently courtesy of a dramatic local sales tumble. 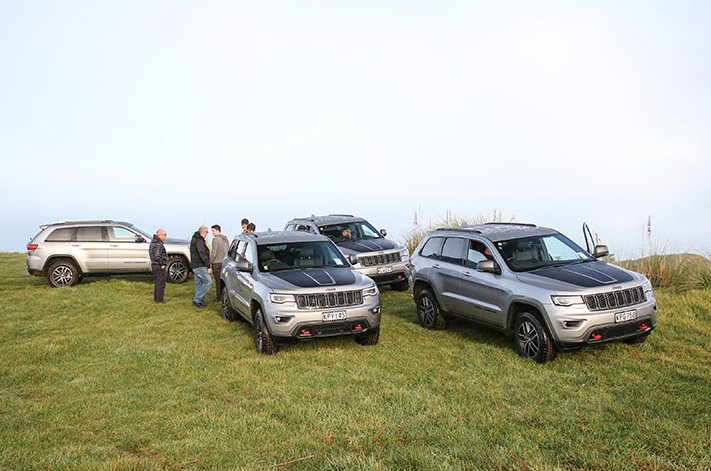 Enter the MY17 Grand Cherokee, a facelift aimed at reinvigorating a brand with some crucial newcomers around the corner (Compass, Wrangler and Wagoneer to name but a few).

The DNA – most of the look, even – is unchanged, right down to the chunky stance and old-gen Mercedes platform beneath, although a fresh face featuring the signature seven-slot grille adds sleekness to the bluff front end. 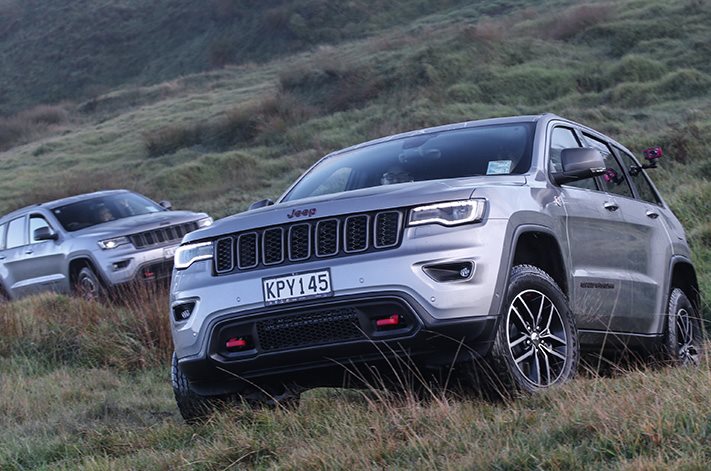 But it’s the addition of the Trailhawk variant that does much of the heavy lifting for MY17. Morphing the leather-lined luxury of the $62,500 Limited with the air suspension and Quadra-Drive 4x4 system of the $80,000 Overland, the $74,000 Trailhawk is aimed at those planning on adventure, right down to its Kevlar-reinforced tyres. 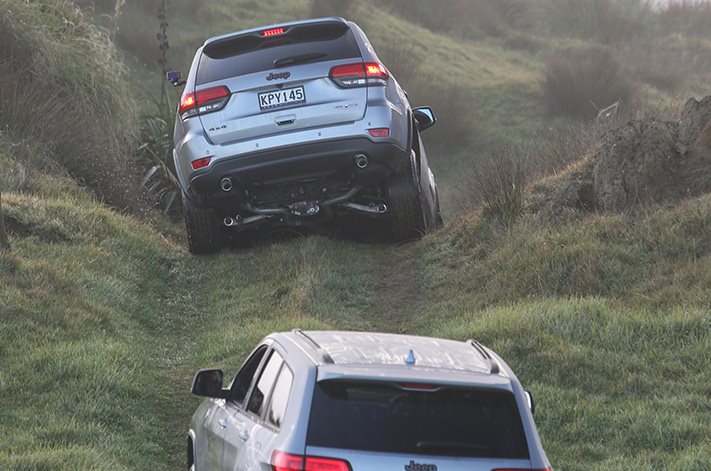 The sizeable tiller attached to the new electric power steering system needs lots of twirling. It guides the nose nicely into large radius bends but lacks a little precision for making mid-corner adjustments or sharp inputs, and is has inconsistent weighting at the limit when understeer sets in.

Despite the additional puncture resistance, the 265/60R18 Goodyears grip respectably, albeit with slightly lower limits than other Grand Cherokees. 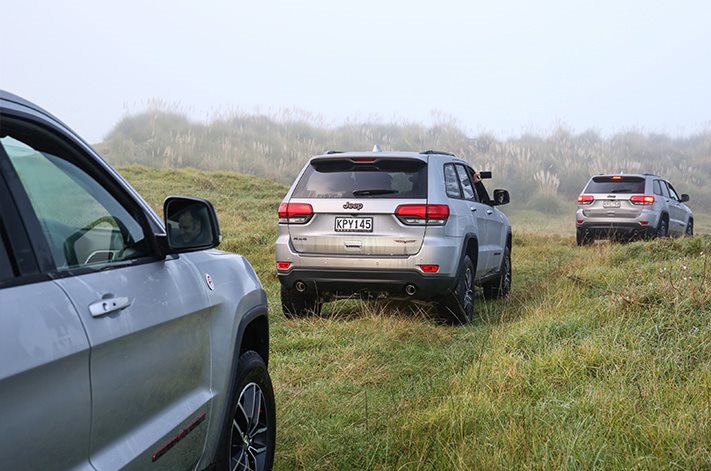 The familiar and hearty 3.0-litre VM Motori-sourced diesel V6 has some lag before unleashing a useful 570Nm torrent, which is more than enough to shift the wagon’s 2340kg. The intuitive eight-speed ZF adds to the Trailhawk’s talents on the move, with
an emphasis on the midrange rather than the 184kW peak.

It’s all about subtle tweaks inside; a more conventional gear selector replaces the stubby electric return-to-centre handle, while the 8.4-inch Uconnect screen now has more apps, including ‘off-road pages’, each providing details on drivetrain and suspension behaviour, depending on the scenario. Seating remains strictly for five.

So the Trailhawk is aimed at a specific niche and isn’t for those who rarely leave the suburbs. But the latest Grand Cherokee does suggest that sticking to your roots should pay off. 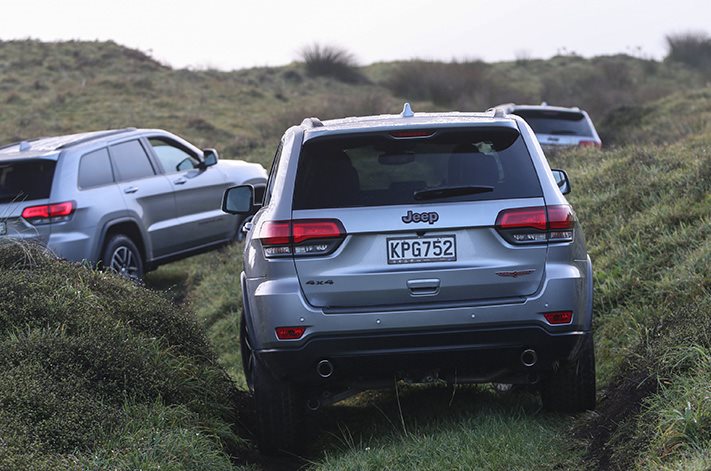