The first version of the Lexus NX compact SUV to arrive is the 300h petrol-electric hybrid starting at $55,000

The first version of the Lexus NX compact SUV to arrive is the 300h petrol-electric hybrid starting at $55,000.

WHAT IS IT?
The NX is a five-seat compact SUV that is designed for use in the city, not the country. There is an all-wheel drive version, but Lexus makes it clear that the vehicle was not designed with off-road work in mind. A turbo-petrol four-cylinder version will be added to the line-up in early 2015, but there will be no diesel.

WHY WE ARE TESTING IT
Lexus is very late to the prestige compact SUV party. Rivals now have some well-established players, so Lexus will need to come up with something special.

THE WHEELS VERDICT
Decent execution of the prestige SUV concept, but NX is hurt by hybrid compromises. This could be a great daily driver with a diesel under the bonnet.
PLUS: Luxurious interior; high level of standard gear; refinement; comfortable ride
MINUS: No diesel; heaviness; uneven brake pedal feel

THE WHEELS REVIEW
CAN I try the diesel version? It’s a question that must make every Lexus salesman sit up cold and sweaty in the middle of the night.

The answer is always no, and that’s a problem when it comes to models like its new compact SUV, the NX, because it’s aimed at the Audi Q5 and BMW X3, and about 80 percent of these leave the showroom with a gentle diesel clatter.

Lexus doesn’t do diesel because its biggest market is the United States, where most people are convinced diesel is the fuel of the devil, instead getting behind hybrids.

The merit of its choice may only be apparent years down the track, but right now, behind the wheel of an NX300h, I can’t help but wish this car had a diesel.

It has a lots going for it, but the package is compromised by its hybrid system and the weight penalty, the disconcerting brake feel and the slurring CVT it brings.

Mind you, some customers will appreciate not having to fill up with diesel, as well as enjoying the brief silent operation in electric mode at low speed and the ‘green’ chest badge that comes with hybrid ownership.

The NX has launched with a petrol-electric hybrid, but a turbo-petrol four-cylinder will be added in April.

Lexus will pitch the hybrid as the greener and more efficient option, highlighting its official fuel economy figure of 5.6L/100km.

While Lexus people tend to go apoplectic when the T word (Toyota) is mentioned, it should be noted the hybrid system is from the Camry Hybrid and generates a maximum of 147kW (no maximum combined torque figure is available).

The base model is front-drive, but higher-spec models are all-wheel drive.

With AWD, there is no driveshaft connecting the front and rear wheels. Instead, the rear wheels are driven by a separate 50kW electric motor. This system does not boost the maximum power and is engaged only for take-off, when traction is lost or to assist the vehicle through corners.

Lexus also turned to Toyota for the suspension architecture (but not the components) and the dashboard panel, which are from the RAV4.

It is 90 percent unique, though; all exterior panels are different and the interior is a world away from the RAV4, exuding luxury and comfort.

The base model costs $55,000, but the cabin gives the impression of a vehicle costing far more and it is the same with the $66,000 AWD F Sport and even the $75,000 AWD Sports Luxury. Lexus also delivers lots of standard content, and nails the prestige tactility for which it is known.

On the road, the NX rides well and is comfortable, but its bulk hurts the handling and dulls the acceleration. The steering is adequate, but the hybrid-linked braking fails to inspire confidence.

The NX has promise, but not so much in hybrid form. 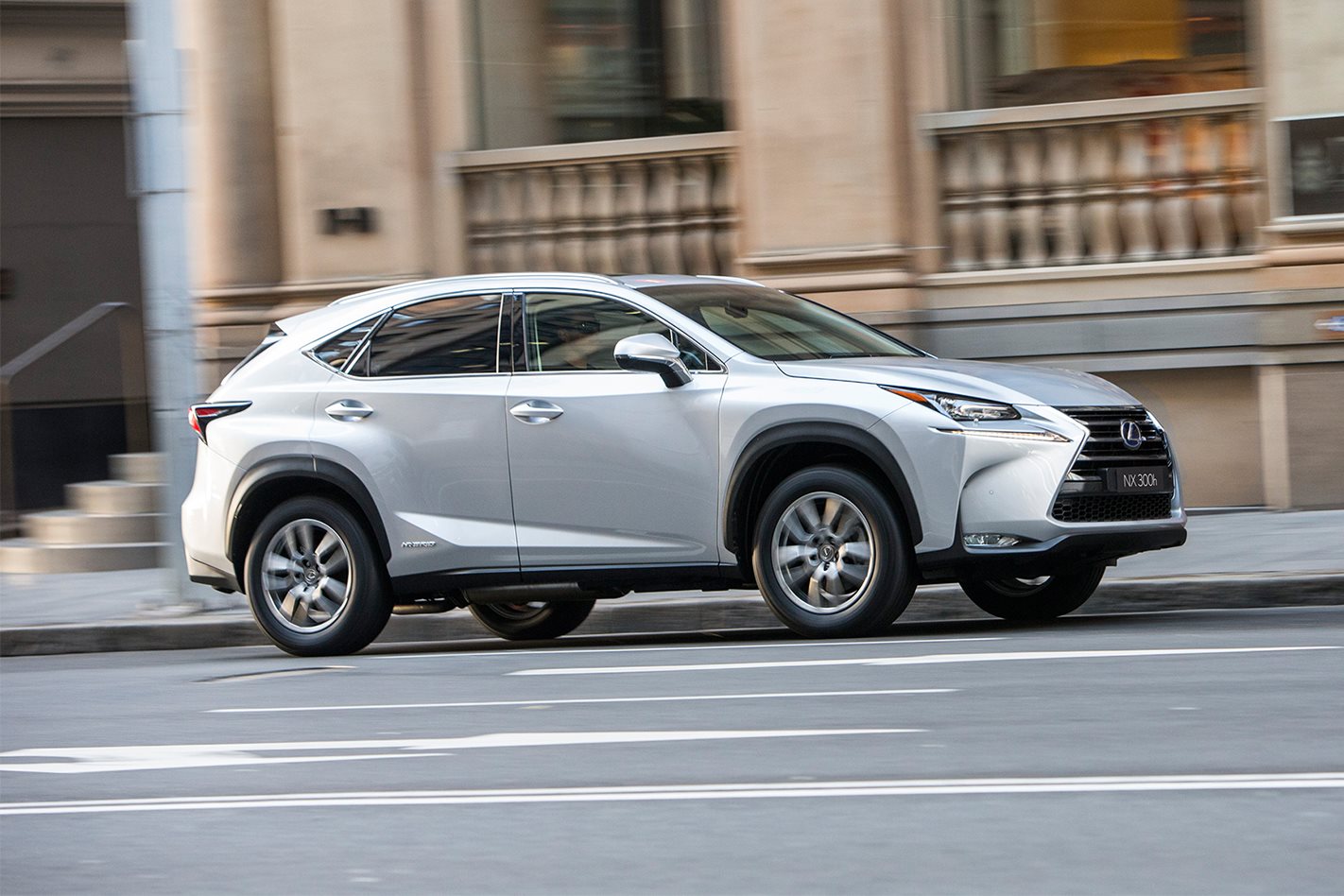 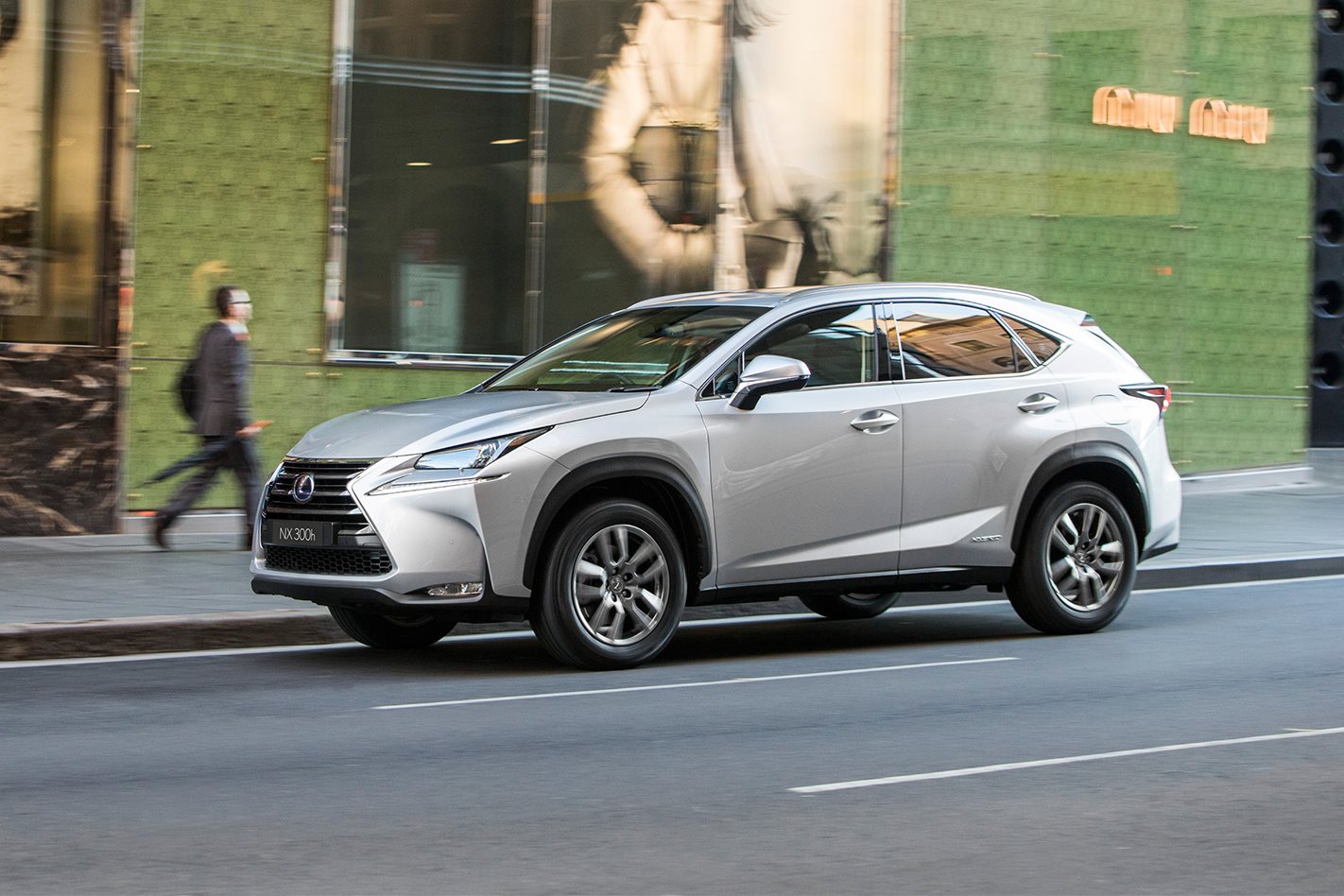 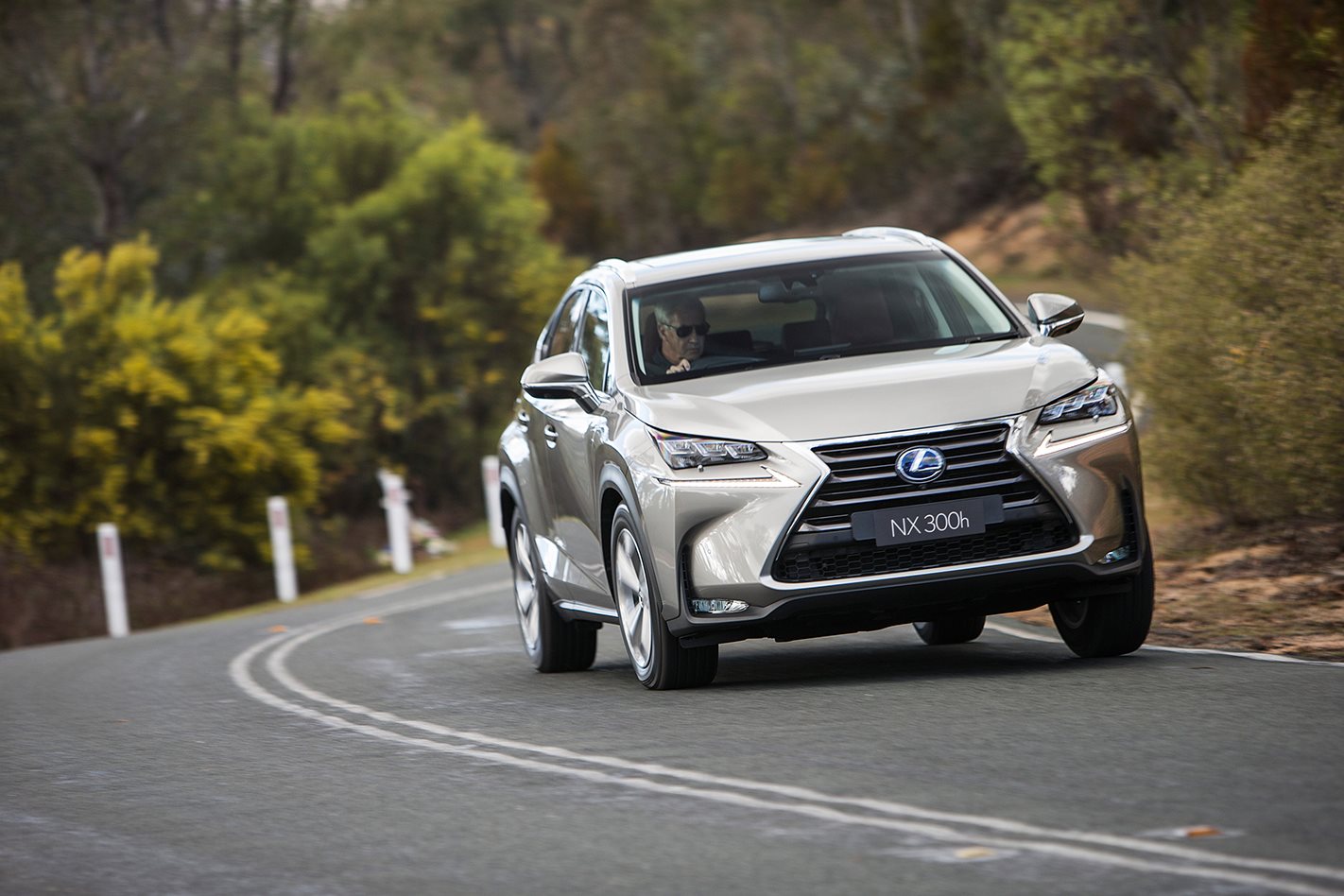 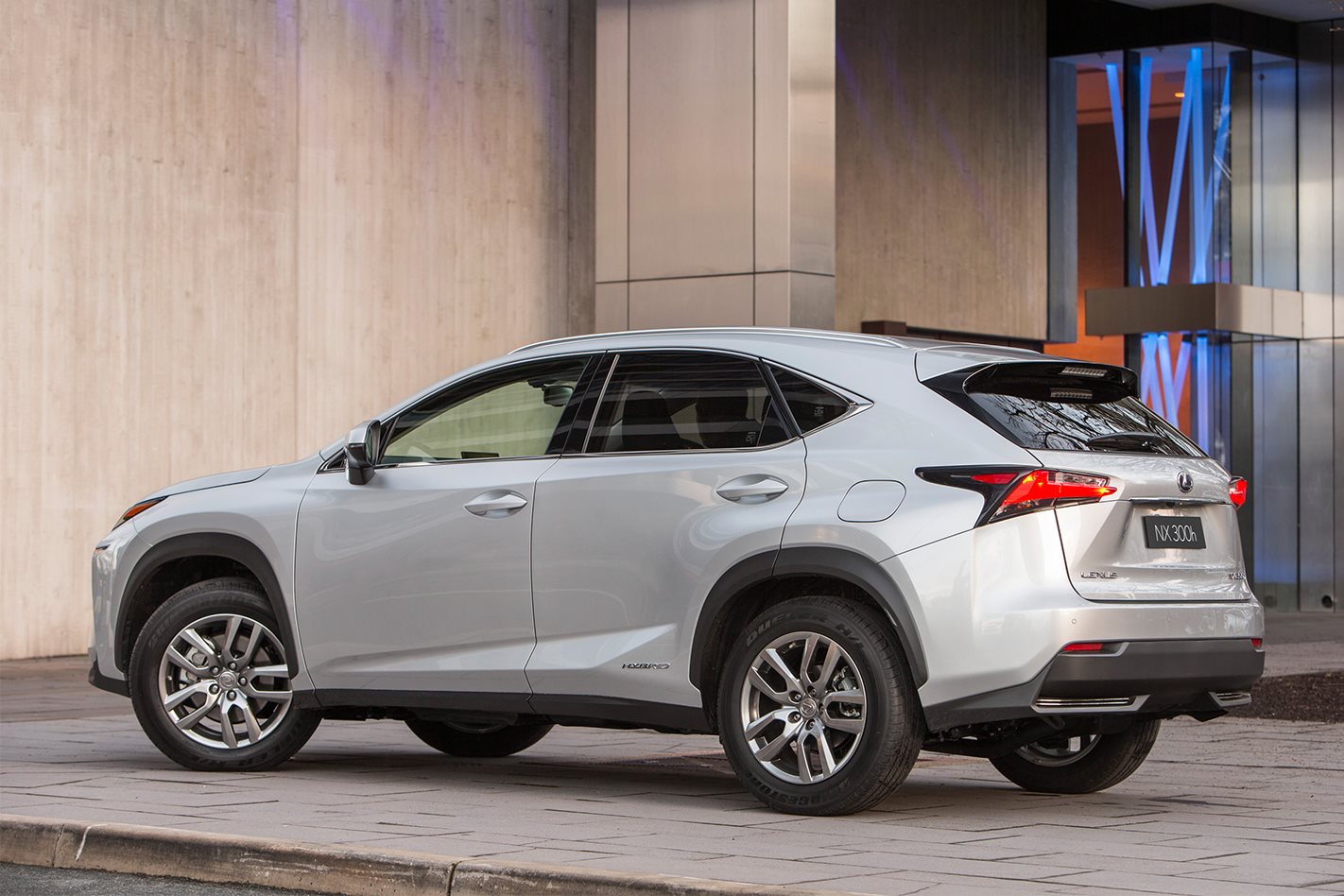 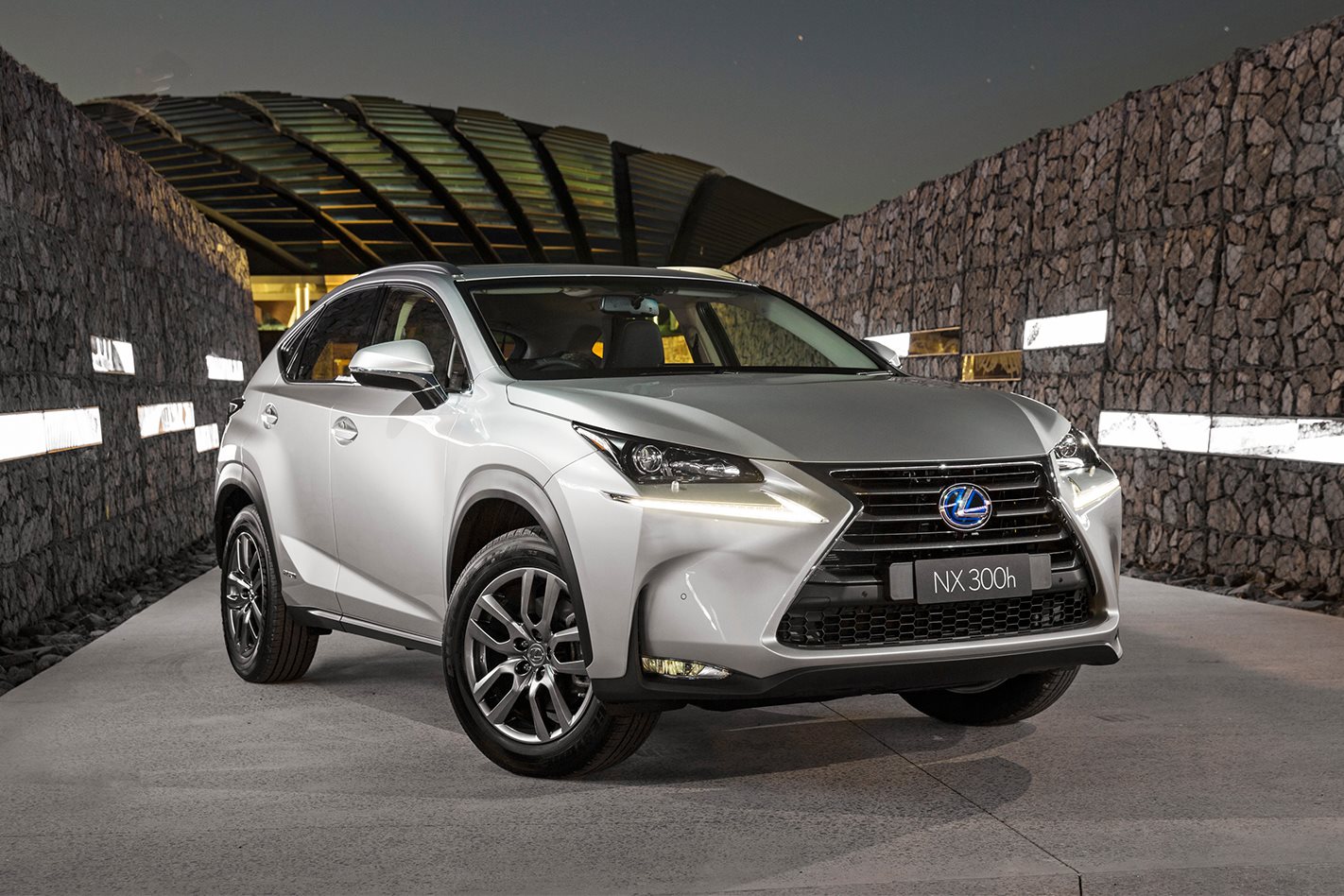 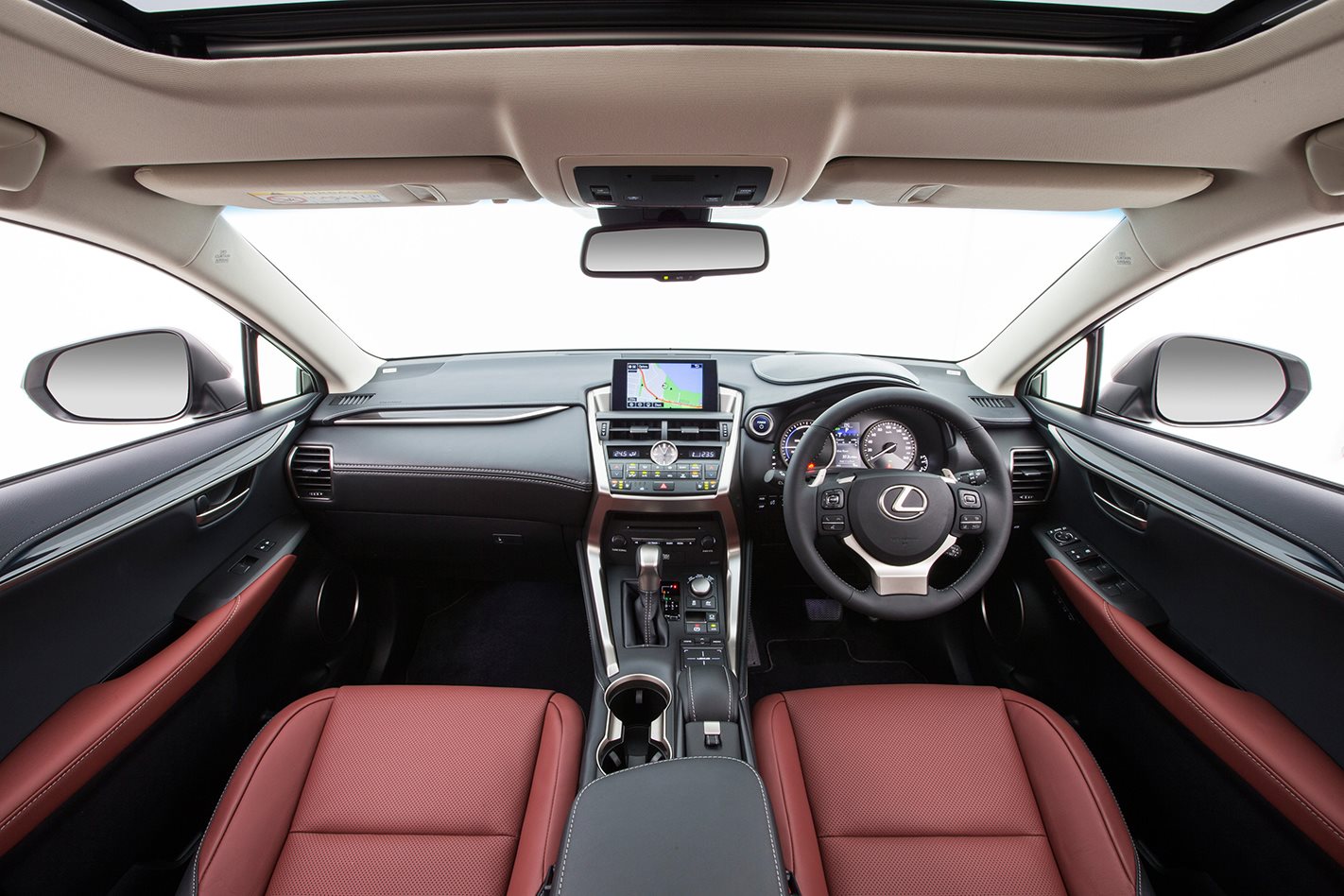 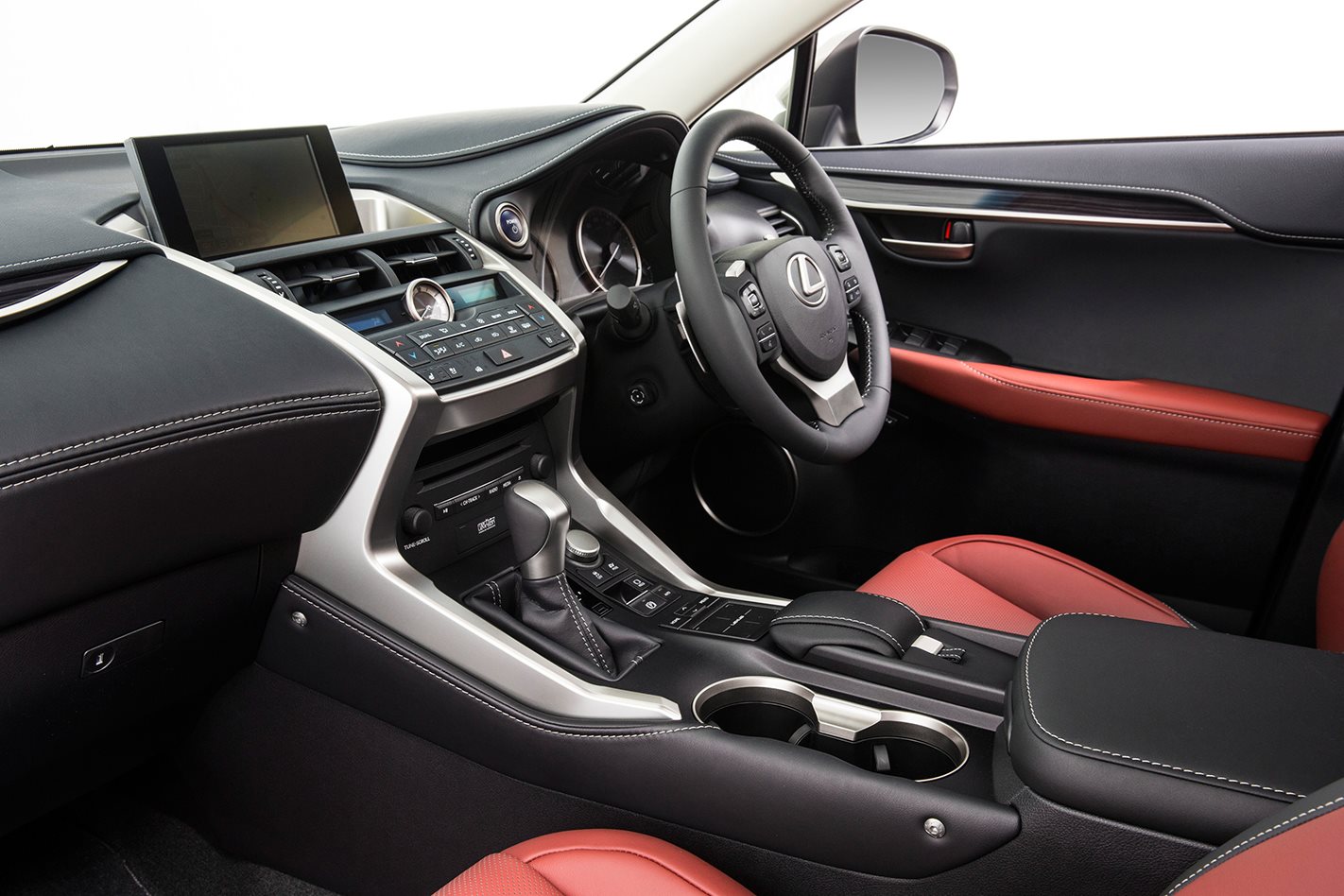 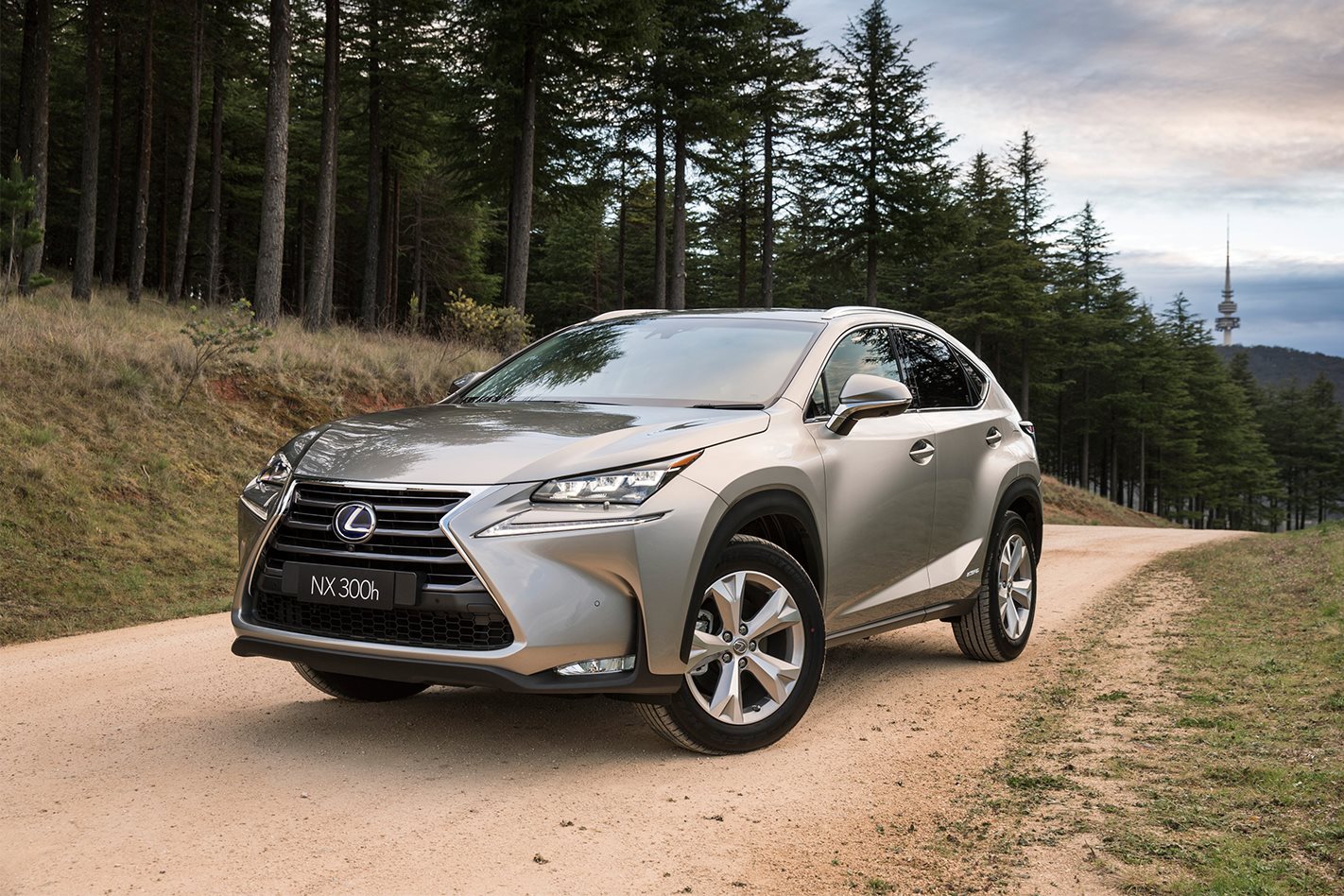