Mini has finally launched its first five-door Cooper hatch, making the iconic model more practical than ever before

Mini has finally launched its first five-door Cooper hatch, making the iconic model more practical than ever before.

WHAT IS IT?
Mini is targeting young families for the first time with the five-door Cooper, which promises go-kart handling and easy access for up to five passengers. All three Cooper models are available with the two extra doors, including the base petrol Cooper, diesel Cooper D and sporty petrol Cooper S.

WHY WE'RE TESTING IT
The easier-to-live-with version of the Mini Cooper could well become the brand’s best-selling variant. Mini has largely maintained the stand-out styling of the new-age classic while making it a whole lot more practical.

THE WHEELS VERDICT
A more practical Mini that retains the pleasure of the three-door but is easier to live with.
PLUS: Three-cylinder engine a beauty; more affordable than last-gen three-door; handling still great
MINUS: Rear camera not standard; awkward design; base wheels look tiny

THE WHEELS REVIEW
VEHICULAR logic suggests the more doors you add to a car, the less fun it is. A Formula One car has no doors, the Chery J3 has five doors. I rest my case.

So the idea of a five-door Mini does not fill a car enthusiast with glee, especially as it is longer, heavier and not quite as attractive as the three-door version. But a day behind the wheel proves that, despite the addition of two extra doors, the larger Mini is still an involving car to drive.

The five-door is vastly more practical and far easier to live with, especially if you have, or think you might someday have, small children. Anyone who has attempted to load a cherub into the back of a three-door vehicle knows it is about as much fun as a leaky nappy.

The extra practicality does not come free, but the $1500 premium over the price of its 3-door siblings is reasonable. Thanks to savage price cuts that accompanied the arrival of the new-generation three-door in April, the five-door Minis are all relatively affordable; $27,750 for the base Cooper, $32,900 for the Cooper D and $38,050 for the Cooper S.

It also gets rear parking sensors, but somehow Cooper, Cooper D and Cooper S all miss out on a standard reversing camera (it’s a $1220 option on Cooper and $470 on Cooper D and Cooper S). Given the Mini is aiming this car squarely at young families, leaving out this technology is a terrible decision, especially when it is standard on the $14,990 Honda Jazz and $15,690 Toyota Yaris.

You might be tempted to think Mini also cuts corners when it comes to the engine bay, fitting a three-cylinder engine to the base Cooper, but triples have come a long way in recent years and this turbocharged direct-injection unit is a beauty.

Its 100kW/220Nm is more than enough to peddle along nicely; there’s not much power up to the top of the rev range, but enough accessible torque to ensure this is not a problem.

A strong diesel is available with the Cooper D, which is great with an automatic, while the turbo four Cooper S is fast and loud.

Corners are still a blast in the five-door cars. The steering feels direct and the suspension is still on the firmer side, even in the base Cooper, but the ride is far from harsh.

There is ample room in the back seat for two, while the boot will fit a stroller.

The five-door is great fun, relatively good value and practical enough to make it a good car for a young family. Now Mini just has to make that rear camera standard. 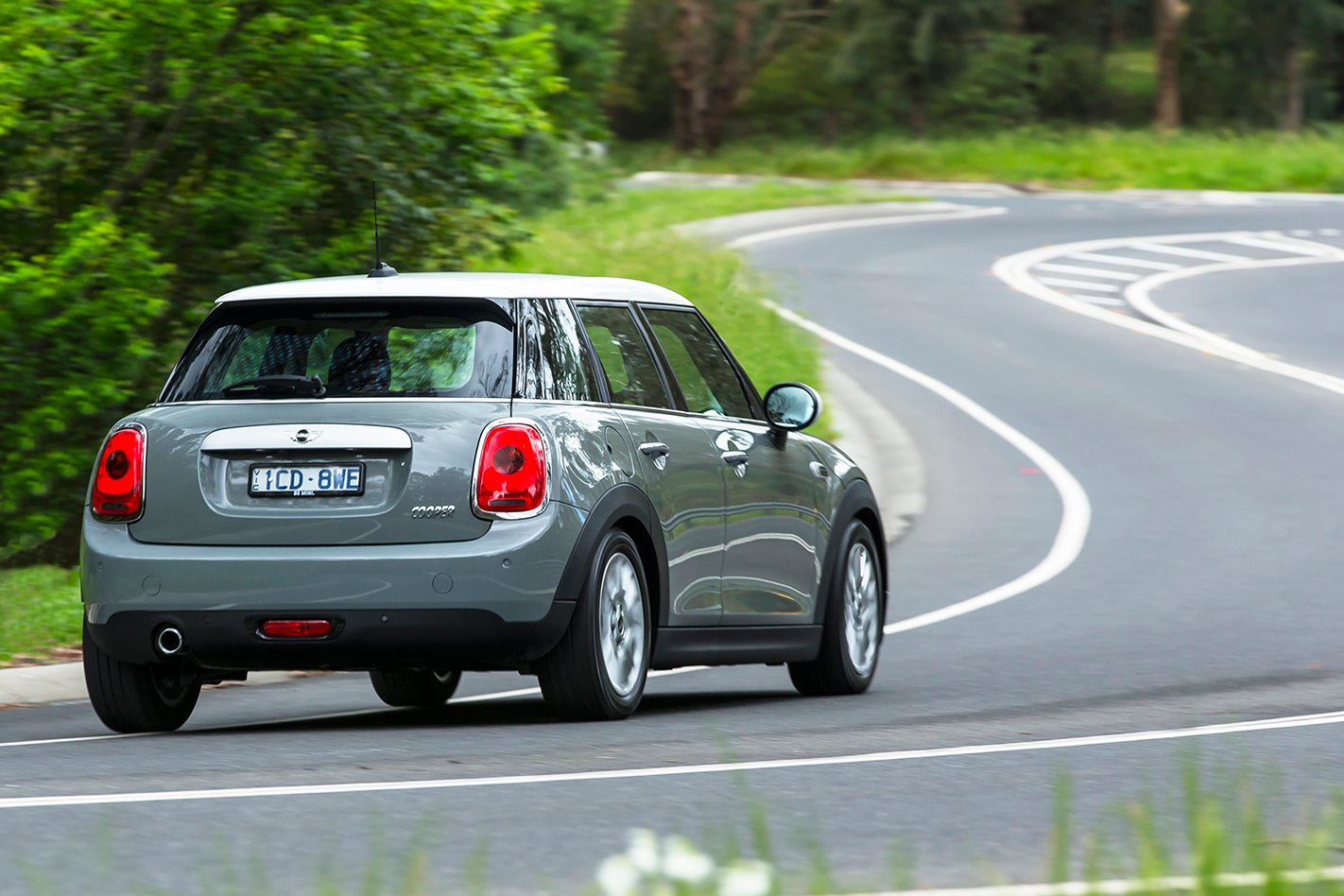 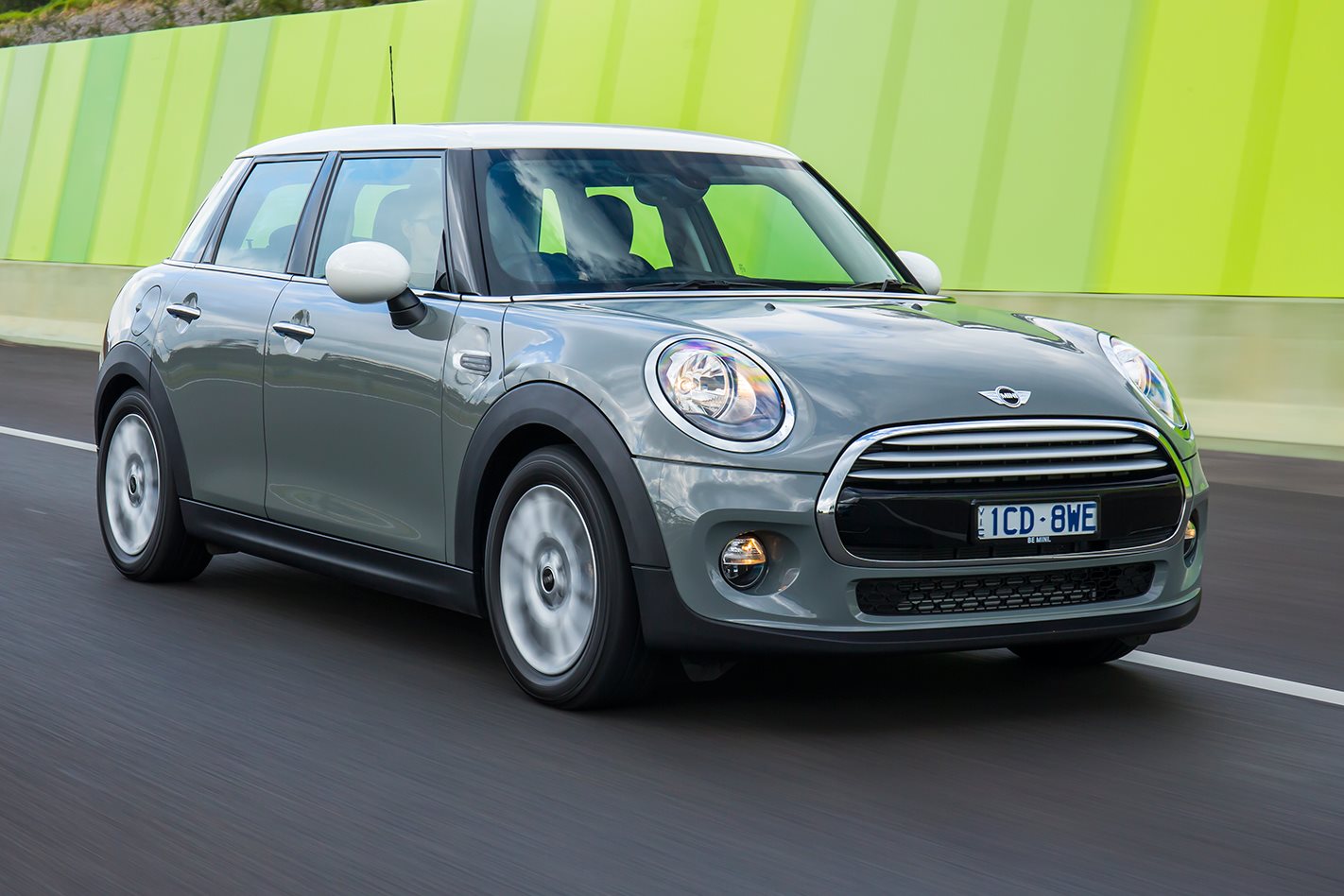 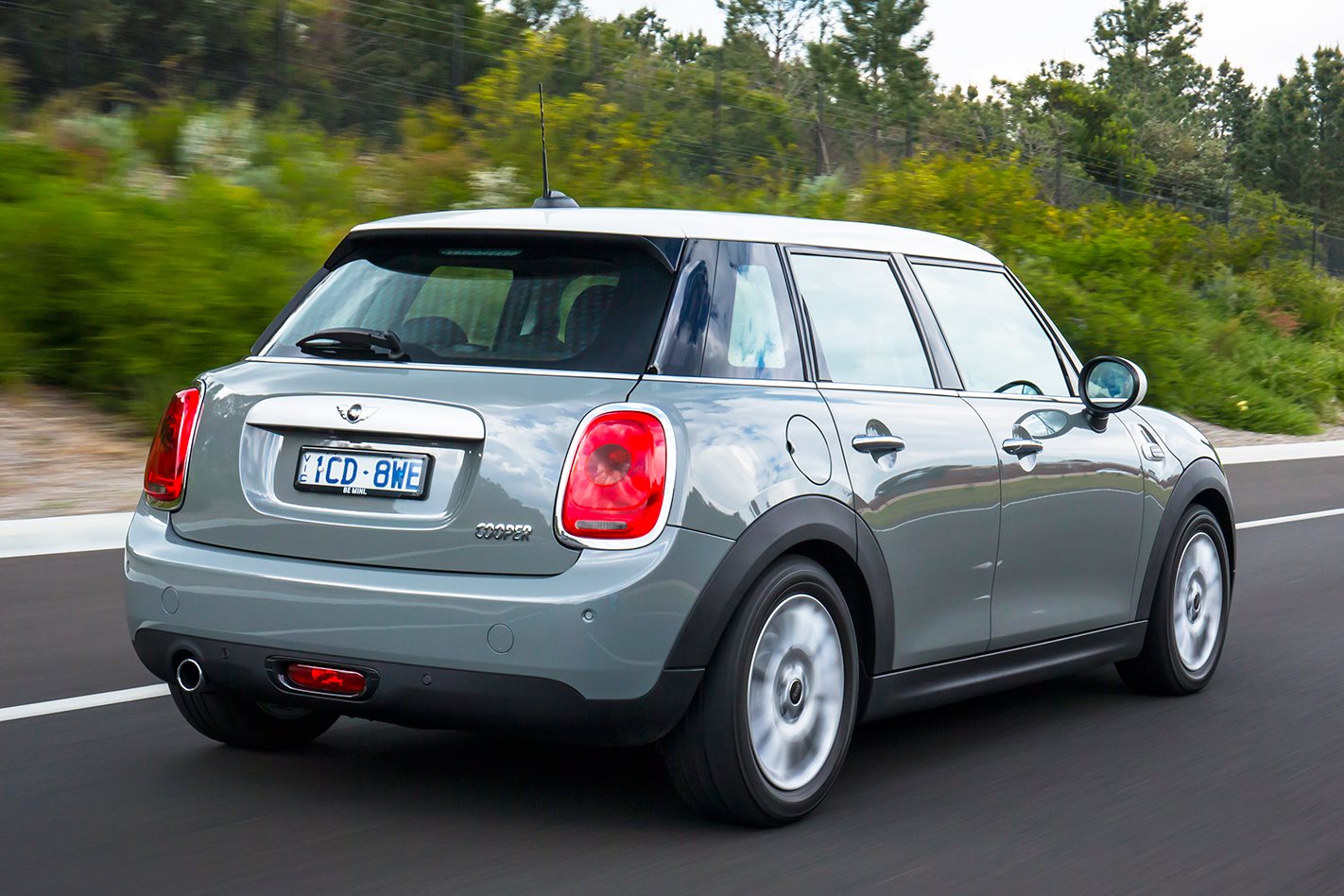 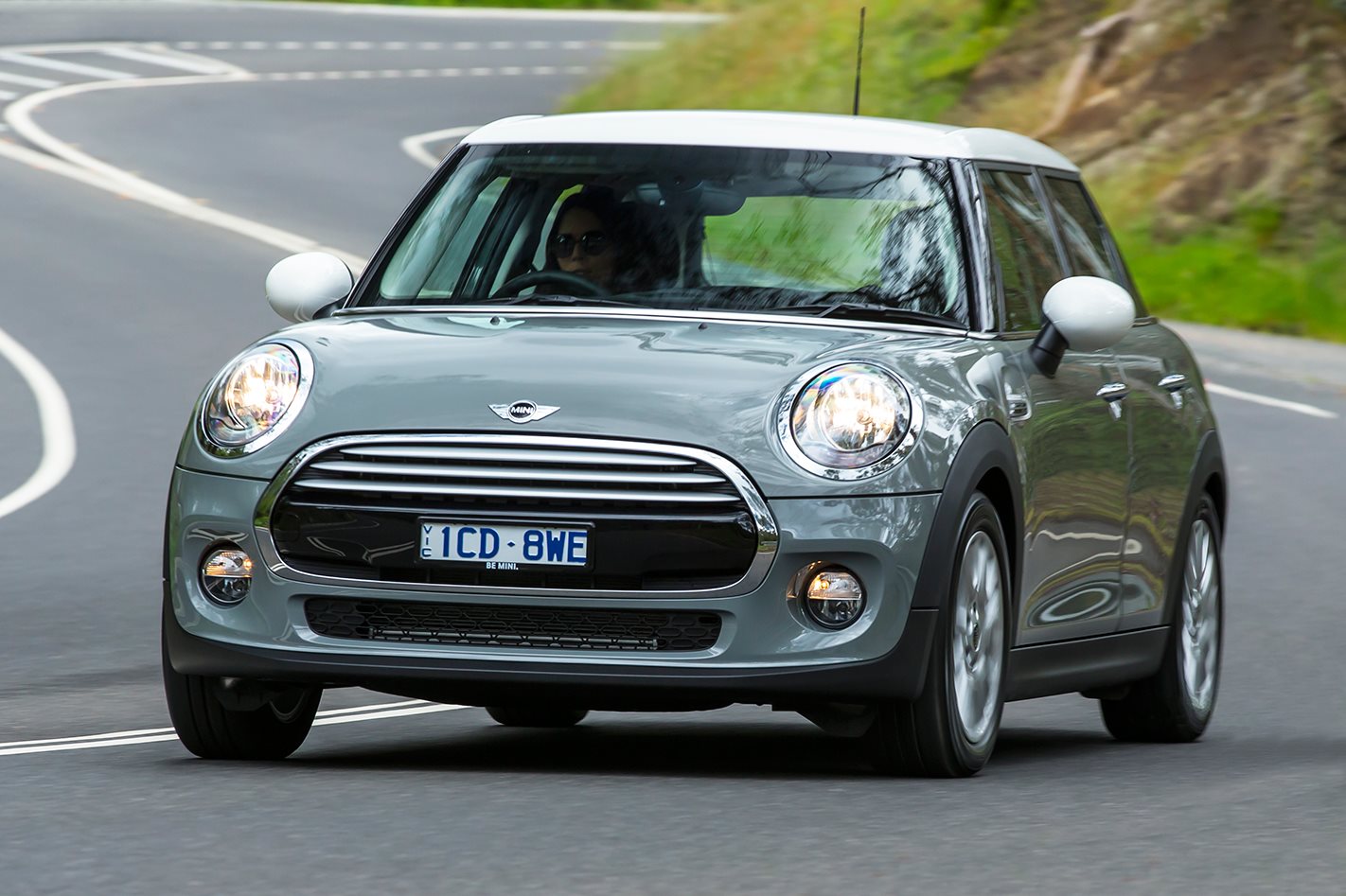 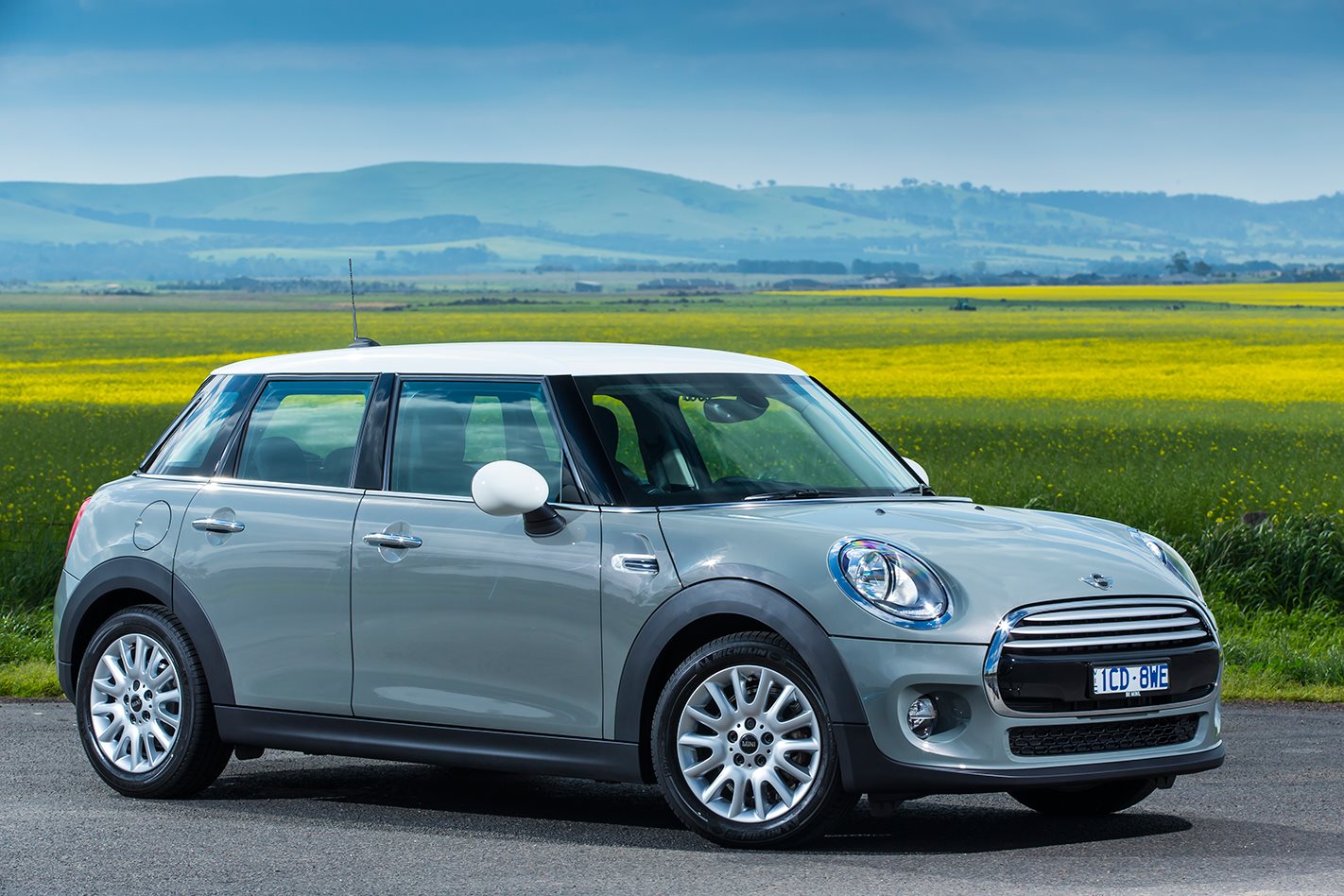 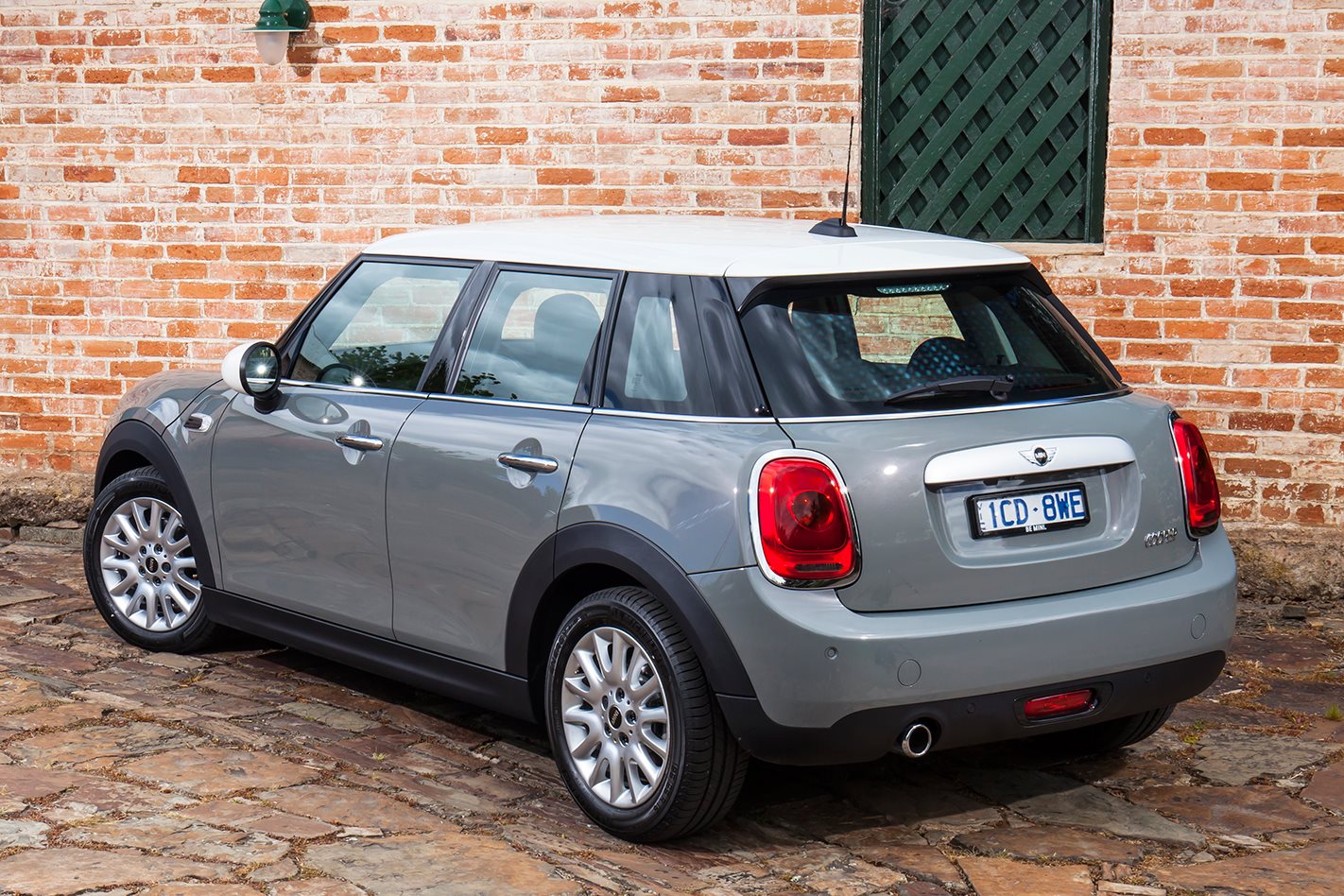 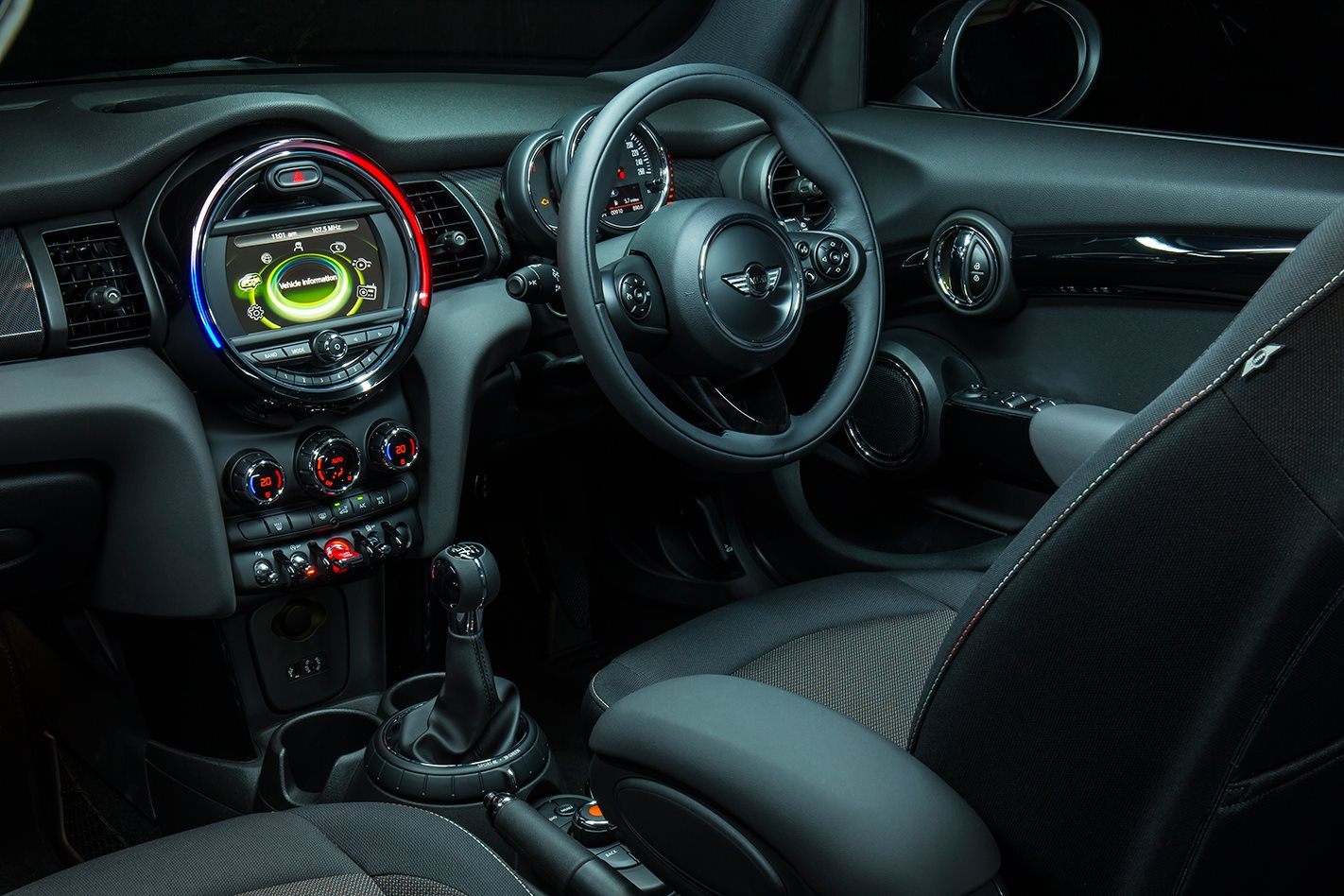 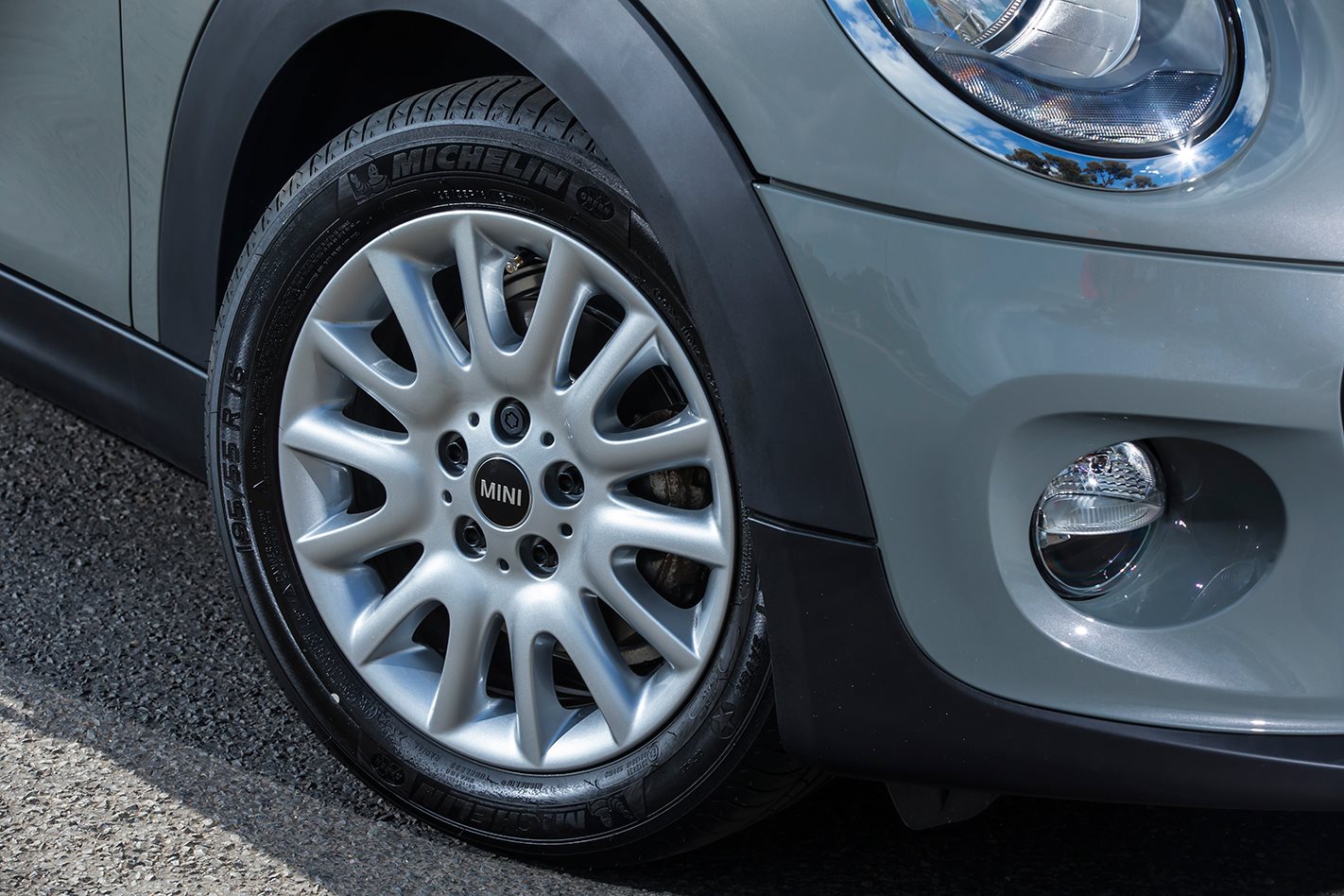