First the good news: MOTOR has finally driven an Australian-spec, Australian-delivered 2016 Ford Mustang. The bad news? It’s not the one you or I will be buying.

Yep, our first taste of the latter-day Pony Car was behind the wheel of the 2.3-litre four-cylinder Ecoboost model, not the 5.0-litre V8 version that has created waiting lists of almost a year.

In fact, Ford is holding something like 3000 paid orders for the new 'Stang, the vast majority – say, nine out of ten - of which will have eight spark-plug leads. 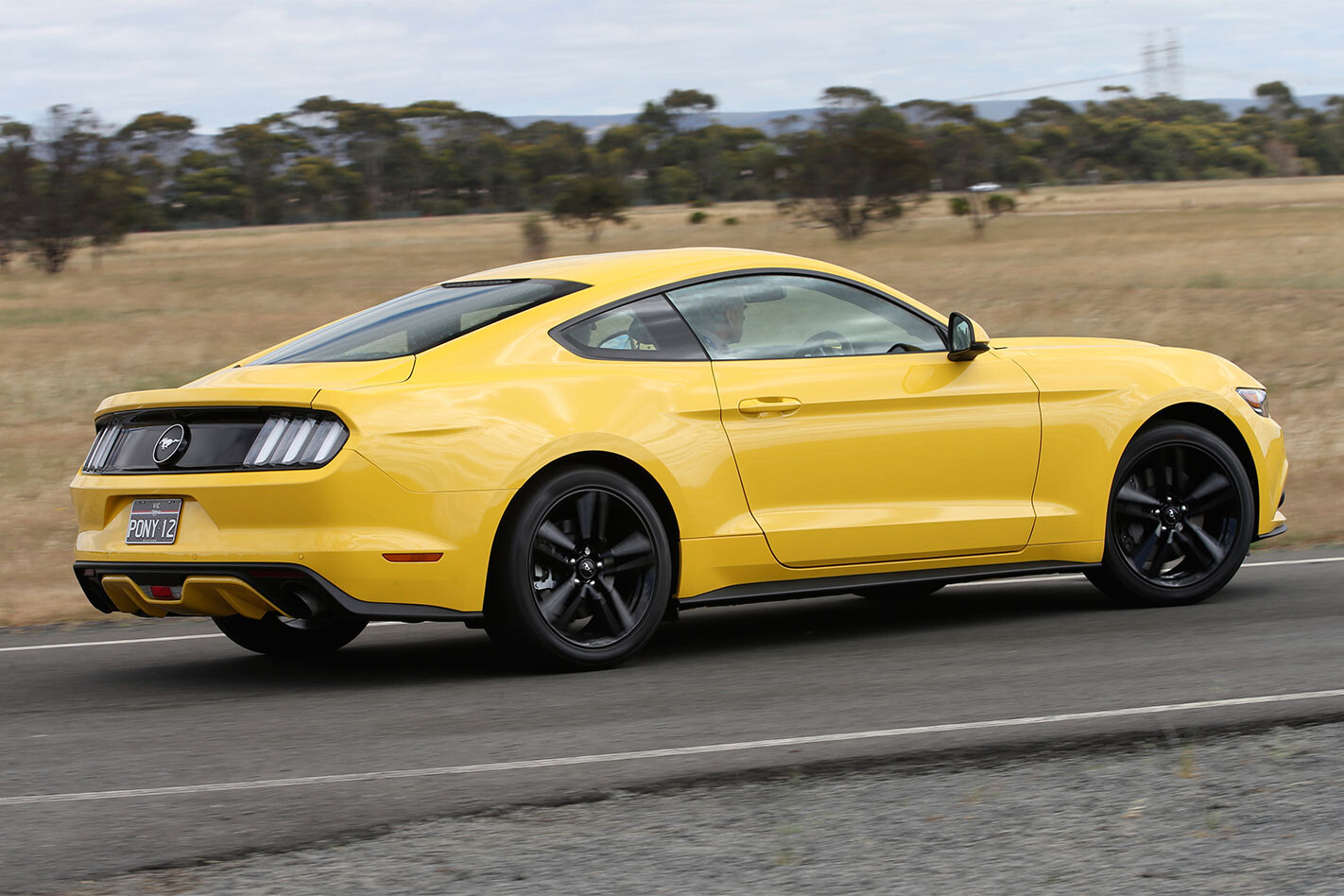 Which makes me wonder why Ford Oz is bothering with the four-banger in the first place. Ford honcho Graeme Whickman is on record as saying he expected the V8 to be the hero car at first but with Ecoboost sales to ramp up to something like 15 per cent once people start test-driving it and being surprised at how good it is.

Is he right about that? Well, I’m with him all the way about the Ecoboost 'Stang being a good thing, but I’m just not sure that anybody in the market for a Mustang will want one without that V8 soundtrack.

Sure, with 233kW (versus 306 for the five-litre) the Ecoboost does the biz, but it will never sound `right’ to a traditional Mustang customer’s ears. 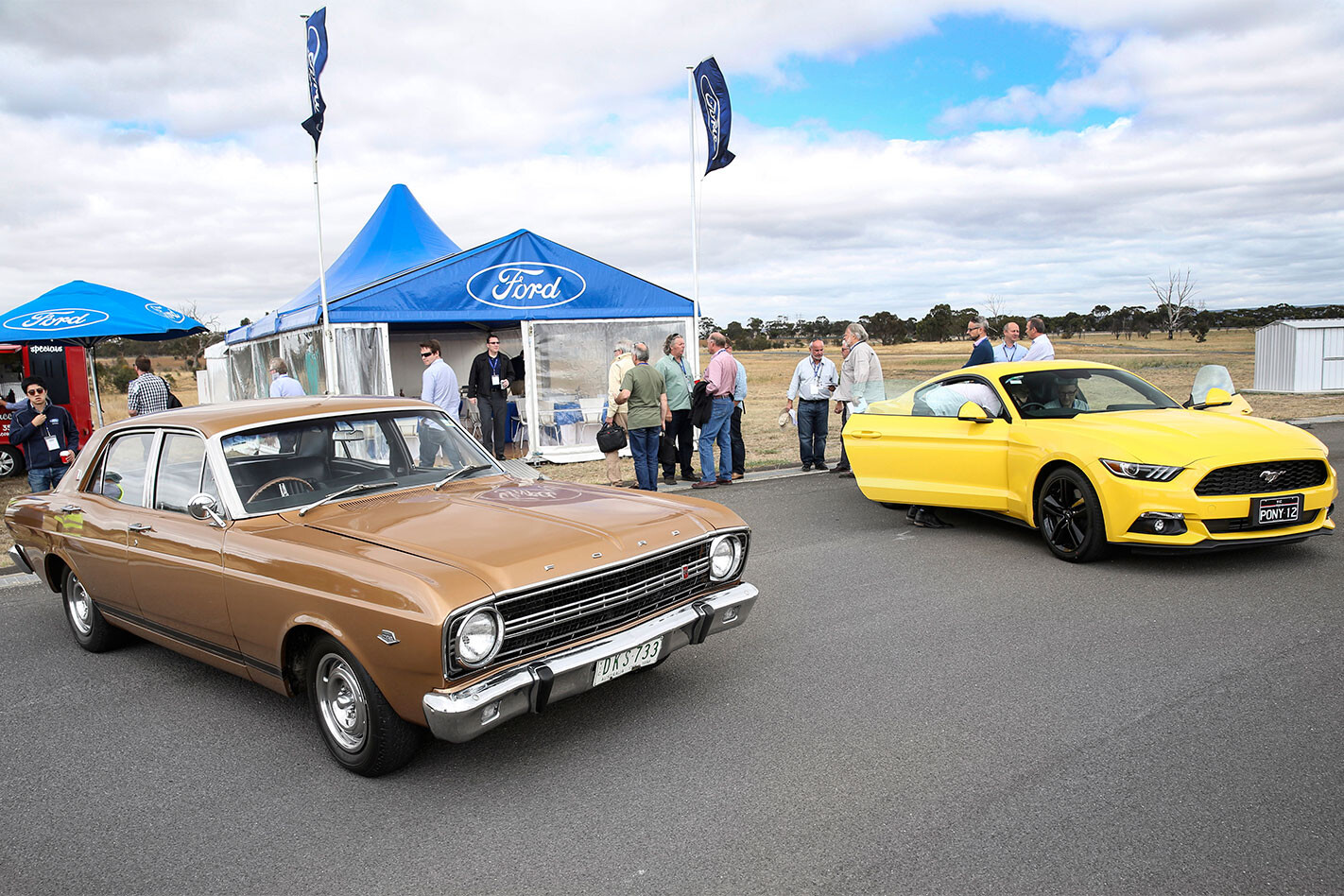 But it’s what Whickman and everybody else at Ford isn’t saying that could be the real reason. I wouldn’t be surprised to learn, for instance, that head office in Detroit is insisting that we colonials take our share of the four-cylinder ponies. It’s happened before, and not just at Ford.

I seem to remember Daihatsu telling the Australian distributor of the day that we couldn’t have any Pyzars unless we took our dose of the hideous little Move within the same shipment.

History, of course, records that we could have done without either of the wretched little Daihatsus, but that’s not the point; the point is that head office will always call the shots. 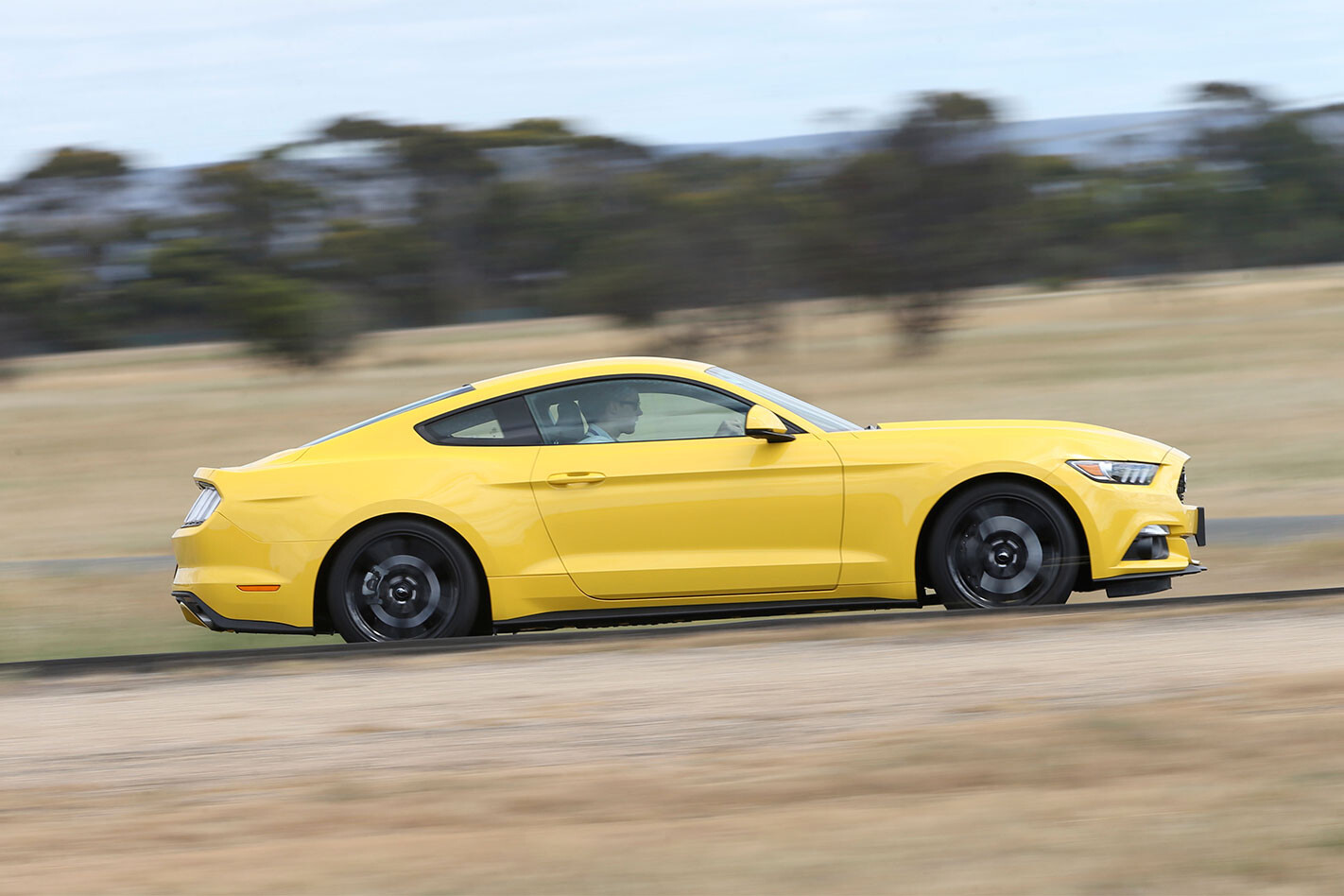 But anyway, what’s the Ecoboost Mustang like? Bit hard to say really, because I only got three laps of the ride-handling track at Ford’s proving ground, but the Ecoboost Falcon kept popping into my head.

The inherent balance of a big car with a physically small engine comes through loud and clear and the Stang steers pretty faithfully and doesn’t seem to have any obvious vices.

If anything, though, I reckon the Ecoboost installation in the Falcon was a bit quieter and a tiny bit smoother, although the Mustang version has more herbs when you sink the spurs.

But while I reckon the Ecoboost version was the pick of the FG Falcon variants, the same simply can’t be said of the Mustang, purely because it lacks the theatre and emotion that a badge such as Mustang demands. And I haven’t even driven the damn V8 yet. But that’s hero cars for you.