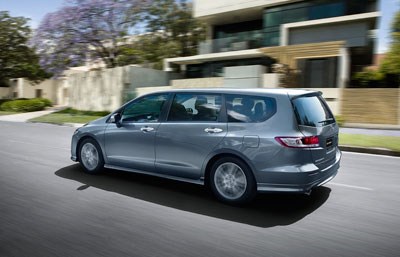 Approach the Honda Odyssey with any degree of objectivity and it has to be seen as a runaway contender for best family car of our times. After all, evidence shows that as the year 2010 approaches, people are chiefly concerned about utility and practicality, inherent safety, low fuel consumption and low emissions. Those latter two criteria are oft-quoted as being reasons why traditional family cars (aka Falcons and Commodores) are on the nose.


So with its four-cylinder fuel economy (8.9L/100km) and carbon emissions (212g/km), bundled with seven-seat capacity, the Odyssey rivals something like a Toyota Prius when it comes to environmental responsibility per seating position. Throw in Japanese build quality, extremely high levels of standard equipment across two model levels, and even a certain level of individuality in the styling, and it's easy to like this car a lot.

Until, of course, you realise the Odyssey is a people-mover. Like the previous model, Honda may have tried to disguise the fact by lowering the stance and roofline and flattening the windscreen angle. But in a country where the machismo of a seven-seater off-roader or the proletariat status of a locally built sedan still rule the roads, driving any type of one-box transport has all the appeal of a colonoscopy.

Can this image be reversed? I reckon Honda is nearer to hitting the magic recipe (of making people-movers cool, even desirable) than most. In fact, the company got so close with the last Odyssey it has retained the platform and then added stuff for this one. On the existing 2830mm wheelbase sits a new upper body architecture that is 30mm longer, has 60mm more cabin length, and is actually 5mm lower than before.

The 2.4-litre four has copped a power hike of 14kW to 132kW, but max torque remains static at 218Nm, and kerb weight is up by about 30kg in base trim. The upshot is that while heavy-throttle, high-rev acceleration from a standing start feels reasonable, the Odyssey can be caught out when asked to gather speed in the middle part of the rev range. The five-speed auto reacts in a civilised fashion when kicked down, but strangely has lost the old model's sequential-manual override.

Perhaps the Odyssey's main charm is its refinement, exemplified by low levels of wind and road noise, along with dignified ride comfort and a cultured and distant engine note. The road-hugging driving position is almost car-like (interesting that, when many buyers seek an elevated, 4WD-style view of the road) and the ritzy level of instrumentation and wrap-around dash gives a sporty impression far removed from other vans. The only let-down is a crummy looking single-DIN aftermarket CD/radio on the base model that stands out like a zit on a supermodel's chin.

Prices start at $43,990 for the base model with six airbags, ESP and cruise control, and $49,990 for the Luxury grade, which adds leather-trimmed and power-adjustable seats (including a power-retractable third row), 17-inch alloys and a double-DIN six-CD stereo. It stacks up pretty well against the likes of Toyota's Tarago and cheaper versions of Ford's Territory, if not the $34K Kia Carnival. And, finally, all Odysseys score a lap-sash seatbelt for the centre middle seat.

Honda claims a low centre of gravity aids handling, which is difficult to argue against given this Odyssey has all the body control and front-end grip of its predecessor and probably a bit more. The steering is light and lacking in soul, but the overall impression is of grace and manoeuvrability — not adjectives normally associated with the breed. A tightish 10.8m turning circle does no harm, either.

Undoubtedly this is an evolution of the existing vehicle. But to dismiss the Odyssey as just another people-mover would be to ignore the merits of its refinement, classy interior, spaciousness, and even environmental responsibility. 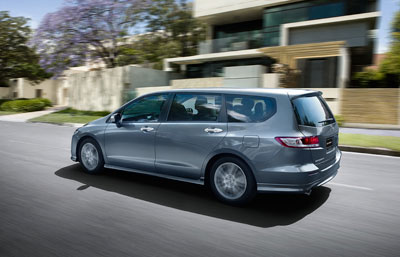 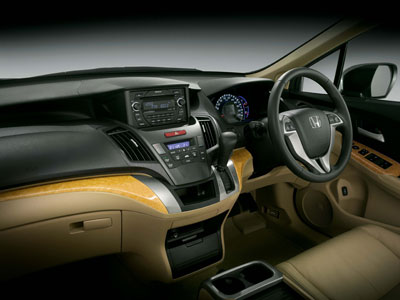 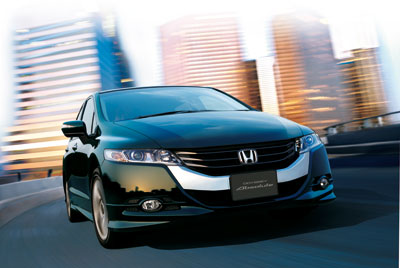