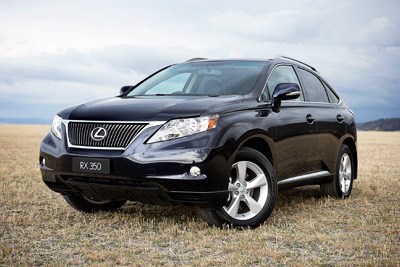 RX returns to refine the luxo SUV formula it defined.

The original Lexus RX (the RX300, sold only in Japan and the US) was a luxury SUV trailblazer, and since Aussies got their first taste of Lexus medium-SUV luxury with the second-generation model in 2003, the segment has continued to boom from 12 vehicles to 18. But the RX remains at the pointy end of the market, outsold in Oz only by BMW's X5. It's the Japanese car maker's most popular model here.


This goes a long way to explaining the evolutionary approach taken by Lexus in developing its third-generation medium-sized soft-roader. Despite the new RX350's all-new body and chassis, nothing about its styling or drive experience will alienate owners of the previous model. Peer beneath that familiar-looking exterior, however, and there lurks a thoroughly refined and re-engineered new luxury wagon.

The best news for enthusiastic luxo-soft-roader drivers (if such creatures exist), in addition to the improvements to safety, efficiency and comfort, is the RX350's new-found handling poise.

To a new, more rigid body structure attach an improved strut front suspension with a larger anti-roll bar and an all-new trailing arm double-wishbone rear suspension. A lower centre of gravity, revised spring rates, a larger footprint (wheelbase is up 25mm; front/rear tracks are up 55/65mm), and bigger wheels and tyres contribute to genuine dynamic improvement over the outgoing RX without trading the Lexus-signature ride comfort and refinement levels. Bodyroll is well contained, and an appropriate bump absorption/body control compromise has been struck.

The Lexus RX steers with accuracy through a new speed-sensitive electric steering system.

A new 3.5-litre V6 lifts outputs just 1kW and 5Nm, but Lexus claims the real gains are in the midrange. It's backed by a six-speed transmission in place of the previous five-speed, and grunt is apportioned to all fours via an on-demand AWD system, with front-drive the default. Zero to 100km/h is in a swift-for-an-SUV 8.0sec (claimed).

There has been effort to reduce cabin noise levels, with acoustic glass up front, new door and glass sealing, and by increasing the distance between the side mirrors and the windows to reduce wind rustle. Progress is hushed on smooth roads, though by reducing other noise sources, some wind rustle remains evident.

Externally, RX gen-three marks the first 'L-Finesse' (design philosophy — as seen on GS, LS and IS) Lexus SUV. A concerted effort to the way the RX cuts through the air has resulted in a CD of 0.33, thanks to aero tricks like tucking the rear wiper under the rear spoiler and a neat fairing on the leading edge of each rear lower suspension arm.

Prices are up, but so is equipment. The new entry-level Prestige variant is $81,900, compared with $77,631 for the outgoing entry Sports. However, the Prestige has many of the features of the outgoing top-of-the-line $87,588 Sports Luxury.

All variants feature active all-wheel drive, VDIM (retuned to be less intrusive), rear-view camera and 10 airbags (including rear-seat side 'bags), as well as Bluetooth and iPod capabilities, sat-nav and a five-star Euro/Japan NCAP rating (the result of 233 crash tests at a cost of $30m). A space-saver is standard, though a full-size wheel and tyre can be optioned.

The $88,900 Sports adds a moonroof, 19-inch alloys, a new pre-collision system and radar adaptive cruise control to the Prestige.

In addition, the flagship Sports Luxury gets bright chrome 19-inch alloys, intelligent adaptive headlamps, 'wide-view' side camera, reversing sonar and rear guide assist for the reversing screen, a head-up display and is loaded with creature comforts.

Lexus is predicting sales of 130 a month in the current financial crisis market (excluding the forthcoming RX450h, due in July). A conservative estimate for a conservative yet thoroughly re-engineered evolution of a class-creating family car. 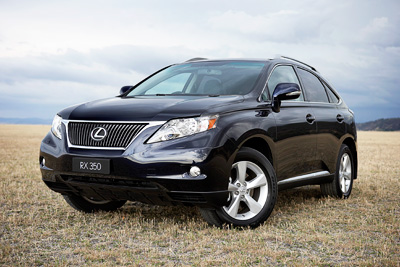 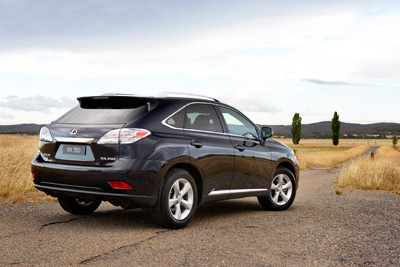 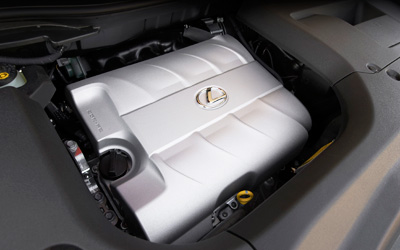 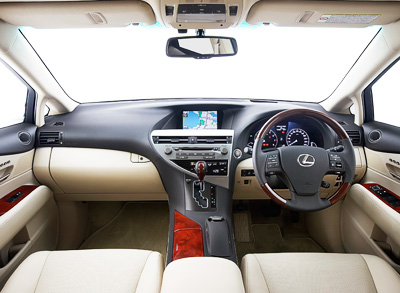