Who would’ve thought Lexus would turn out to be the black sheep of the premium family?

As rivals downsize and turbocharge, Lexus is sticking to its naturally-aspirated guns, which means that under the bonnet of its new GS performance flagship you’ll find a stonking 5.0-litre atmo V8.

It produces a healthy 351kW/530Nm and sings its way to a 7300rpm redline, however lacking any form of forced induction its trump card is throttle response as sharp as the GS F’s polarising front-end styling - with Sport+ drive mode selected at least.

Lexus claims it’ll shift 1825kg of sedan to 100km/h in just 4.6sec, which feels a little optimistic, however it’s still plenty rapid, particularly if kept on song above 4000rpm. 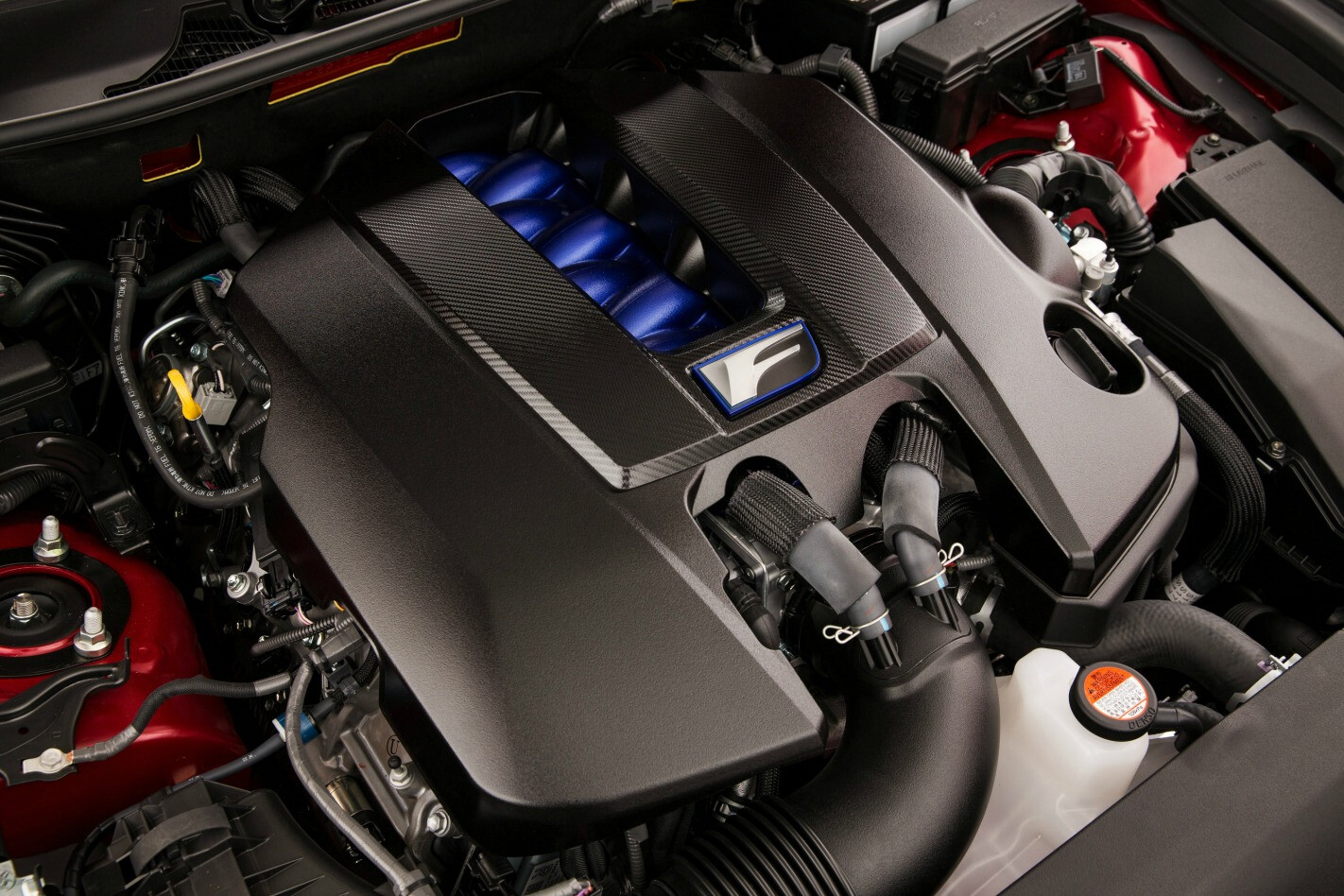 It needs to be worked hard to deliver its best, but with eight closely stacked ratios to choose from you’re rarely caught short of a gear, with changes delivered promptly and swiftly despite the gearbox being a conventional torque-converter automatic.

Lacking as it does the huge off-idle punch of its turbocharged rivals, traction is rarely an issue, as 530Nm isn’t enough to overcome grippy 275/35 Michelin Pilot Super Sports without some severe provocation.

More often than not it’s the front that gently pushes wide at the limit, but grip levels are strong and the balance is essentially pretty neutral. There are four drive modes to choose from, but for spirited driving you’ll want to stick everything - including the trick torque vectoring differential - into its most aggressive setting. In fact, if there’s one thing that demonstrates how far Lexus has come since its blancmange-like mobile lounge chairs of the late-’90s/early-‘00s it’s the GS F’s behaviour at the limit.

Sure, push to 10-10ths and it’ll come apart a bit, but it’s an easy car to drive quickly and laps up track work - if you’ll pardon the pun - thanks in no small part to that Michelin rubber and its excellent brakes, with 380mm discs and six-piston calipers up front and 345mm discs and four-piston rears. Unfortunately, its everyday shine is dulled somewhat by a jiggly ride that threatens to turn brittle on poor surfaces, and with a claimed urban fuel consumption of 16.8L/100km it likes a drink, too.

A final verdict on the GS F is tough, however, as it is difficult to know what to compare it to; in that sense, it’s a bit of a black sheep in the performance car world. 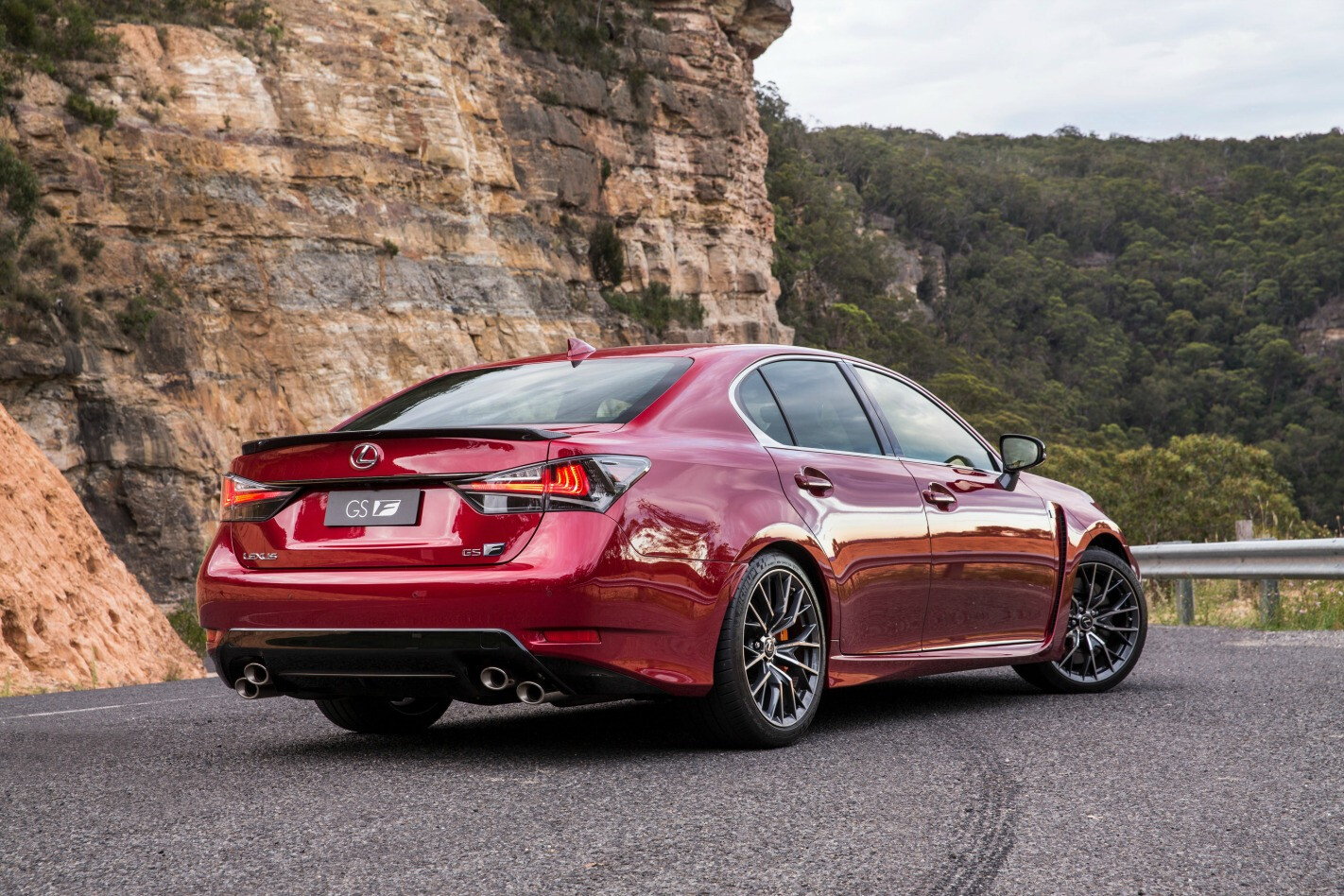 It’s the size of a BMW M5 or Mercedes-AMG E63, yet at $148,800, the price of cars a segment smaller like the C63 or M3. To be honest, it wouldn’t match the pace of either, but does offer a refreshingly different driving experience.

Lexus probably won’t like the comparison, but with its crisp V8, agile handling and love of a good thrash, what the GS F feels like most is a faster, more premium version of a Holden Commodore SS V Redline, which sounds damning but isn’t meant to be.

Exactly how well the GS F stacks up we’ll find out in a coming comparison, but for the time being it’s a welcome addition to the fast four-door segment.