The Mercedes-AMG C63, the hot-rodded version of the new W205 C-Class. It's ditched 'Benz', the new name reflecting AMG's greater input in developing its latest line of models.

Sounds fair enough, is it much different?

Very different. In fact, pretty much everything has changed. Obviously, being based on the latest C-Class, there's an updated platform, but the headline news is the arrival of AMG's new 4.0-litre twin-turbo V8.

As covered in our initial pricing story, the new C63 is landing in Australia exclusively in 'S' guise, meaning 375kW/700Nm, or 17kW/100Nm more than the old C63 Performance Pack.

The seven-speed MCT gearbox is retained, though heavily updated, but the rear limited-slip diff is now electronically-controlled, a development of the unit found in the SLS Black Series.

Adaptive engine mounts also make an appearance, having debuted on the recently released AMG GT supercar, set to appear in Australia in July. These trick little devices are able to adjust their stiffness to reduce vibration when soft to improve comfort, yet restrict engine movement when hard to improve handling.

Brilliant. We haven't been the biggest fans of the downsized, turbocharged movement, but AMG's new M178 engine blows that out of the water.

Obviously, its increased outputs means it bests its naturally-aspirated predecessor in terms of outright speed, but, crucially, it matches the old atmo engine's superb responsiveness, too.

Part-throttle response is incredible; you need only flex your toe and the engine begins to deliver power. Floor the throttle and you'd best be prepared for a substantial push in the back.

With 700Nm available from just 1750rpm, low-end urge is outrageous – you could drive it everywhere in fourth if you wanted to – but it also revs keenly to 7000rpm, all the while bellowing a vicious, primal roar with deep explosions your reward on the overrun.

The MCT gearbox is a big step forward, too. Left to its own devices, it has an uncanny knack of pre-empting the right gear for each situation but when you do take control it responds to up- and downchange requests with much more haste.

The changes themselves are also quicker, though it's still not quite as crisp as BMW and Porsche's dual-clutch boxes and it can occasionally trip over itself at low speed, particularly in dozy Comfort mode.

So it's good in a straight line, but what about corners?

Once upon a time, AMG's most potent models were akin to dragsters; impressive and comfortable on the straight bits, less impressive when roads turned twisty. No longer.

The first thing that strikes you is the texture of the road being fed to you through the steering wheel, something that's all too rare with modern electrically-assisted setups. This immediately gives you confidence to lean on the front end, which hangs in gamely until you get really ambitious with mid-corner speeds.

Unsurprisingly, at corner exit oversteer is readily available in the first three gears (and probably more on track); despite the electronic locking diff, 700Nm is just too much for 265mm-wide rubber to contain.

The upside of that tricky diff and narrower rubber is that when it does start to slide (and if you're driving it hard, it is 'when' rather than 'if') it does so in a beautifully progressive manner.

Unlike the M3, which can occasionally be a bit of a handful, the C63 can be driven on the very edge of adhesion, with the ESP in Sport mode allowing enough slip to avoid having to turn if off to have fun (though it's even more fun if you do). That said, the more agile BMW is likely to have the edge in outright pace.

When you've finished hooning up and down your favourite road, switching the adjustable dampers from Sport to Comfort softens the C63 back into cruise mode. The ride is still firm but with just enough pliancy to avoid irritation. And Sport+? Leave that to the race track, unless you like to feel every single bump in the road.

As a road car, the C63's only real weakness is that over big bumps at speed, it can sometimes feel likes it's struggling to contain its 1655kg a little. It's never unruly, but the odd allowance does have to be made.

It's a good thing, then?

Absolutely. It's an extremely polished product, and a worthy successor to the car that took AMG into the big leagues.

The engine is superb, the chassis is great, it's reasonably comfortable and has the added bonus of everyday practicality, especially in estate form (our pick, just for the cool factor).

Add in the fact that Mercedes-Benz Australia has ticked virtually every option box as standard and, while $154,900 is a lot of money ($157,400 for the estate), in the context of its rivals, it appears quite good value too.

The only problem is, it's likely to be a victim of its own popularity. Taking pre-orders into account, M-B Australia predicts that the first 18 months' worth of cars could already be spoken for. But then, the best things in life are worth waiting for. 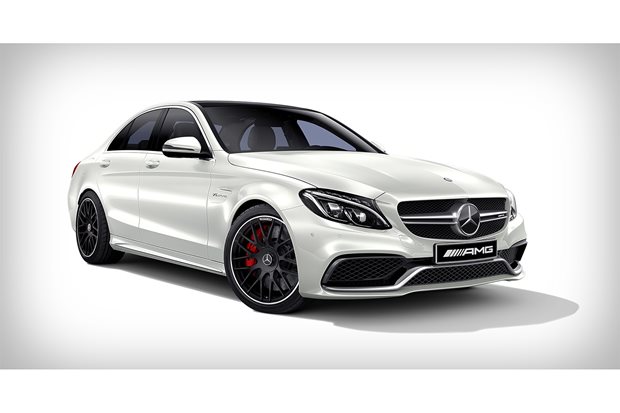 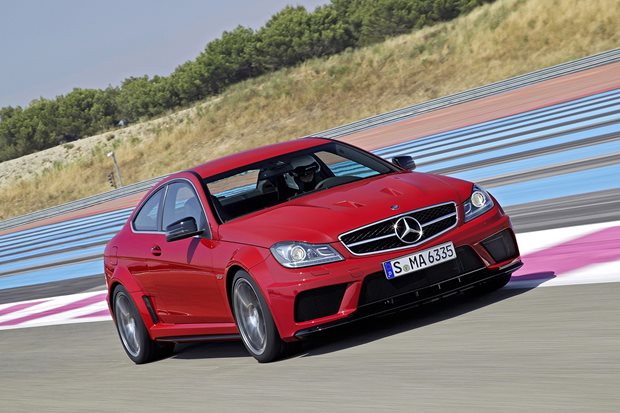 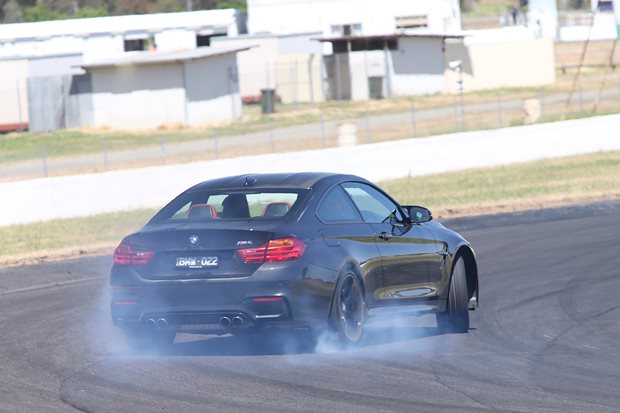 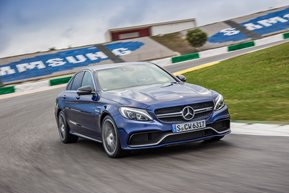 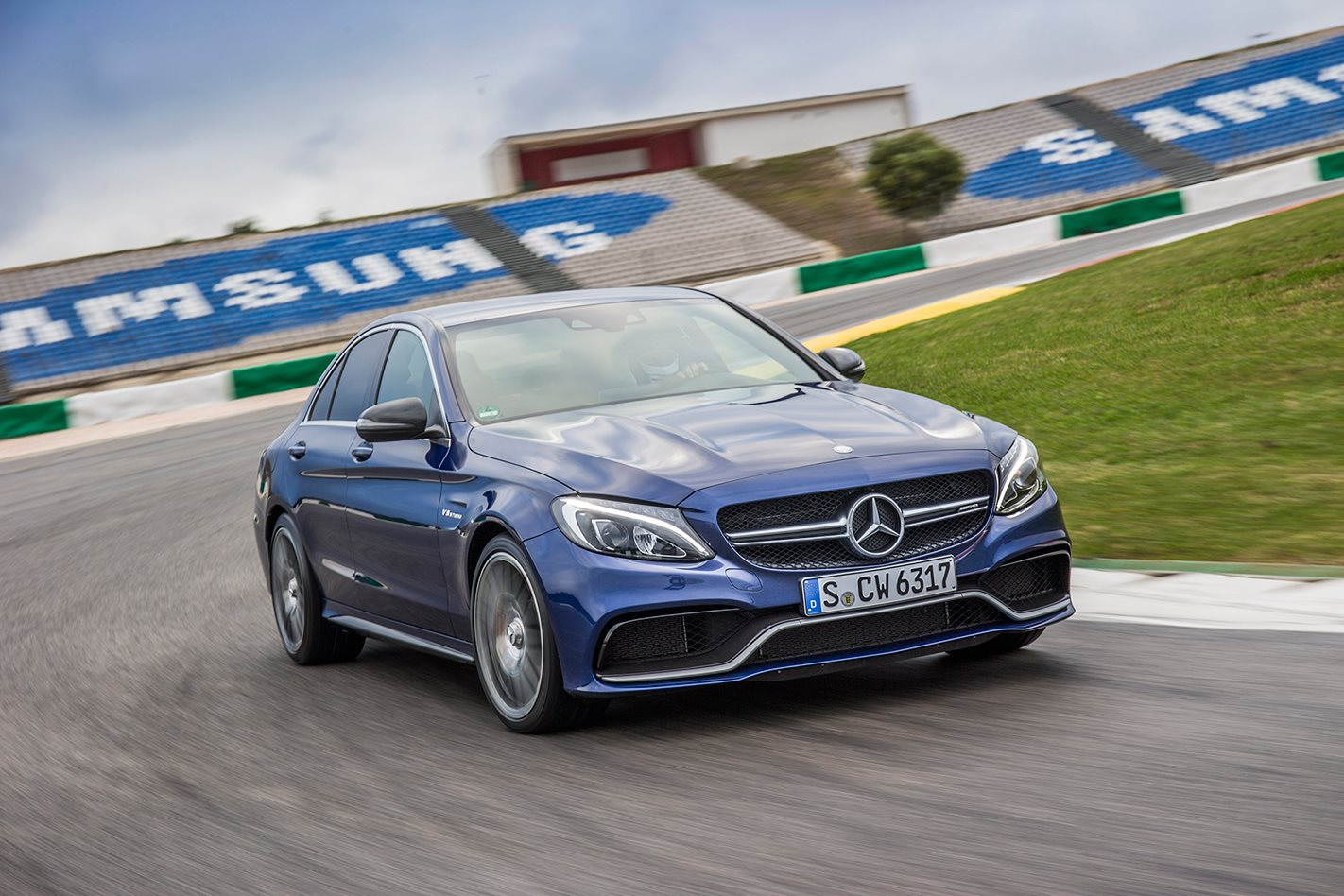 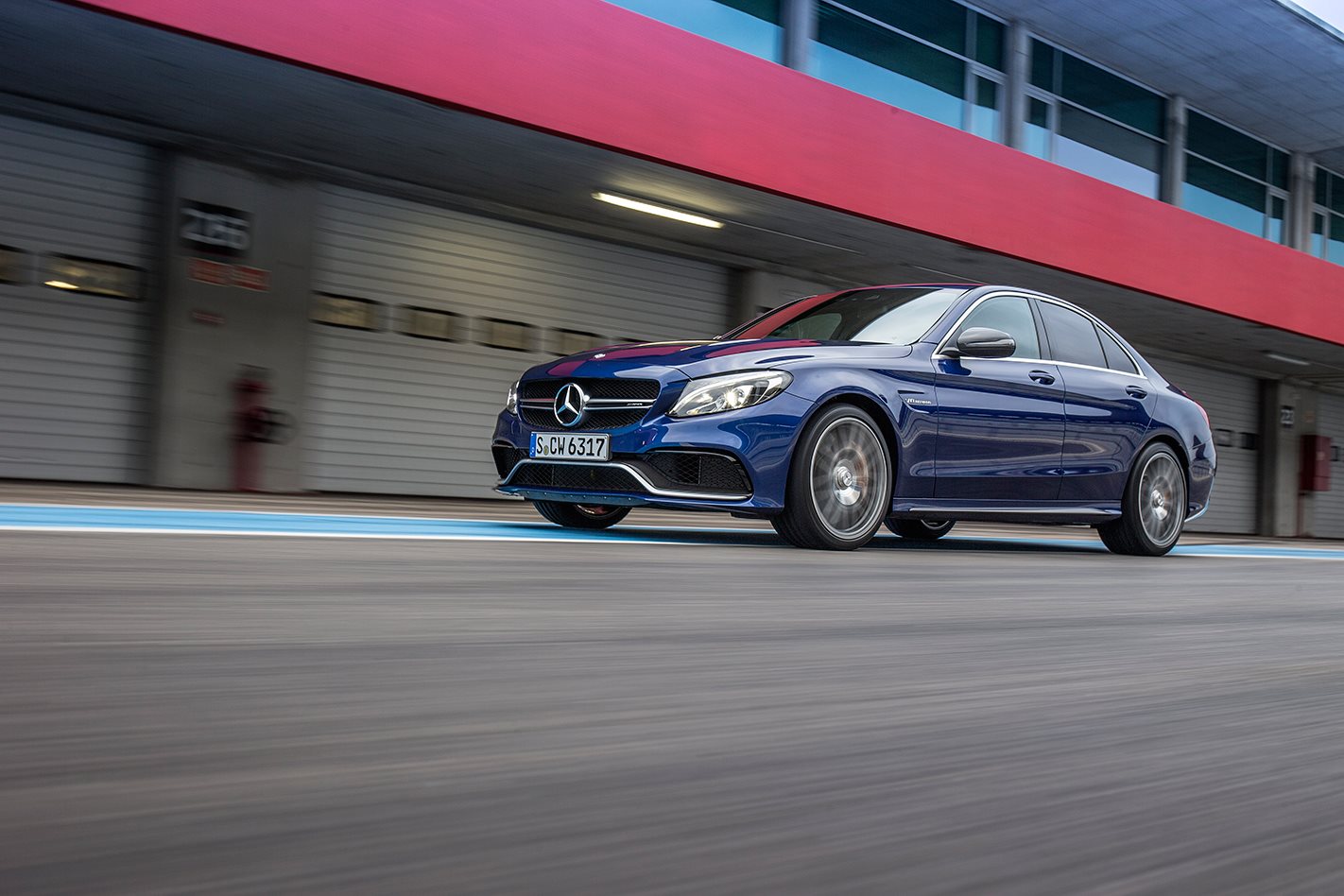 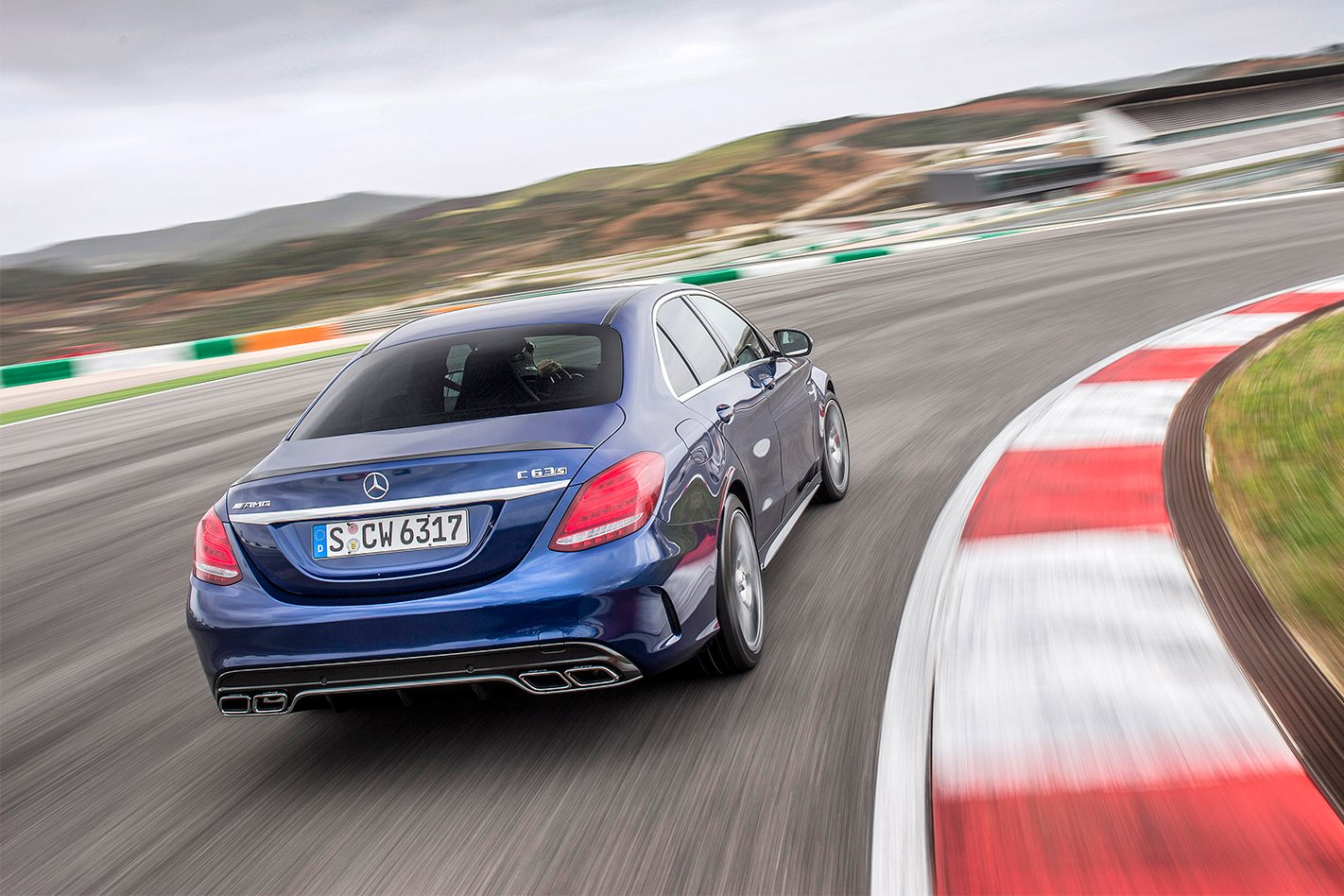 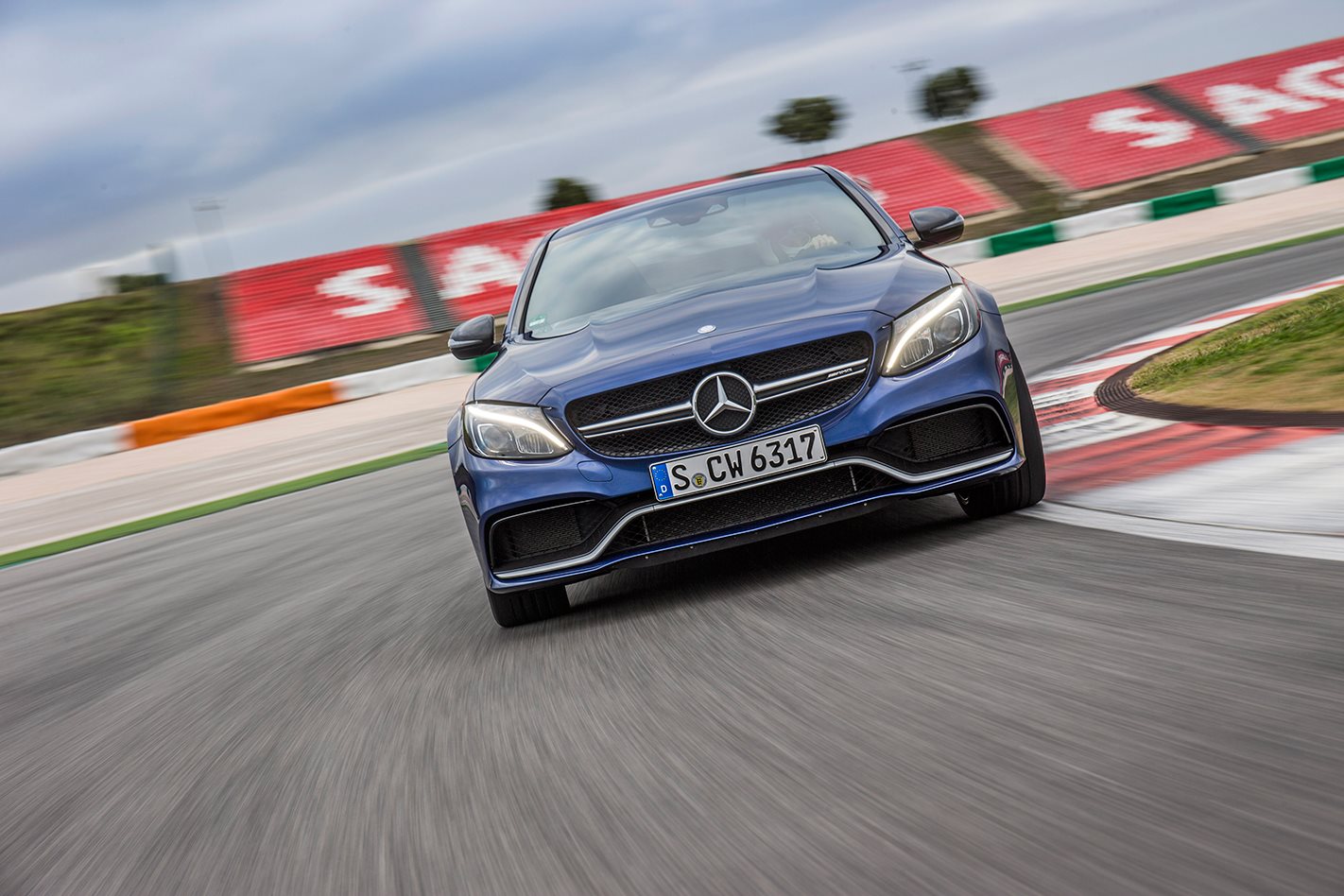 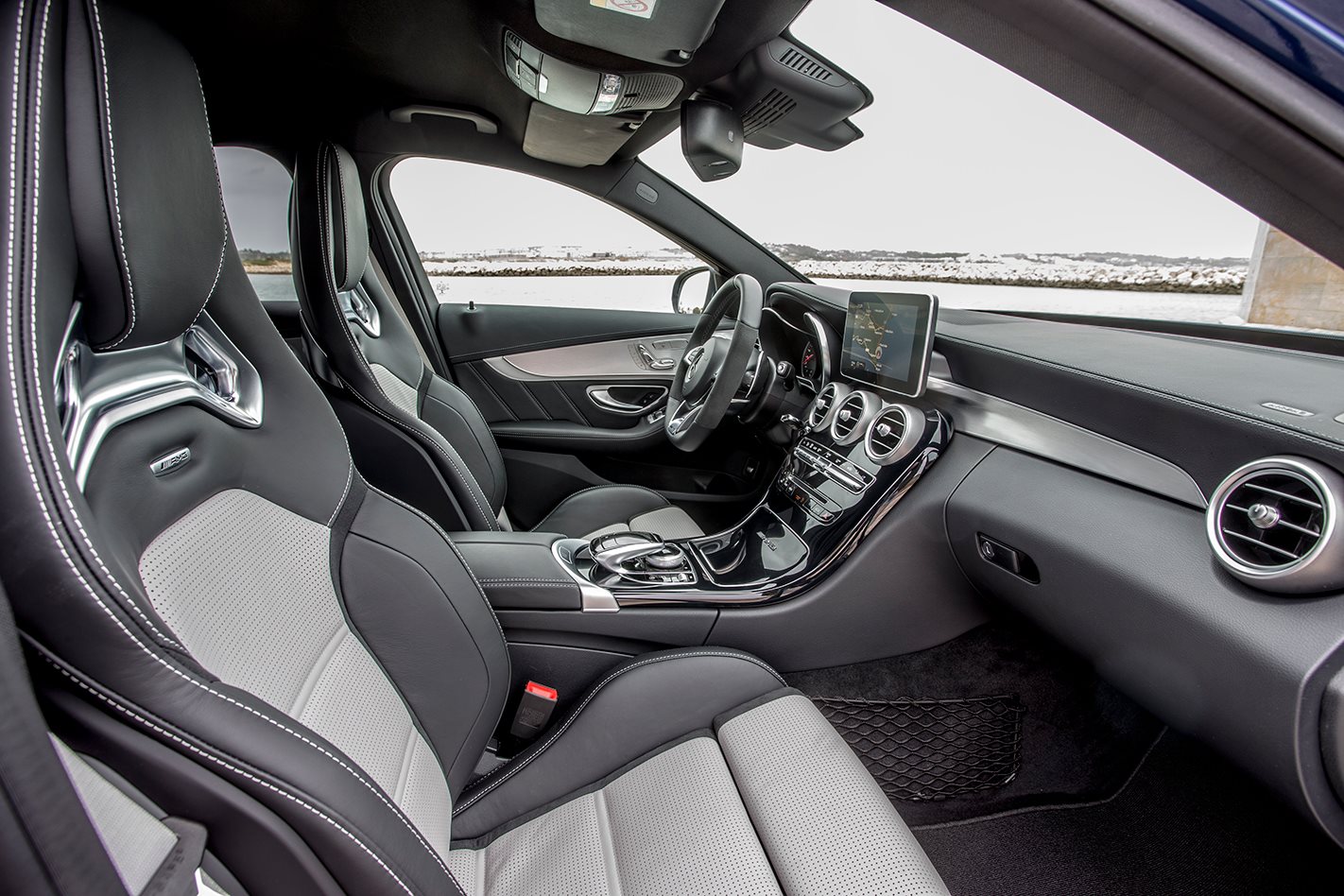 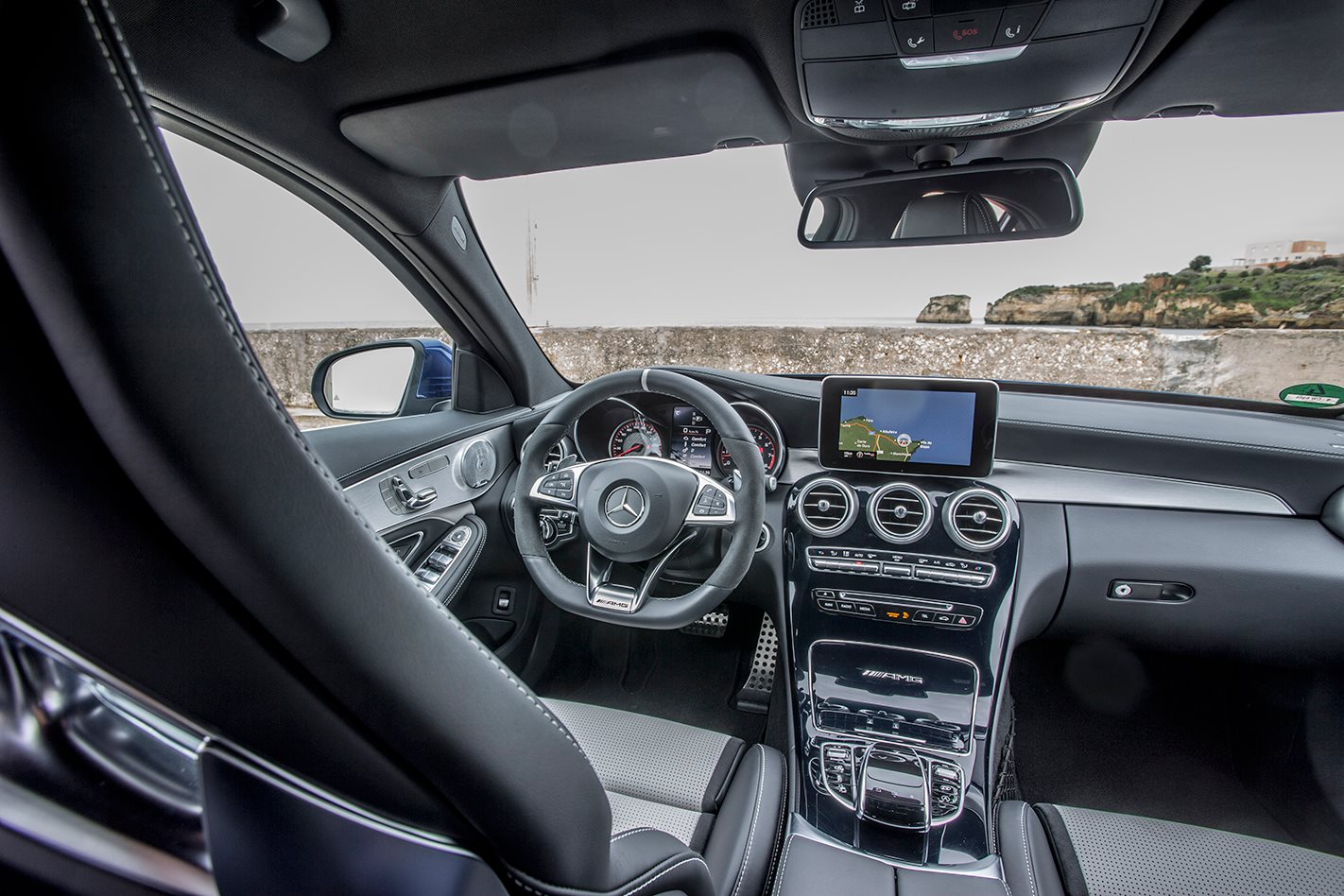 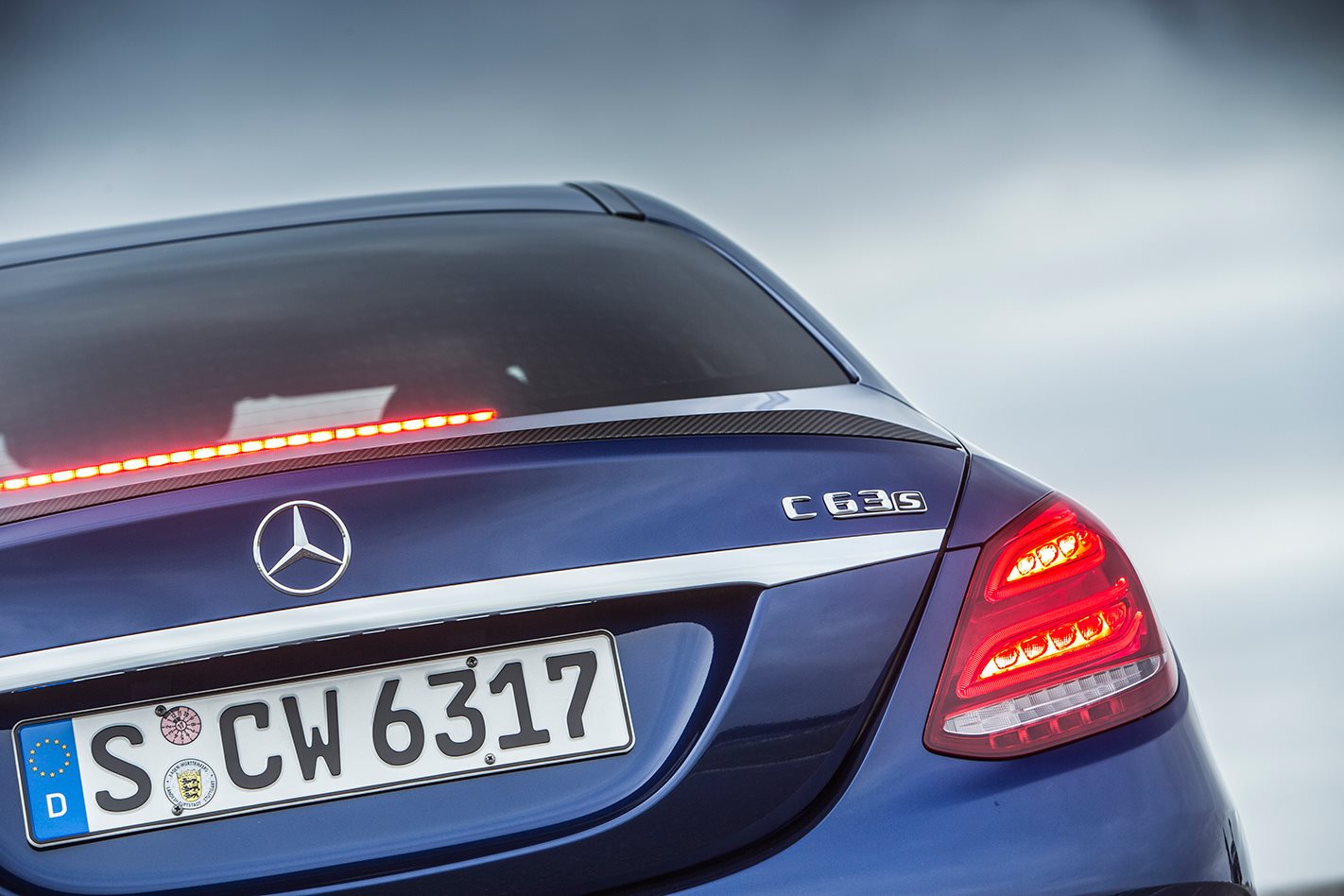 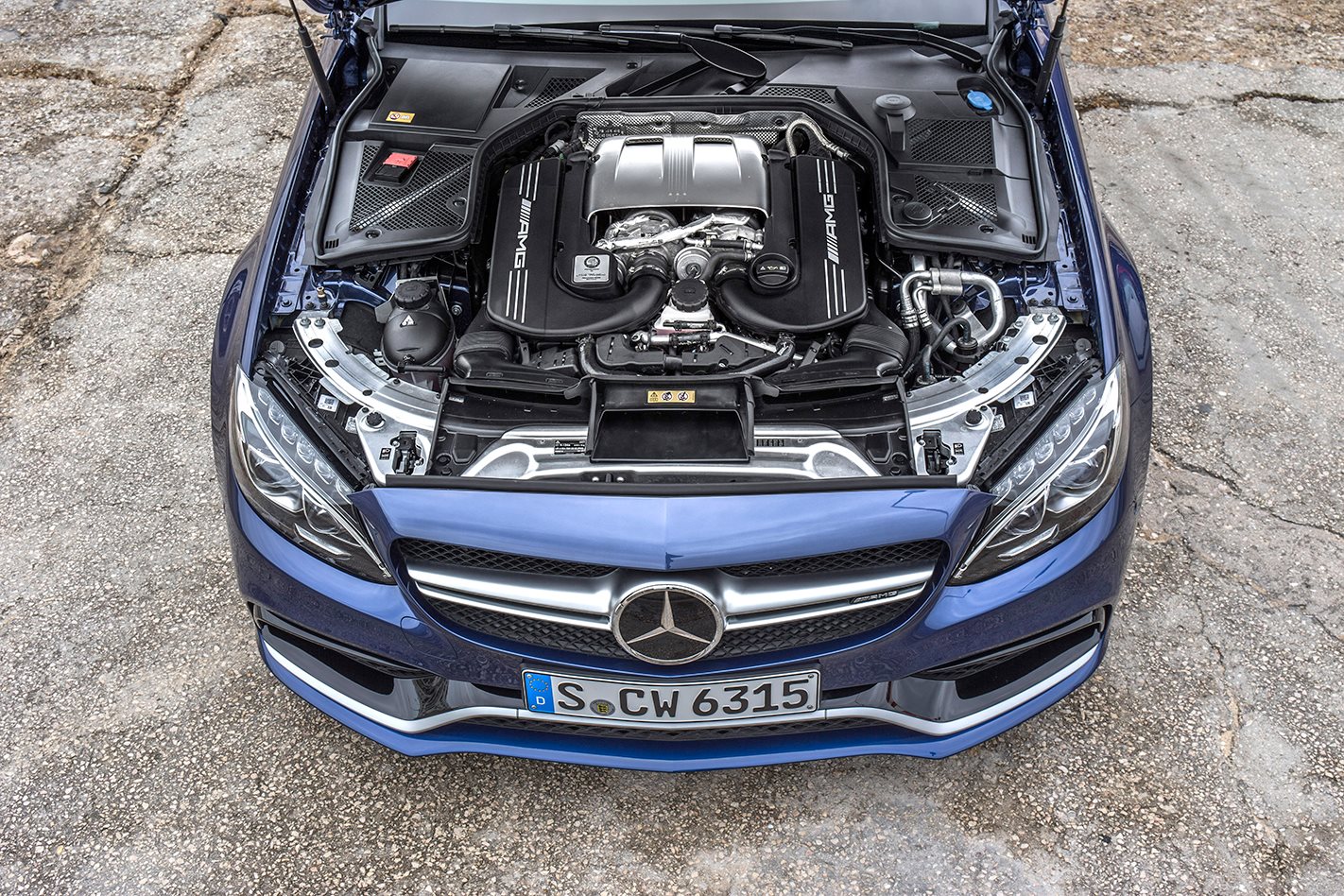 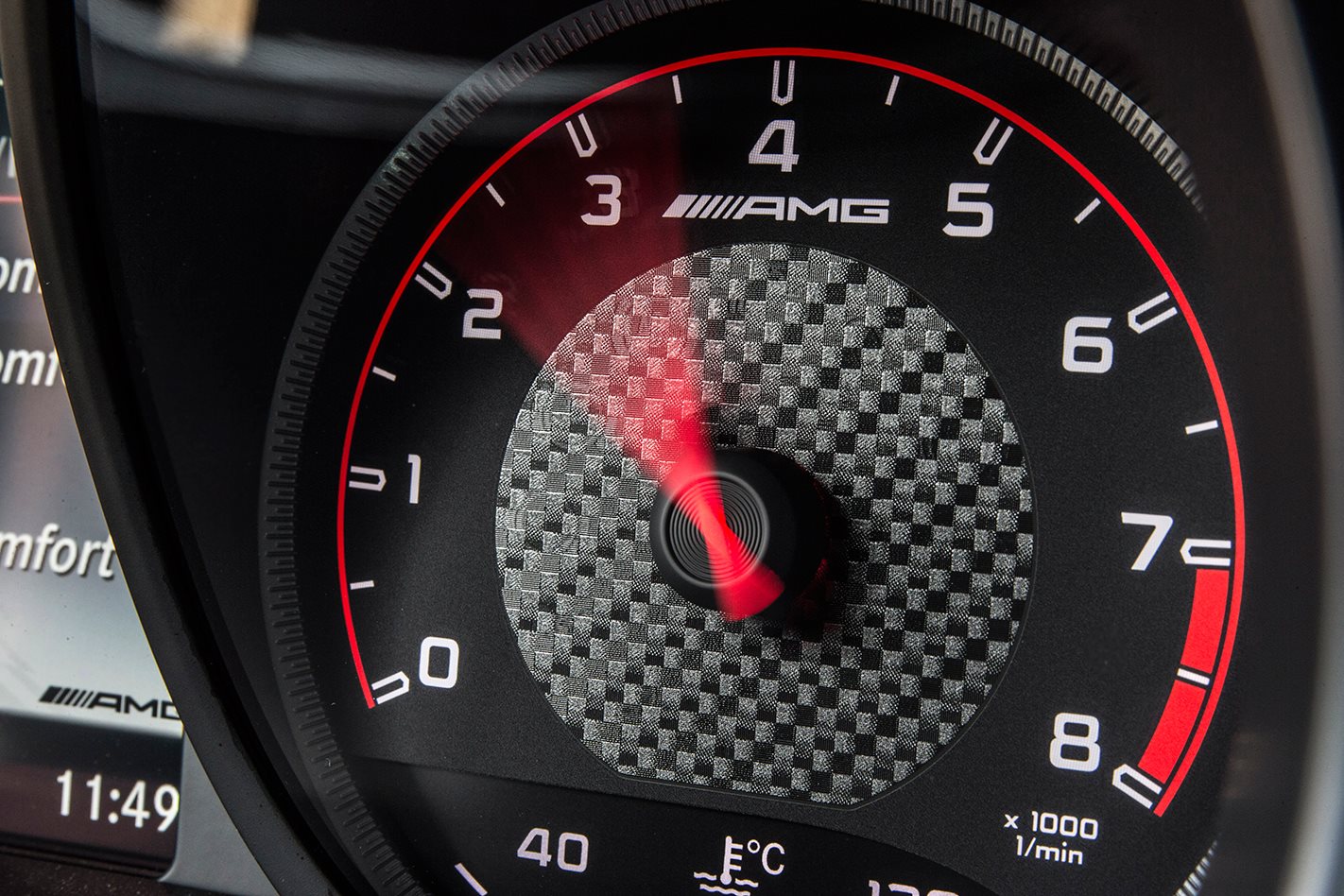 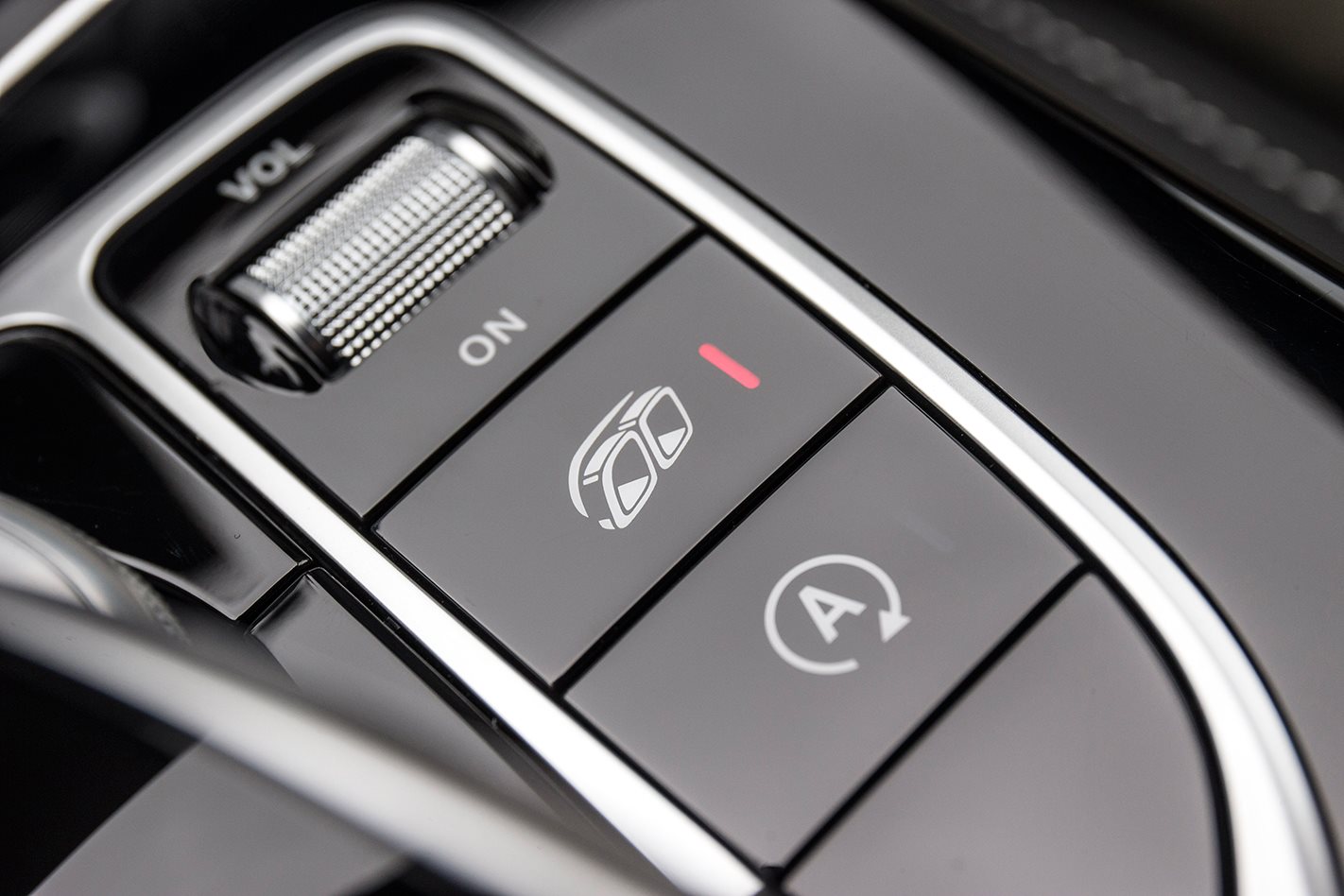