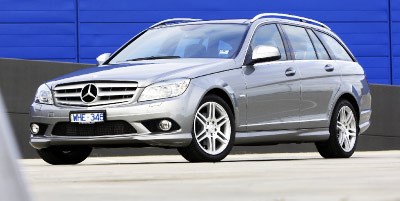 Fully loaded in more ways than one.

The C-Class Estate didn't make it onto the starting grid of our 2007 Wheels Car of the Year program , as it wasn't released in Australia until May of this year, some 10 months after the sedan. However, had it done so, the stylish wagon would have only added weight to the compelling argument for awarding the compact Benz our coveted Wheels COTY trophy.


I say this having now spent several weeks at the wheel of our impressive Palladium Silver C200 Kompressor Estate. We had, in fact, originally requested a C-Class sedan, with a view to spending some quality time with the reigning Wheels COTY. However, we were convinced by former Wheels contributor-turned Benz PR operative, David McCarthy, that the Estate's arrival was too good an opportunity to pass up. The plan is now to run the wagon for a few months, then swap it for a sedan.

Like any car nut let loose in the toy shop, 'Macca' can't help himself when it comes to ticking options boxes, and what was supposed to be an (entry level) Elegance arrived loaded with an AMG Sports Pack and a host of other extras that pushed its price from a not unreasonable $58,890 to a steep-ish $78,410.

Naturally, the combination of metallic paint ($1910) and the AMG Sports Pack ($12,070) do no harm to the cars street presence, while the Vision Pack ($4530) and Easy-Pack tailgate ($1010) have already proven their worth from a safety and convenience perspective. The former includes a 12-speaker, 450W Harman/Kardon sound system, and bi-xenon headlights with cornering lamp function, while the latter is essentially automatic opening and closing of the tailgate.

Specifying the AMG sports pack brings with it the up-spec Avantgarde trim level, which entails full leather upholstery, black bird's-eye maple wood trim, a centre rear armrest with cupholders, ambient lighting appointments, and a bunch of other interior and exterior niceties. Add to this the AMG Sports Pack-specific three-spoke leather sports wheel with paddle shift, brushed alloy pedals, 17-inch six-spoke alloys, upgraded braking system with cross-drilled front discs, and a handsome body kit consisting of front spoiler, rear apron and side skirts, and you have one hell of a head-turning family wagon.

Sexy it may be, but loading the luggage bay for a Melbourne-Sydney run the very weekend I took delivery revealed that we'd sacrificed some useable space in the transition from Mitsubishi Outlander SUV to this more compact passenger-car format. The weighty cassette that sits immediately behind the rear seat, and houses both the cargo blind and a cargo net, robs some loading height when stacking up against the rear seats.

Having said this, the luggage load height is certainly lower than that of the Outlander, which will be appreciated given the recent arrival of baby Isabella, who now shares the rear seat with five-year-old Scarlett. The new addition means prams and other paraphernalia are once again a fixture in our luggage bay, and that the auto tailgate is earning its keep.

C200 Kompressor's supercharged 1.8-litre four-cylinder has proven a revelation. Its 135kW and 250Nm is delivered in a smooth, linear fashion and with a characterful, sporty edge. It'll get better, too.

C-Class interior is a nice place to spend some time, particularly with the addition of leather trim and sports seats. We spent the better part of a day at the wheel en route to Melbourne and stepped out without a creak or groan of our own.

Service costs: It appears mostly urban kays and all that extra luxo gear aren't doing fuel consumption any favours. The first four fills have averaged 11.0L/100km, which is nearly 33 percent above the ADR figure of 8.3L/100km. 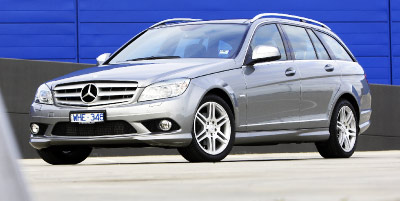 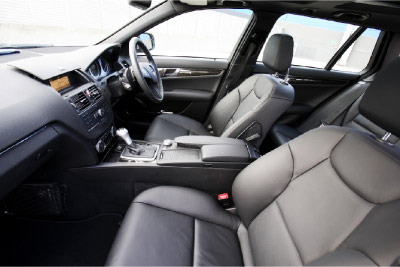 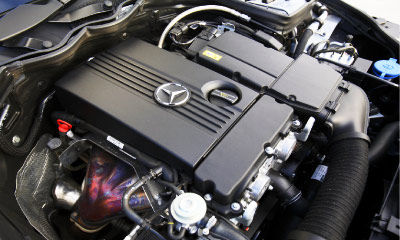