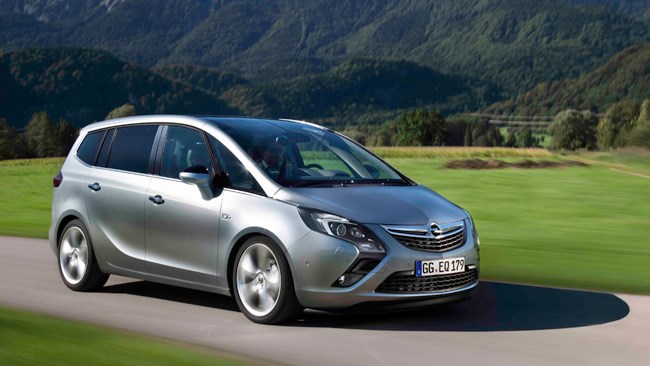 Though it doesn’t quite feel like it’s running on rails, the Zafira Tourer is smooth and stable at a 180km/h cruise on the unrestricted autobahn outside Munich.

Though it doesn’t quite feel like it’s running on rails, the Zafira Tourer is smooth and stable at a 180km/h cruise on the unrestricted autobahn outside Munich.

Design chief Mark Adams cites European high-speed trains, like France’s TGV, as the inspiration for Opel’s new MPV, and it drives like the engineers had similar ideas…

With the most powerful of three different 2.0-litre CDTI turbo-diesels beneath its sloping snout, the Zafira Tourer pulls like a locomotive. With its maximums of 121kW and 350Nm, this is the sole engine selected by Opel Australia to import here in early 2013. The diesel will be teamed with a six-speed auto. According to Opel Australia boss, Bill Mott, a petrol engine may be offered later.

The Zafira Tourer will be among the second wave of Opel models, following the Corsa, Astra and Insignia, all of which will be available at the German brand’s Australian launch in the second half of 2012.

In Europe, the Tourer doesn’t replace the second-gen AH Astra-based Zafira. Both will be sold side-by-side, with one appealing to value-conscious buyers and the newcomer attracting the style-sensitive. Below them both will sit the (not-for-Oz) five-seat Meriva, with its rear-hinged rear doors.

The Zafira Tourer is built on a platform that combines the Insignia’s strut front suspension with an Astra-like torsion beam and Watts link rear end, joined by a new centre section. With the new floorpan giving the MPV bigger-than-Insignia wheelbase and width, this is not a compact MPV. The good-looking exterior, with its boomerang-shaped headlight clusters reminiscent of the Volt/Ampera hybrid, was the work of an Australian, Niels Loeb.

Interior flexibility is outstanding, and it can be configured for anything from full-house seven to just two passengers without removing the seats. Clever folding is only part of the story. The second-row seat is divided into three sections, and the central part can be flipped forward and converted into an armrest. Slide the two outboard sections backwards, and their tracks move them towards the centre of the vehicle, to create a remarkably spacious four-seat layout. While the third-row seats will take average-size adults, it’s really only suitable for short trips. Kids, on the other hand, will likely love it back there.

It’s plenty practical, but the Tourer is also not a bad drive. Although the steering is feel-free, both handling and ride are quite car-like. And, thanks to the lusty turbo-oiler, performance is strong. Even a land without high-speed trains, like Australia, will find reasons to like Opel’s new MPV. 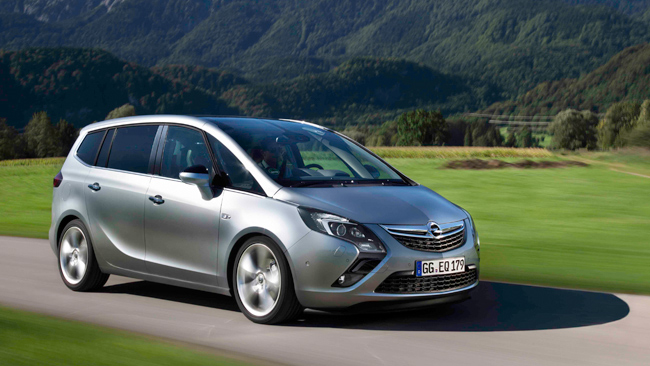 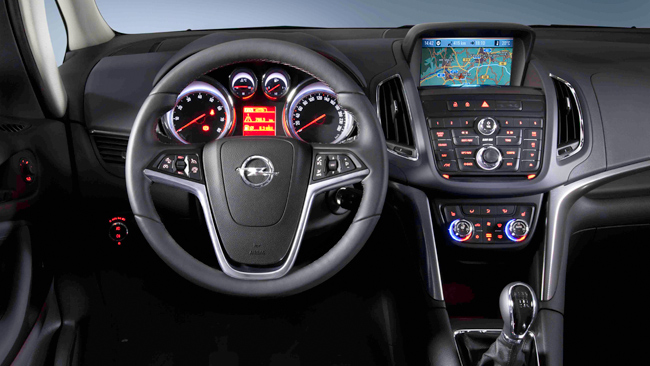 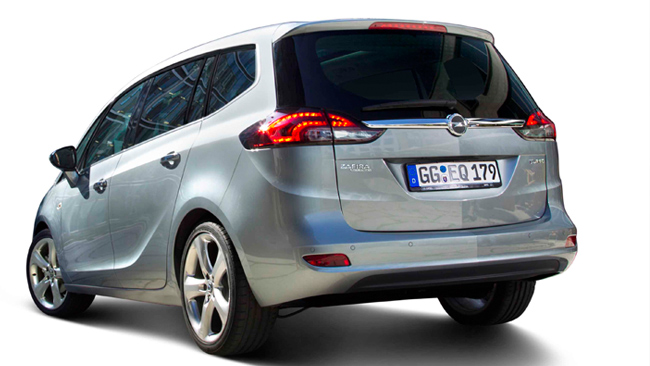