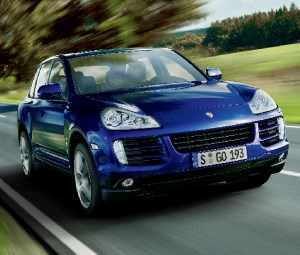 Stuttgart jumps on the lean, green and oily bandwagon.

Stuttgart jumps on the lean, green and oily bandwagon.

But in most respects the Cayenne Diesel is virtually identical to the controversial in-your-face SUV that, incredibly, accounts for half of Porsche’s current sales.

As far back as 2001 there were heated debates about whether a high-performance Cayenne V10 TDI was ever likely. As recently as 18 months ago, chairman Wendelin Wiedeking was still on record claiming that Porsche and the diesel engine were unlikely to ever find a common denominator. Here is the answer.

Like so many Porsche models over the years, the Cayenne diesel is a windfall product. After all, the Cayenne shares its DNA with the VW Touareg and the Audi Q7, and the new V6 oiler engine was conceived by Audi. And Porsche, the new owners of the Volkswagen/Audi group, is giving its own brand first dibs on the most advanced version of the 3.0-litre turbocharged 24-valver.

Major improvements centre on a more responsive variable-vane turbo, a higher maximum-boost pressure of 2.3bar, more efficient five-phase piezo injectors, a more flexible 1800bar common-rail fuel-feed system, integrated auxiliary heating, a pair of intercoolers and a more free-flowing intake with two switchable tumble blades providing added bottom-end urge. Unique to Porsche is the Sport button which speeds up the throttle response, the calibration of the standard six-speed Tiptronic and the setting of the optional air suspension.

The 2967cc V6 develops 176kW between 4000 and 4400rpm, while its maximum 550Nm is available between 2000 and 2250rpm. Although 70kg up (2315kg) on the petrol V6 Cayenne, the diesel version nails 0-100km/h in 8.3sec. The Tiptronic’s gearing is relatively aggressive and one downside is a top speed of just 214km/h – hardly the sort of figure worthy of the Porsche badge. On the up side, average fuel consumption is a reasonable 9.3L/100km, while enviro-conscious CO2 emissions are 244g per kay. The 100-litre tank permits a realistic driving range of 800km, enhancing the Cayenne's appeal as a brisk but frugal long-distance cruiser.

The V6 TDI is a tight fit in the Cayenne engine bay and going diesel required a number of modifications. The electronic platform had to be completely revised and the chassis was tuned differently for the more nose-heavy weight distribution that required new programming for throttle, stability and damper software.

The most irritating downside of the Cayenne diesel is the fact that it is a Cayenne. First launched in 2002, the overweight crossover isn’t fresh enough anymore. Its main handicaps are the compromised packaging, the overly taut suspension, the hard and narrow seats, and macho styling that acts like a red rag to SUV haters.

On the other hand, it is almost impossible not to be smitten by the gentle giant’s magnetic roadholding, inspired handling, terrific brakes and transparent steering, all retained in the diesel.

Somehow the Cayenne blends the comfortable, relaxed and unhurried nature of a diesel with the ballsy personality expected from the sports car of the SUV community.

The V6 TDI is neither noisy nor unrefined with the traditional, dreaded diesel knock conspicuous by its absence. It’s also nothing special, acoustically. In fact, the big problem is that this vehicle wears a Porsche badge, yet fails to deliver real performance.

Progress is quite lively up to 160km/h, then it hits a hedge of drag, rolling resistance, gearing, weight and, ultimately, lack of power. It just painfully lacks the oomph and top-end go of any of its petrol siblings. Grunt-hungry Cayenne aficionados will have to wait until late 2010 for the more potent 225kW TDI engine.

According to Porsche, diesel-equipped vehicles accounted for around 84 percent of the SUV market in recent years. And it’s ordered enough V6 TDIs to fit one-in-three Cayenne engine bays.

So, if demand justified it, would Porsche alternatively offer a V8, V10 or V12 diesel? For reasons of weight, efficiency, complexity and cost, the answer is officially “no”. 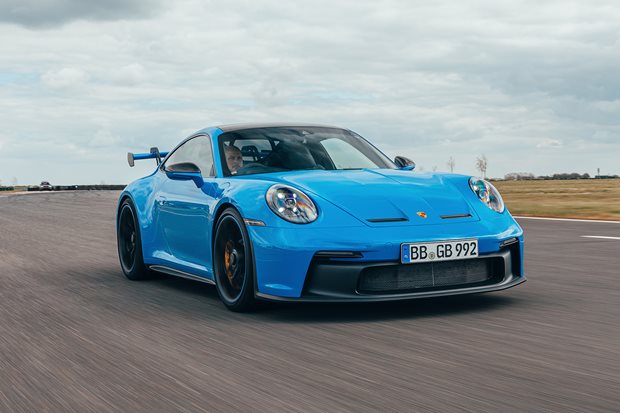