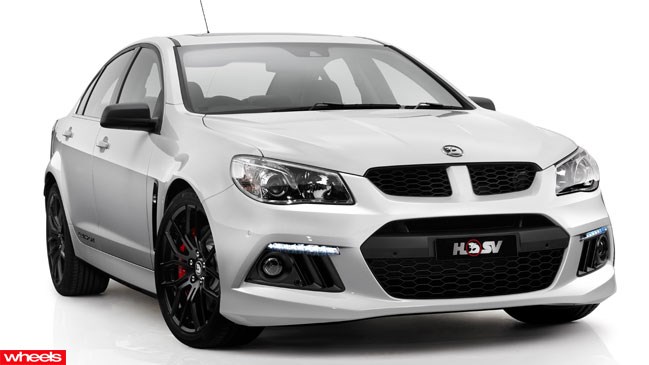 The company that claims to make Holden vehicles special has lived up to its promise with the introduction of its latest Gen-F line-up.

The company that claims to make Holden vehicles special has lived up to its promise with the introduction of its latest Gen-F line-up.

All the aggressive lightweighting benefits of the VF program have carried over to the HSV range, with a hefty 68kg stripped from the Clubsport, and an average 40 kegs trimmed from other models.

The entry-level ClubSport sedan and Maloo ute continue with a 317kW/550Nm version of the 6.2-litre Gen 4, LS3 V8 engine, while a 325kW/550Nm evolution of the same unit sits under the bonnet of the Clubsport R8 sedan, R8 Tourer wagon and R8 Maloo. Transmission choice is between six-speed manual and six-speed auto (sequential shift, but no paddles).

New for Gen-F is a 340kW/570Nm ‘SV Pack’ version of the same powerplant; optional on R8 variants, and now standard issue for the premium Senator Signature, and long-wheelbase Grange.

Top of the HSV performance pyramid is the GTS, now powered by a 430kW/730Nm, twin-rotor (Eaton) supercharged (LSA) version of the 6.2-litre Gen 4 V8, plucked from the Chevy Camaro ZL1.

But we’re not allowed to write about this fire-breathing flagship for the next two months (even though we’ve driven it in pre-production form) because, as a senior HSV insider told us, Holden pulled rank and demanded a delay of the formal GTS release to give the launch of its VF Commodore some publicity breathing space.

What we can say is these Gen-F HSVs ride beautifully, due to a combination of newly adopted Continental ContiSportContact 5P rubber (255/35 R20 f/275/35 R20 r), linear rate springs that allow damper valving to be more finely tuned, and reduced unsprung mass in the shape of forged alloy wheels and lightweight forged alloy brake calipers (produced by AP Racing, specifically for HSV). And in premium variants (GTS, Senator Signature and Grange) BWI’s latest twin-coil version of Magnetic Ride Control (MRC) should really be dubbed Magic Ride Control, because its ability to turn ordinary highway surfaces into velvety smooth running feels like a smoke and mirrors trick.

The SV Pack came out of work done on the GTS’s supercharged engine, with the bi-modal airbox and ‘zip tube’ (clean air connection between the throttle body and air box) adapted from the LS3 V8 used in the Chevy Camaro. The pack also incorporates a unique set of headers on the exhaust side, as well as the forged alloy rims (optional on ClubSport and Maloo).

Having driven all engine and transmission variants on road and track we can say the Gen-F is more refined, although at full noise the engine still sounds like a snarling V8 Supercar (just as it should), the electrically-assisted steering is beautifully weighted and linear in its response, the new Conti tyres are great in terms of comfort, noise and grip, and braking power remains outstanding.

A more mature exterior design does away with the fussy gills and vents dotted around previous-gen E3 HSVs, leveraging Holden’s neater VF, to make the car appear appreciably smaller and cleaner. And if the bees-to-honey reaction of ‘the boys’ heading towards their blinged but aging Audi A6 outside the bakery at Pakenham on our first drive is any indication, Gen-F is also a more serious contender in terms of attracting Euro performance prospects.

To support that aspiration, the pricing pencil has been sharpened, with the base ClubSport manual starting at $60,990 ($4K) less than its E3 predecssor, with all the electronic gizmos the VF brings included. Dollars run up through R8, Senator Signature and Grange to $92,990 for the full-house GTS. But more on that very special vehicle later. 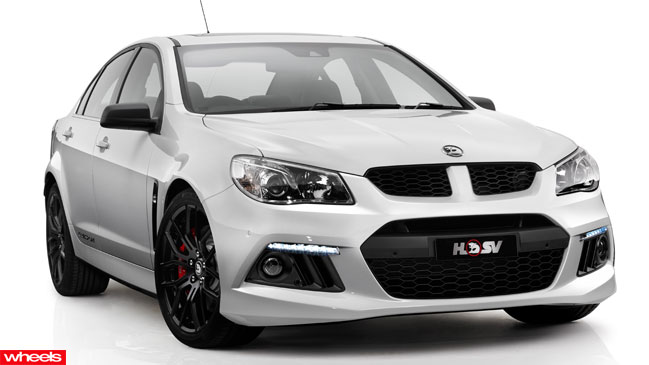 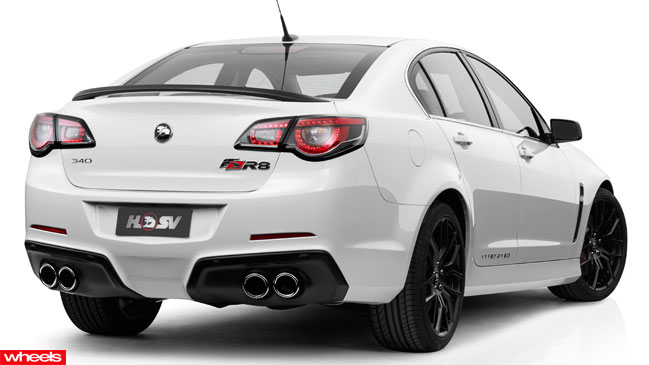 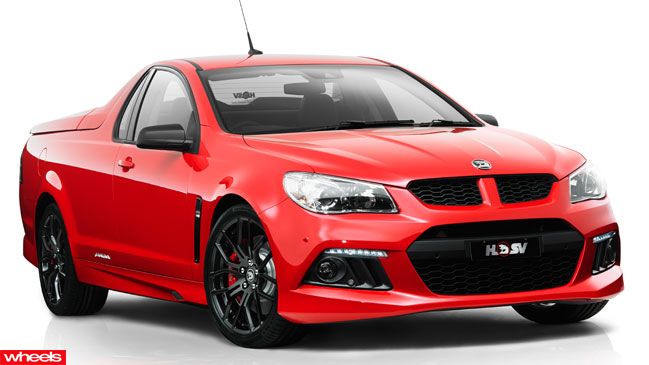 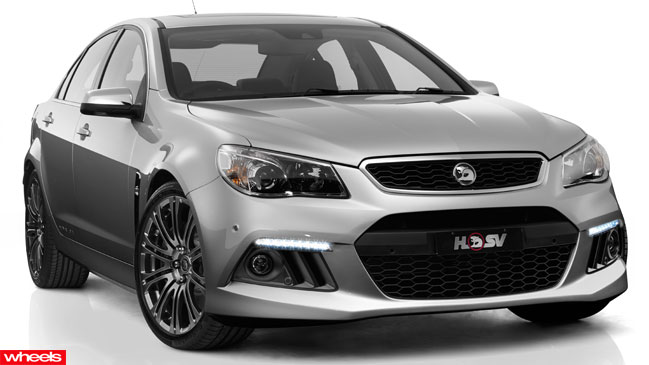