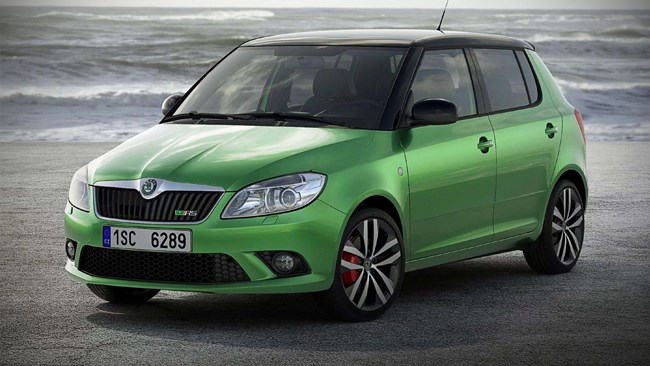 Skoda’s Fabia RS may look like a Suzuki Swift Sport gone wrong, but it drives like a VW Polo GTI done just right

Skoda’s Fabia RS may look like a Suzuki Swift Sport gone wrong, but it drives like a VW Polo GTI done just right.

There’s already evidence to suggest the Czech branch of the Volkswagen empire employs the best chassis tuners in the group, and the fastest Fabia, headed for Australia in early 2012, adds further weight to the growing pile.

The RS rides with the kind of supple fluency that’s surprising in a diminutive hot hatch, and its handling doesn’t seem to suffer for the improved comfort one little bit. The feisty little Fabia’s nose snaps in the direction of an apex like a hound catching a whiff of fox. Then, with a muted bark to mark each upshift, it bounds eagerly towards the next corner. The Skoda is a playful puppy of a car, and seemingly without any chew-your-shoes behavioural flaws.

Good thing, too, as it’s an energetic performer. The Fabia RS is basically Skoda’s version of the Polo GTI. Built on the same platform, it also shares the Volkswagen’s drivetrain. In case you’ve forgotten, this is a combination of twin-charged (turbo and supercharger) direct-injection 1.4-litre four with seven-speed dual-clutch gearbox.

Fractionally larger than the GTI, the RS is also a little heavier, which slightly affects both performance and fuel economy. The Skoda takes (according to factory claims) 0.4sec longer to go from 0-100km/h than the VW. And its European combined cycle fuel consumption is 0.1L/100km greater. Big deals at the dragstrip or in a fuel economy challenge, but not in the real world.

For differences worthy of serious consideration, price is a better place to look. Skoda Australia is aiming for $27,000 or under for the five-door hatch version of the RS. Assuming they achieve this objective, the Fabia RS will be at least $2000 cheaper than the five-door version of the Polo GTI.

Where the money has been saved is apparent inside the Skoda, at least if you’re not being distracted by its speed and agility. Some Fabia interior materials, those in the dash especially, clearly aren’t as expensive as those specified for the Polo. And neither is the Skoda’s interior design a match for the stunning (yet sometimes sterile) perfectionism inside the VW.

Still, enough is shared – important touch-points like switches and knobs – that the Fabia RS does convey a reasonable impression of functional quality. And there’s certainly nothing wrong with the Skoda’s supportive front seats or driving position ergonomics.

Strong performance and entertaining handling, at an affordable price, is a blend with enduring appeal. What the Suzuki Swift GTi once was, the Fabia RS may become. 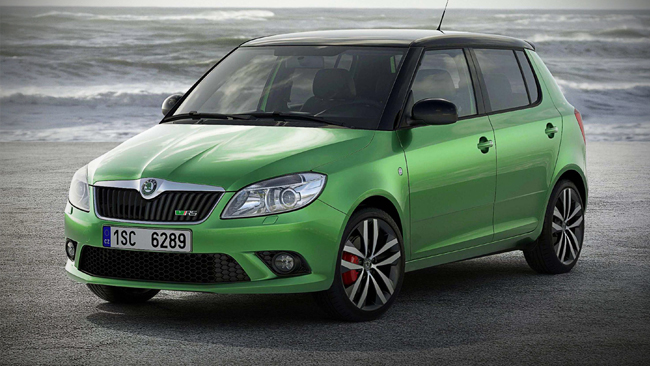 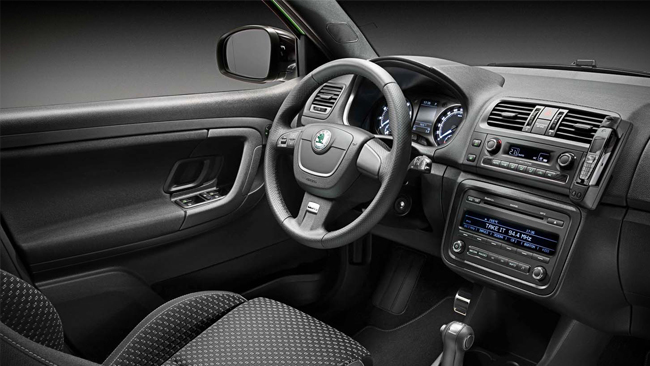 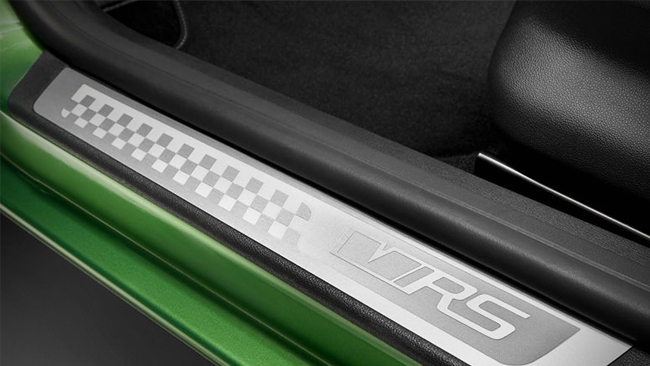