Want an R32 but can’t stomach the price? Maybe the VR6 fits the bill.

Almost everybody knows the VW Golf R32. It’s a great bit of gear, even if – as Cockburn is fond of pointing out – it weighs more than an EH Holden, has a bigger footprint than the EH and is even bigger inside.

This review was first published in MOTOR magazine's May 2008 issue.

This observation is based on the fact that the Golf nameplate was traditionally applied to a small-ish shopping trolley type of car, and blokes (like Cockburn) who grew up with that idea have trouble getting their elderly scones around the concept of a Golf with rather more firepower.

The fact is that the R32 is special. And still rather expensive at that. Special costs, it would seem.

But there is a less-expensive alternative to an R32 that still involves the words ‘Golf’ and ‘V6’. And when it comes down to it, the six-cylinder engine is the main thing that makes the R32 so special in the first place. 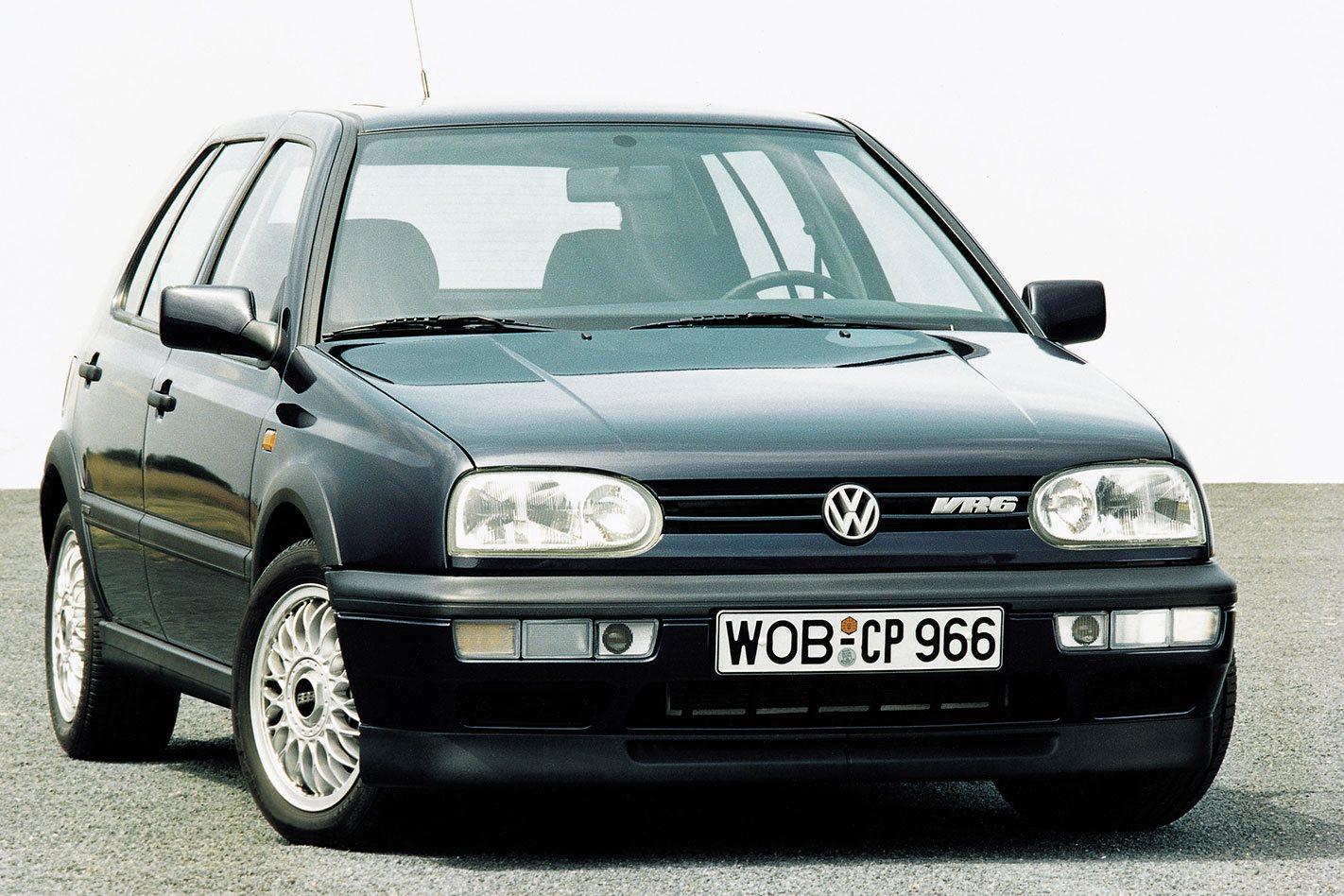 The car in question is called the Golf VR6. And the main mechanical difference between it and the R32 is the VR6’s lack of all-wheel drive. However, this makes the latter lighter and allows for more of its kilowatts to be used for pulling it merrily along without the burden of overcoming all-paw driveline friction.

Oh, and it’s about a quarter of the price of the cheapest R32 as well.

While the bulk of R32s are based on the current-model MkV Golf (the first one we saw here was built around the platform of the previous MkIV model), the VR6 is a generation older. So it doesn’t look as uber-cool and nor is it as solidly built.

But it’s still a Volkswagen and that counts for something, at least in terms of how it’s welded together. Then again, the Mk III Golf (and other VW’s of that era) were hardly Wolfsburg’s finest moments quality-wise, so make sure all the electrics work and that the carpet not only fits properly but isn’t wet. 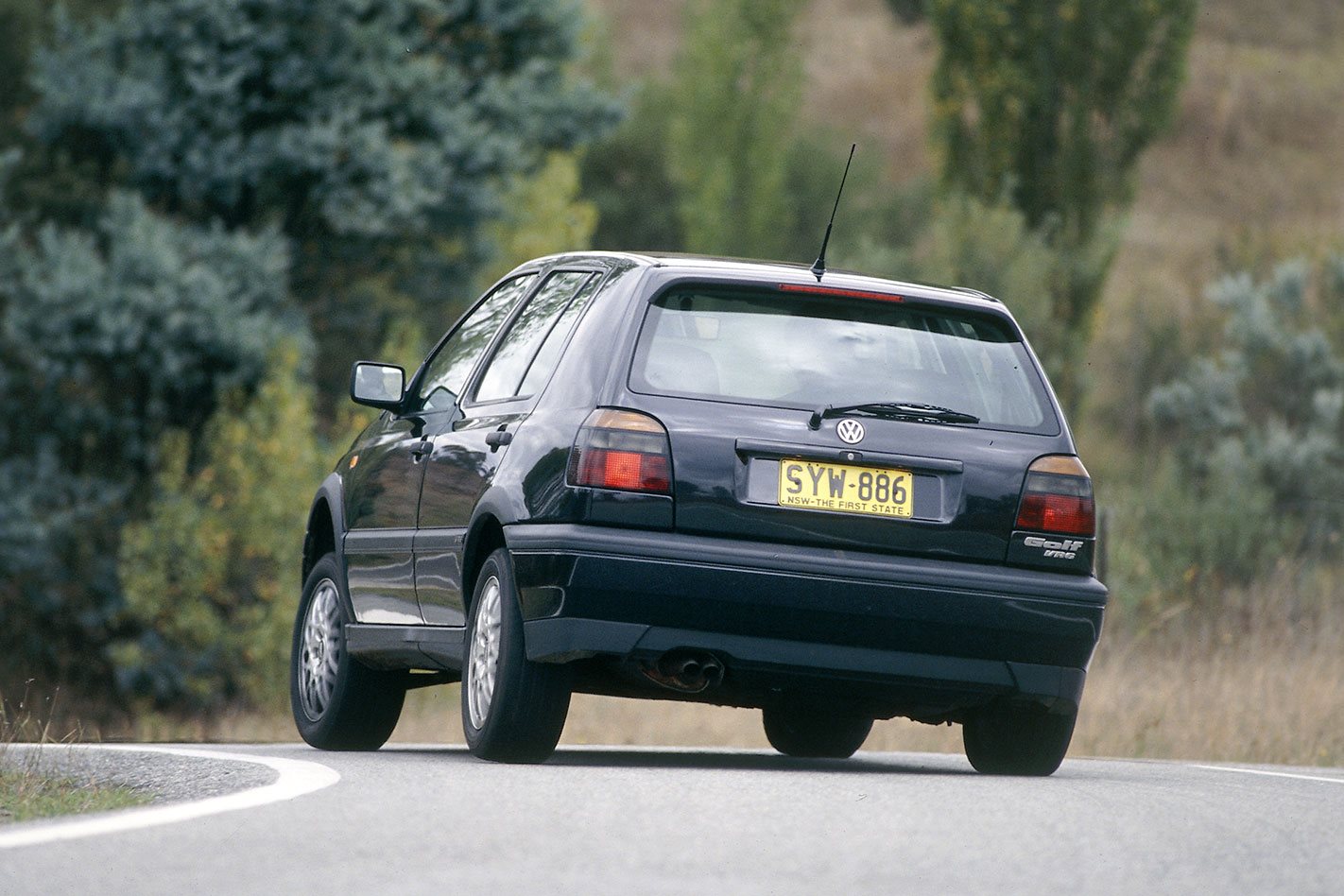 The VR6’s front-drive platform was tied down more firmly than a conventional Golf as a means of making it handle better (which it did) as well as accounting for the kilos gained when you strip out a four-cylinder engine and drop in a larger V6.

Speaking of which, the motor measures 2.8 litres and while it’s heavier than a four-banger, the difference wasn’t as great as it might have otherwise been. That’s all down to the clever design that kept the block and cylinder head compact and, therefore, lighter.

Notice that we said cylinder ‘head’ and not ‘heads’. Huh? Everybody knows a V6 has two heads, right? Well, not here. 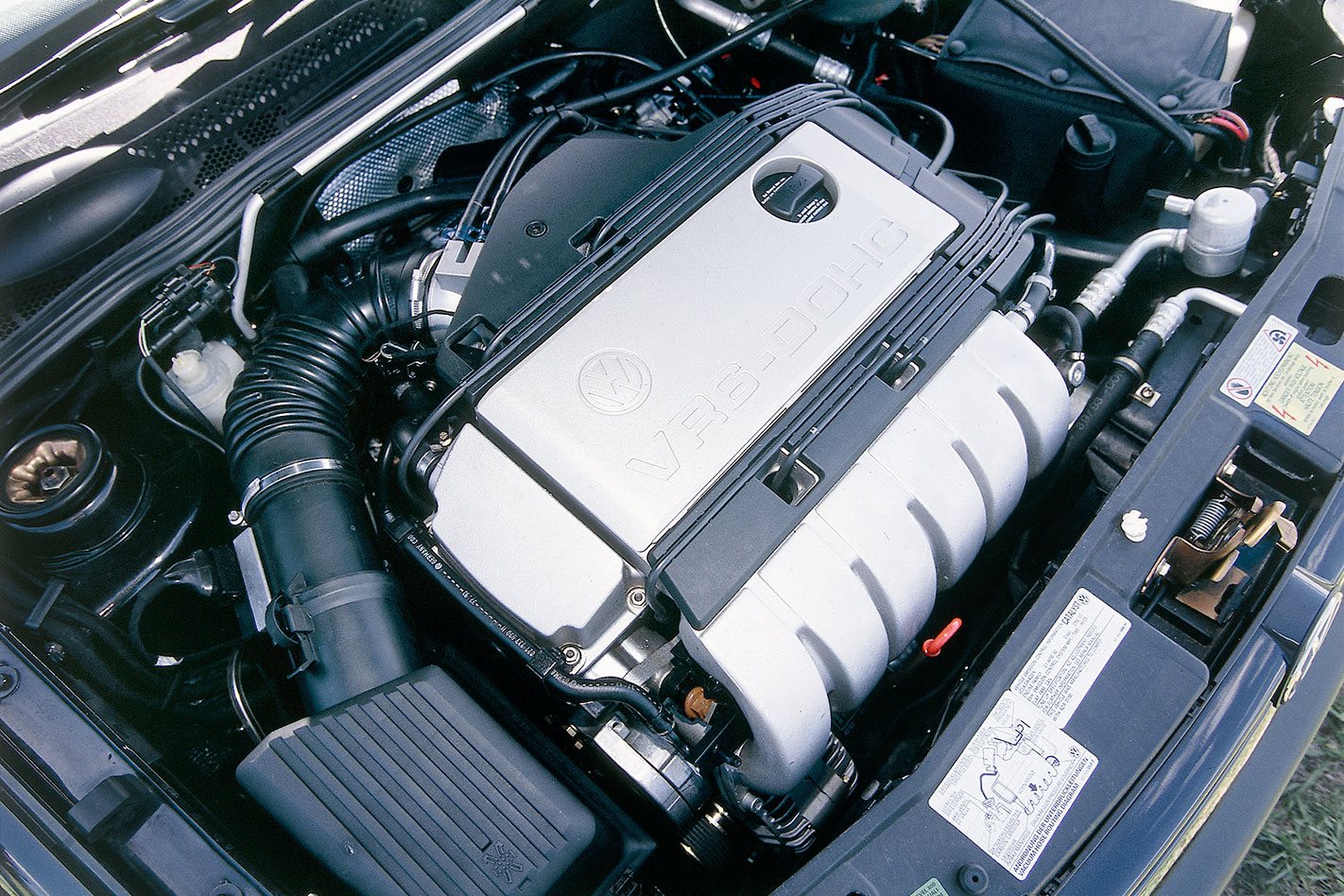 Rather than have the two banks of cylinders divided by an angle of 60 or 90 degrees, VW designed the block so that the angle between the banks of pots was just 15 degrees. In fact, if you looked at it from above with the head off, the left cylinders actually tuck into the spaces between the right pots, and vice versa, so a more technically correct description would be to call it a staggered-six rather than a V6. (It ain’t new – Lancia was doing this with V4s decades ago.)

This design allowed for a single cylinder head and because it kept the engine narrow, the unit could be fitted transversely into cars like the Golf without a longer nose to account for crumple zones. It also meant that you could achieve a double-overhead-camshaft layout with just two camshafts rather than the four you’d have needed in a conventional V6 with DOHCs. Then again, you kind of get the idea that VW missed the boat a bit here, because the original VR6 engine (the one we’re dealing with here) only had two valves per cylinder. Whatever.

In the end, the staggered-six donk makes 128kW and 235 very handy Newton metres. 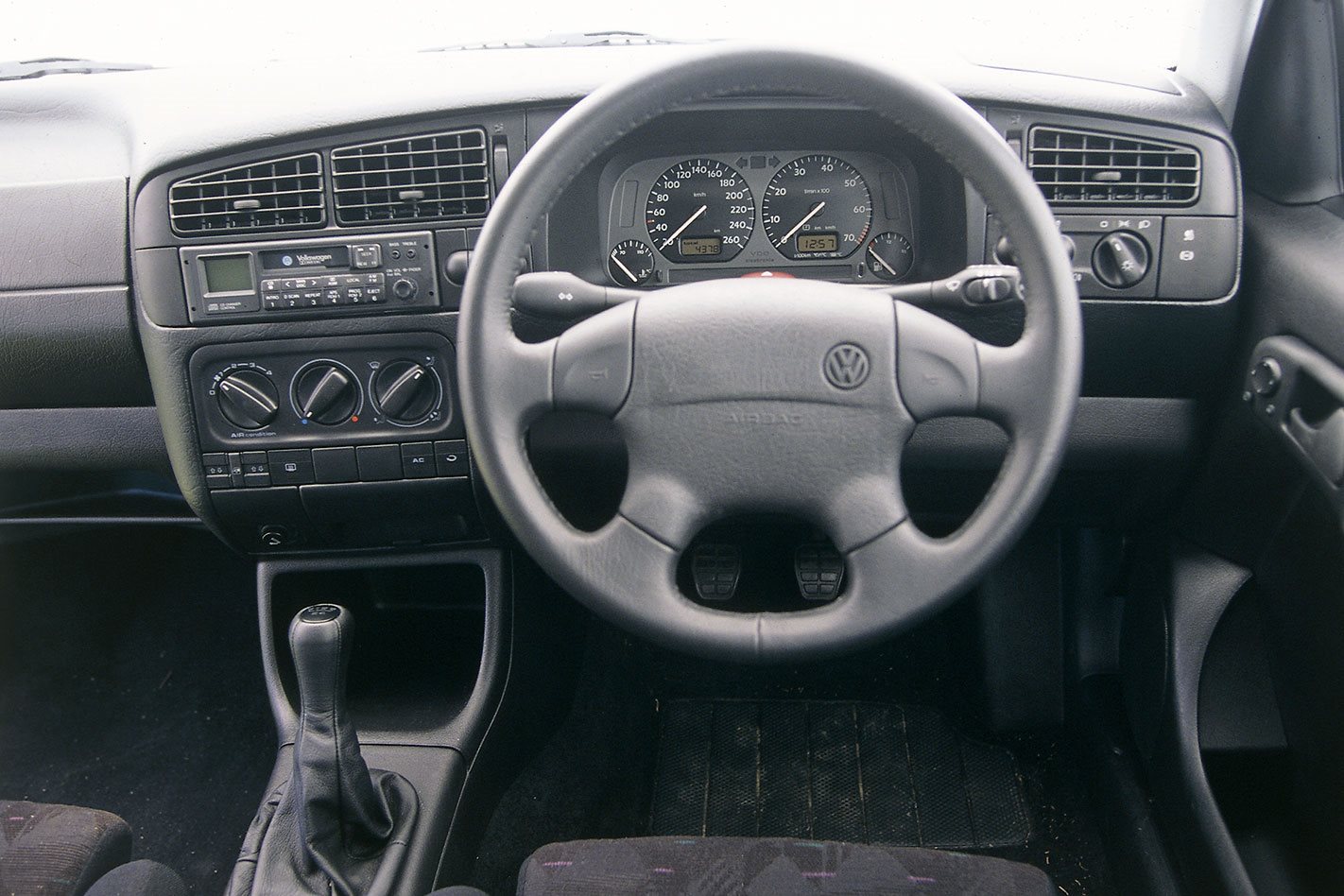 The natural transmission choice was the five-speed manual, but for some reason known only to meat-head Aussie consumers who bought them, a large percentage of VR6s sold here were ordered with the optional four-speed auto.

When you’re shopping, only a manual will do, okay?

It’s that simple. And while the grunty six will easily cope with the slushbox, the manual is so much more fun, you’ll wonder why anybody would want a self-shifter in a car like this.

Suspension tune aside, the rest of the VR6 deal is pretty much standard Golf Mk III. And, like we said, that’s not always a great thing because quality could be suspect. Make absolutely sure the air-conditioning is working because a complete rebuild is sometimes the only fix and it won’t be cheap. 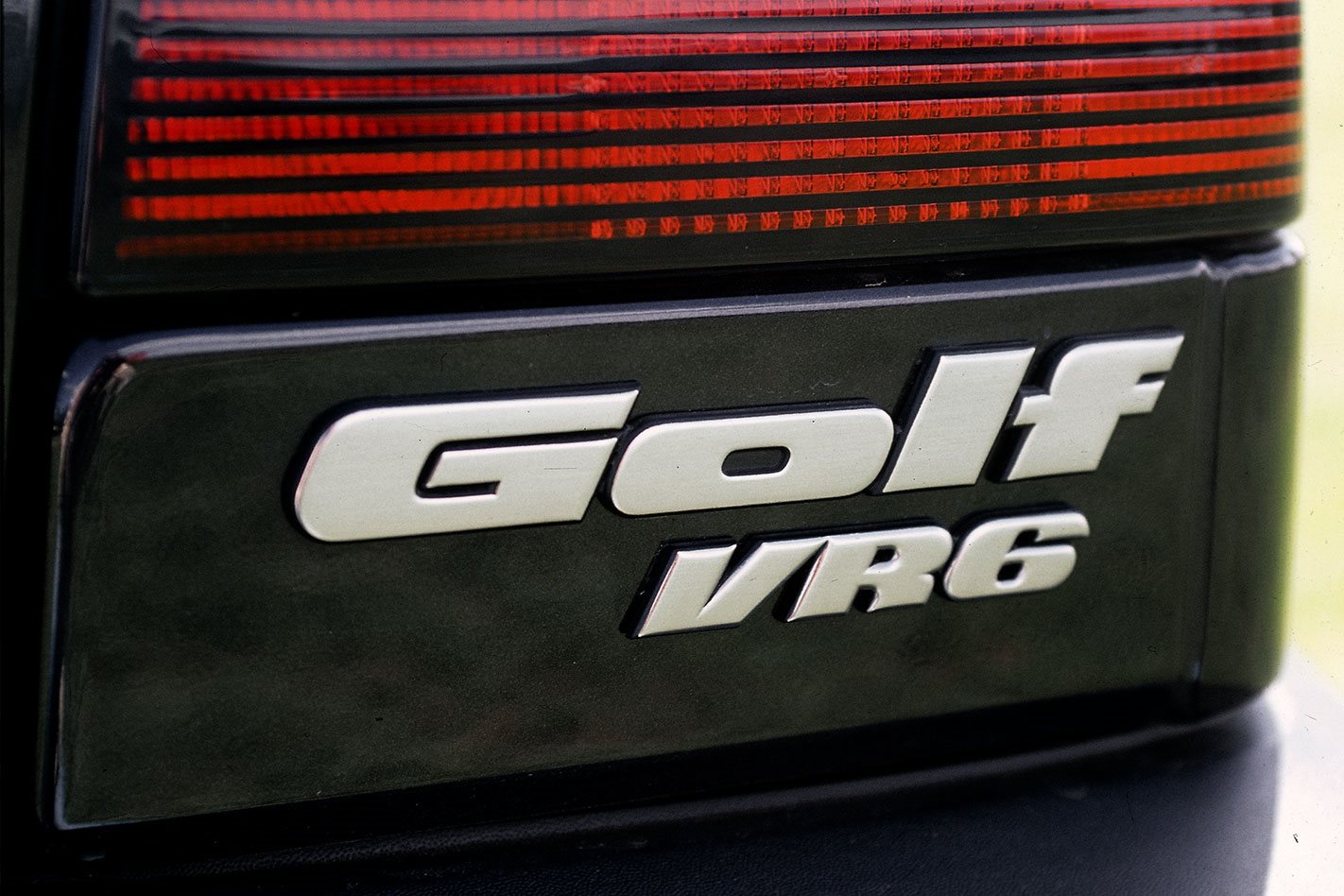 We’d also be wary about cars showing obvious signs of having been thrashed senseless. Drainpipe exhaust systems, aftermarket chips and bling wheels would also make us stop and wonder a little about the mental health – or otherwise – of a used version’s previous owner.

Beyond that, a VR6 is a ripper way to get into a quicker-than-average car that has all the practicality of a VW Golf and some of the cachet of the mighty R32.