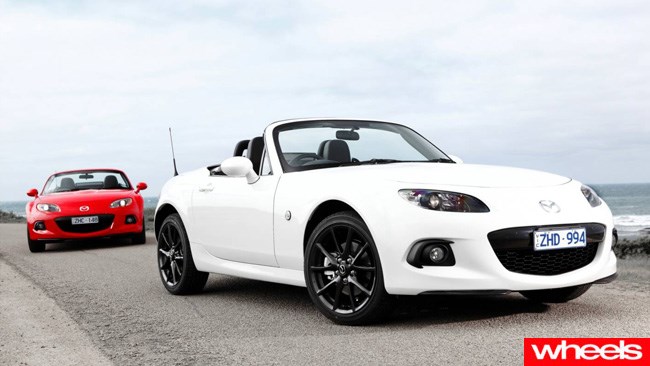 Wheels' admiration for the MX-5 is well-documented; you don't win two COTY awards by fluke. But there's very little substance in the latest update, and while the roadster's sporting essence is still evident, its shine is definitely fading.

Wheels' admiration for the MX-5 is well-documented; you don't win two COTY awards by fluke. But there's very little substance in the latest update, and while the roadster's sporting essence is still evident, its shine is definitely fading.

There is no change to the 2.0-litre, four-cylinder engine, so power remains at 118kW and torque at 188Nm. Nor have the two six-speed transmissions on offer changed. Which in turn means the MX-5 still takes 7.8 seconds to reach 100km/h and carries an 8.1L/100km fuel economy rating.

Visually, the 2012 MX-5 looks tougher. The front air-intake is bigger and more Kodo-like (a-la CX-5 and next month's Mazda6), and redesigned fog lamp surrounds give it more angular aggression. The only other visual changes are gunmetal grey alloy wheels on the base Roadster Coupe, and a polished black applique on the headrest rollover hoops.

Is it a touch ironic that the soft-top version (37kg lighter than the folding hard-top) has been dropped altogether from the Australian range? Mazda's lightweight philosophy continues to be a strong marketing point; the company pointing out that 804grams had been shaved from the wiring harness and front bumper.

The fact remains that the MX-5 is a fun car to drive. The spirit is fading, yes, but is still willing. And I write this after having recently spent considerable time in the Toyota 86 and Subaru BRZ. Mazda doesn't consider these coupes to be true MX-5 rivals, but there's no denying the MX-5's value equation has been tarnished by these two recent arrivals.

There's also no denying the direct-injection ToyoBaru 2.0-litre makes the MX-5's older unit feel lethargic and coarse. It revs willingly enough to its 7,500rpm limit, just takes its time getting there.

Overall, this update is a superficial one from a development team more completely focused on the next generation -- as they should be. 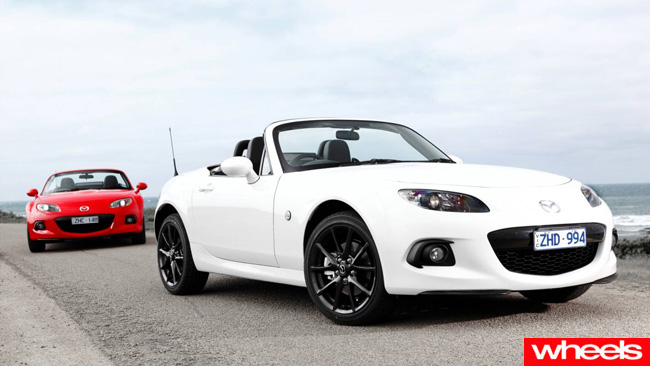 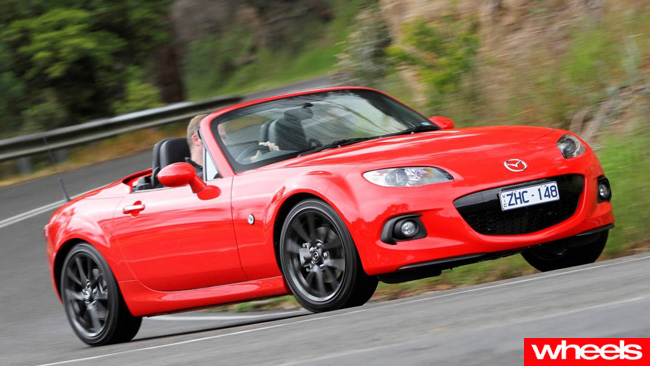 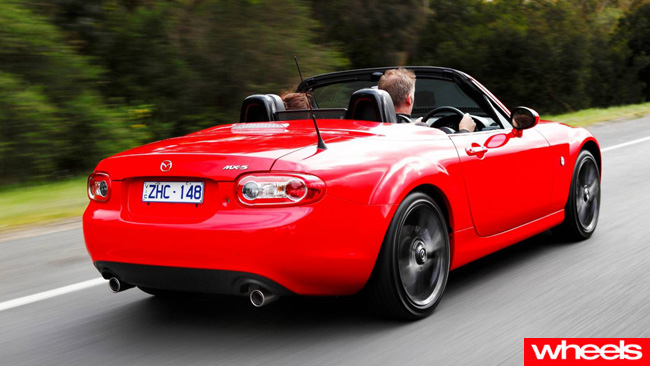 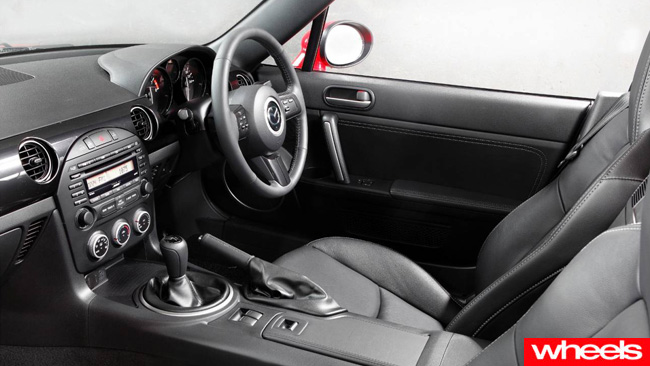