Conceptually, it causes much stroking of the beard: beneath that doorless cabin is a slender aluminium architecture which plays backbone to a carbonfibre composite tub and a subframe that houses, in the case of this range-topping E10 S, a 186kW 2.0-litre Ford EcoBoost engine.

The bloodline also fascinates, it being the product of a Norfolk-based firm helmed mostly by frustrated Lotus and Caterham ship-jumpers. The fruit of the company’s 24-month journey so far is a production-ready, road-registered and craftily-priced vehicle. Better still, the technical expertise on-hand has resulted in something unique, with no doors, no roof and an optional windscreen. 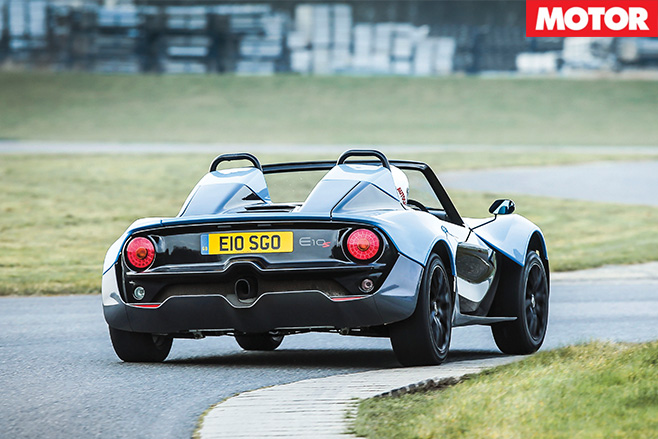 Inside, where the Elise is all extruded aluminium and sharp edges, Zenos has moulded a thermoplastic cabin of clever angles and LCD screens. No, it isn’t put together with a McLaren’s tolerances and some of the panels flex like an acrylic bathtub. But the driving position is close to perfect and the soundtrack is colossal.

While Zenos may have left the engine tune alone, the EcoBoost’s turbo has been rendered a gulping, hissing monster – it comes online so early, even gentle throttle inputs have it sucking oxygen from your ears.

That noise signals the E10’s defining party trick: an almost lag-free, industrial bungee rope of peak twist. Madly, it has a torque-to-weight ratio well in excess of that of a Porsche 911 Turbo. The thing to get all incredulous about, however, is the way this manifests at the back axle. The mechanical grip coaxed from each Avon is exemplary and, in dry weather, the chassis splices just the right sort of nonchalance into its hectic getaways. 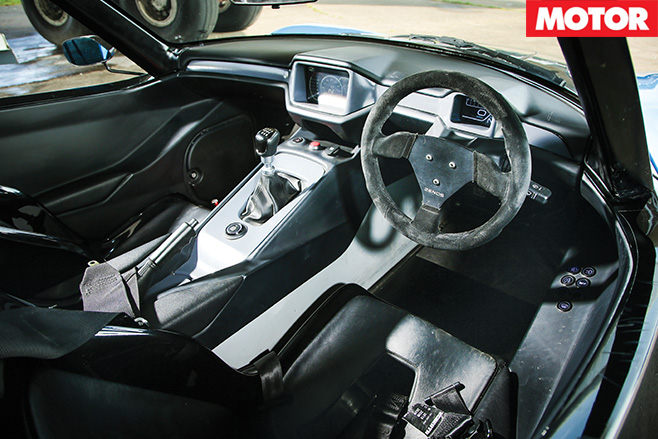 In something heavier and duller to turn, the adhesiveness might result in a boring attitude on an average B-road, but in a car that weighs 150kg less than an Elise, the sense of balance remains untempered. While it eventually lets go in a manner reminiscent of a Lotus, the experience is more visceral, championed by the blower and channelled through your arms by a steering rack with a directness redolent of a Caterham’s.

The E10’s ability to give you the confidence to push on one minute, and then satisfy the senses the next, suggests a level of completeness that Zenos had no right to reach within two years.

It isn’t entirely there yet. An Atom is more adjustable and deeply thrilling, a Caterham more involving at the limit and a Lotus more sophisticated. But the E10 slots in among them at a level that usually requires years of try, fail and try again.

And while there are absolutely no plans to bring the Zenos to Australia that we know of, UK car nuts will be pleased to see it’s priced to pull in buyers who baulk at the cost of its rivals. Time will tell if it pays off, but Zenos looks and feels like the real deal. 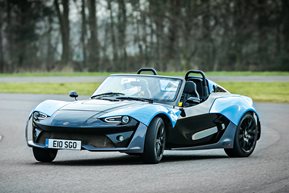