It's German coupe v German coupe, though with two distinctly different takes on the segment

Both the Porsche Cayman S and the original Audi R8 V8 fall under the mid-engine, two-door sports coupe theme, but go about their business in very different ways. Lauded for its dynamics and taunted for its acoustics, the Porsche offers precision, while the Audi brings passion with a bent-eight beating heart. If your dream garage has a circa $140K unused space, which would you choose? 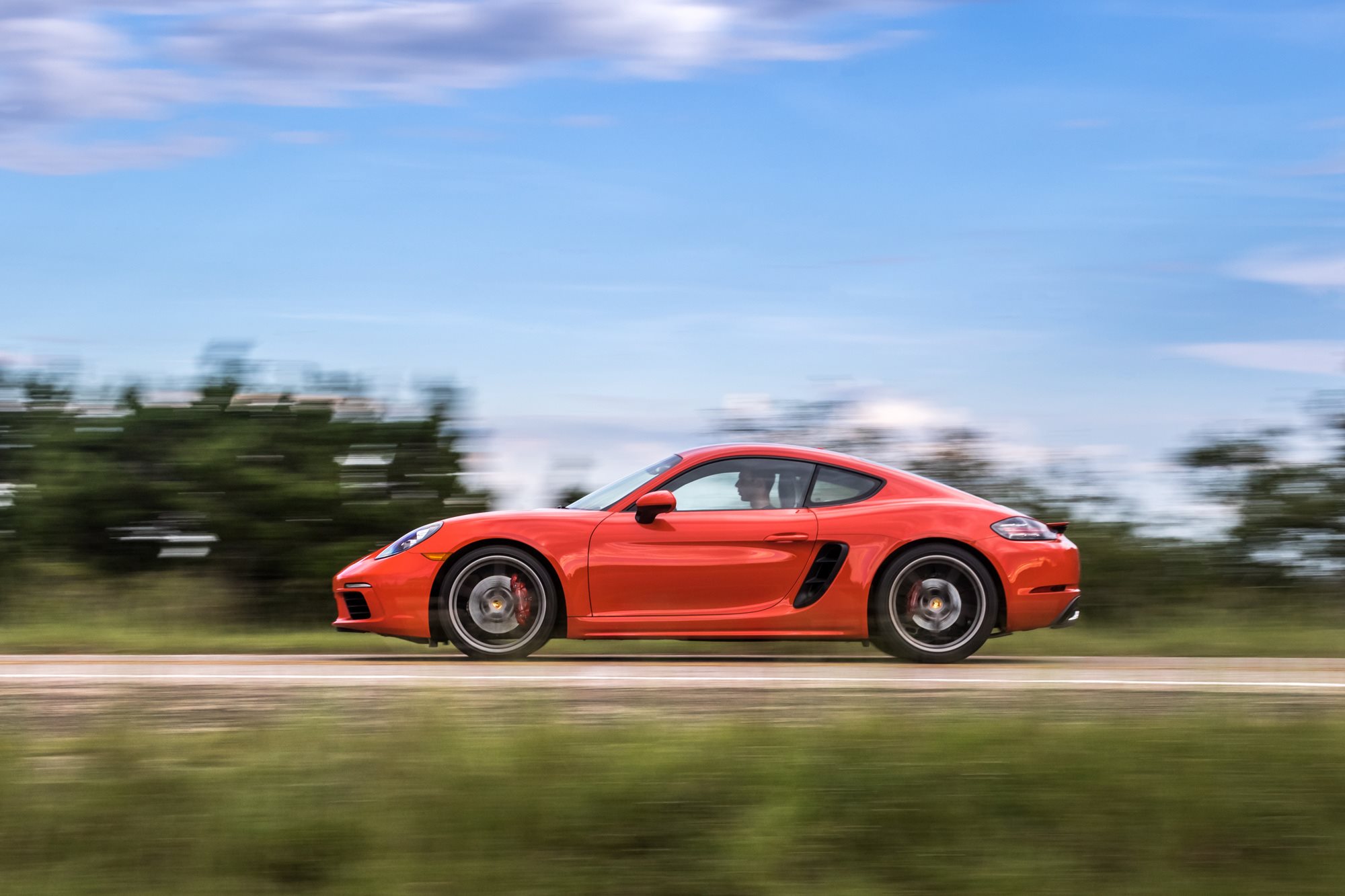 Finding flaws in the Cayman S is very, very difficult. So the easy option is to criticise it for having a lacklustre engine. And while it’s never going to win any awards for the polarising soundtrack, the 2.5-litre flat four deserves credit.

After all, with 257kW and 420Nm (only 10Nm down on the R8), it’s enough to propel the little Porsche to 100km/h in 4.6sec when optioned with a manual. That’s more powerful than the beloved flat six fans bemoan the loss of – the only downside being a slight amount of low-down turbo lag. However, the newfound well of torque means the manual’s long gearing isn’t as much of an issue and there’s an intuitive rev-match system. 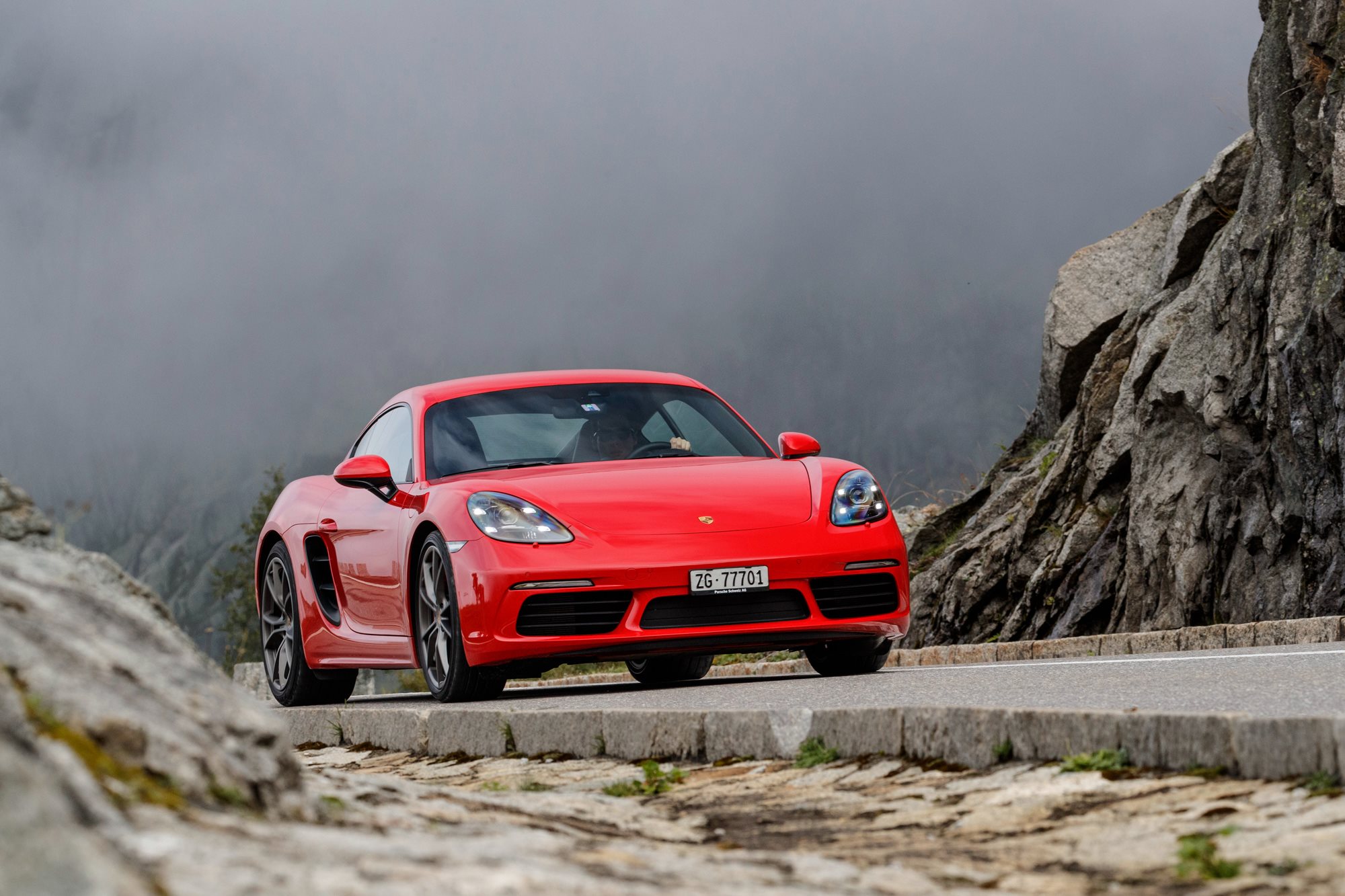 However, if you’re buying the Cayman S solely for straight-line prowess you’ve got the wrong idea. Its forte is corners. Point to point, the plucky Porsche is devastatingly quick. It’s small overall dimensions and razor-sharp front-end allows you to place it wherever you like and it will hang on faithfully, powering out the other side with ample traction and rear-drive poise. The steering is quick, the brakes are strong and the ride quality is absorbent. 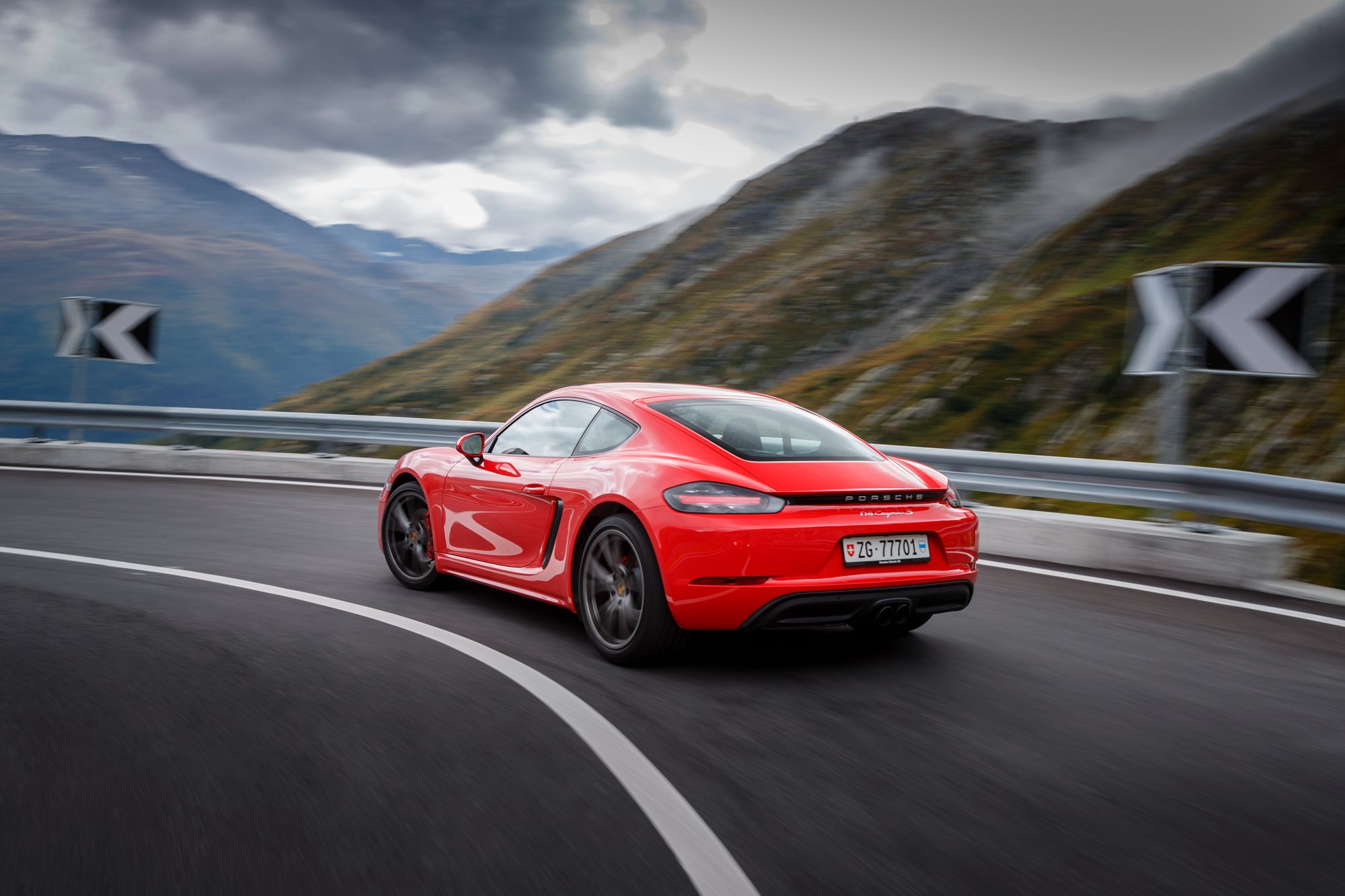 While the interior is looking a little old in terms of the next-gen Porsche cabins (think 992 911), it’s still functional and the driving position is perfectly low-slung. It is a small cabin, but there are inventive solutions like the pop-out cup holders. You also get a ‘frunk’ and a boot for extended luggage capacity. The steering wheel is pleasingly tactile and the rotary dial to select your driving mode is easy to use.

The Cayman S’ only true blight in its copybook is a somewhat sterile persona. You appreciate it hugely for what it can do, but loving it doesn’t come easy. You just need to give it some time. 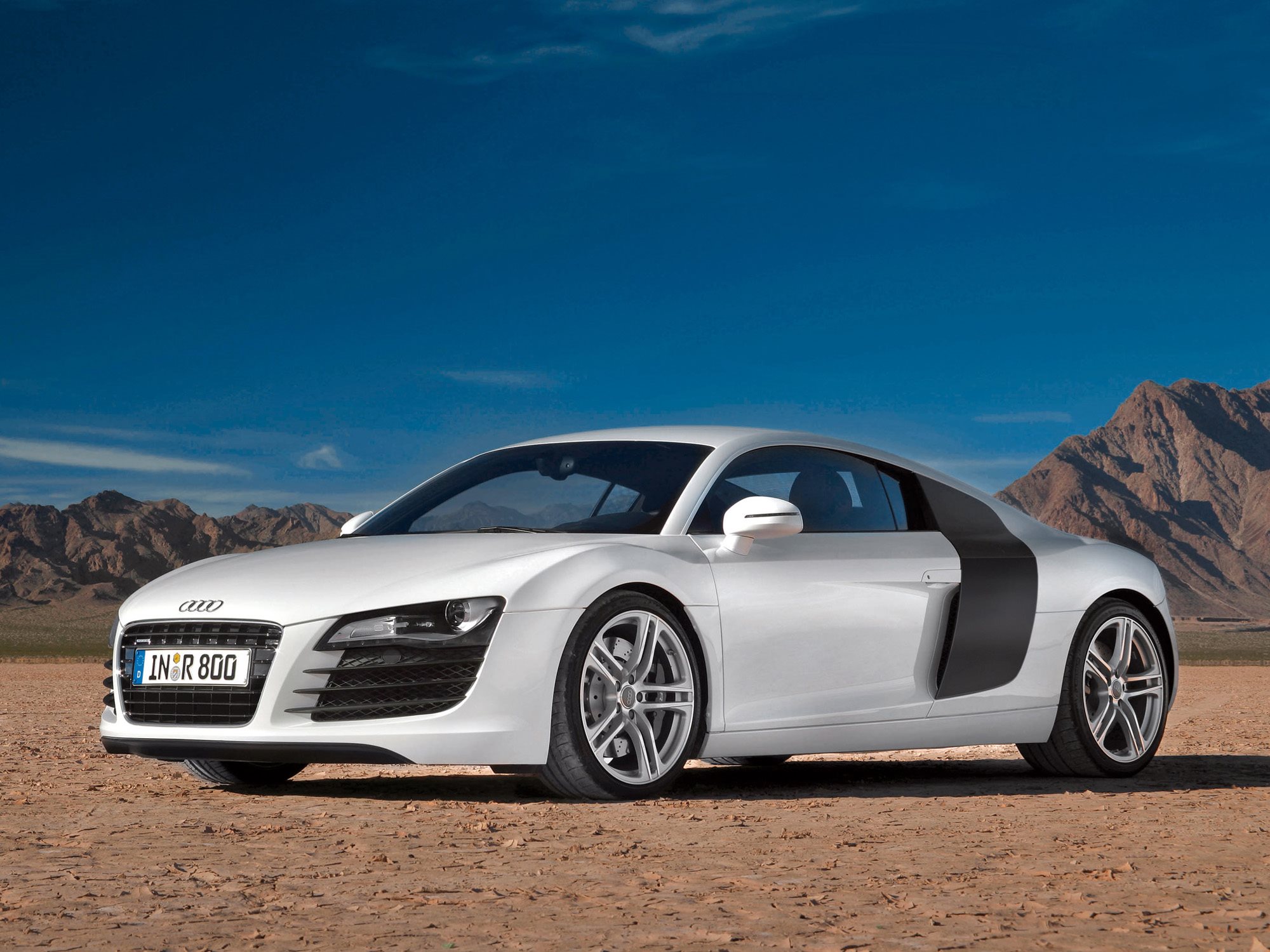 Desirability is something the Audi R8 doesn’t struggle with. Just look at it. And while the 4.2-litre atmo V8 might not have the shove of the V10, it certainly creates enough aural drama to be a match for the pleasing design. To most eyes at Wheels HQ, the original is by far the best-looking R8. Matching the design with a high-revving V8 and a gated manual is a recipe for supercar success. 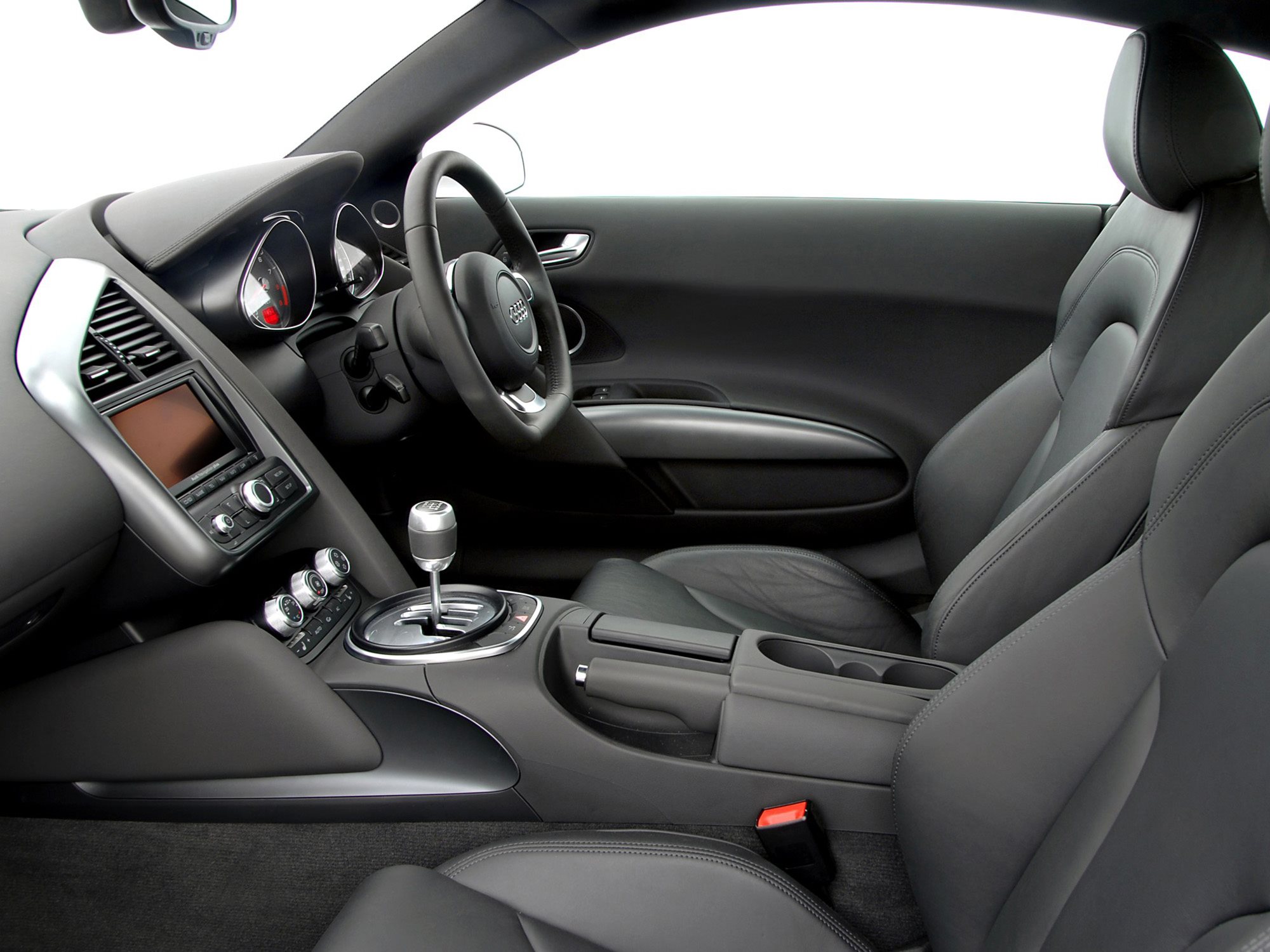 Finding tunnels and walls to give the naturally aspirated V8 a squirt to its 8250rpm cut-out almost becomes a sport. However, it’s not just the sound. While the base 309kW/430Nm R8 is without V10 punch, the eight isn’t slow and offers low-down clout and meaningful performance. Grip levels are immense with loads of all-wheel-drive traction. The open-gate manual is easier to use when you’re getting stuck in and the mid-engined supercar responds on a twisty road – no matter the conditions. It’s beautifully balanced and offers acceptable ride quality with adaptive dampers. 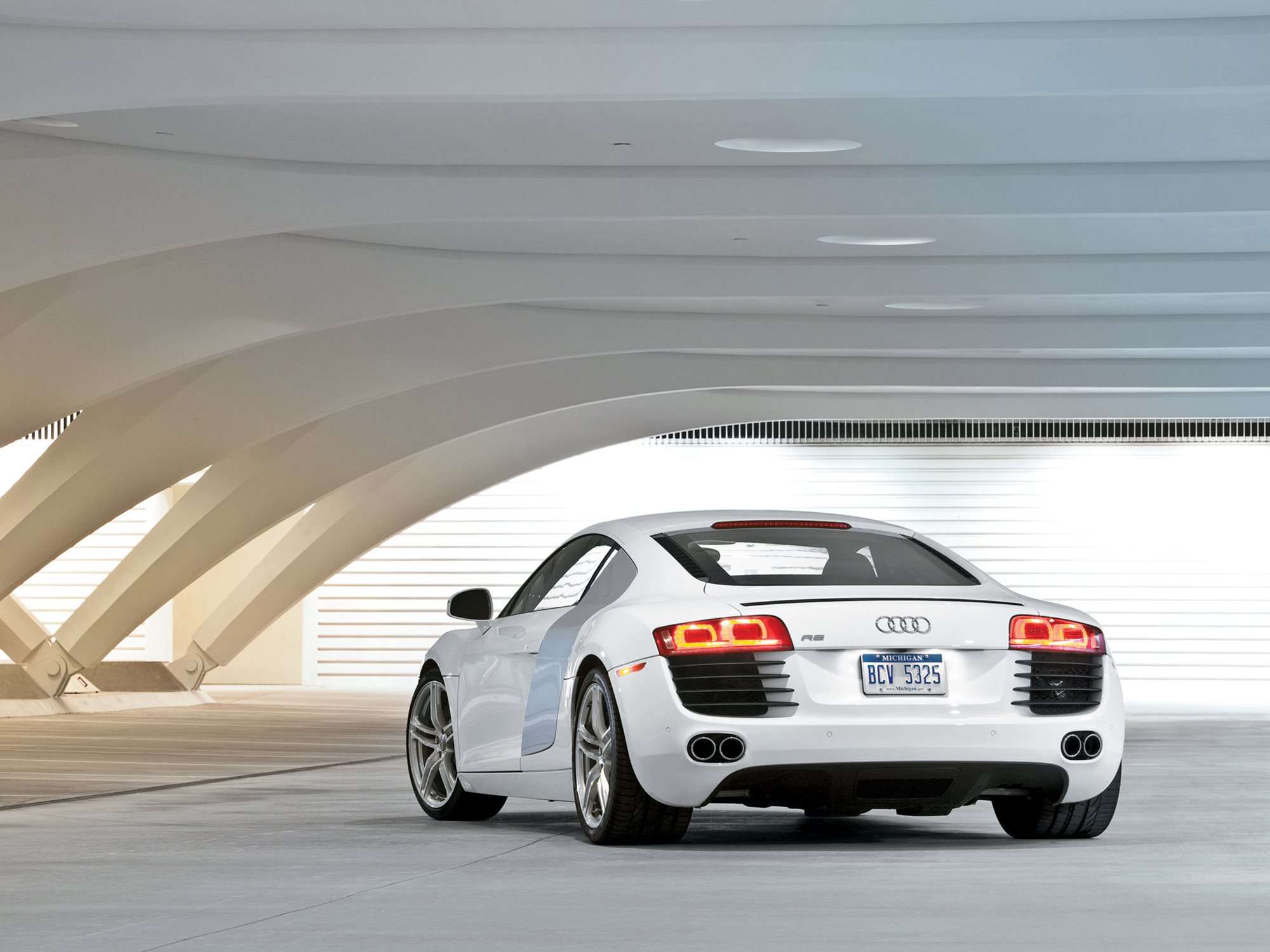 Inside, the R8, surprisingly, offers a great view forward and the seats are plush. The old-school instrument cluster is a win for form and function over current R8s – the reversing camera doesn’t get lost behind the steering wheel as it is displayed on the central screen. There are dials and controls for the MMI display and climate settings, while the infotainment graphics are looking dated in a modern context. There’s a ‘frunk’ to store enough goodies for a weekend getaway.

Ultimately, the R8 V8 isn’t style over substance. It’s worthwhile in its own right and not a poor relation to the V10. And it remains as much of a head-turner and as dramatic as the day it was released. 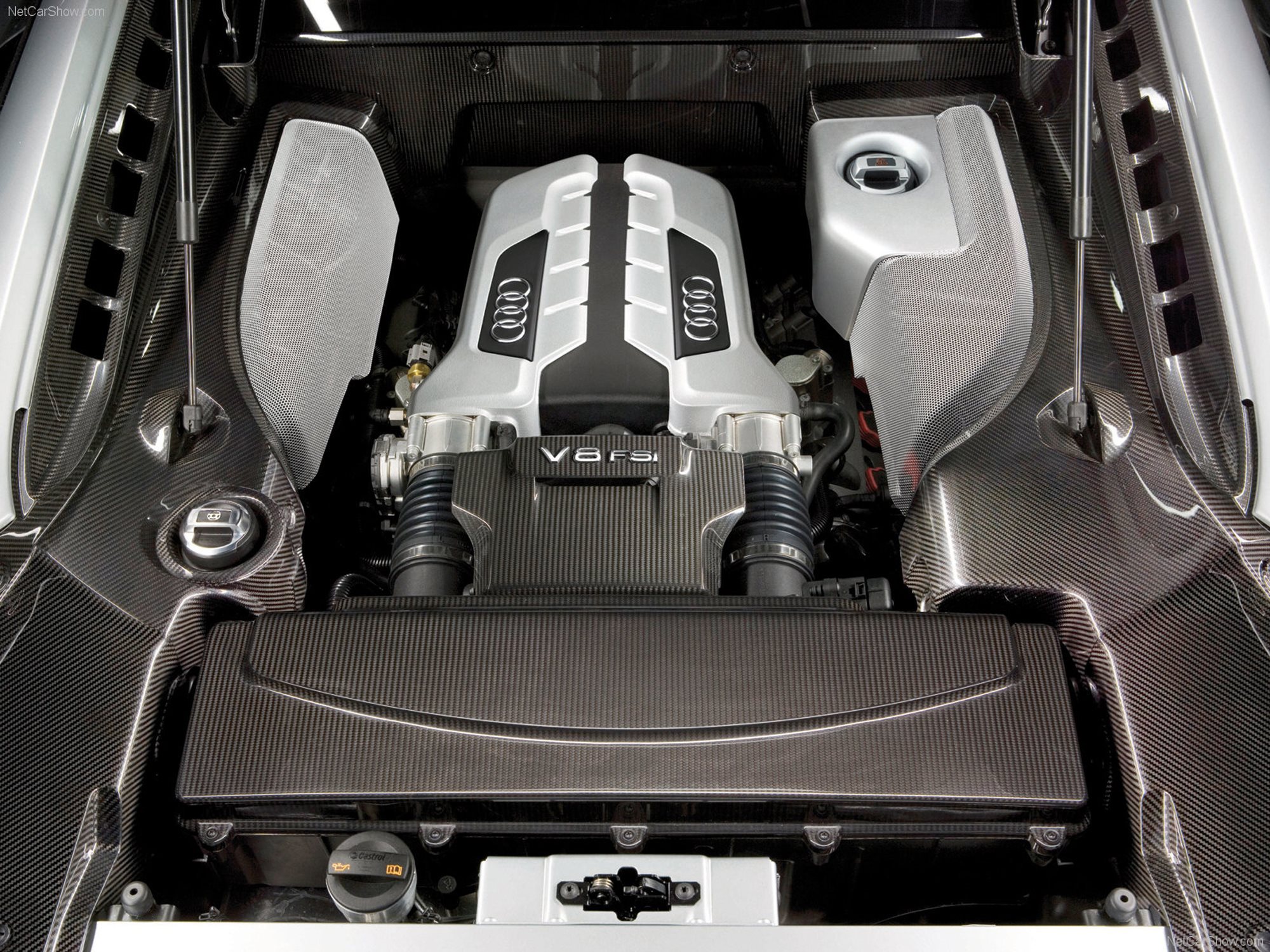 Trent Giunco
Staff Journalist
It’s so hard to say no to 8250rpm-worth of V8 screaming right behind your ears and the gorgeous first-gen design. But I’m going to – and I know I’d regret it at some point. They Cayman S might be more of a well-honed tool over an emotive supercar, yet it’s so hard to forgo its dynamic brilliance. Yes, the boosted four lacks character, but it’s unquestionably effective and the breadth of the Cayman’s dynamic ability makes me more excited than the R8’s aural delights. And if choosing a rather uninspiring flat four, according to the naysayers, is controversial, I could easily be convinced to take it a step further and opt for the 2.0-litre base Cayman with the PDK and pocket the extra cash.

Alex Rae
Online Editor
Hard choice - both are right up on my list of desirable machinery. But the Audi R8, with a V8 and gated six-speed manual, has been on the list longest. It has an impressive presence and dramatic sound in the metal that wins me over, and it's a proper supercar. Can't say that of the (immensely capable and highly likable) Cayman, unfortunately.

Cameron Kirby
Staff Journalist
I’m sorry Trent, but I can’t hear your words over the sound of my mid-mounted naturally-aspirated V8. Those five words alone should be enough to end any debate about which is the better choice here. This isn’t a head or heart decision for me, as both are in furious agreement that there could only be one correct choice. Now, who wants some kidneys? 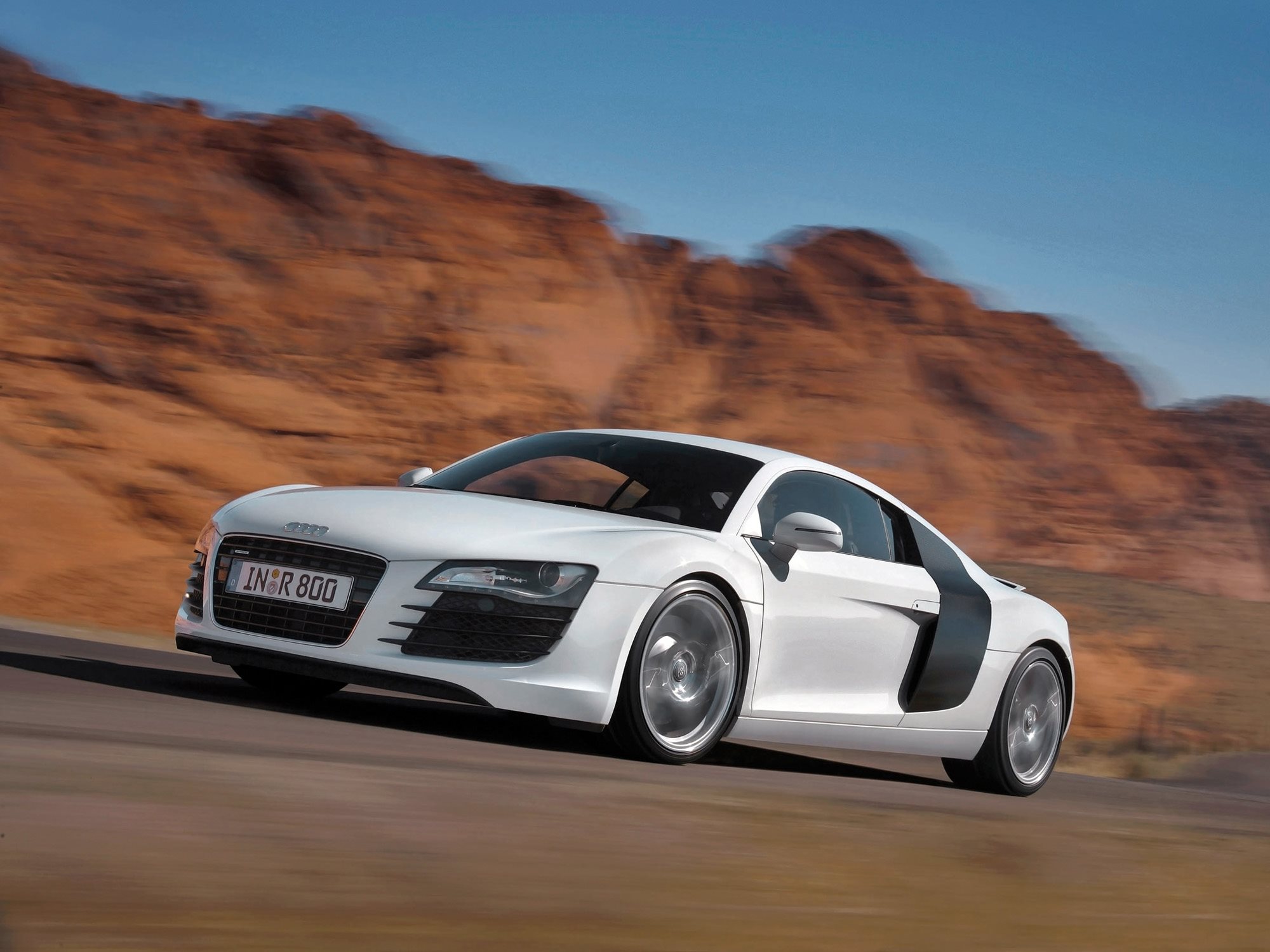