Porsche’s latest and greatest coupe versus a bona-fide carbon-tub, doors-go-up supercar. Which one gets your hard-earned – new or used?

IT’S FAIR to say that a few eyebrows were raised when Porsche announced that its long-awaited 718 Cayman GT4 would retail at $218,800 before on-roads.

Even by Porsche’s standards that is a fat stack of cash and it nets you a lithe two-door coupe that is pretty much lineball on pace with a $100k Alpine A110.

Despite the big ask, everybody who has driven the Cayman GT4 has beaten up as many superlatives as their vocabulary permits and then looked for a dotted line to sign on. It’s that good.

But, we wondered, what if we lined it up against something with an overwhelming firepower advantage? Something akin to burbling out in your beautiful Riva powerboat only to find the USS Iowa levelling a broadside at you.

Facing down the new Cayman GT4 needed something with that intimidation factor, so we see your 309kW Porsche and raise you a 441kW McLaren MP4-12C. Game over? Not so fast… 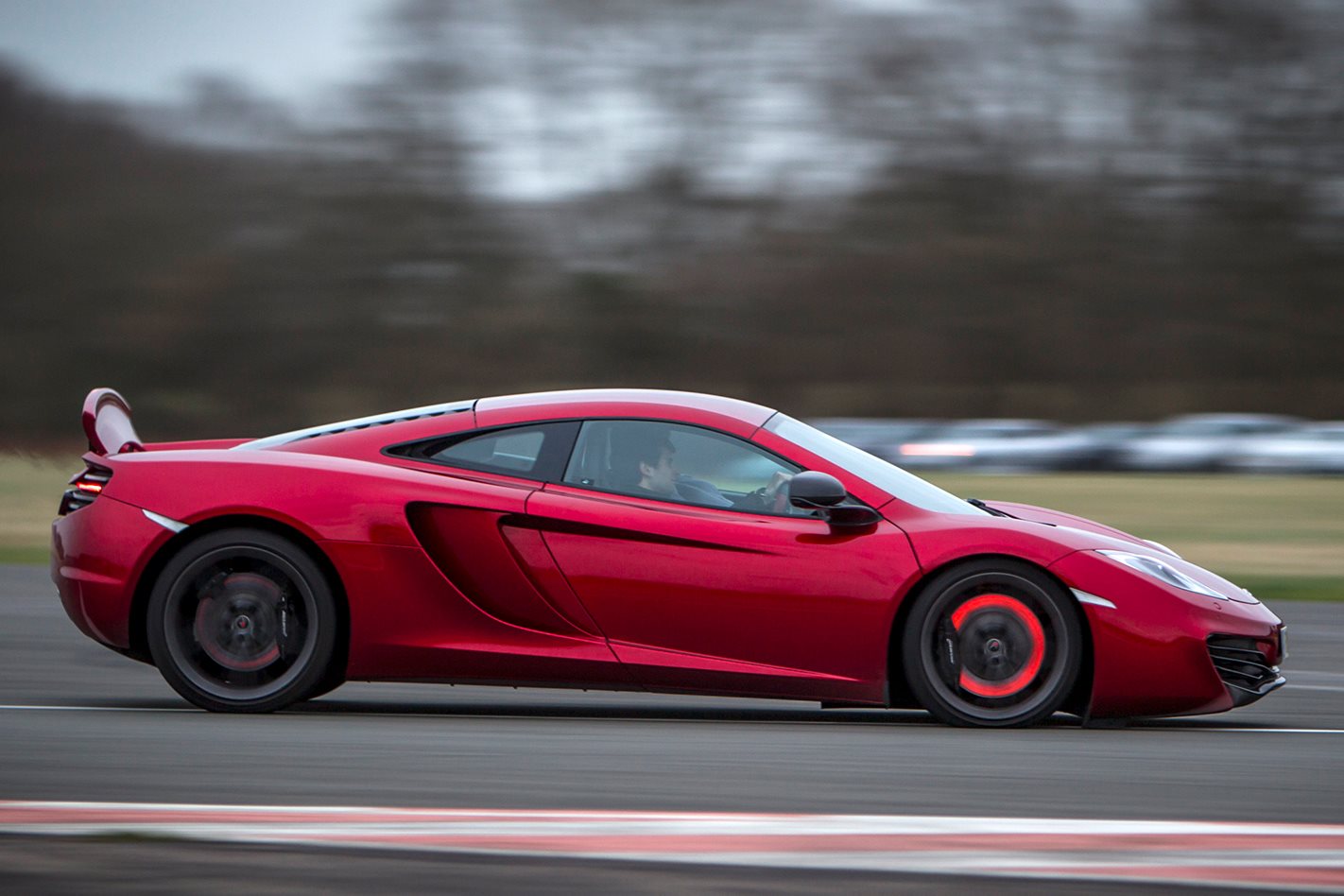 TIME WAS initially unkind to the McLaren MP4-12C. Just three years after it was released, it was treated to a hefty facelift and re-released as the 650S. That’s about as overt an admission of ‘we got that wrong’ as you’re likely to get out of Woking. But here’s the thing. Eight years have passed since we first saw the 12C in showrooms and it could just be that Frank Stephenson’s design has aged more gracefully than its immediate successor.

There’s a subtlety and maturity about its line that we miss with many of today’s overwrought, overstyled and overhyped supercars. Walk round it and there’s not a bad angle. What’s more, certain elements of its design language hark back to its very special forebear, the McLaren F1. So it’s a car that, after the initial disappointment, has grown on us.

It’s also a car that, for the time being at least, is one heck of a used bargain. We’ve seen tidy examples changing hands at less than $200K and, for the $220K ballpark that eyeballs the 718 Cayman GT4, there’s no shortage of immaculate cars for sale.

The intervening years have done little to dull the shock of the 3.8-litre twin-turbo V8’s savagery. An MP4-12C lapped Sport Auto’s Hockenheim test track quicker than a current Lamborghini Aventador S. It’s no slouch. It accelerates to 100km/h in 3.0s compared to the Cayman’s 4.4s. In other words it’s 32 percent quicker. That’s not even close. In terms of acceleration, the McLaren is to the Porsche what the Porsche is to a Hyundai i30 N hatchback. 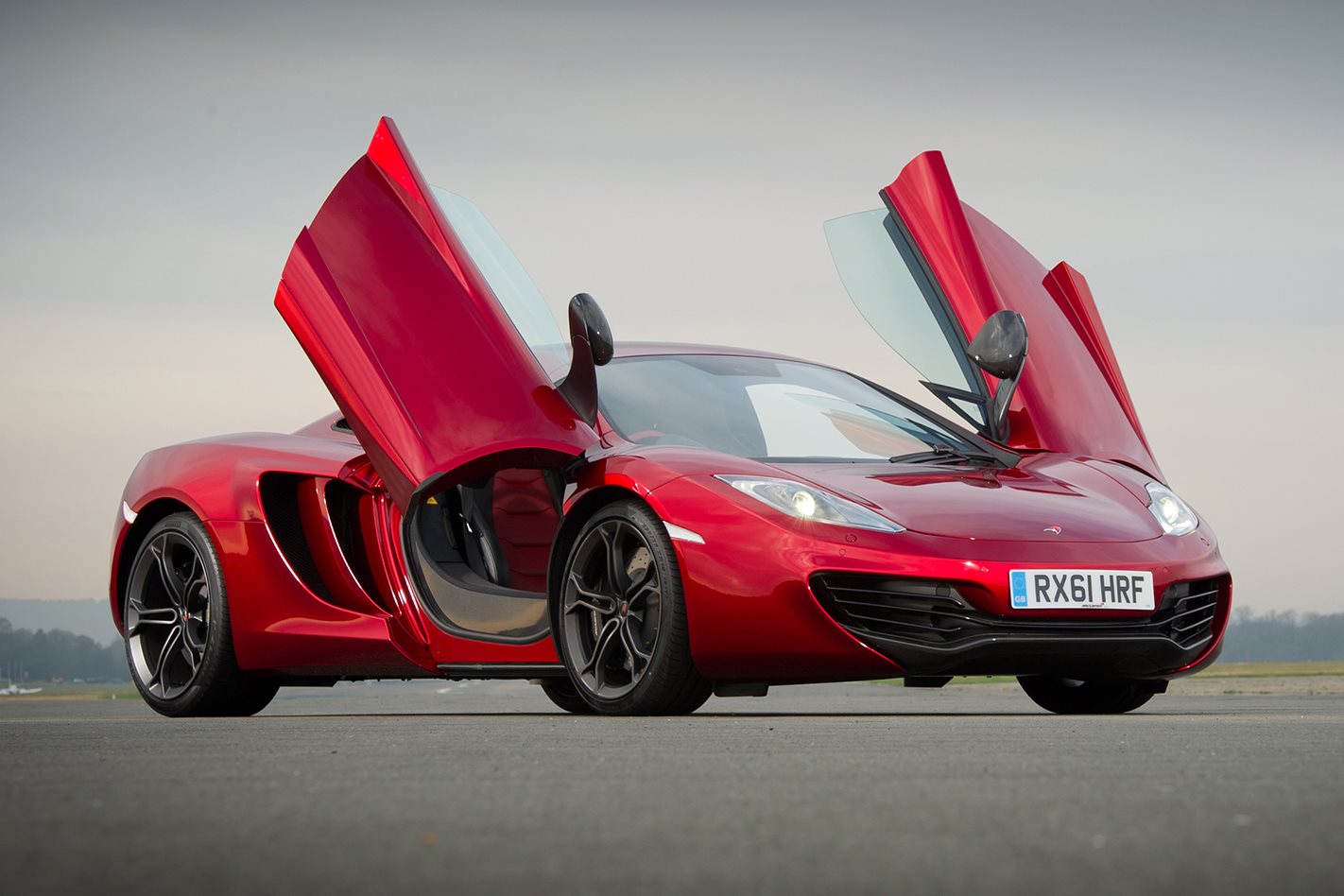 Subtlety of styling aside, the McLaren also brings a certain supercar sense of occasion. The dihedral doors are a lovely piece of street theatre and you drop in across rigid carbon fibre sills. The cabin still looks fresh and cleanly styled, with a beautiful unadorned steering wheel with exposed carbon spokes. The IRIS infotainment system is probably the MP4’s Achilles heel, being buggy and unfinished when the car was launched. Since then, it has received a series of updates and is at least functional, but don’t expect niceties like smartphone mirroring.

Where the McLaren has yet to be surpassed is in terms of ride quality. Switch the adaptive dampers into their most cossetting mode and the MP4-12C’s ride isn’t dissimilar to that of a Camry. It makes the car genuinely liveable and explains why McLaren owners frequently use their cars a good deal more frequently than owners of rival Italian exotics. That helps take some of the sting off depreciation.

In summary, the McLaren is a car that has ridden out the steep part of its depreciation curve yet still offers blistering dynamic abilities and proper supercar appeal. Granted $200K isn’t the sort of change most of us can rustle up with a determined dig down the back of the sofa, but against comparatively priced rivals, it’s a steal. 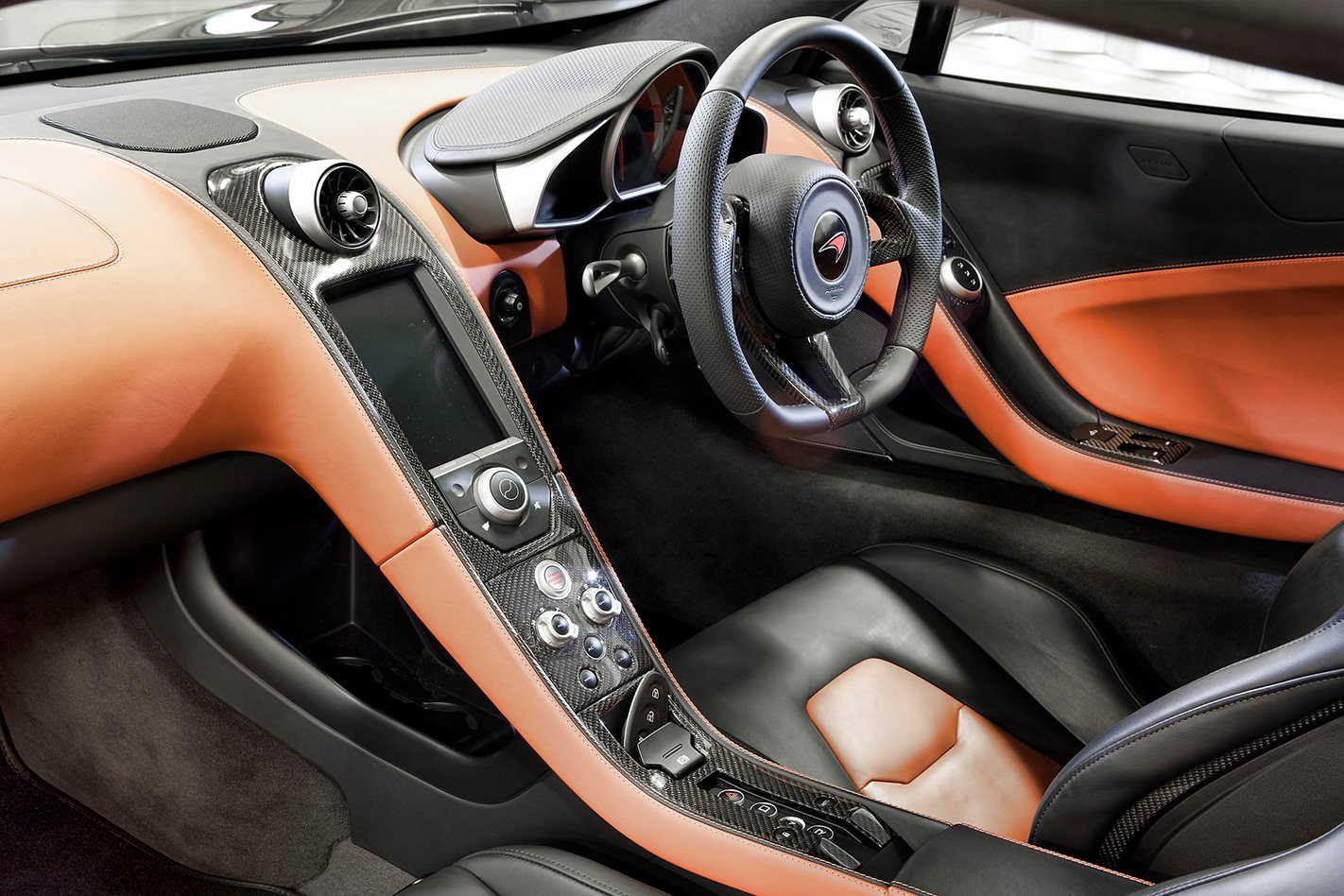 IT HAS a manual transmission. For the three-pedal purists out there, that’ll be the end of this little tête-à-tête. The Porsche 718 Cayman GT4 is an unashamed appeal to the fundamentalists, all tactile-emotional feedback loops, atmo rectitude and obsessively curated control consistency. In short, there’s nothing quite like a Porsche GT car and this Cayman just happens to be an extremely good one. 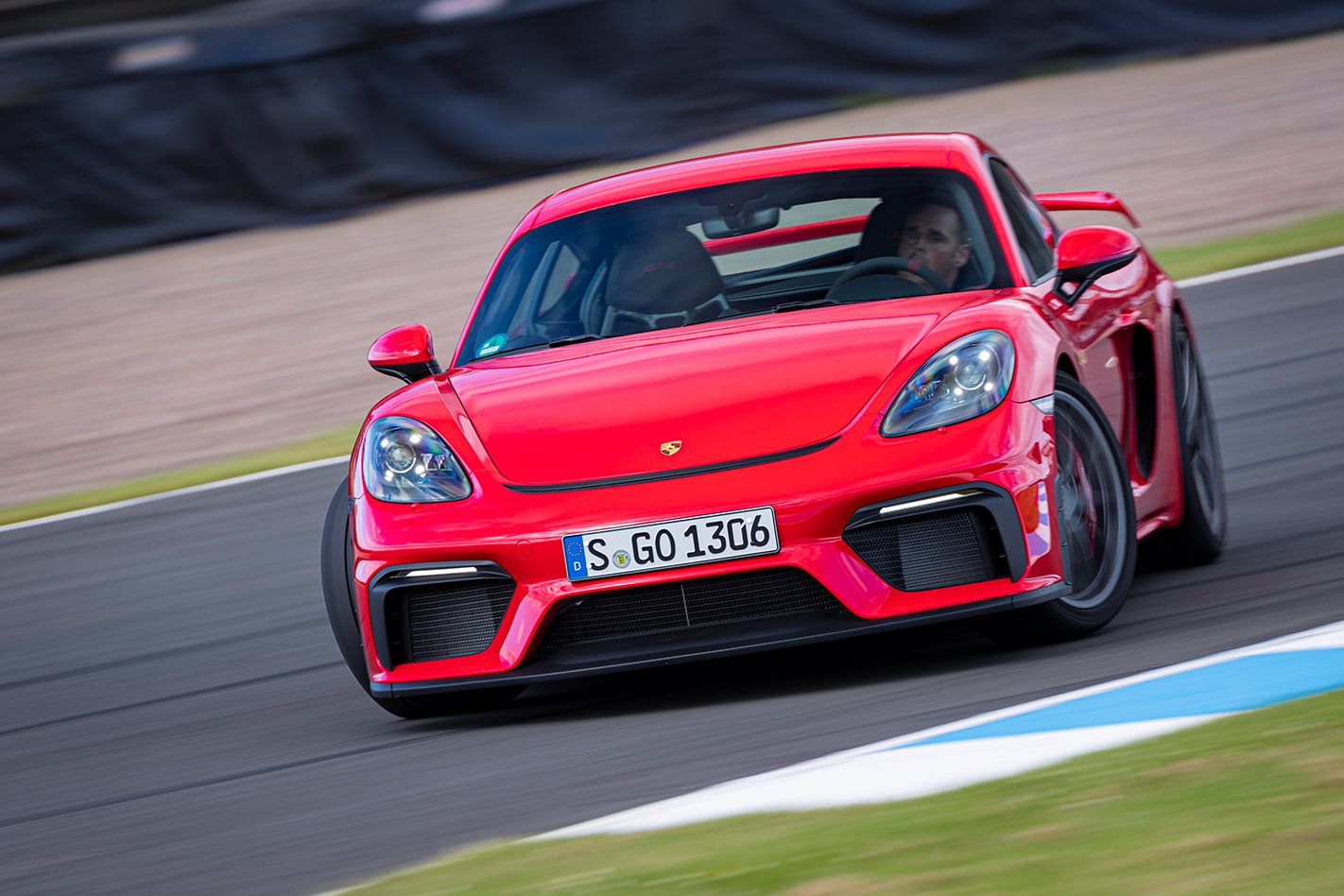 Forget about lap times or other stats. Fixate on those and you miss the point of the Cayman GT4. This is a car that is built to reward good drivers and which possesses layers of talent exploitable by those that are a bit better than good. Wheels editor Alex Inwood travelled all the way to Scotland, risking thrombosis via deep-fried kebab in order to get behind the wheel of the GT4 for as first steer.

The gear ratios are still too long, but the new 4.0-litre six pulls through them more aggressively. Inwood describes the shift action as perfect, and reckons the car flows beautifully on track with impressive high-speed refinement on road too. I can’t help but detect a certain equanimity in his conclusion though, describing the GT4 as “remarkably polished” but never as raw or visceral as a GT3. And if you’re paying this sort of money, wouldn’t you want something a bit more exciting than ‘polished’? Something that’s completely removed from the norm? 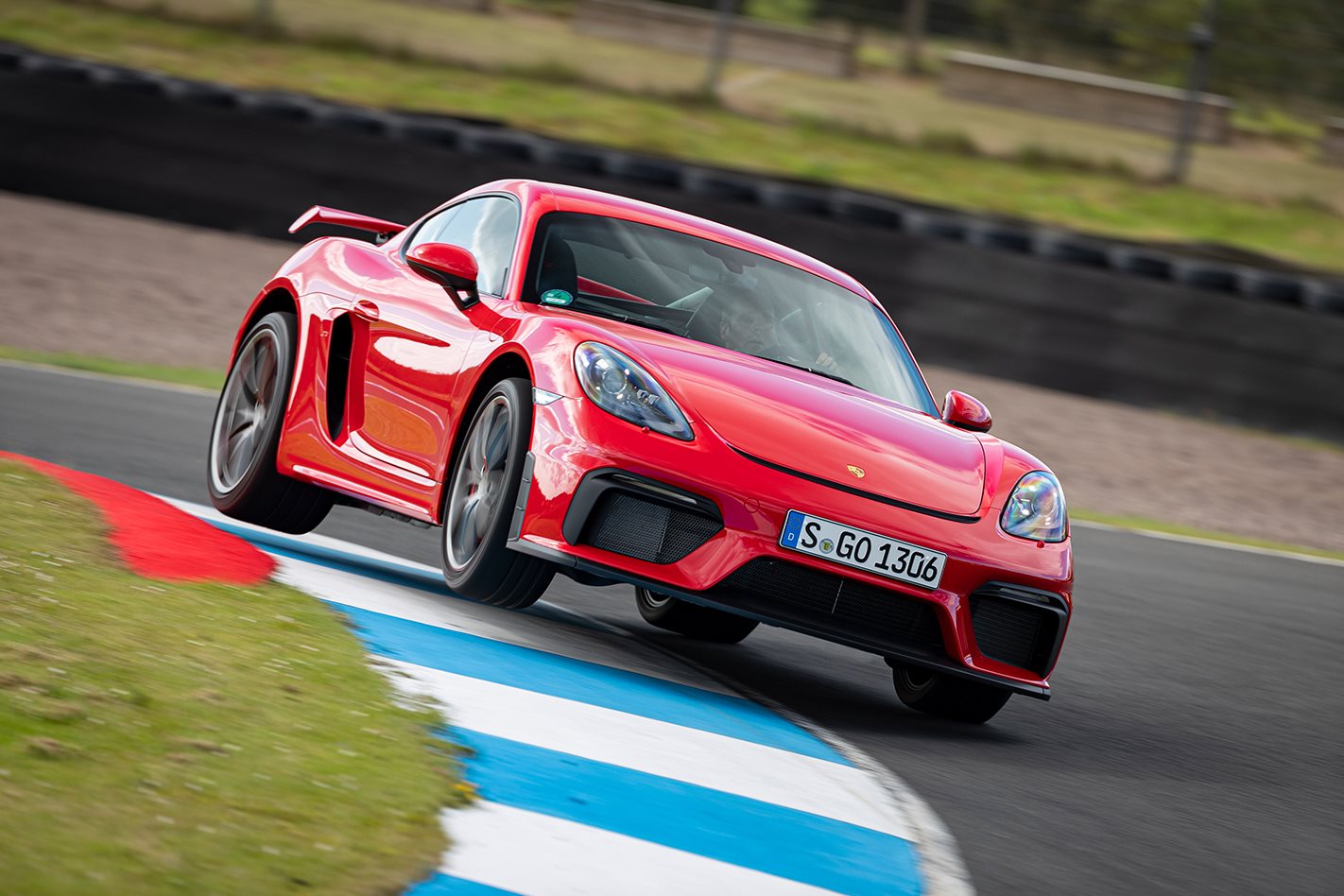 Naturally, if you’re shopping new, you get full control over how your Cayman GT4 turns out. You get the opportunity to lose hours in Porsche’s configurator, agonising over whether you’d spend $8250 on the Clubsport pack or whether you’d spring for ceramic brakes or a chrono stopwatch or LED lights or a Bose stereo or the model designation in high gloss black. Before you know it, you’ve spiralled above the price of a new 992 Carrera and you begin to question whether that would be a simpler and better option. Then you start researching the prices of used 997 GT3s and you’re back to square one. 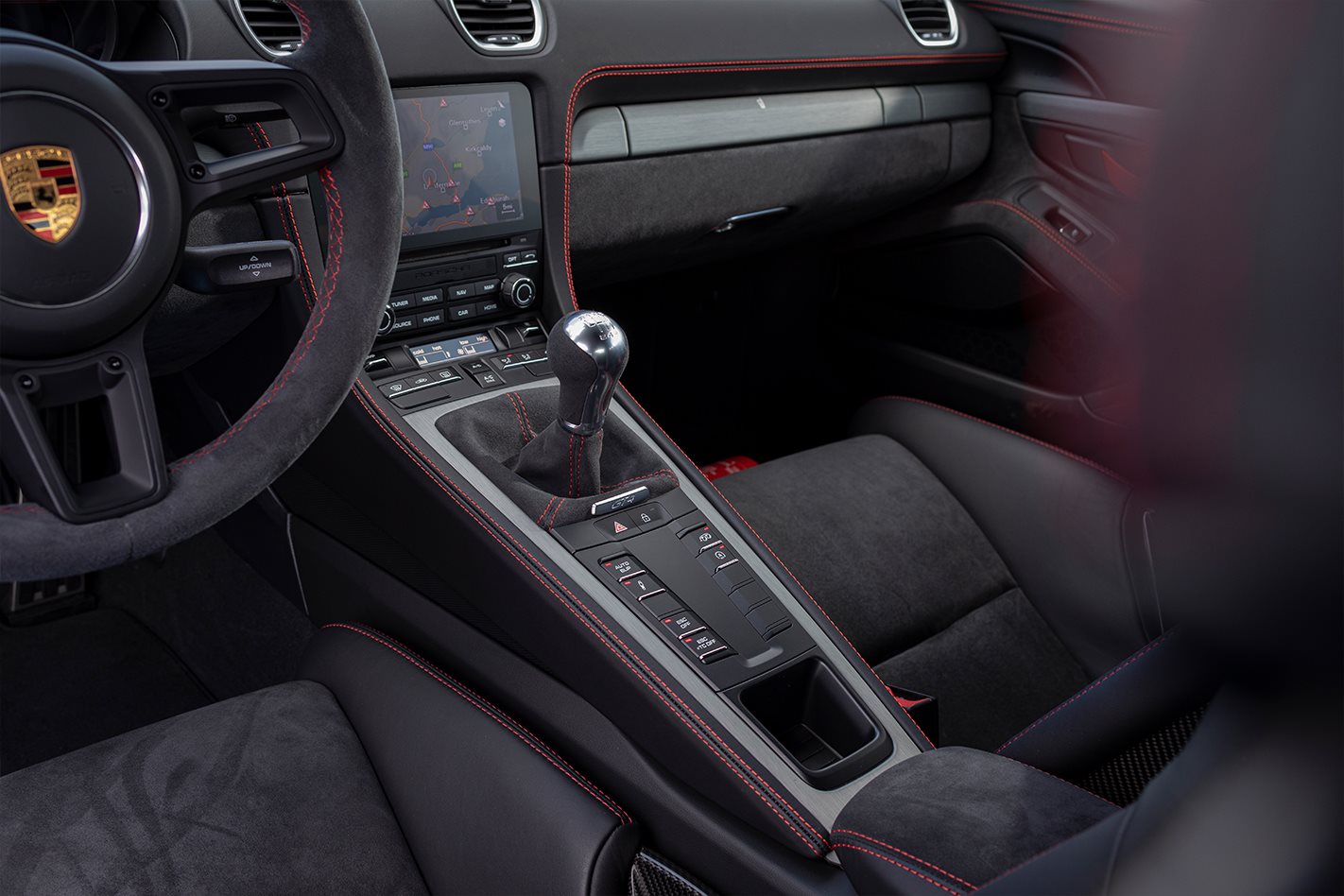 Trent Giunco
Staff Journalist
Okay, call me clichéd, but there’s something about the purity of the Cayman GT4 that really appeals. Yes, it’s not going to whack you in the back with a twin-turbo V8 hit like the Big Mac, but the sweet-sounding new 4.0-litre flat six is still an aural delight. And you’ve got a manual gearbox, three pedals and some of the sweetest chassis dynamics around. Sometimes it’s not all about straight-line prowess and drama. As editor Inwood put it after driving the new Cayman GT4, it’s all about the thrill of driving.

Andy Enright
Deputy Editor
Every shred of logic says I should be walking to my local Porsche centre here. The 718 Cayman GT4 is Porsche at the top of its game, I’d come away with a warranty, a six-pot screamer in special order Miami Blue and a rosy glow of satisfaction. What I wouldn’t have is a supercar. The McLaren is just inherently a more special thing. It’s faster, it’s got the most incredible suspension system, it’s built around a carbon-fibre chassis and, well, it’s a McLaren. In other words it’s from a very singular company that doesn’t sell boatloads of SUVs every year. Should that matter in the overall scheme of things? Probably not, but it does. McLaren for me. In Papaya Orange, please.

Cameron Kirby
Staff Journalist
When Mr Enright proposed this New vs Used showdown to me I blurted out my answer quicker than Kyle Sandilands rushing to get an extra serving from the buffet – it just has to be the McLaren. According to some outlets, the 718 Cayman GT4 is the second coming of motoring Jesus, and while the flat-six and manual combination is tantalising, I can’t get past the performance and presence of the Macca. Are you really going to walk past dihedral doors and a twin-turbo V8? Yes, you might look like a bit of a poser, but no one will be looking for long when you open up the taps. Give it to me, give it to me now! 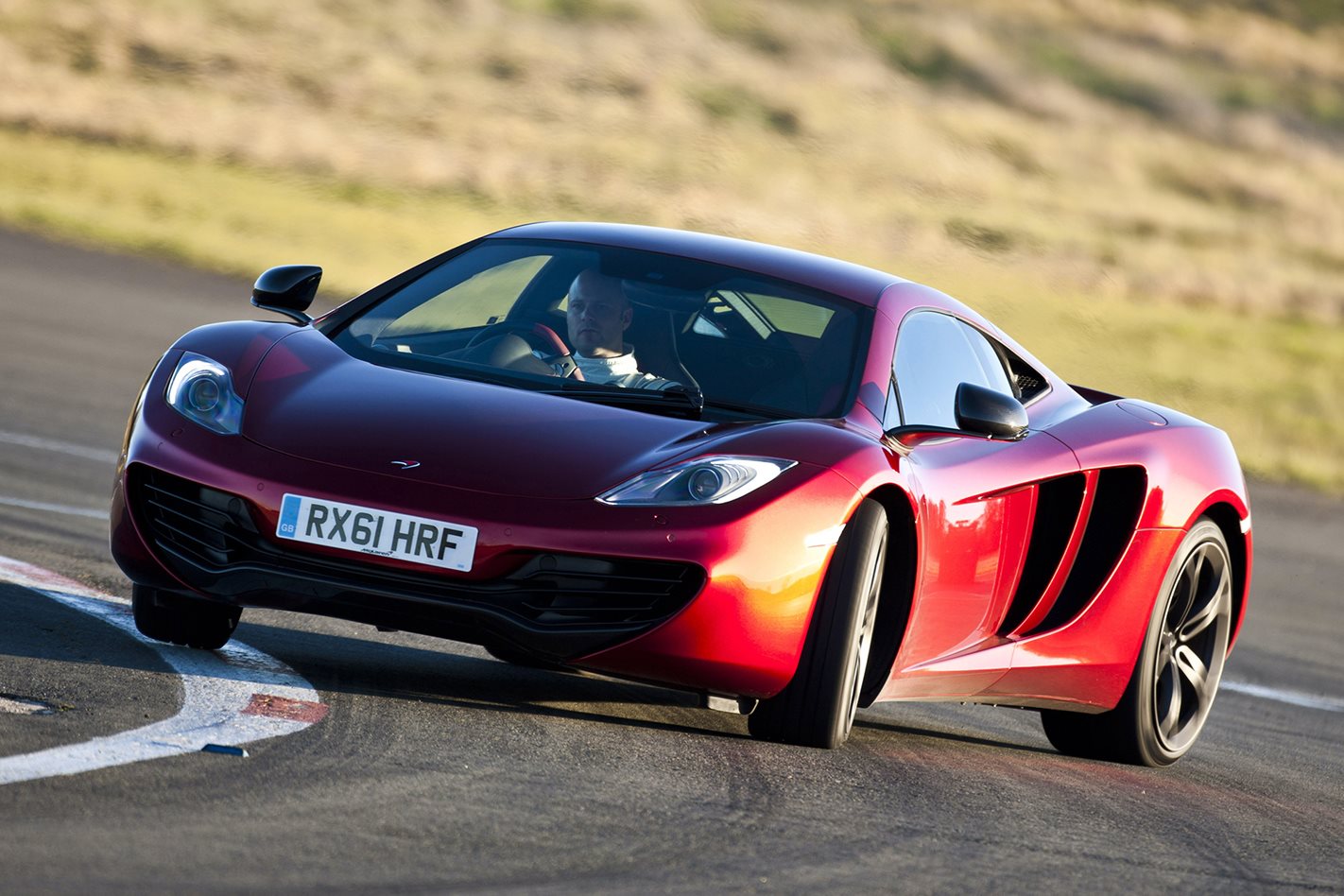