THE premium large car segment is something of a sweet spot in the luxury passenger car market, where vehicles offer a higher level of both prestige and quality than mid-sized ‘volume’ models, while being more attainable than models from the limo class.

It’s also home to Mercedes-Benz’s signature model, the Mercedes-Benz E-Class, as well as the BMW 5 Series that has been widely considered the class benchmark since its inception in 1972.

The E-Class dominates in terms of sales, however – currently accounting for nearly 30 per cent of the segment. The 5 Series has half that share, followed not too far behind by the Audi A6 and a non-German contender in the shape of England’s Jaguar XF.

Here, WhichCar provides a guide to any changes planned or expected for these models during the next 18 months – to help you pick the perfect time to buy one.

An all-new A6 is anticipated for 2018, but the large luxury sedan/wagon range has one more major update up its sleeve before then. Audi announced the update in April, though it’s not expected to reach local showrooms until mid-2017 or later. 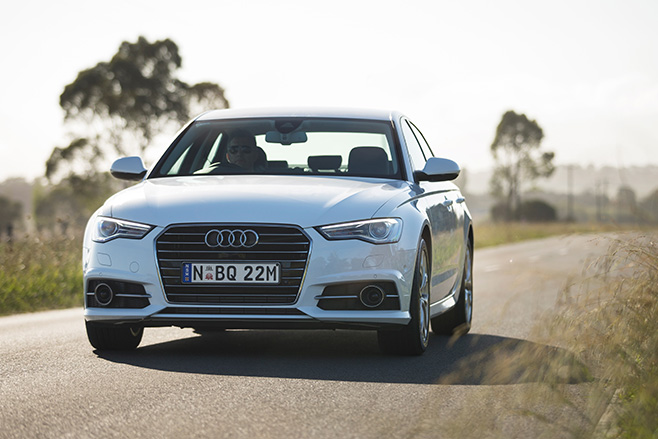 Tweaks to the exterior styling include revised grille and side sills, and a new look for the rear with changes to the bumper and diffuser. An optional S Line exterior package is also being made available for a sportier aesthetic. Inside, increased standard equipment includes LED lighting throughout the cabin as well as the boot.

New options include smartphone integration with Apple CarPlay and Android Auto, and Audi entertainment tablets – first seen on the new A4 – for the rear seats. There are also changes for the A6 Allroad higher-riding wagon and the related A7 Sportback four-door ‘coupe’.

The outgoing 5 Series has aged well since its 2010 introduction, though it’s all change for 2017. The seventh-gen 5 Series – or G30 in BMW code – is due to be unveiled imminently, but we already know a number of details. 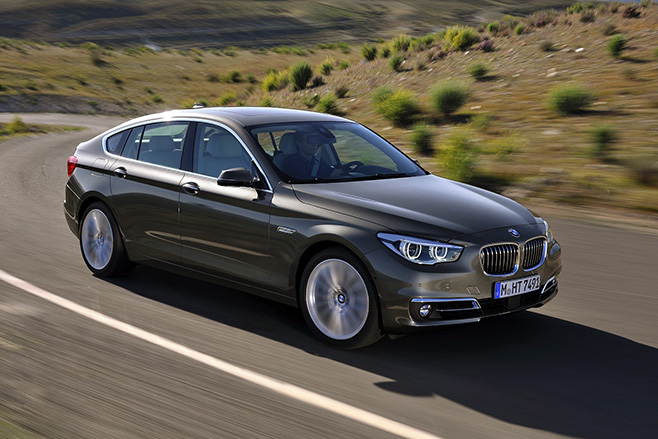 Dimensions will grow slightly, yet greater use of aluminium in the new 5’s construction means overall mass will be reduced by up to 100kg, depending on model. There’s a new steering set-up, while an optional air suspension – entailing both front and rear axles – will be available over the standard steel-sprung suspension. Engines will continue to be a range of turbocharged four- and six-cylinder petrol and diesel donks, with a plug-in version also returning.

Expect plenty of technological hand-me-downs from the bigger 7 Series, including the latest-generation iDrive infotainment system. The seventh version of the 5 Series since its 1972 debut will go on sale in Europe in early 2017, so expect sometime in the second half of next year for Australia.

The second-generation XF was released in 2016 – eight years after the original began a crucial period of design rejuvenation for the British brand. 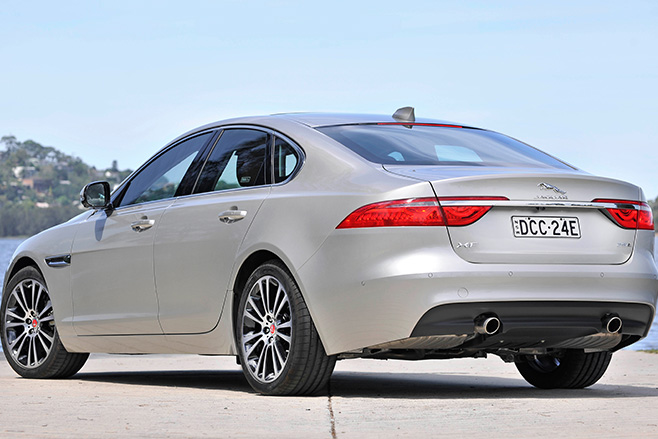 No major updates are therefore expected for 2017, though there could be running updates in the drivetrain department. Jaguar Land Rover recently unveiled a new petrol member of its Ingenium turbocharged modular engines, joining the diesel versions already introduced.

The 2.0-litre four-cylinder turbo will be available in various states of tune, offering both increased performance and fuel efficiency over the engines they replace.

Another newbie, as with the Jaguar XF. Mercedes rolled out the latest iteration of its signature model in August 2016, so it’s a case of awaiting further variants rather than any model updates. 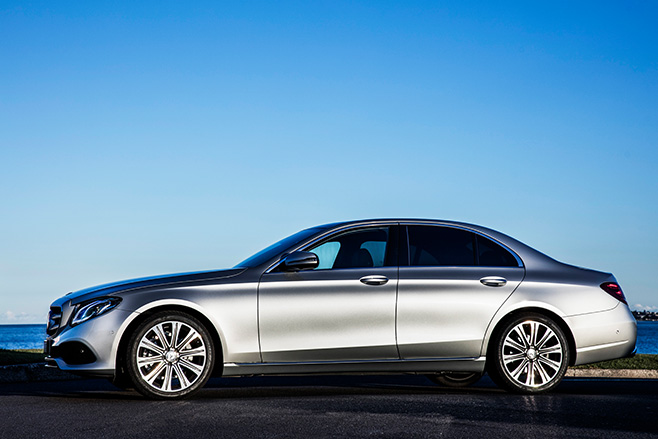 The E-Class launched in E200 turbo petrol form along with an E220d utilising a brand new 2.0-litre turbo diesel donk. A more powerful E350d diesel has since joined it, while November will see the arrival of the 180kW petrol E300 and 245kW all-wheel-drive E400 4Matic.

Also confirmed is an AMG E43 model featuring a 295kW 3.0L bi-turbo six-cylinder and good for 0-100km/h acceleration in 4.6 seconds. An AMG E63 will return, naturally, as the range’s flagship.