The E-Class sedan is one of the safest and most technologically advanced series’ in the Mercedes family. Boasting a range of engine sizes from four through to eight cylinders, as well as diesel and hybrid options, it’s also among Benz’s most popular choices. Toby Hagon finds 14 other things worth knowing about the Mercedes-Benz E-Class

1. The Mercedes-Benz E-Class gets a Crosswind Assist function that is also on some Mercedes-Benz vans and people movers. It monitors the speed of each wheel as well as the yaw rate (whether the car is spinning around its axis) and can individually apply brakes to counter the effects of a crosswind.

2. The E-Class can react to drivers who have fallen asleep or unconscious at the wheel. If it notices no steering input for an extended time it can automatically bring the car to a stop.

3. Another addition to the Pre-Safe safety suite is “Impulse Side”. It uses air chambers in the upper parts of the driver and front passenger seats to nudge the driver 5cm towards the centre of the car to get them further away from the doors if a side impact threat is detected. 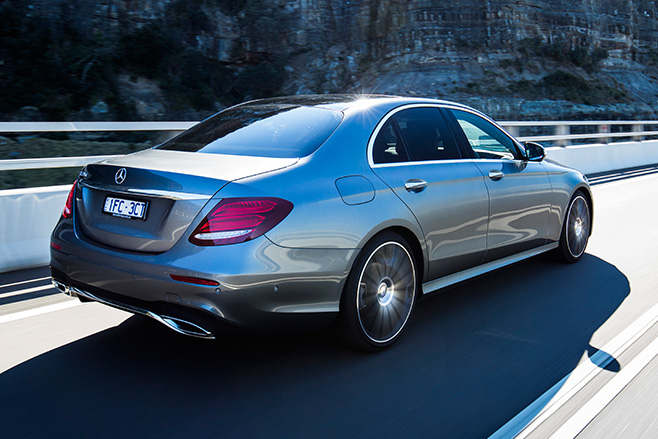 4. Pre-Safe also now has a function called Pre-Safe Sound, which is designed to reduce the likelihood of hearing damage in a crash. It does so by emitting an 80dB sound through the speaker system which is designed to stimulate the stapedius muscle in the ear, forcing it to contract, in turn protecting the ear drum.

5. The ambient lighting system has 64 colours that can be adjusted across five levels of intensity. Owners can also choose to switch it off completely, or run it only in the front or rear of the vehicle.

6. The E-Class is the first Mercedes-Benz to get upgraded software (NTH 5.5) for the Comand infotainment system. It is claimed to have smarter voice recognition as part of the Linguatronic system, a faster hard drive, and allow online internet searches.

7. The digital instrument cluster and central infotainment screen on the E-Class are identical 12.3-inch screens bonded together under a single piece of glass to make them look like one broad display. 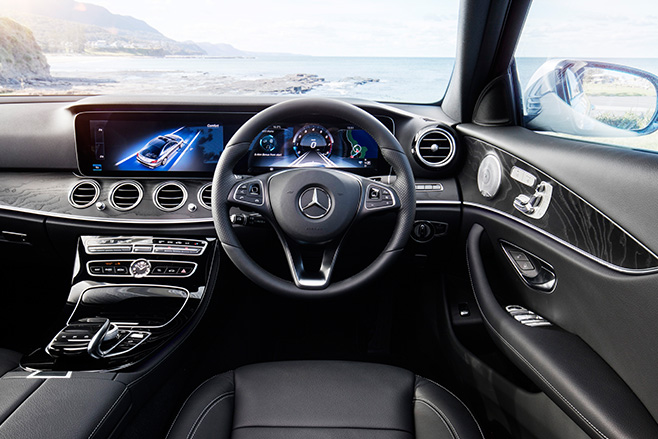 8. The new E-Class is 43mm longer than the model it replaces and with an extra 65mm between the front and rear wheels (wheelbase). But the new car is 2mm narrower and 3mm lower than the previous E-Class. Despite the extra size, it’s about 70kg lighter.

9. All E-Classes get more efficient LED headlights. There are also active multi-beam LED headlights on the C350d and above (and optional on other models) that house 84 LEDs in each headlight. Individual LEDs can be illuminated or switched off instantly depending on the road and traffic ahead.

10. A new car can cost $1 billion or more to design and develop. But the new 2.0-litre four-cylinder diesel engine on the E-Class (codenamed OM 654) was the result of a €3 billion development program. That’s big bucks, although the engine will be used across most of the Mercedes-Benz range in dozens of models.

11. All new E-Classes get a nine-speed automatic transmission that’s said to be 92 percent efficient (up from 85 percent compared with the old seven-speed unit). 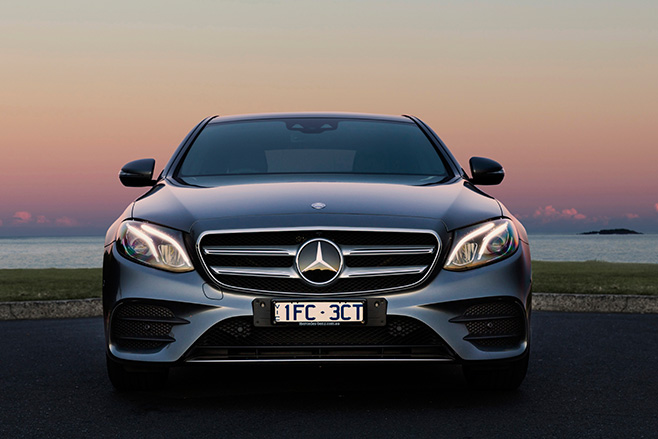 12. The fifth generation E-Class will be the first offered with an all-wheel drive system. The 4Matic system has long been offered in America and Europe, but this is the first time the E-Class will have it locally. It’s fitted standard on the E400 and upcoming E43 AMG and E63 AMG.

13. Mercedes-Benz is secretly working on an off-road version of the E-Class. Similar in concept to the Subaru Outback – a car based on the Subaru Liberty wagon – the E-Class off-roader will have higher riding suspension, body add-ons to give it a chunkier look, and the 4Matic four-wheel drive system.

14. The E-Class is not offered with a manual gearbox. Instead, all cars come with a nine-speed automatic transmission; marketed as 9G-Tronic.

Want more? Check out the history of the Mercedes-Benz E-Class 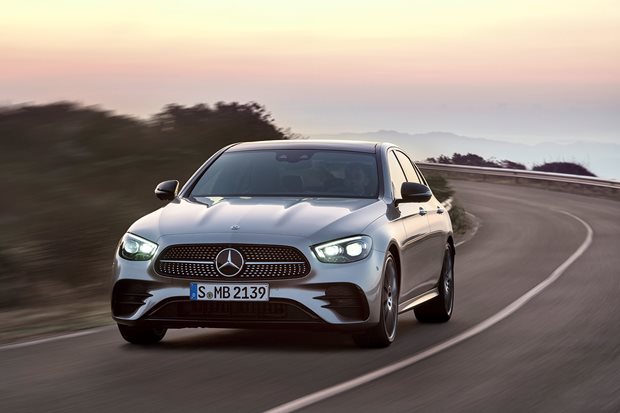