Need something new to pull your caravan this summer? Here are the best holiday tugs for 2016 as judged by the expert team at Caravan World.

There are many good tow vehicles, but the ones on this list have been benchmarked against their ability to tow in stop-start city driving, freeway cruising, hill climbing and descending, and on rough secondary roads. Ride smoothness, performance, stability and fuel economy are all considerations. Mirror design is assessed for suitability with the same mirror-mounted towing mirrors. The ease of coupling up a caravan is assessed, including how accessible the towball, trailer electrical connector and shackle eyelets are.

The truck-like RAM can tow up to 6989kg behind it with a pintle hook and 3500kg with a 50mm towball. With a huge 6.7-litre straight-six turbo-diesel engine mated to a six-speed automatic gearbox up front, it can tow a 2900kg caravan like it wasn’t even there.

The RAM was a rock-solid towing platform and although the front end pitched up and down on rough roads, it wasn’t too obvious. Hills didn’t slow the RAM and with its exhaust brakes, going downhill at a set speed without needing the brakes was easy.

It might be more of a truck than some would want with its rough-riding ways, but if you wanted the ultimate tow vehicle, this is it. 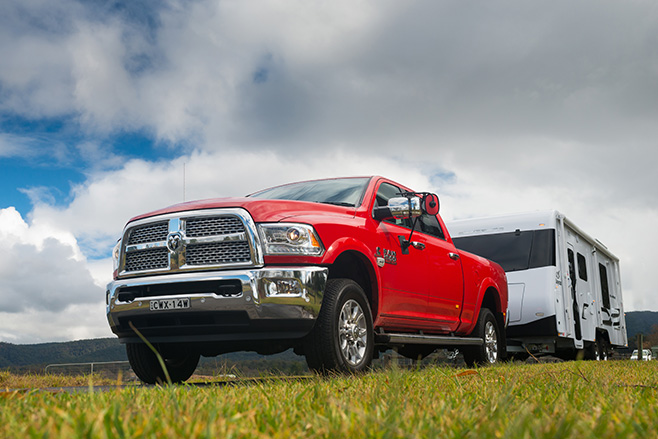 The ever-reliable LandCruiser 200 Series performs strongly, has a 3500kg towing capacity, and provides a lush ride when towing.

The negatives are that it is becoming dated (although it did receive a mild 2016 refresh) and the 4.5L V8 twin-turbodiesel engine is almost as thirsty as the petrol model when towing. 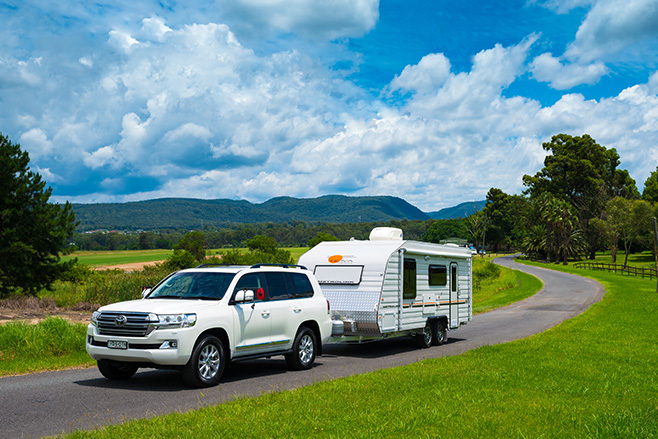 Based on the 2004 Discovery 3, the Discovery 4  is now in its twilight years with the Land Rover Discovery 5 on sale in here in 2017. But the current Disco is a worthy member with a hefty 2700kg-plus kerb weight that helps keep any caravan from shoving it around and the air-spring suspension provides a contained, comfortable ride with a van behind.

Its sequential twin-turbo 2.7L diesel, mated to an 8-speed auto transmission does not lack for power, either. 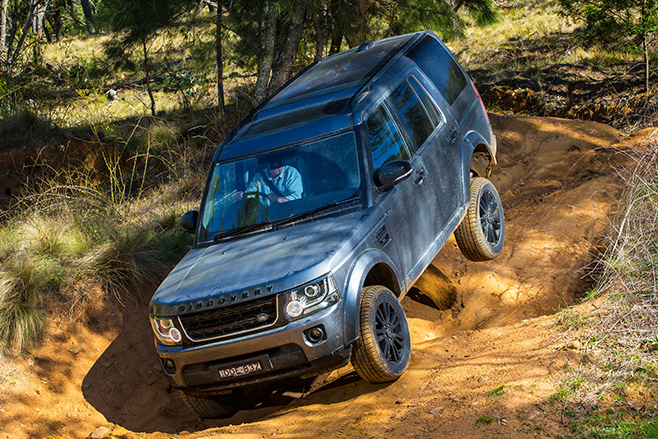 The WK2 Jeep Grand Cherokee is one of the few 4WDs that has the maximum 3500kg towing capacity and reasonably svelte dimensions to make it an acceptable city vehicle. The Jeep is very solid with a van behind and is very stable and predictable in its response to wind buffeting and road surface changes.

The 3.0L turbodiesel V6 copes well with the additional weight of a caravan and the eight-speed automatic is a smooth, willing companion to the engine and has a good spread of ratios. 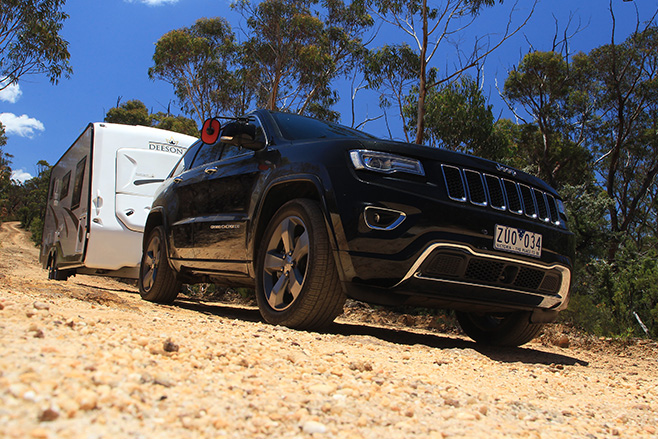 These are the stand-out tow tugs against their 4WD-ute peers. The Ranger and Mazda BT-50 were co-developed and despite a slight parting of ways in their latest 2015 update, they are still basically the same under the skin.

They have great stability with a van behind, benefitting greatly from their lanky wheelbase and short rear-axle-to-towball measurement. With a 3500kg towing capacity, the five-cylinder turbo-diesel Ranger and BT-50 have equal best-in-class performance when towing, and are able to steam up hills that leave the rest of their competitor utes floundering.

Engine braking is also very good and the six-speed auto is very easy to use in manual mode to hold gears on descents. 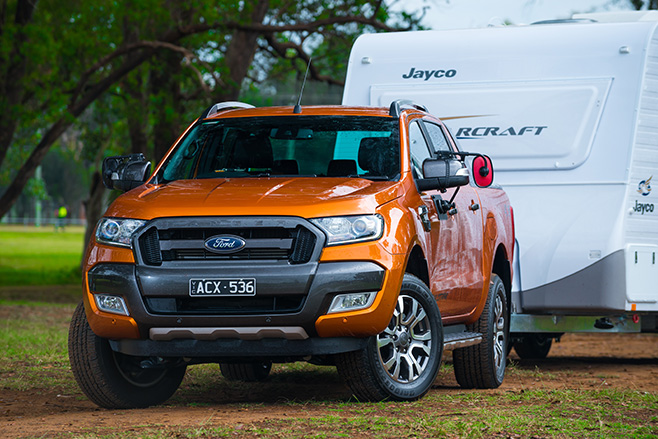 There is no doubt that this old-school LandCruiser wagon was born with the ability to tow large, heavy loads. With its basic live-axles and all-coil suspension bolted to a separate chassis, chest-thumping V8 turbo-diesel and short gearing, the Cruiser has all it takes to tow very well.

The Cruiser barely flinches with a van on the back, and is a stable towing rig. Its engine seems well capable of taking on the extra weight of a heavy van but once you get up to touring speed it does struggle on steeper hills. 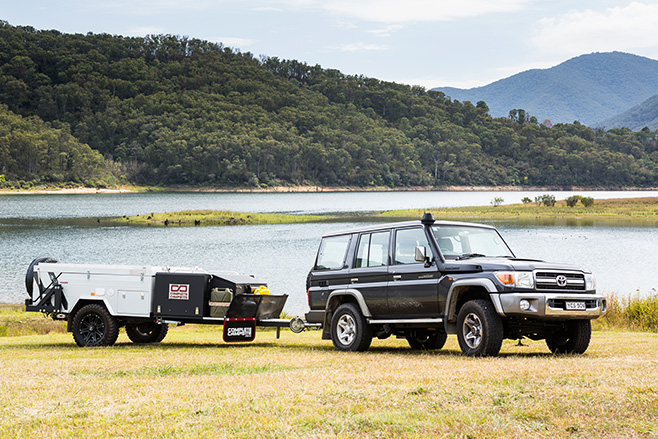 The Isuzu MU-X is a natural with a caravan behind. With a 3000kg towing capacity it’ll take on the weight of a tandem-axle full-sized caravan with no hint of instability. Engine braking is very good, while performance from the 3.0-litre intercooled turbo-diesel up hills is better than the torque and power figures would suggest. Fuel consumption is better than most, too.

On rough roads, the MU-X does get some front-end pitching happening, but it’s still one of the best mid-size towing platforms out there. 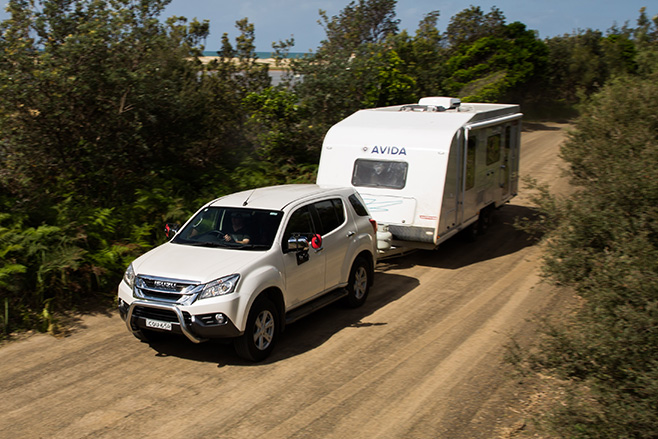 The Prado is a good tow hauler and feels solid on the road with a van hooked up, with no yawing. It is prone to some pitching up front, but it’s pretty benign and overall provides a plush ride.

Despite the transition to a new engine in 2016 (down from 3.0-litres to 2.8-litres) promising 40Nm more torque and 3kW more power to tow up to 2500kg, you don’t really notice the difference. In any case, for all but the steepest climbs, it’ll maintain its touring speed. Engine braking is pretty good and fuel consumption while towing isn’t bad, either. 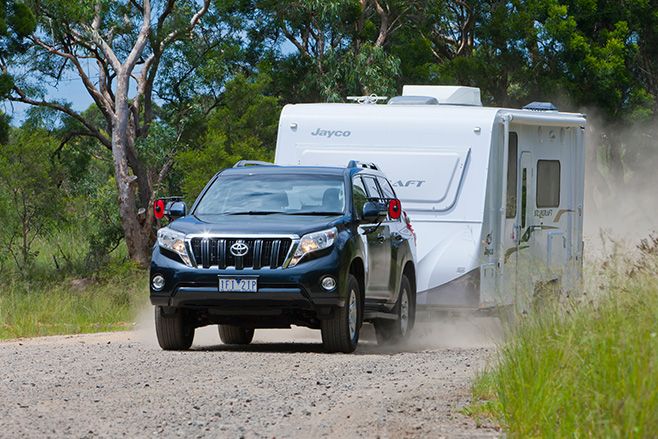 The  Mitsubishi Pajero is a bit of an old warhorse but performance is exceptionally good and not much affected by having two tonnes towed behind it. On the open road there is a plentiful reserve of power, although the 3.2L turbocharged four-cylinder diesel does like a drink when it’s towing. Engine braking is not bad, either.

The downsides are that the Pajero’s 3000kg towing capacity is a joke because from 2501kg to 3000kg, maximum TBM (towball mass) is just 180kg and the spare wheel placement makes it near impossible to open the tailgate when hitched up. 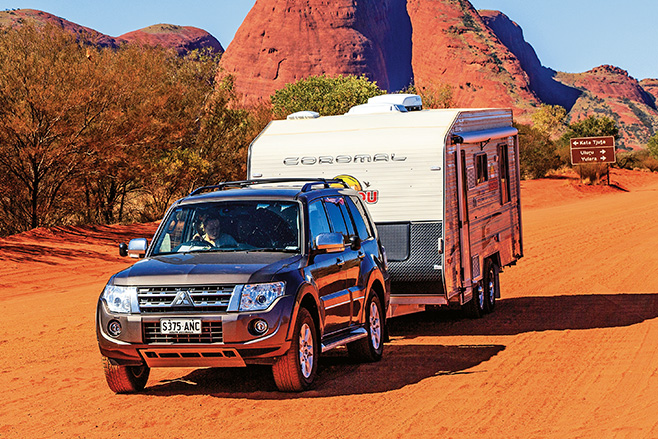 The Commodore Sportwagon has a plenty of power and torque from its V6 engine to keep 100km/h on the speedo out on the highway and up hill and down dale. The rear springs are on the soft side when a coupling is dropped onto the Commodore’s towbar, so it’s best to follow Holden’s recommendation to use a weight distribution hitch (WDH) when towing.

With a WDH fitted, the Holden doesn’t put a foot wrong, with only a very slight yawing when large trucks pass on the freeway. It’s a very comfortable, stable towing experience with the power to stay out of trouble. 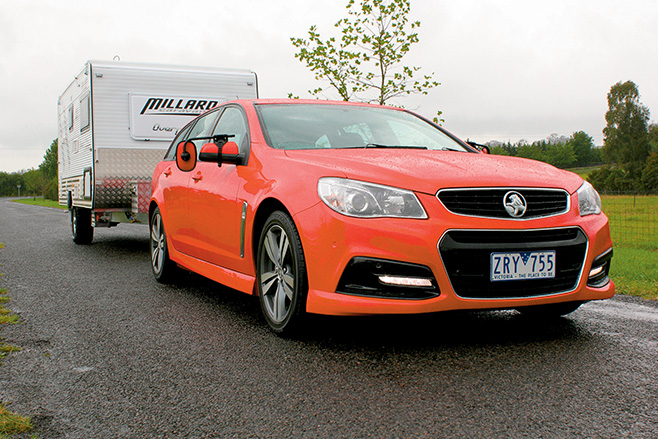 Read full reviews of these vehicles and more at Caravan World.