The Renault Kadjar has just arrived in Australia so we’ve put it side by side with its close cousin, the Nissan Qashqai for a virtual comparison

They share the same underpinnings and overall design but are there enough differences between the Nissan and Renault small SUVs to justify choosing one over the other?

The Renault Kadjar is the latest Renault SUV to enter the Australian market and it bridges the gap between the French car maker’s Captur crossover and mid-sized Koleos. 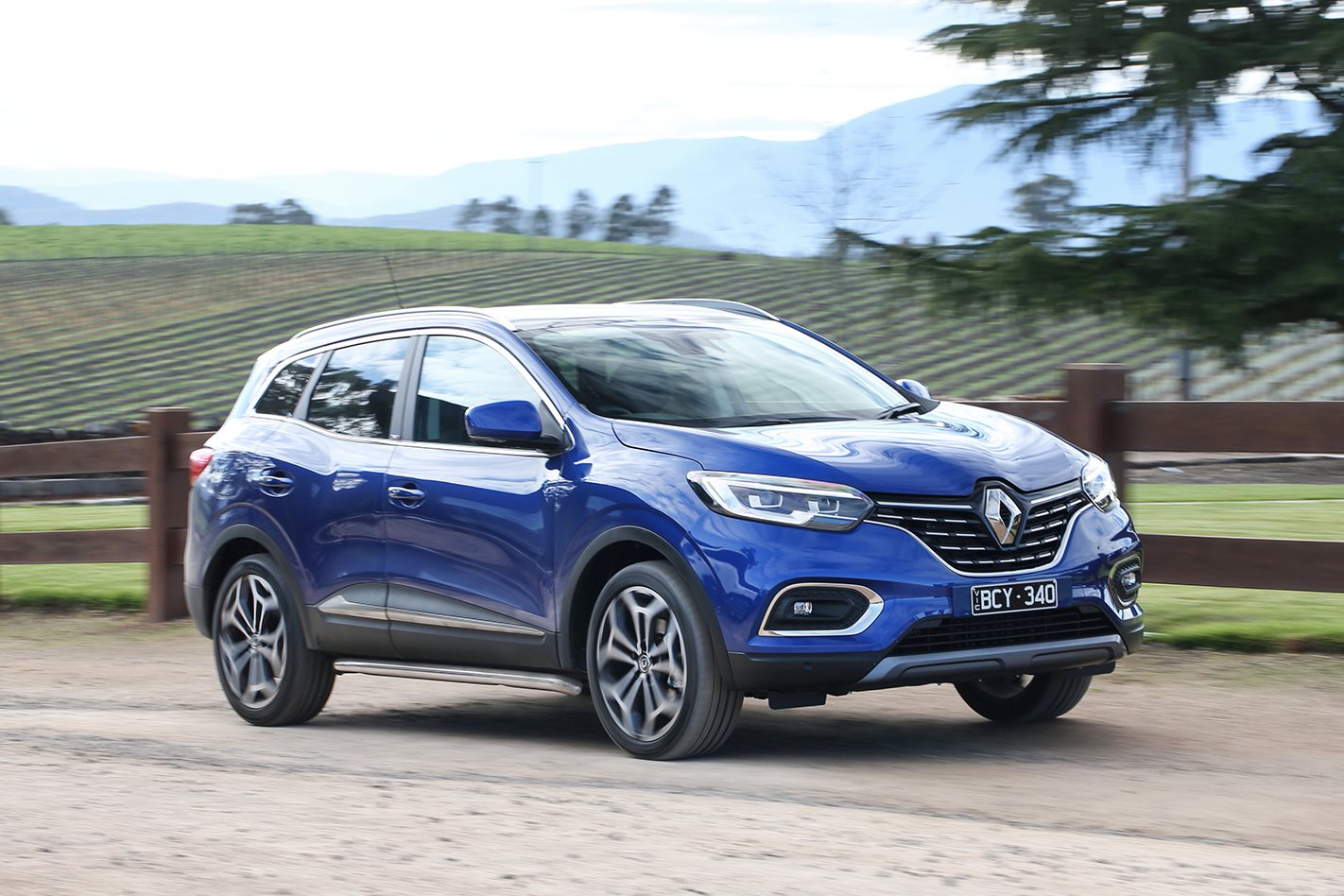 First launched overseas in 2015, it recently underwent a significant update and it’s the new model that arrives in Australia in three spec grades: with the Life and Zen and Intens retailing for $29,990, $32,990 and the Intens capping the range at $37,990.

Meanwhile the Nissan Qashqai is an almost-identically-sized five seat small SUV aimed at young singles or those with up to two young children. The range-topping Qashqai Ti is powered by 2.0-litre engine and is front wheel drive like the rest of the range. It retails for $37,990 and brings plenty of extras over the entry-level ST that’s more than $10,000 cheaper. 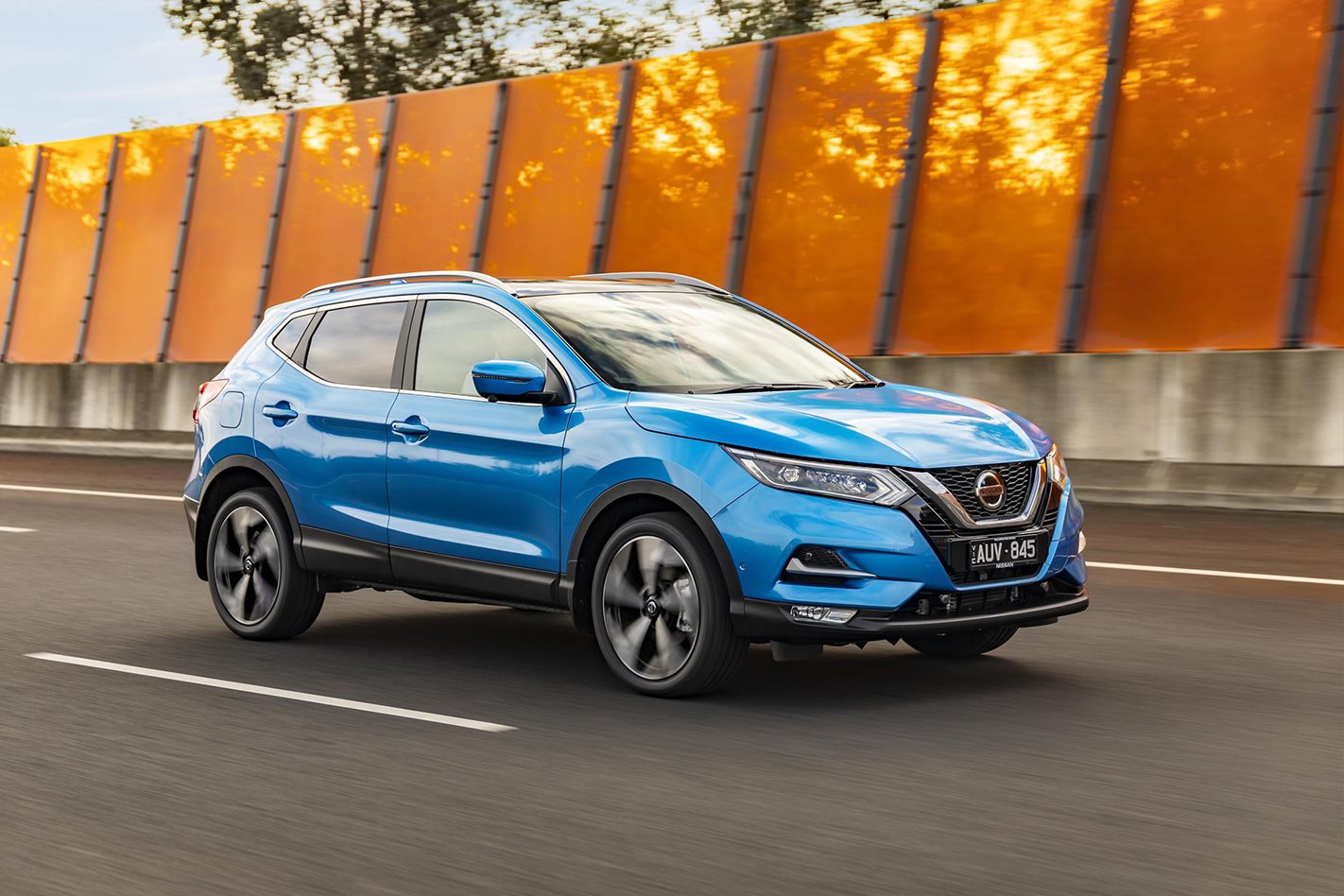 Now here’s the interesting part: the Renault Kadjar is largely based on the Nissan Qashqai, using the same basic architecture and suspension, but adding significant differences including a punchy 1.3-litre turbocharged engine sourced from Mercedes-Benz, enhanced infotainment and more sophisticated interior design.

The Kadjar is a comfortable and well-equipped small SUV, particularly when you get to the higher-grade Zen and Intens versions.

It features a 7.0-inch touchscreen with Renault’s R-Link 2 infotainment system that incorporates in-built satellite navigation and Android Auto/Apple CarPlay. The infotainment menus are easy to follow, but the screen seems a little small by contemporary standards, particularly when trying to view reversing camera images. 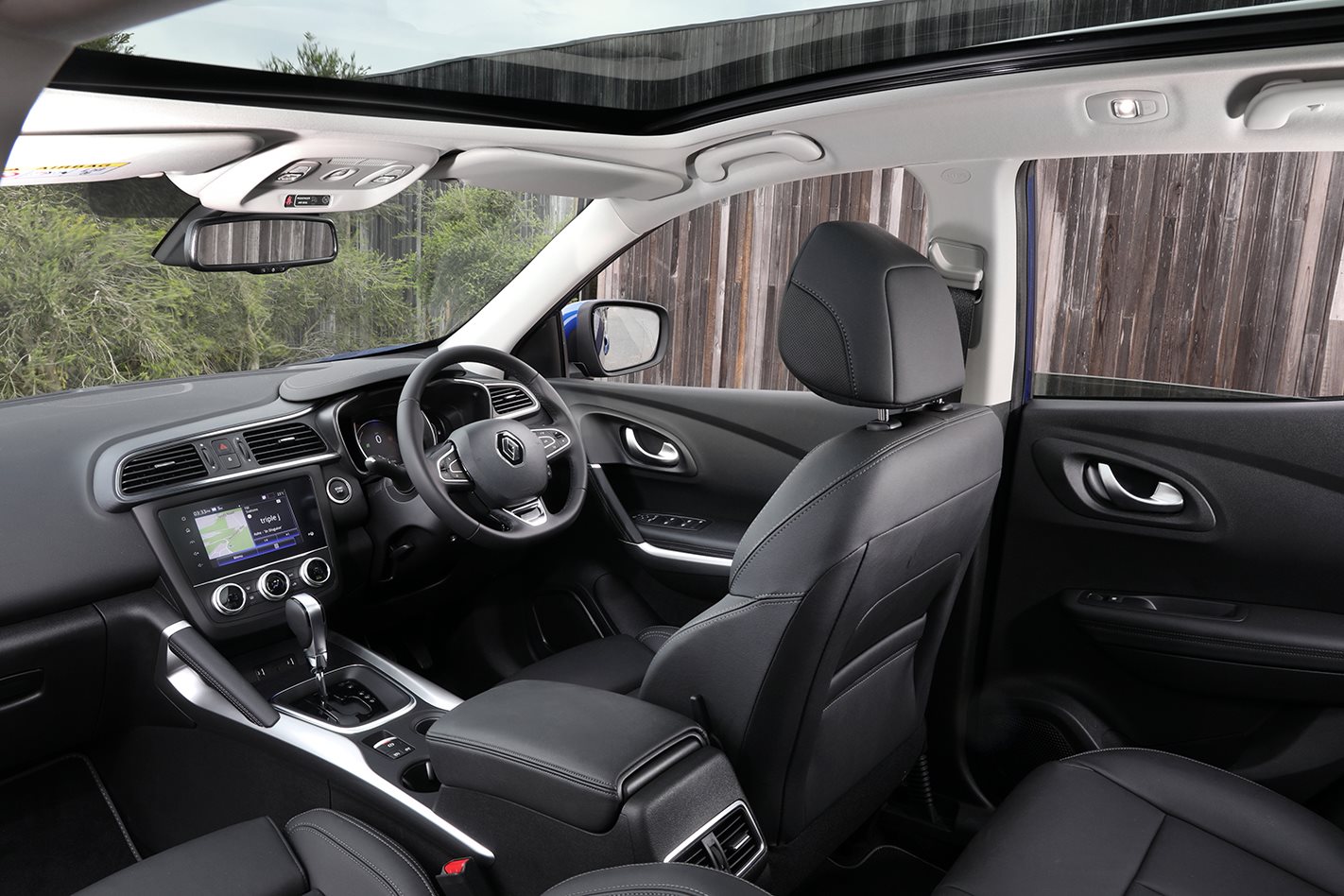 The interior is stylish and European in feel, while the digital instrument panel looks sharp and offers a choice of designs and layouts.

The Intens’ leather-appointed front seats are heated and feature deep side and hip bolsters with the bottom cushions extending to provide under-thigh support. The driver’s seat has power adjustment including lumbar support.

Rear legroom is reasonable for a small SUV and rear-seat passengers get their own heating/cooling vents, two USB ports and a 12-volt socket.

In-car storage is generous, with map pockets behind each front seat, door bins that hold 1.5-litre bottles, and two cupholders in the fold-down centre arm rest. Side vision is good despite the rising shoulder line. 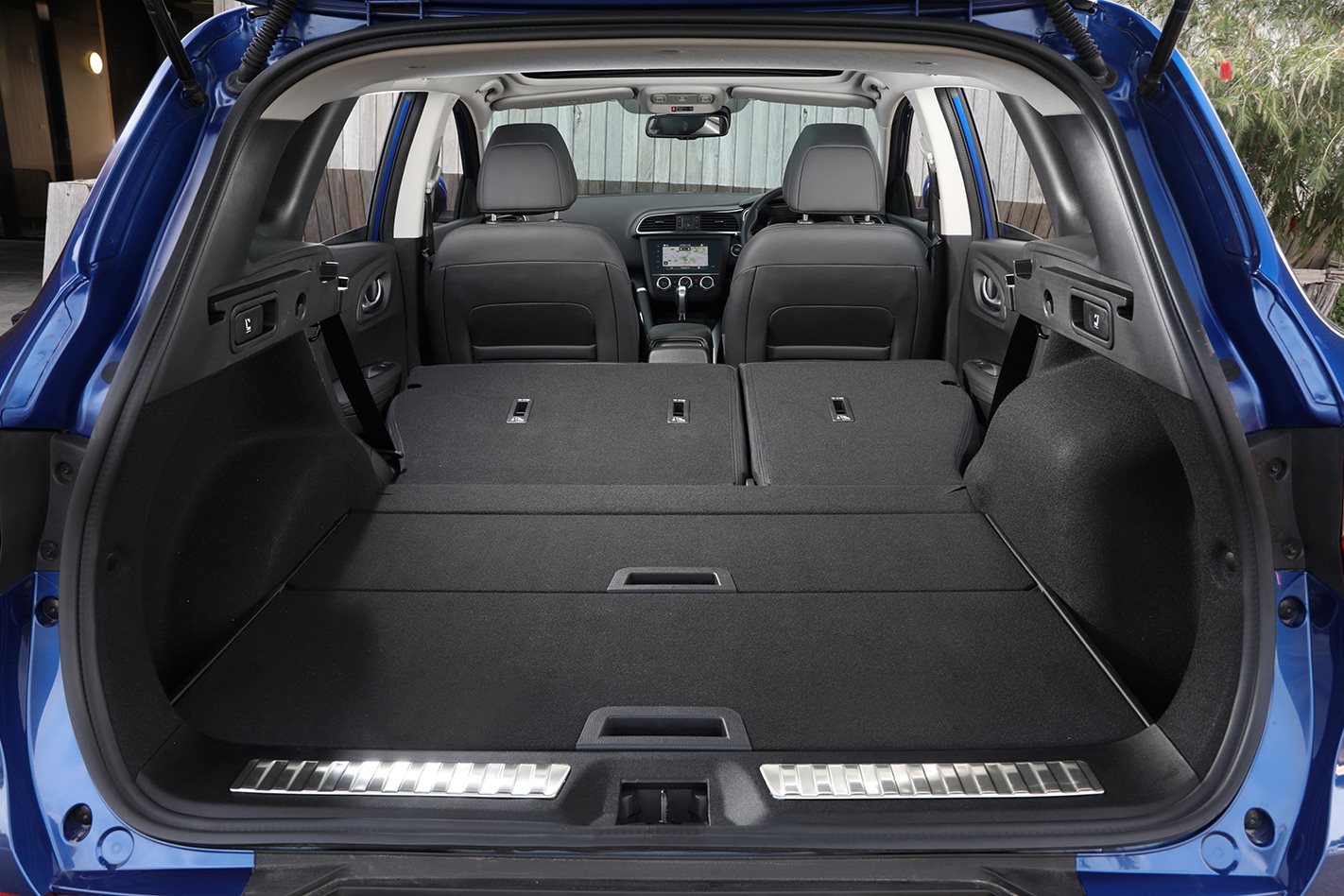 The 408-litre boot space is 22 litres smaller than the Qashqai but it shares the UK-built SUVs split boot floor system. The 60:40 split seats can fold down instantly using catches in the boot space to extend cargo carrying capacity to 1478 litres.

Cabin noise is remarkably low, there’s little wind noise and you only really hear the tyres on coarser surfaces. 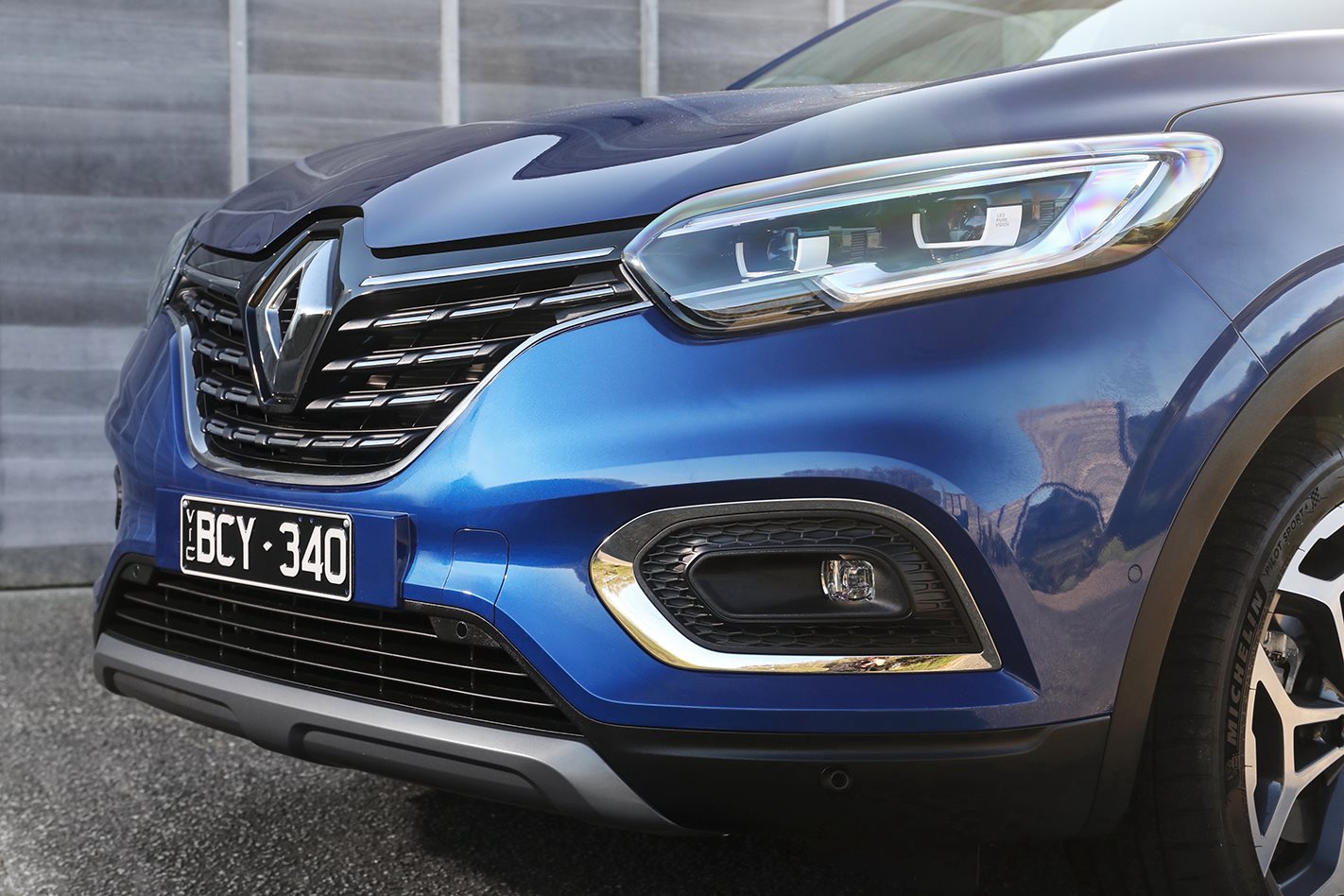 The Intens also comes with a range of desirable premium features including a Bose sound system, ambient lighting, puddle lights, chrome exterior trim, and a panoramic sunroof just like the Qashqai Ti’s. 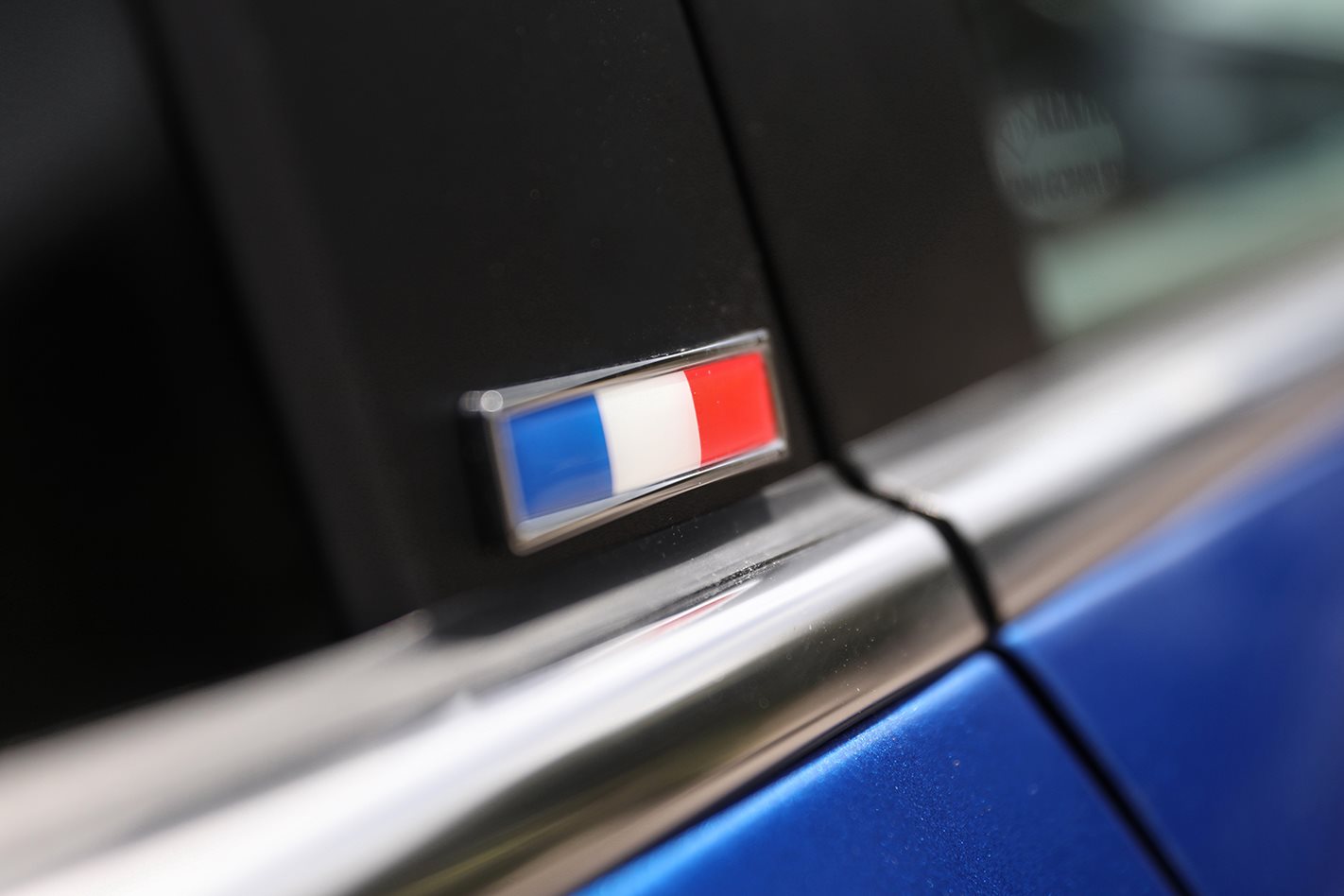 Each Kadjar variant is covered by a five-year, unlimited-kilometre warranty, with five-year capped price servicing and free roadside assistance available.

The Qashqai’s interior is surprisingly spacious; with good rear legroom (which oddly feels roomier than the Kadjar)  and a handy 430-litre boot that’s among the biggest in its class.

S 7.0-inch screen displays the in-built satellite navigation and incorporates a digital radio tuner, while the Bluetooth syncs quickly. It does lack the convenience of  Android Auto/Apple CarPlay however, and the graphics are a little dated. 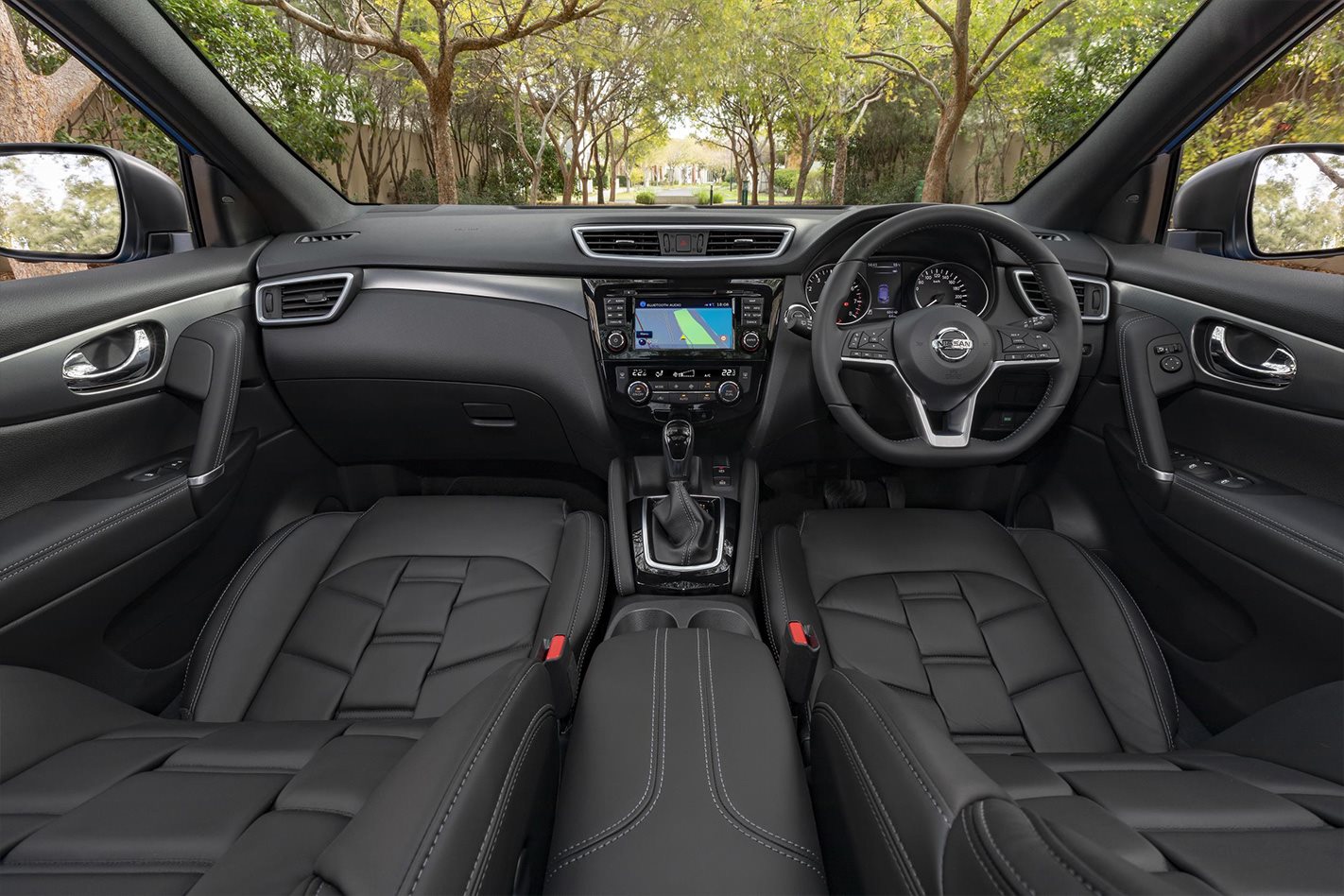 One nice feature though is how the sat-nav brings up turn-by-turn directions on the multi-function display in the gauge cluster, which lets you keep your eyes forward.

At night, the interior lighting and display panel are easy to navigate, as are the big analogue gauges.

The panoramic sunroof is a definite highlight for passengers and driver alike and is great for keeping kids entertained on longer trips.

The most expensive Qashqai has broad, distinctively patterned Nappa leather-accented seats, with heated front-seats and power adjustments for the driver. 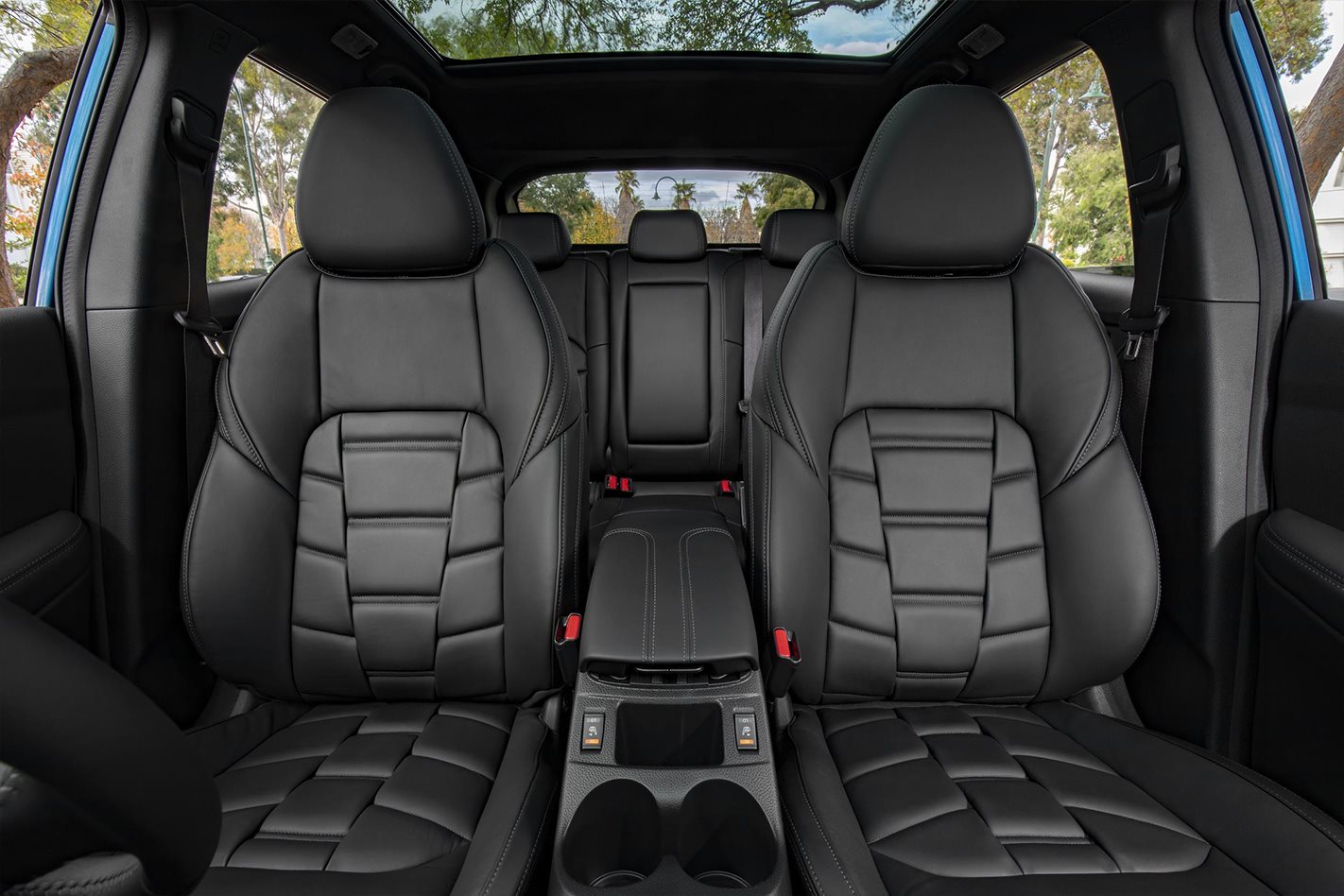 The 430-litre boot can be expanded significantly to 1596 litres, thanks to 60:40 easy-fold rear seatbacks, although they do not fold completely flat. There’s a clever removable shelf which can be used to create a slim secondary space hiding delicate or valuable items, and the shelf can also be locked in vertically to divide the boot. 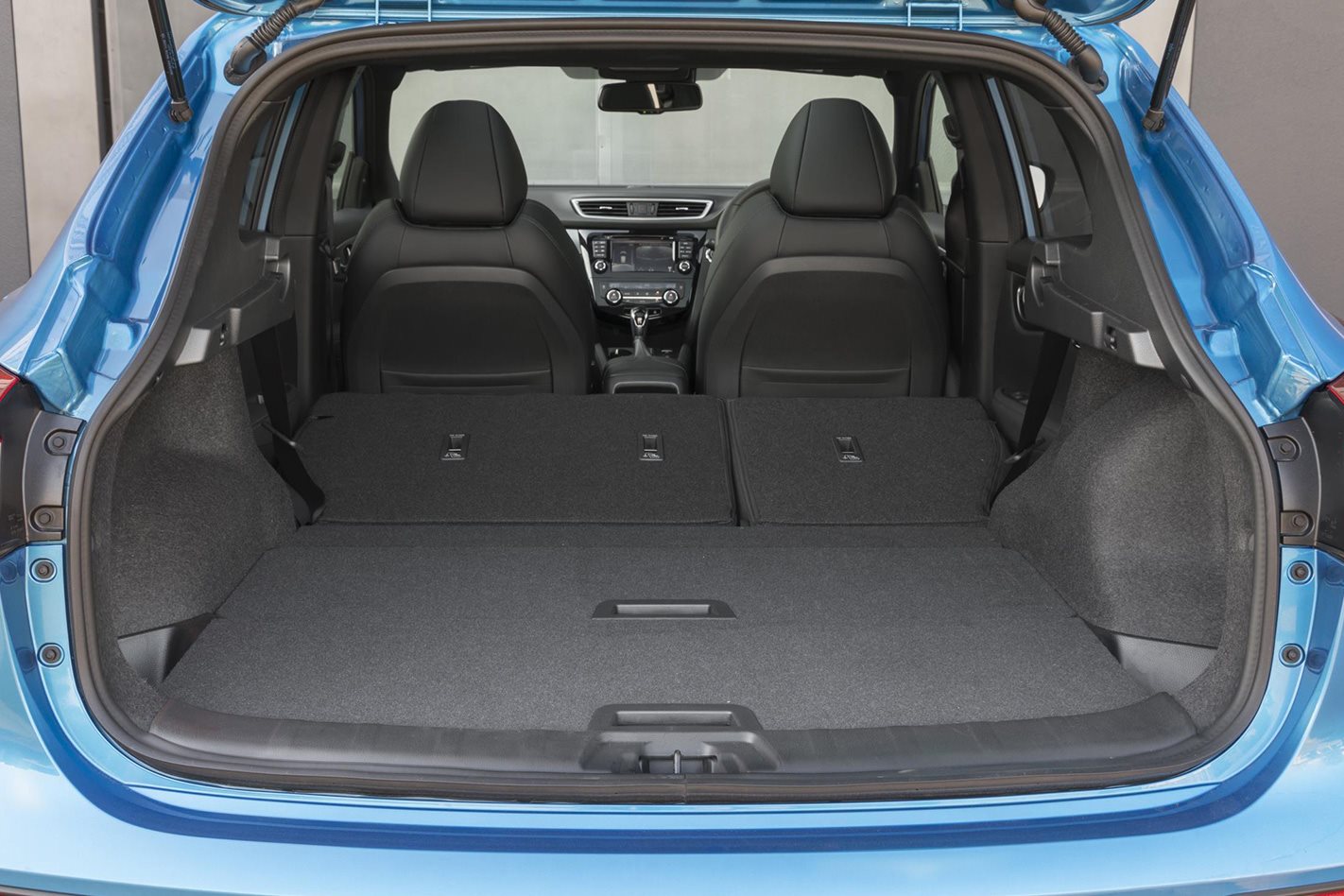 The 2.0-litre engine consumes 6.9 litres of petrol per 100km when teamed with the continual variable transmission (CVT), according to official testing, with that figure taking into account urban and country driving.

The Nissan Qashqai is covered by a five-year, unlimited kilometre warranty

The name Kadjar is a play on the French words for “agility” and “four-wheeled”, which is a fair description of Renault’s small SUV.

Like the Qashqai, it’s enjoyable to drive, with the 117kW/260Nm 1.3 litre turbo giving the French car (that’s built in Spain with a German engine) some added zip – and a key point of difference to its Japanese cousin. 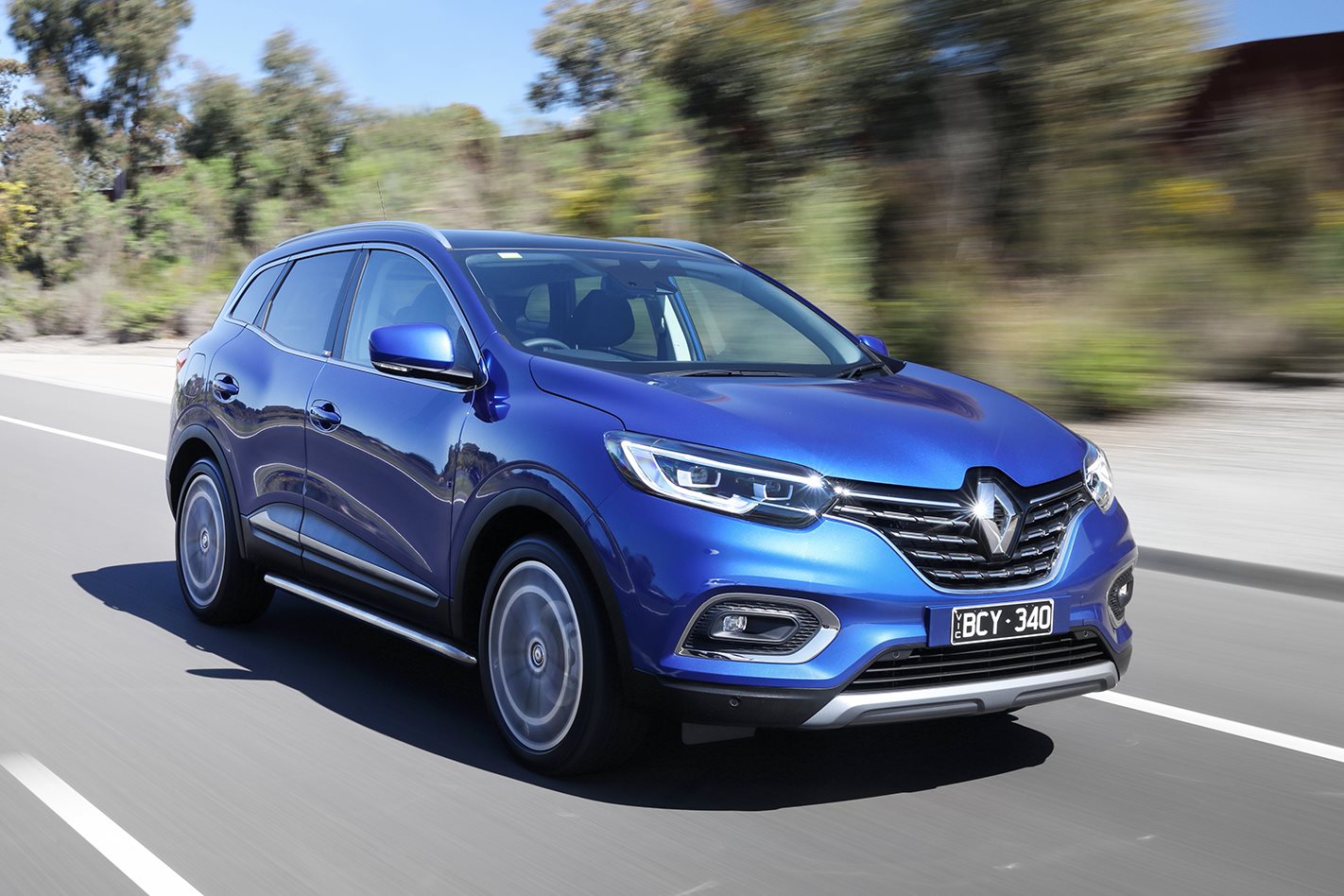 The engine is similar to the one found under the bonnet of the Mercedes-Benz A200, but with a slightly different tune. As in the Benz hatch, it’s coupled to a seven-speed dual-clutch automatic transmission, though this is a Renault gearbox that’s also found in the Alpine A110. One of the issues with the small Mercedes is considerable lag when you put your foot down – you don’t get that in the Kadjar. 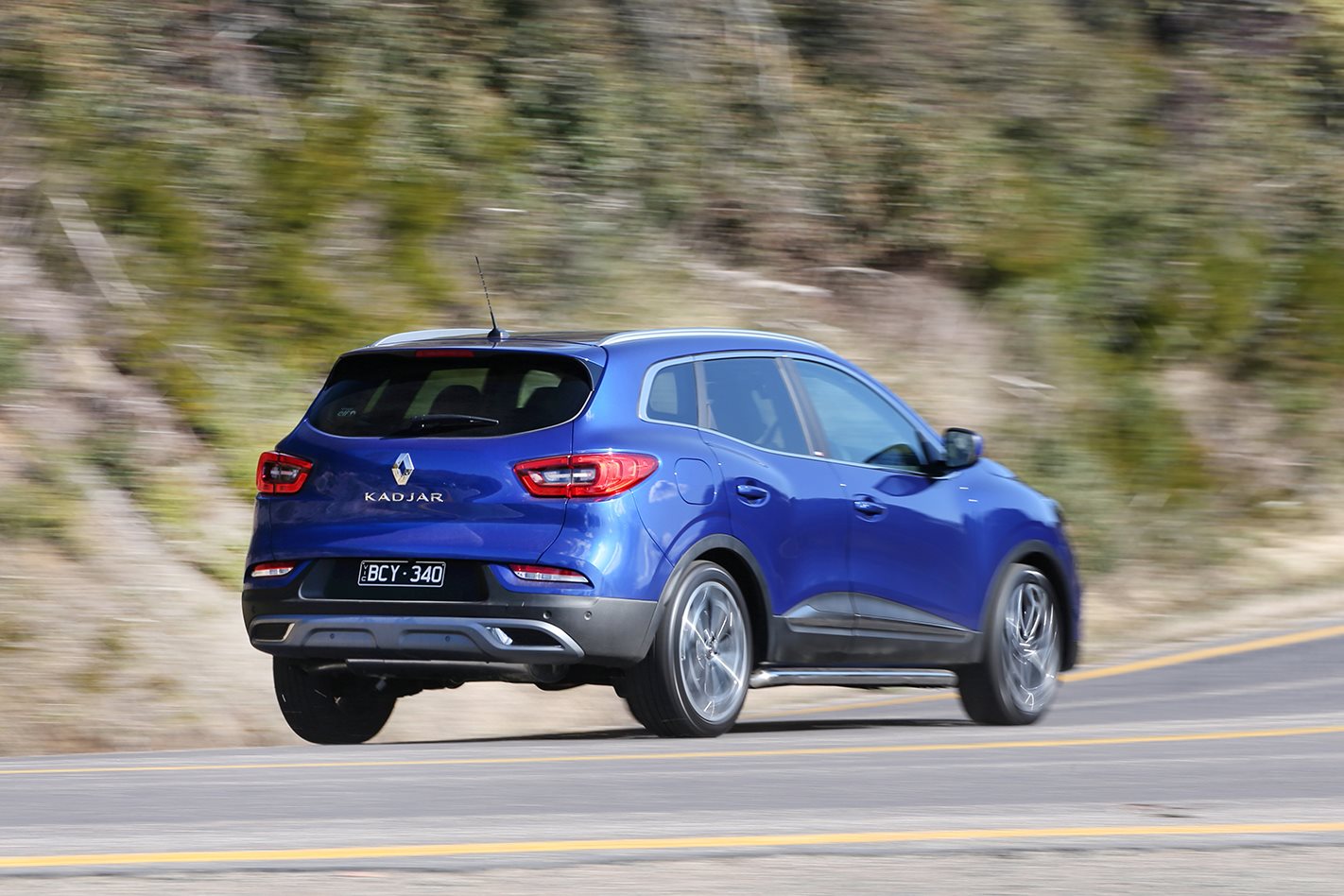 The front-wheel-drive Kadjar accelerates from zero to 100km/h in a relatively tame 9.6 seconds, but is nevertheless about half a second quicker than the 2.0-litre Qashqai. It’s very good with stop-and-go city driving, which isn’t always the case with dual-clutch shifters, and it feels quite eager once you get beyond 60km/h. 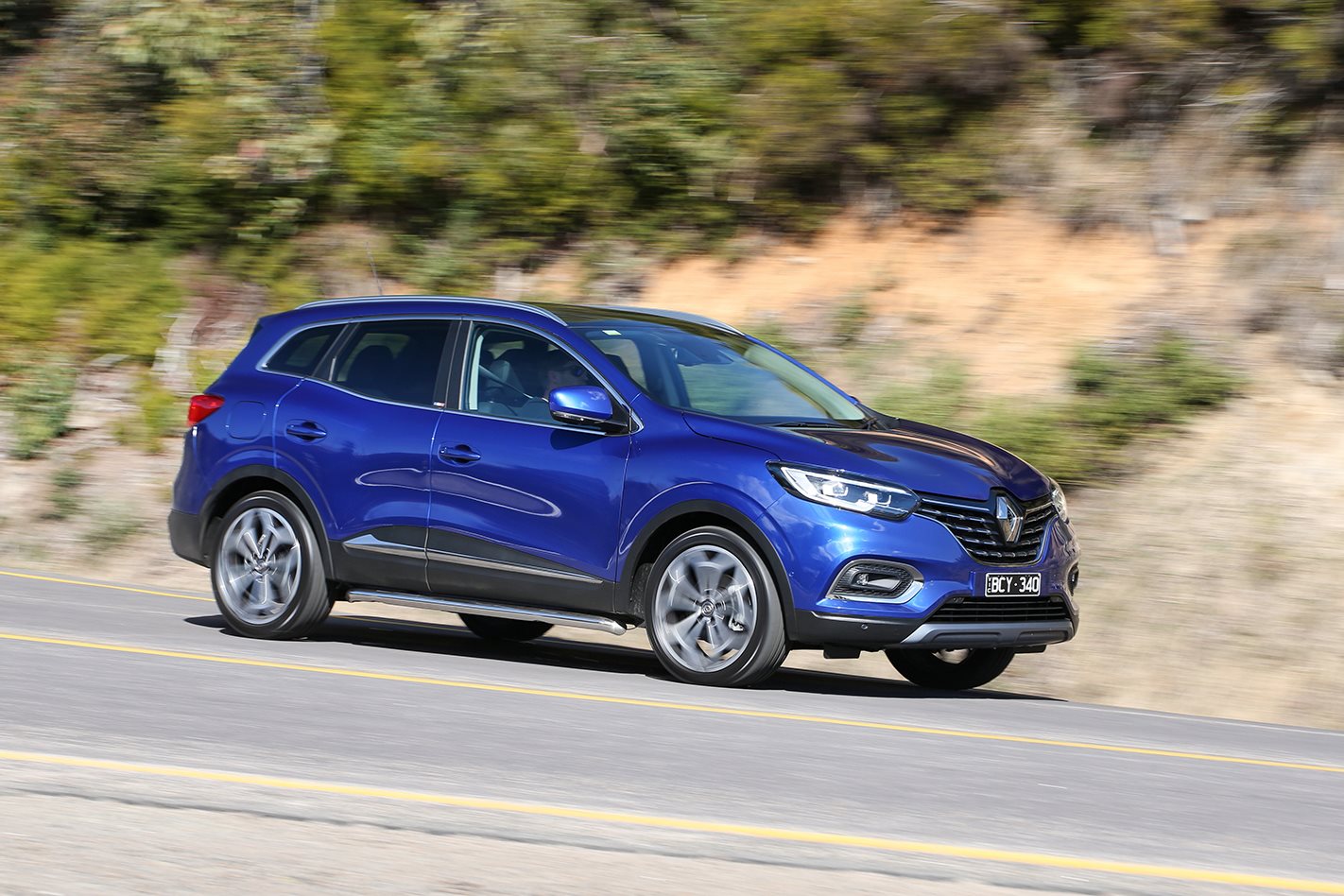 The comfortable ride is unruffled by country roads including gravel, but the handling loses composure on bends with noticeable body roll and light steering that feels disconnected from the front wheels. Unusually, this is more pronounced with the Intens’ 18-inch wheels, while the 17-inch deeper tyre walls in the Life and Zen variants provide a little more feeling through the steering wheel.

That said the steering is fast and comes into its own about town, which helps make the Kadjar very easy to park, negotiate tight spots and live up to its promise of agility.

The front-wheel-drive Qashqai is powered by 106kW/200Nm naturally aspirated 2.0-litre four cylinder petrol engine paired with a continuously variable transmission (CVT) auto. It feels a tad slow at take-off but once it gets going the acceleration is smooth, and there’s more than enough power in reserve at freeway speeds. 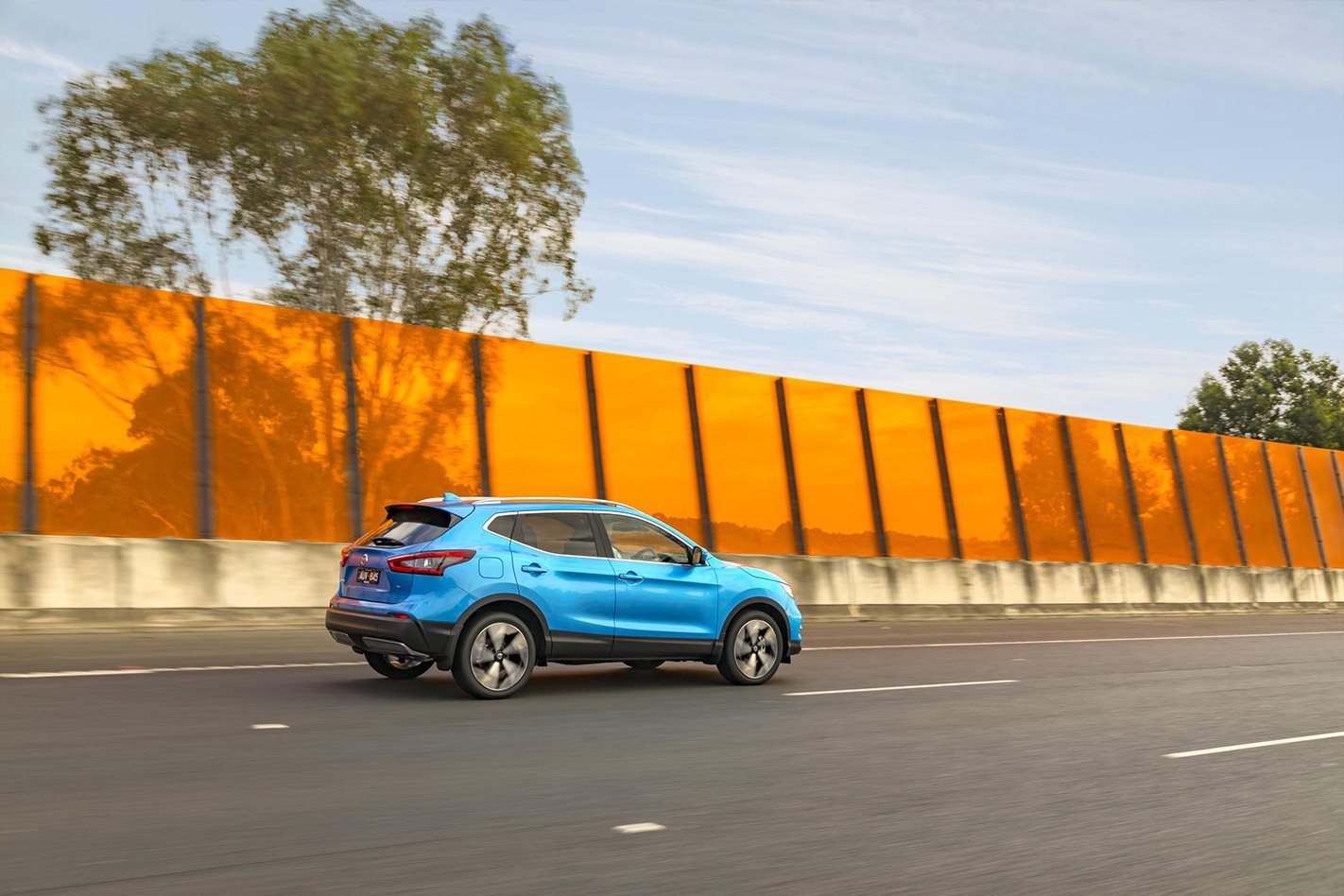 It doesn’t lean much in bends, something that helps it feel planted on the road and responsive to driver inputs. It’s fun and drives more like a good car than a higher-riding SUV.

The Ti models riding on the slightly wider, lower-profile tyres respond quicker to steering inputs, though you don’t get enough feedback from the tyres through the wheel. 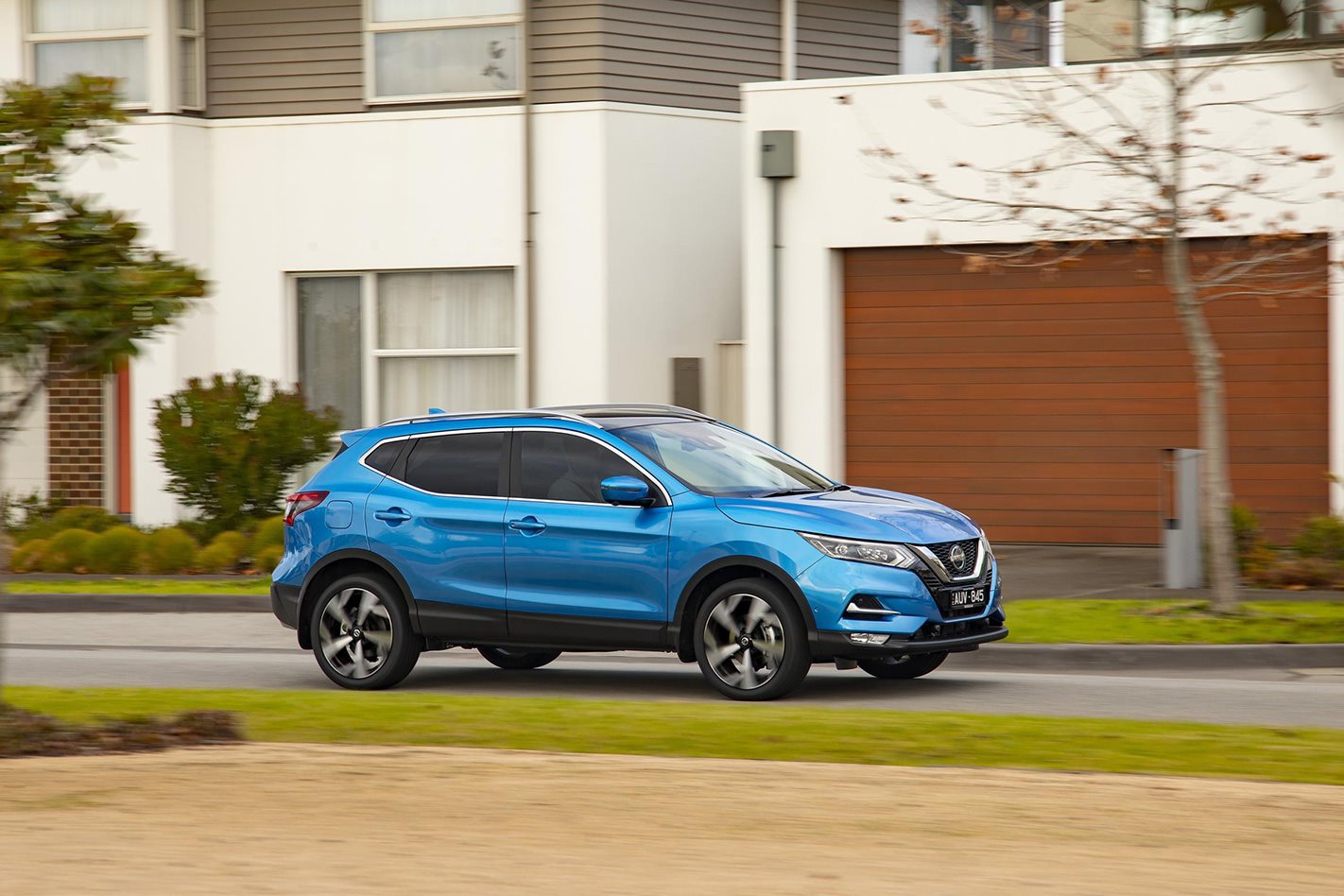 The Qashqai’s small footprint makes it a breeze in shopping centre carparks. It’s small enough to fit into the smallest of car spots. You’ll never have trouble parking this – there are sensors on every corner and reversing camera with overhead view. If for some reason you’re still having trouble the Ti has hand-free automatic parking assist.

Both these cars top their respective ranges with the same retail price, which allows us to compare apples with apples.

The Qashqai manages to provide more rear legroom and boot space, but not enough to make a noticeable difference. It also has better road holding through bends than the Kadjar, but both have comfortable rides even on rougher roads and are smooth, quiet and nimble ride around town.

The $37,990 retail price brings a few key features to the Qashqai that aren’t available in the Kadjar such as adaptive cruise control, surround-view camera, and plusher Nappa leather seats. 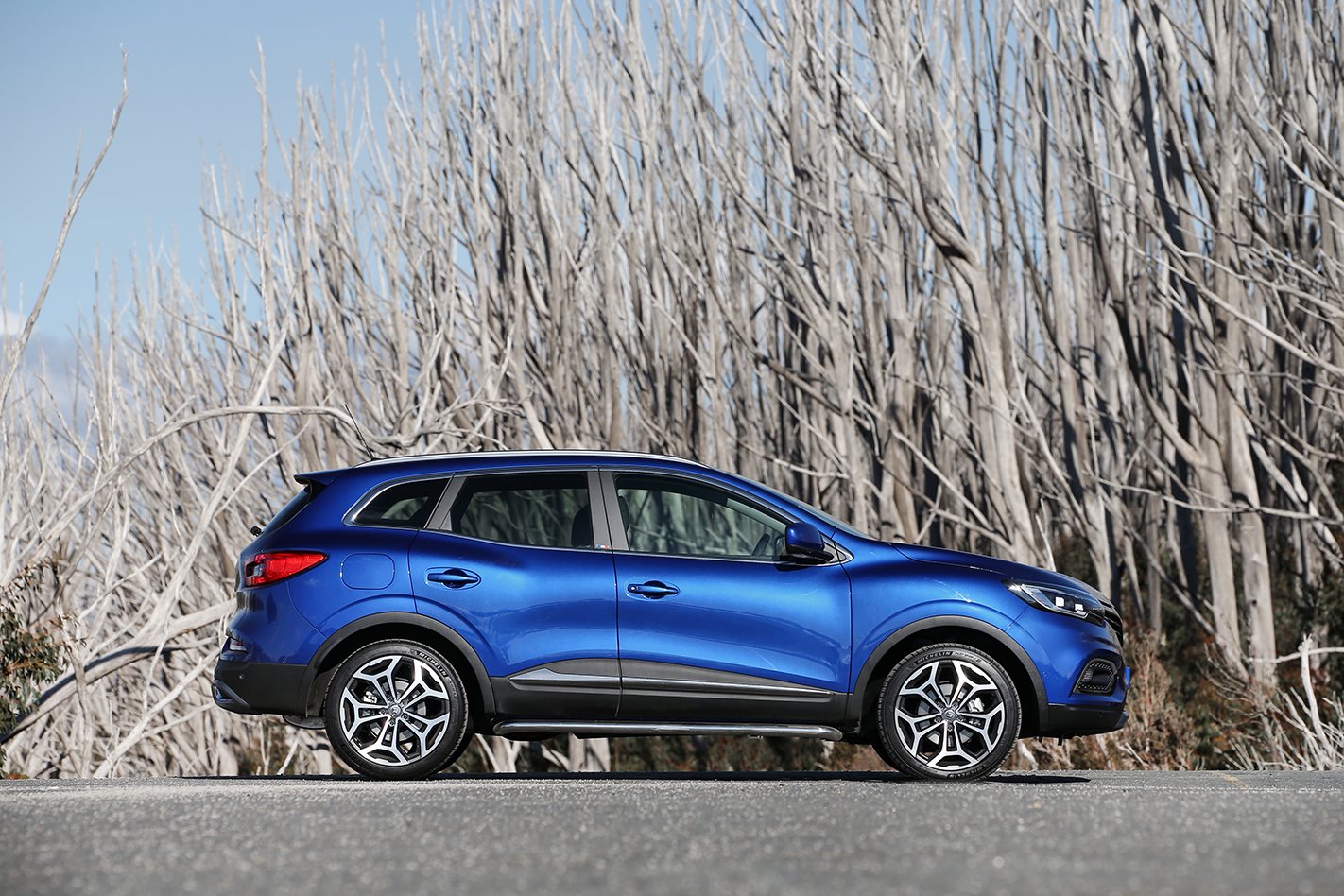 However, the Kadjar feels like a newer generation car, with its stylish interior, more sophisticated and efficient 1.3-litre turbo/dual-clutch powertrain, digital gauges, rear-seat vents and USBs, combining with a superior infotainment system to make the Renault a more compelling buy. 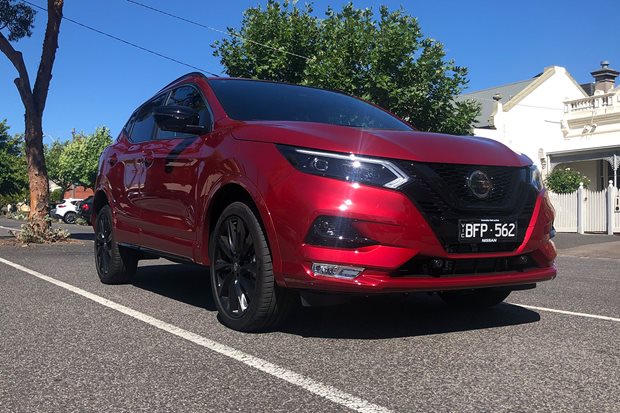