The new Land Rover Discovery has made its official debut in the UK, and broken a Guinness World Record at the same time.

WHILE the rest of the world set its sights on Paris for the big reveals at the motor show over the next couple of days, Land Rover instead opted for a glamorous unveiling of its new Land Rover Discovery 5 on home turf in the UK.

With the help of a Guinness World Record-breaking, 13-metre-high Lego replica of London’s Tower Bridge, along with celebrity Land Rover owners Bear Grylls, Sir Ben Ainslie and Zara Phillips, details around the new Discovery were finally revealed, after weeks of hints and leaks. 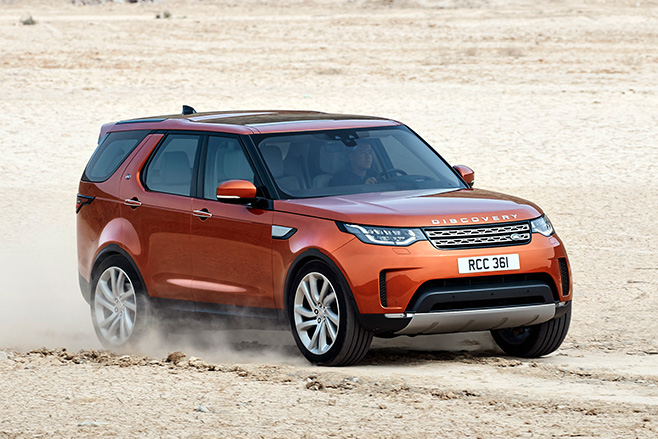 The Discovery 5 comes with better design and more technology than before, offering families the versatility, comfort and power expected of a premium SUV. Land Rover describes it as an SUV for the “digital age” thanks to “ingenious technology [that] keeps your family safe, connected and confident on all surfaces, all terrains and in all weathers to ensure your destination is reached”.

Offering a full-time four-wheel drive and two all-wheel drive systems, the fifth-gen Disco continues Land Rover’s ‘Above and Beyond’ legacy. It’s got 283mm of ground clearance, which can be raised 75mm or lowered 60mm thanks to its adjustable air suspension.

An aluminium monocoque body construction makes the new Disco 480kg lighter than the Discovery 4, and contributes to improved fuel economy and dynamics. 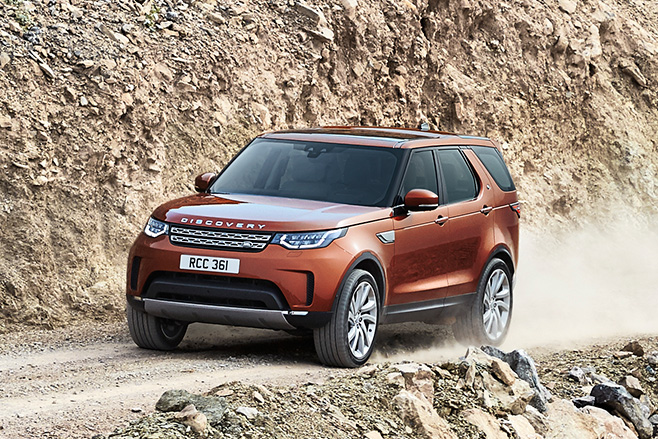 Power aside, the Discovery also comes with a range of new technologies, including semi-autonomous safety technology, Hill Start Assist, and Engine Drag Control, which sends more torque to the wheels to stop them from locking up while braking in slippery conditions. 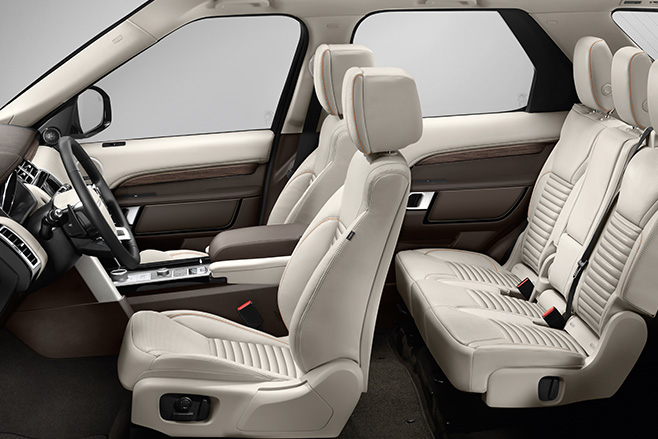 Up to nine USB ports can be featured for those who choose the rear entertainment package, while standard models will have seven. A waterproof Activity Key is also a relatively new concept, allowing drivers to leave a deactivated key in the car while off exploring, or even swimming.

The new Discovery includes Jaguar Land Rover’s InControl Touch Pro infotainment system, which features a 10-inch touchscreen, navigation (which connects to a smartphone for journeys on foot), a 14-speaker Meridian digital surround system, WiFi connectivity, and Apple and Android compatibility, which includes a suite of apps and control of the Intelligent Seat Fold functions.

The Intelligent Seat Fold is one of the more savvy and unique features in the Discovery. It allows the second and third row to be configured in four ways via a control button in the boot, or remotely via a smartphone app. It also includes sensors to ensure no one is sitting in the seat and nothing is loaded above it. 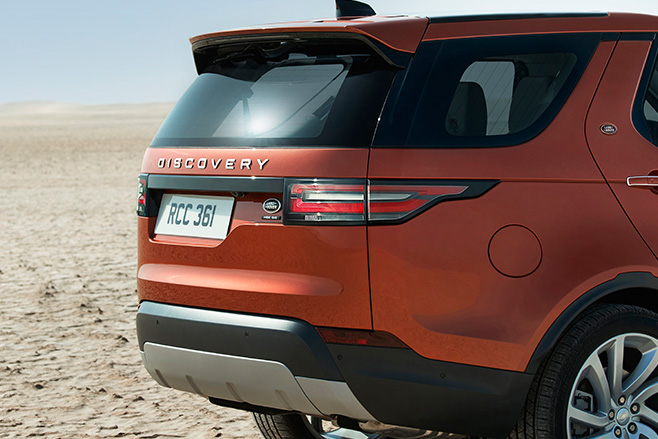 Land Rover claims the Discovery 5 comfortably seats seven full-sized adults, and all three rows offer heated seats – a first for this segment. The first- and second-row seats also have cooling, and there’s a massage function for the front seats.

Replacing the previous split-tailgate is an electric single-piece tailgate that can be controlled via key fob or gestures. It incorporates a fold-down section that deploys when the tailgate is opened, and can hold up to 300kg.

As we revealed from leaked images, the design of the Discovery is also changing, moving away from its signature boxy look to a more stylish, rounded body.

Priced from $81,590 for the TD4 SE, the fifth-generation Land Rover Discovery will go on sale in Australia from July 2017.