Alfa Romeo will debut a new addition to its Giulia range at the Paris Motor Show next week, with the Giulia Veloce adding a slightly sportier flavour to garden-variety variants of its all-new midsize sedan and bridging the gap between them and the high-performance Giulia Quadrifoglio.

In Europe, the Giulia Veloce will be available with a 206kW/400Nm 2.0-litre petrol turbo or a 155kW/470Nm 2.2 litre turbodiesel, both taking drive to all four wheels via a standard eight-speed automatic.

Other upgrades include a rear diffuser pinched from the high-performance Giulia QV, four-piston fixed front brake calipers, five-spoke 19-inch alloys, leather-clad sports seats and a smattering of aluminium trim across the interior. 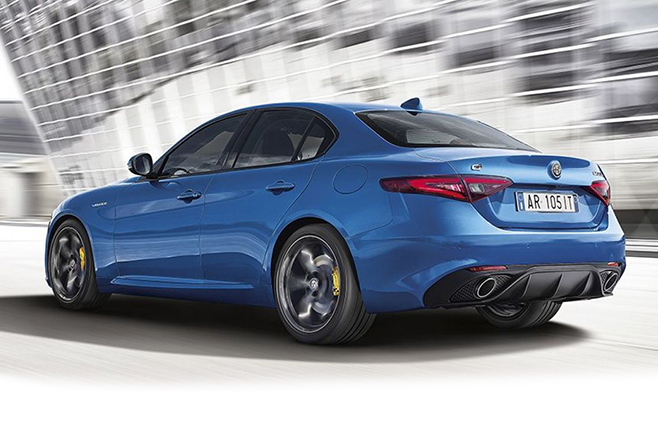 While Fiat-Chrysler Australia has yet to confirm full specifications for the local Giulia range, WhichCar understands the Veloce grade will be part of the family when the Giulia launches here in the first quarter of 2017.

However, there will be some differences. The Giulia’s Q4 all-wheel drive system – which sends 100 percent of drive to the rear wheels until traction loss is detected – is not compatible with a right-hand drive firewall and thus unavailable for our market. Aussie Veloces will be rear-drive only. 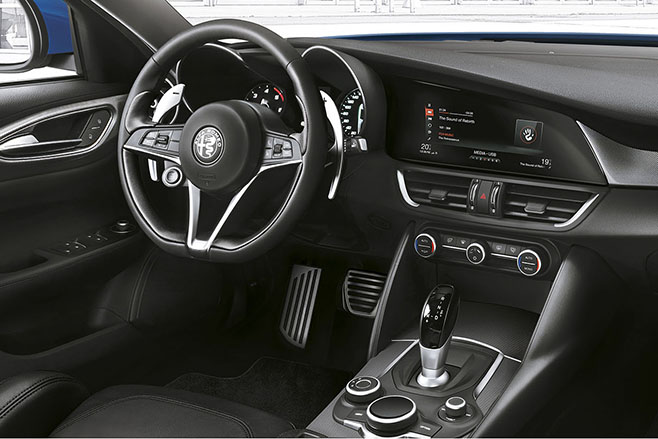 As for powertrains, it’s not yet clear whether the grunty Veloce diesel will be available here – while Alfa Romeo Australia will have a diesel-drinking model in the Giulia lineup, it will likely be the lower-output 132kW/450Nm unit.

The 206kW petrol motor, however, is a likely starter for Australia.

The Alfa Romeo Giulia Veloce will make its first public appearance at Paris at the start of October before going on sale in Western Europe, the Middle East and Africa. Local specifications and pricing will likely be released early next year.