Jag’s two-seat coupe and roadster join the look-at-me generation with the ability to take GoPro-sourced selfies.

The Jaguar F-Type gains fresh looks and an entry-level dynamics package as part of an update that includes the ability to take on-the-fly selfies.

The sharper looking Porsche Boxster rival receives a mild makeover that will add even more visual differences between models, introduce LED headlights that use the daytime running lights as indicators, and replace heavy seats with slim, lightweight ones that reduce some of the F-Type’s bloat – one of the main criticisms of the all-aluminium roadster and coupe range. 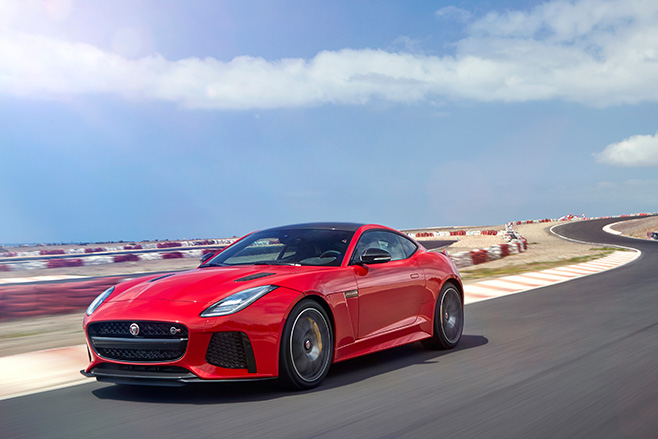 Across the range, the F-Type adds model-specific bumpers to create a “clearer visual ... differentiation” so those lusting after the badge will know after a quick glance at the front whether you’ve bought a cheaper one.

The F-Type also adds semi-autonomous parking for the first time, using sensors to map out a parking space and then steering itself into the slot. 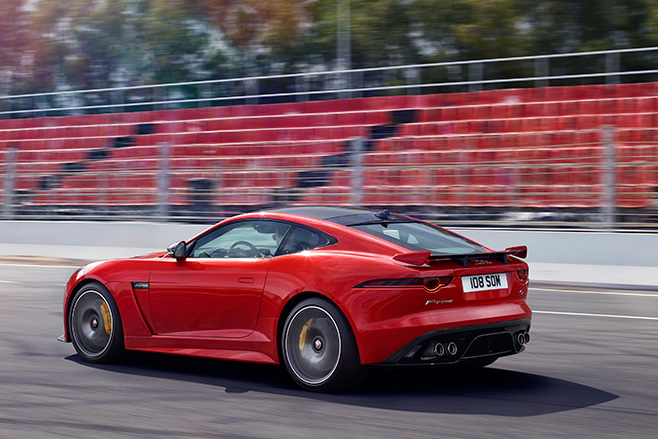 But the most interesting addition to the range, due on sale in Australia from about June, is the ability to integrate a GoPro camera with the car’s nervous system. Thankfully, the F-Type’s in-car software has also had a major makeover, replacing the blocky graphics with something more in tune with a modern-day sportscar.

The GoPro works with an app called ReRun, which blends real-world footage captured by the camera with a video game-like interface that shows the telemetry data gathered from the drive. It will even snip out highlights of the drive that can upload to social media at the press of a virtual button. 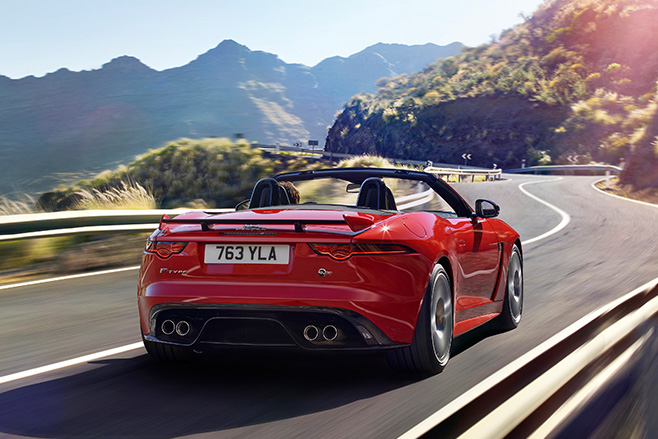 As well, Jaguar will launch a limited-run 294kW “400 Sport” version of the F-Type that will stay on sale for a year. The bespoke engine tune that straddles the performance gap between the V6 and the 404kW supercharged 5.0-litre V8 adds improved brakes, on-the-fly adjustable dampers and unique 20-inch wheels.

Everyone will know what you have: The 400 Sport will feature distinctive badging all around it, including the front splitter, the F-Type’s shapely rump, brake calipers, centre console, seats, scuff plates, and on the steering wheel.