THE 2017 Ford Fiesta has officially launched at the Geneva Motor Show, becoming the first three-cylinder car from Ford’s performance stable to wear the ST badge. 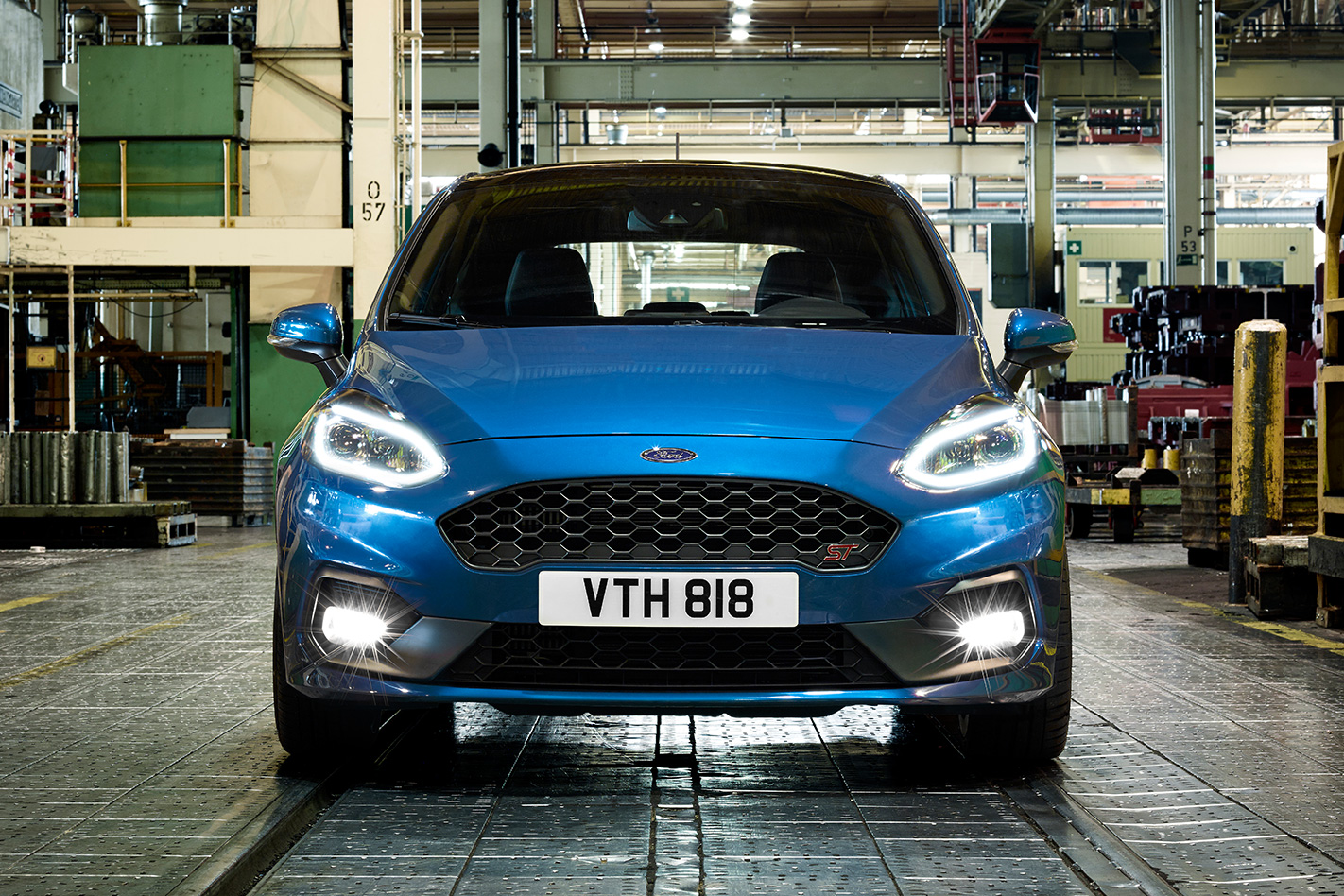 Based on the 1.0-litre three-pot used in the current Fiesta Sport the engine uses an integrated exhaust manifold that delivers torque faster by minimising the distance the exhaust gasses travel between cylinders and the turbocharger.

When that grunt isn’t needed, while coasting or cruising, the EcoBoost engine can run on two cylinders to save on fuel.

Emissions will be further reduced with the addition of a particulate filter that captures fine soot particles and prevents them entering the atmosphere.  These are common in diesel cars and are only just starting to enter the petrol realm with German luxury brand Mercedes-Benz leading the way. 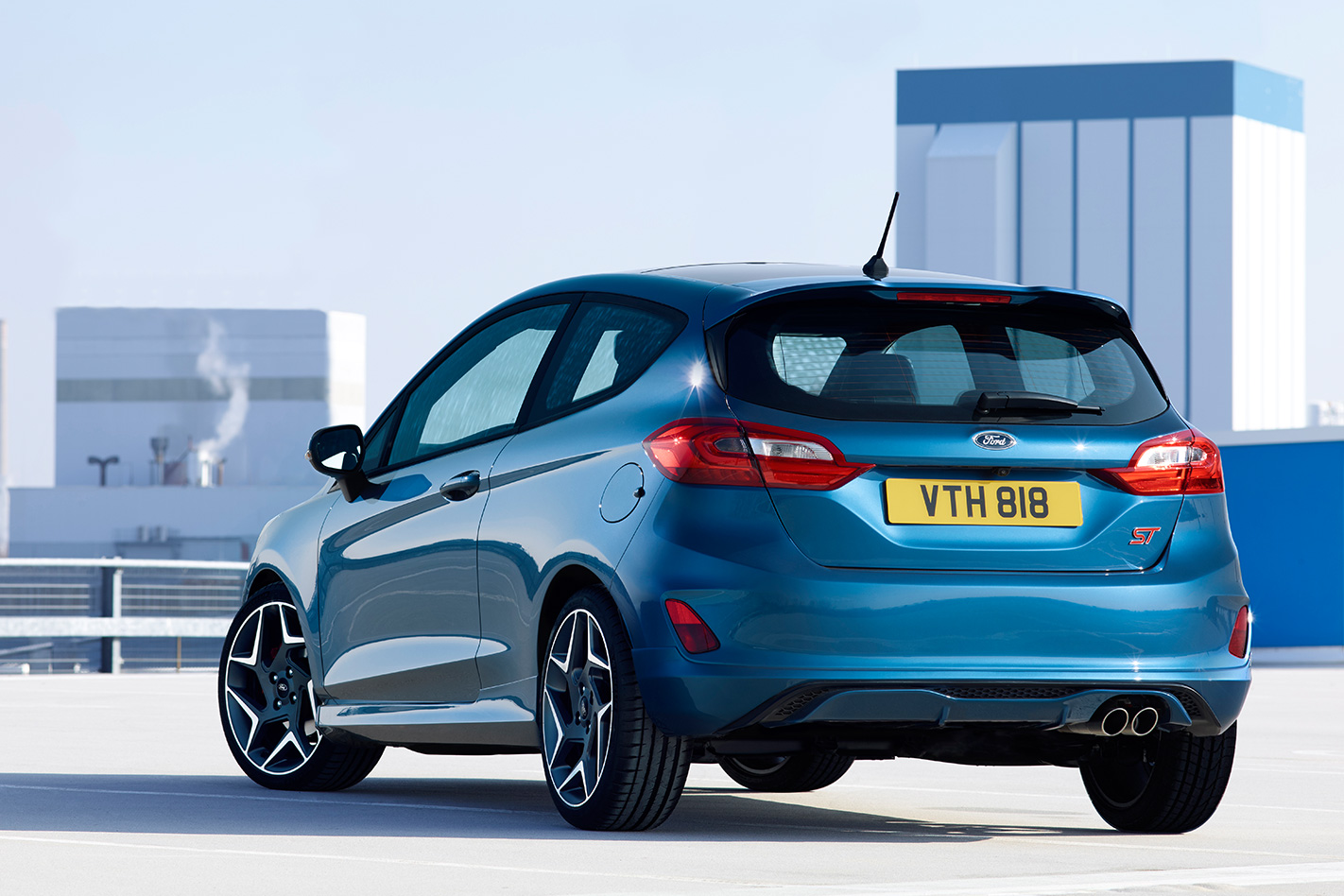 The Fiesta ST will also be the first Ford Performance vehicle with normal, sport and track driving modes, which all remap the engine, throttle and steering response accordingly. The Fiesta ST adds to the sensory experience by opening a valve to  “intensify” the exhaust noise while inside the cabin, the audio system pipes in synthetic sounds that make the three-cylinder sound a lot more grown up.

Ford is yet to divulge if the Ford Fiesta ST will still come with the six-speed manual transmission. 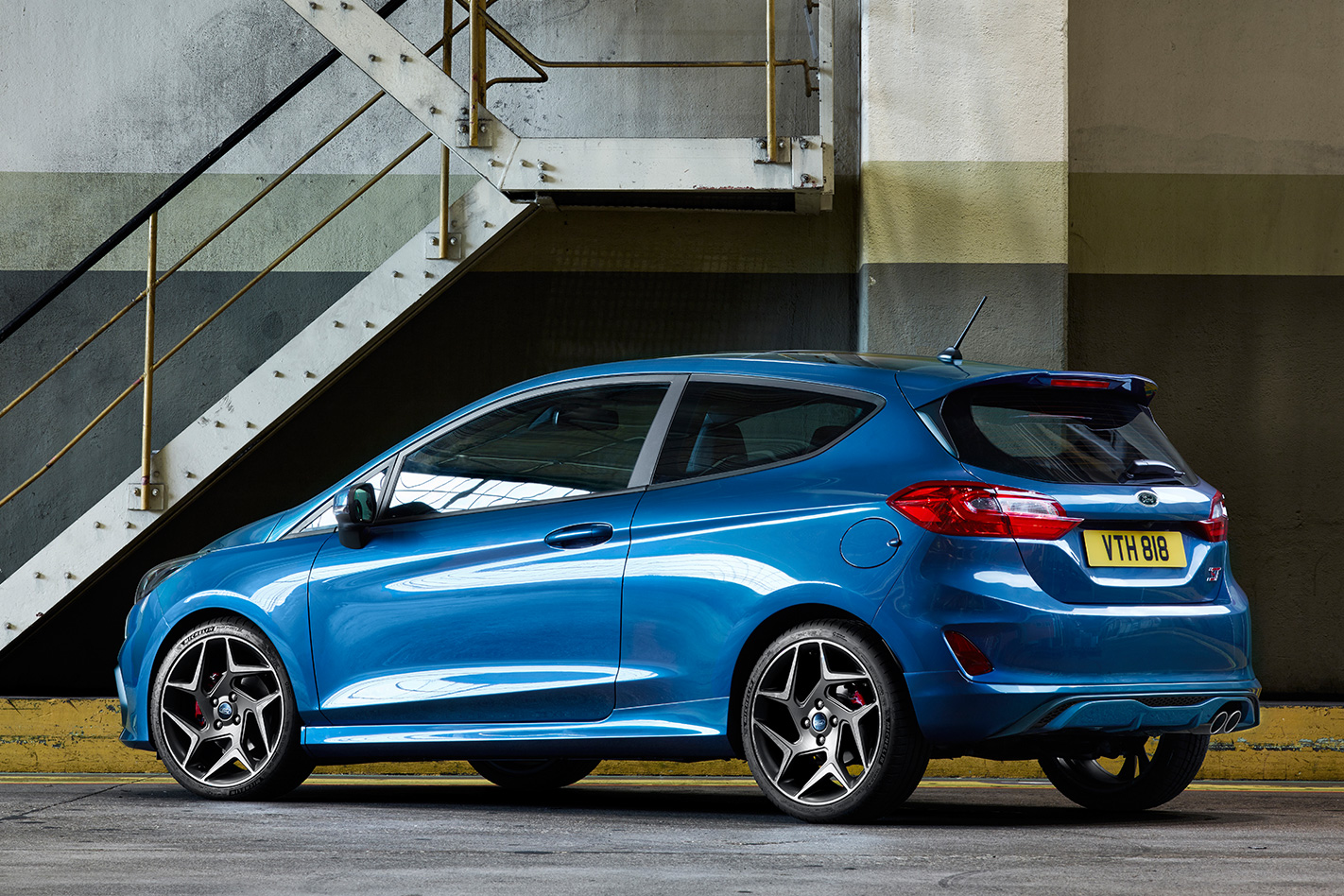 Three- and five-door versions are planned for Europe with the ST versions featuring race car-inspired grilles and unique 18-inch wheels.

Inside, the Fiesta ST will get a flat-bottom steering wheel that’s becoming something of a performance car signature, heavily bolstered Recaro seats and a long list of optional bits of trim and styling packs.

Ford Australia is still keeping mum about a local launch, but expect to see the all-new Fiesta in Australian showrooms in 2018.