THE Kia Rio is ditching its budget-car past with an all-new model that looks more premium inside and out.

Kia has released the first official images and details of its fourth-generation Rio, which will be shown publicly later in September at the 2016 Paris motor show before reaching Australia sometime in 2017.

There’s a Germanic influence to the straighter-lined, smoother-surfaced Rio that could see it easily confused for a Volkswagen Polo on first glance.

The new styling brings the Rio into line with other newer Kias, including a narrower but wider interpretation of the company’s signature ‘Tiger nose’ grille – now also integrated with new headlights. 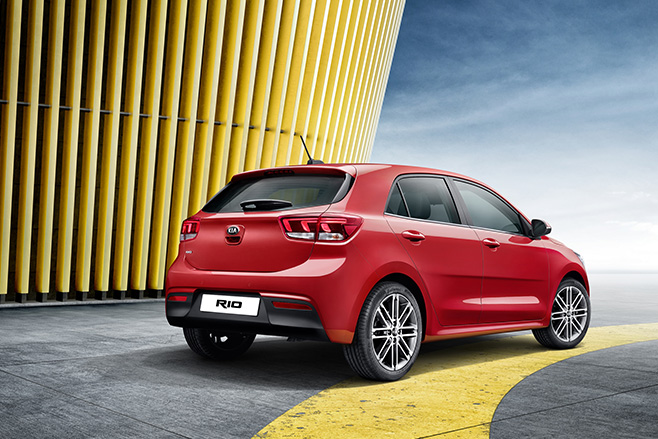 The rear of the car is more upright than before and features a shorter overhang. Length grows by 15mm to 4065mm, width increases by 5mm, the roofline drops by 5mm, and the distance between the front and rear wheels widens by 10mm.

There’s a five-door version only this time with the previous three-door dropped.

Kia has also taken the Rio’s interior upmarket, at least visually judging by its images.

The slightly random layout of the outgoing model is replaced with a more harmonious-looking cabin. Highlights include a chunky-rimmed steering wheel that just looks inviting to hold, stylishly designed controls, and a high-resolution colour infotainment display that protrudes from the centre of the dash. 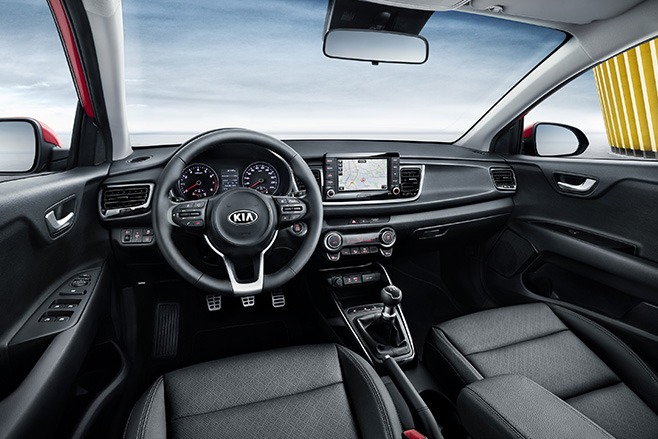 Black or grey cloth seats are standard, with the option to pay extra for artificial-leather seats in black, grey or red.

Kia is holding back further details such as mechanical specifications for now, though the Rio’s engine line-up is expected to be joined by a new 1.0-litre three-cylinder turbo.

A sportier GT model is also anticipated for the range.

The Kia Rio is the Korean brand’s best-selling model globally, reaching nearly half a million sales in 2015.

Local sales of the Rio have increased 17 per cent year to date, for a market share of 8 per cent in a segment that includes popular rivals such as the Mazda 2, Toyota Yaris and Ford Fiesta.