Everything you need to know about the upcoming Paris Motor show.

The Paris motor show for 2016 is shaping up to deliver a smorgasbord of hot new metal for car fans to drool over. There are a number of high-profile releases scheduled, including Mercedes-Benz’s all-electric Tesla fighter, and GT C drop-top. The show will also take on a distinctly Aussie flavour this year when we get our up-and-close look at the European-designed hatchback that will become the Holden Commodore from late 2017.

The 2017 Opel Insignia will be one of the main stars of the Paris show, which kicks off in October. Other cars we’re expecting to see include the new Honda Civic hatchback, the Renault Alaskan ute and the next generation Audi Q5.

Here’s a run-down of what we expect to see: 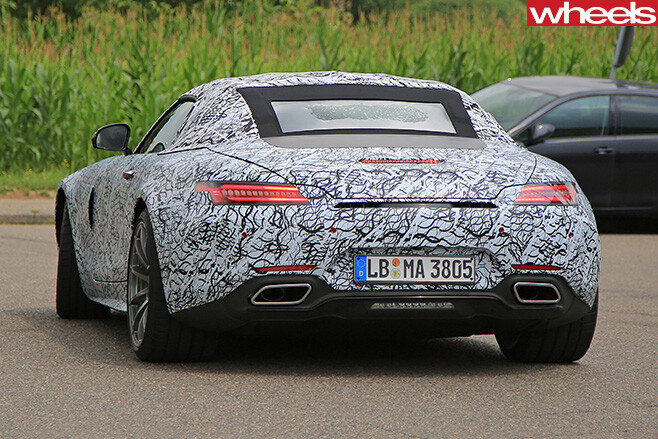 The big hype around Mercedes-Benz surrounds the reveal of its imminent range of Tesla-fighting all-electric cars. The EQ name has been trademarked by the German manufacturer, with rumours swirling four cars could form the electric line-up. However, only one car will be unveiled at Paris – either a Model S sedan rival, or SUV. Wheels spoke to Mercedes-Benz insiders who hinted it is likely to be a SUV that takes to the stage.

The three-pointed star will also take the covers off the Mercedes-Benz GT C roadster. The drop-top has previously been spied testing, and will add to the GT’s line-up which now includes the regular GT, GT C, GT S, and GT R.

This is the one we’re waiting for. The Insignia will be rebadged as a Holden Commodore from late 2017 when Australian production of the iconic nameplate ends, and introduce us to the foreign idea of a liftback sedan as an Aussie family staple. The Italian brand’s rival to the Porsche Macan and the Jaguar F-Pace is still taking shape, but we expect it to land at Paris wearing its production skin. A retuned version of the twin-turbo 2.9-litre V6 used for Alfa Romeo’s Giulia Quadrifoglio is expected to keep the Macan Turbo’s 4.8sec 0-100km/h sprint honest, while a 2.2-litre four-cylinder diesel and 2.0-litre turbocharged four-cylinder petrol engine will complete the rest of the range.

The Audi Q5 is a mid-size SUV that has sold well for the German luxury carmaker. However, it’s starting to become difficult to disguise the car’s age – it is based on a platform launched in 2007. The new Q5, which will take on the BMW X3/X4, Land Rover Evoque and Mercedes-Benz GLC-Class, is still not a confirmed starter in Paris, so we’ll have to wait and see if the new one, built on the Volkswagen Group’s new MLB platform, makes the show. The new Q5 is expected to make a big leap forward, featuring front-wheel-drive models for the first time as well as adopting the part-time front-drive Quattro all-wheel-drive system used in the A4 Allroad. The French carmaker was forced to reveal its look for the new Citroen C3 after images leaked online earlier this year, showing a more rounded shape for the Renault Clio and Peugeot 208 rival – and shopping trolley crash-friendly air bumps a la the Citroen C3 Cactus. The new C3 is expected to mirror Mini’s trend of offering plenty of custom add-ons via a long options list to allow buyers individualise their car.

On top of these there will be public debuts for cars that have already been revealed including the Renault Alaskan, Porsche Panamera, Peugeot 3008, LaFerrari Aperta.