Mazda has given its popular CX-3 small its first update which has improved ride refinement and road noise and adds auto braking across the range.

Mazda doesn’t believe in change for change’s sake so you’ll be hard pressed to find aesthetic changes to the 2017 model, though plenty has gone on under its familiar skin.

One of the key changes is the addition of forward and reverse Smart City Braking across the entire range - the first small SUV in its class to feature autonomous braking as standard.

Forward braking works up to 80km/h to prevent or mitigate a collision, while in reverse it will stop you hitting something or someone up to 10km/h.

Other safety featured include Blind Spot Monitoring (BSM) and Rear Cross Safety Alert as standard on the Maxx grade up, while sTouring and Akari variants also get Driver Attention Alert (DAA) and Traffic Sign Recognition (TSR) which alerts you if you’re braking speed limit via the head-up display and audible alarm (which you can turn off). 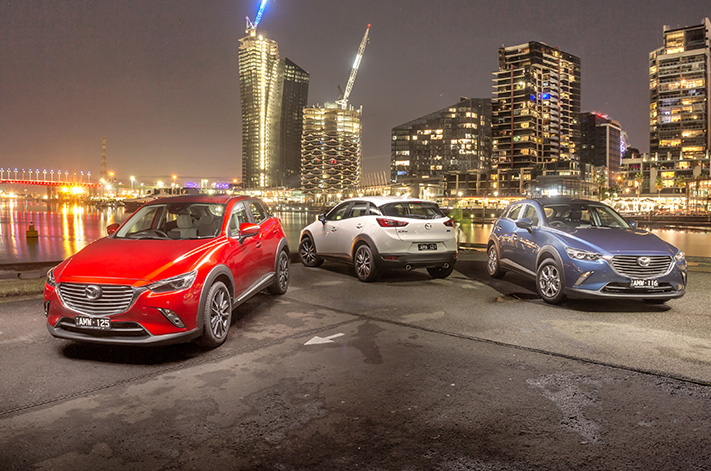 As with other entry-level Mazda variants, the Neo still doesn’t come with a reversing camera to keep the base cost down, though it is a $500 option.

There was always a lot to like about the Mazda CX-3 but there were a couple of notable shortcomings including ride refinement on rougher roads and excessive road noise. 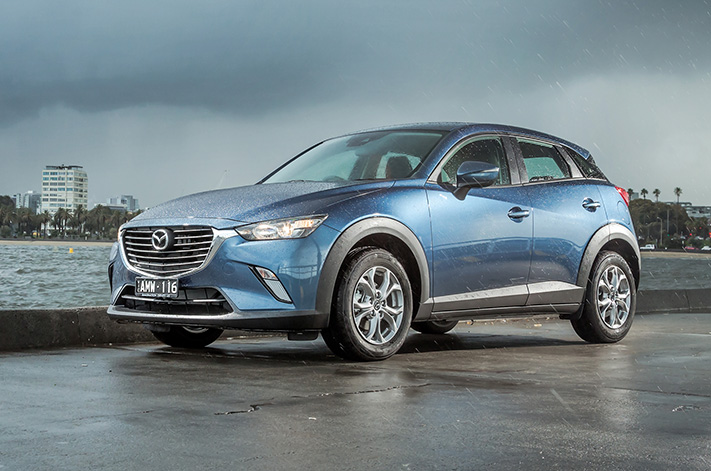 The former has been addressed with the addition of Mazda’s SkyActiv G-Vectoring Control (GVC), which uses the engine to enhance chassis performance by varying the torque loading on the front wheels for smoother cornering. The front suspension arm has also been redesigned and the angle of the front damper bushes changed, resulting in a more refined ride on rougher surfaces and less body roll.

Diesel variants are also more refined in terms of throttle response and noise. A ‘High-Precision DE Control Boost’ has been introduced for quicker accelerator response, and it sounds less truck-like thanks to the some fancy gear including the Natural Sound Smoother which cushions the cylinders to reduce ‘diesel knock’ and  Natural Frequency Control which suppresses sound waves much like noise cancelling headphones. 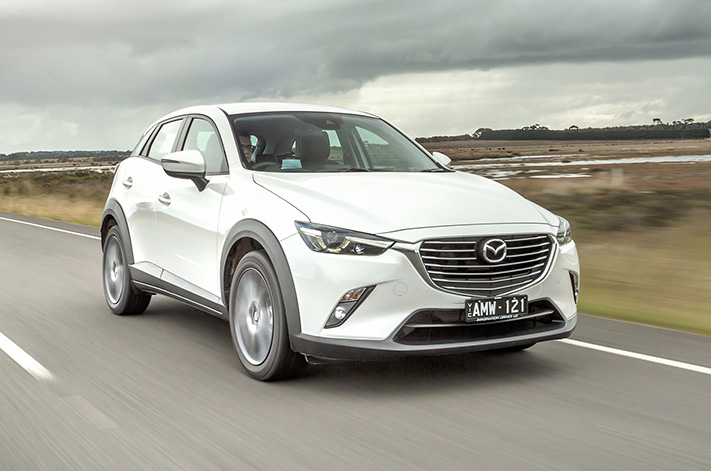 Noise Vibration and Harshness (NVH) has been reduced to more acceptable levels in all models with the addition of thicker carpets, and extra sound insulation in the dash panel and floor tunnel. Thicker trim seals have also been added to the C-pillar and tailgate opening, resulting in a reasonable reduction in general road and wind noise.

Inside, the Mazda CX-3 receives a newly designed steering wheel taken from the CX-9 and illuminated meter graphics that are an improvement over the old LCD display.

Outside, a new paint colour, Eternal Blue Mica, has been introduced while the 18-inch alloy wheels in sTouring and Akari models are finished in gun metal.

The high-grade models also feature auto folding and heated mirrors, while Neo and Maxx side mirrors now fold with a flick of a switch. 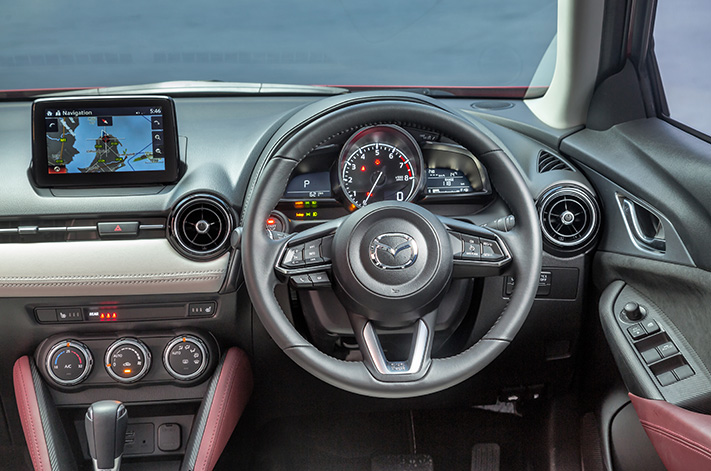