A Hellcat-engined version of Jeep’s large SUV is about to bow in the US, and Australia is interested.

THE Jeep Grand Cherokee Trackhawk is coming. The most explosive, brawling Mercedes-AMG SUV-rivalling version of the US carmaker’s beefiest rock-hopper line-up is locked in for a New York Motor Show reveal in April.

Adding weight to that is Fiat Chrysler Automobiles’ rush to trademark the Trackhawk name in Australia ahead of the Hellcat-engined Jeep Grand Cherokee’s reveal, suggesting the supercharged 6.2-litre Hemi version of the SUV is being weighed up as a potential starter Down Under. 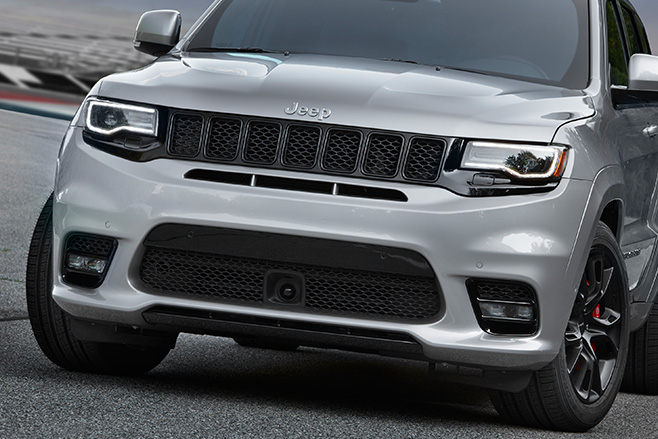 Due on sale in 2017, the monstered Jeep Grand Cherokee is fitted with the a similar engine to the one that will shoehorn under the bonnet of the resurrected Dodge Challenger SRT Demon, also slated for a full New York reveal.

“If there was a Trackhawk version of the Grand Cherokee somewhere in the future then yes, certainly we’d be interested in having a look at it,” FCA Australia spokesman Glenn Butler told Wheels.

“But until we see production details of the vehicle we can’t make a business case,” he said.

While a left-hand-drive version of the Trackhawk is slated to go on sale in the US some time this year, US automotive magazine Road & Track reckons a right-hook version could arrive in Australia sometime in 2018 – assuming other right-hand-drive markets globally pitch in to build up demand for it. 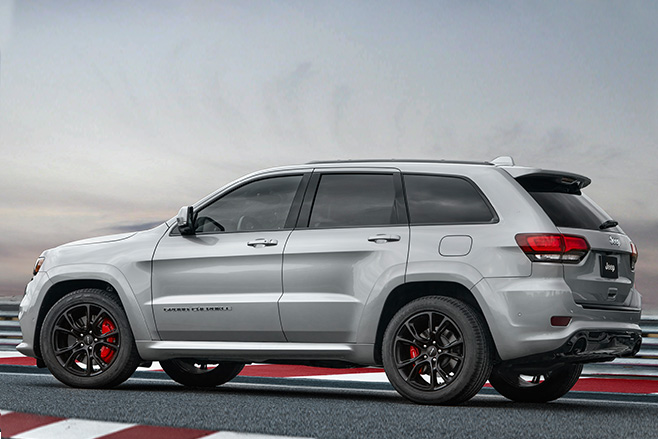 Performance SUVs are big business in Australia. Over at Mercedes-Benz, three out of every 10 AMG-badged models it sells sit on high-riding wagons.

While it potentially won’t quite attract quite the same price tag as the $190K 430kW Mercedes-AMG GLE 63, the Jeep Grand Cherokee Trackhawk should produce more than 400kW from its huffed V8 – well down on the 527kW used in other applications of the engine to reduce the engine’s incredible stress it places on the big SUV’s all-wheel-drive chassis.

The Hemi – in all its full 527kW glory – also appears under the bonnet of the Dodge Charger and Dodge Challenger Hellcats, and more recently the Dodge Durango all-wheel-drive people mover.