Nissan has updated its Pathfinder family of large SUVs for 2017, with engine changes, exterior design and revised suspension settings being the highlights of the now four-year-old Pathfinder’s facelift.

For 2017, the Nissan Pathfinder’s 3.5-litre petrol V6 engine goes from port injection to direct injection, gaining 12kW of power and 15Nm of torque in the process and achieving peak output figures of 202kW and 340Nm. That compares favourably with the Pathfinder’s key rival the Toyota Kluger, which makes 201kW and 337Nm from its 3.5-litre petrol V6.

Nissan has also equipped the Pathfinder’s engine with a higher compression ratio, reshaped combustion chambers, new pistons and electronic variable valve timing. Besides helping the V6 produce more power and torque, those changes also help it drink less fuel – albeit marginally. For 2017, average fuel consumption on 2WD models falls from 10.0L/100km to 9.9 L/100km, while AWD models drop from 10.3L/100km to a new low of 10.1L/100km.

The 2.5-litre petrol-electric hybrid powertrain option remains a part of the Pathfinder line-up, with unchanged power and torque outputs (188kW/330Nm) and combined fuel consumption of 8.6L/100km. 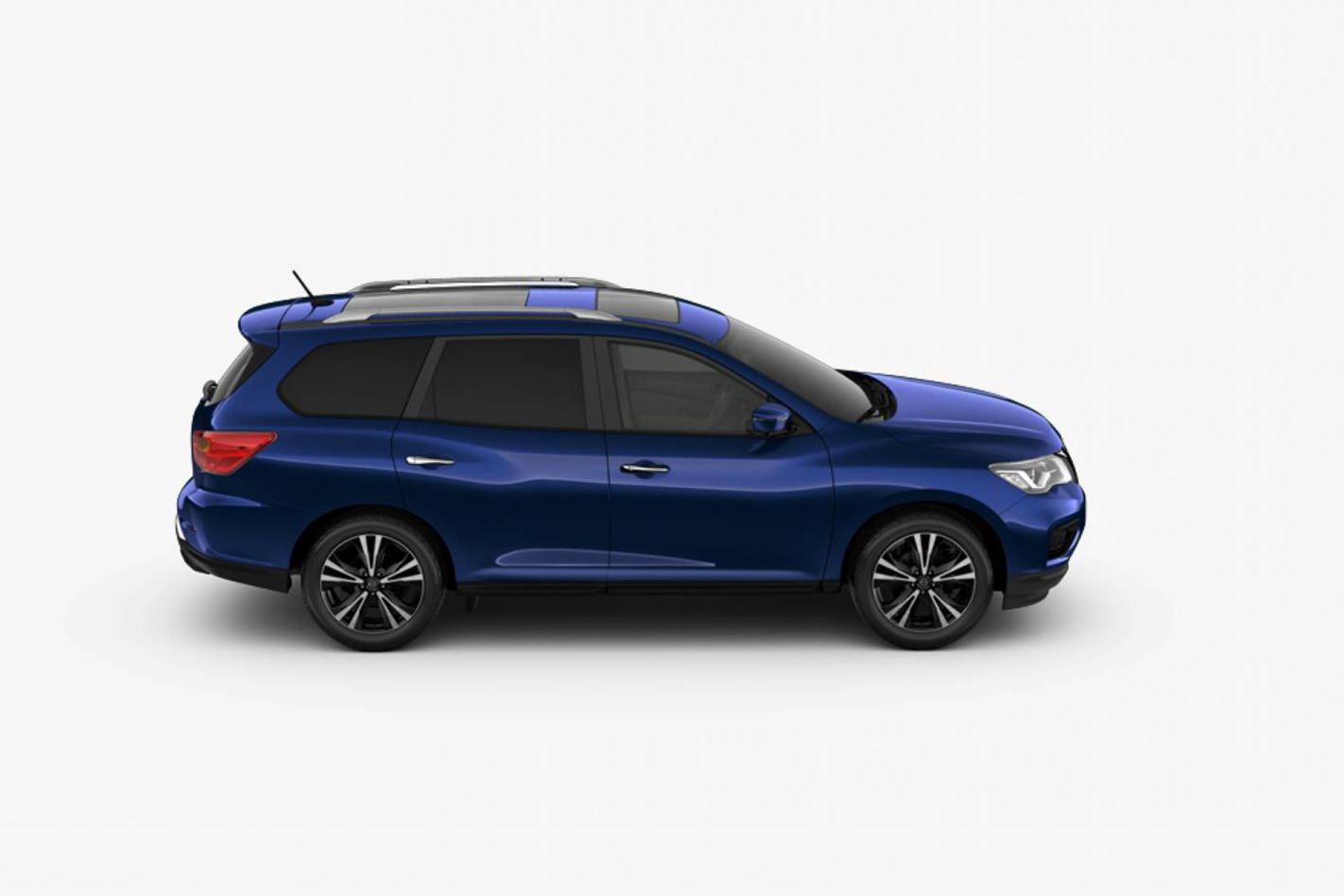 Both the hybrid and V6 come hooked up to a continuously-variable automatic transmission (CVT), which now simulates the stepped ratios of a conventional automatic. Suspension calibration has been revised for 2017 as well, with Nissan giving the Pathfinder slightly firmer spring and damper settings and a faster steering ratio to help quell its floatiness.

Meanwhile, the 360-degree camera view now has a moving-object-detection function to alert drivers of pedestrians or pets that are moving around the car.

On the outside, Nissan’s now-familiar V-Motion grille and reshaped headlamps and bumper plastics set it apart from early-model Pathfinders. A squarer bonnet, new tail-lamps, fresh alloy wheel designs (18-inch for ST and ST-L, 19-inch for Ti) and mirror-mounted turn signals round out the rest of the changes, while a motion-activated tailgate is now standard on the Ti model grade.