Peugeot’s 3008 people mover has morphed into an SUV for latest model, due here in 2017

The Peugeot 3008 has turned into an SUV for its second generation, bringing more interior space and new cabin and active safety technology.

Peugeot’s new 3008, due in Australia in 2017, moves on from the MPV styling of the original model to capitalise on the relentless demand for sports utility vehicles. 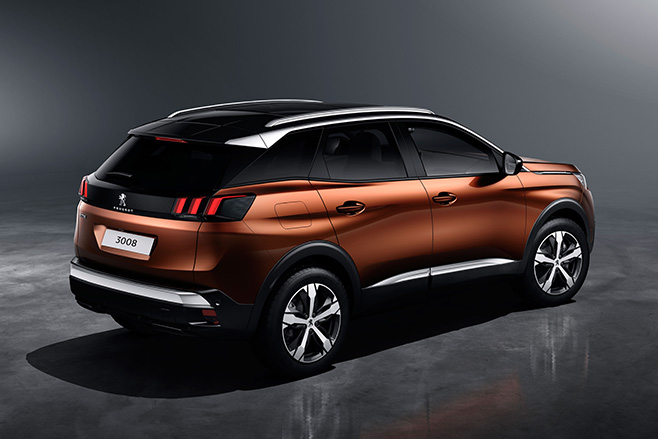 At 8cm longer than before, the 4.45-metre 3008 is now closer in size to the Mazda CX-5 and most of that extra length has gone into the wheelbase to create more legroom.

Width and height are unchanged but Peugeot has still packaged more rear legroom and elbow room into the 3008. Boot space also increases by nearly 90 litres, to 520L.

The driver steers the new 3008 with a smaller, flat-topped and -bottomed steering wheel familiar from the 308 hatch with which the SUV shares its platform. 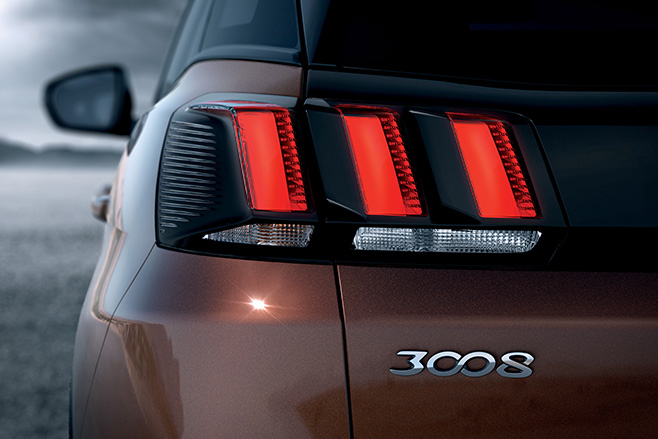 Peugeot also follows the growing trend for digital instrument dials rather than analogue, with a 12.3-inch display that forms the latest version of the company’s ‘i-Cockpit’ concept.

It’s complemented by an 8-inch colour touchscreen that mimics a tablet, which rises out of the centre of the dash, and includes short-cut toggle switches for key features such as navigation, climate and radio. It’s compatible with smartphone integration tech such as Mirrorlink, Apple Carplay and Android Auto. 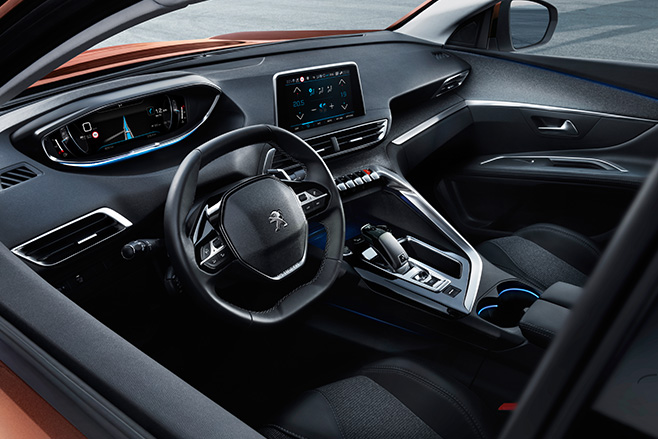