Automakers are constantly looking at new ways to integrate your smartphone and your car. Remember when having Bluetooth connectivity for hands-free calling was a big deal? We’re way past that now.

Here are seven recent innovations we reckon will have a lasting impact on the way we drive.

VOLVO WANTS TO REPLACE YOUR CAR KEY WITH YOUR SMARTPHONE

Now this is truly keyless entry and exit! Volvo has developed a technology that has no car key whatsoever! Your smartphone is all you need, but more than that the Volvo Keyless Cars app allows you to let family members or friends use your car by sharing your digital key with their phone. In the same way, access to other Volvo cars can be shared with you when you travel. Check out the video below. 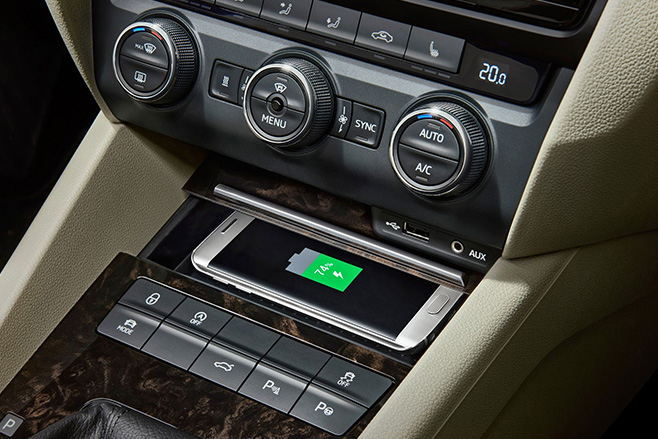 This is one we can really get behind. No longer will you jump into the car and go searching for your USB charging cable to keep your phone battery alive. Skoda has recently announced wireless charging technology it plans to put into Octavia and Superb models, in the not-so-distant future. Now you won’t need a cable to charge your phone at all, you just put the phone into the ‘Phonebox’ on the centre console and the car will charge it without wires!

VISA READY PAYMENTS FROM YOUR CAR 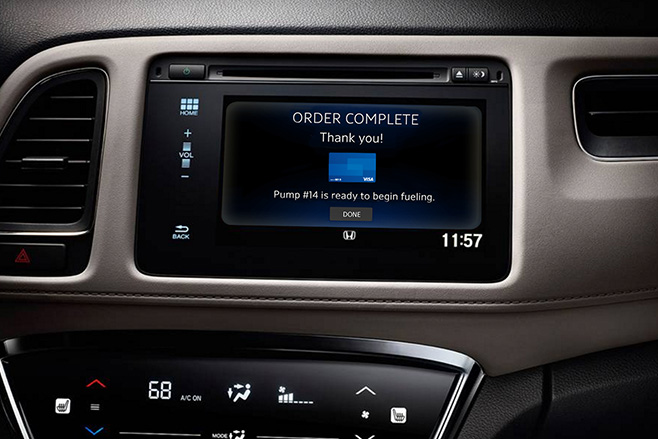 Have you ever been in a hurry to get somewhere with a car that’s running on empty and you arrive at a petrol station to find it’s full of people doing their weekly shop inside and holding everybody up? It happens, and it’s the worst. Visa knows this and has come up with a solution. Using their new technology called Visa Ready, your car can direct you to a petrol station, calculate how much it will cost to fill up and pay for your petrol without you ever needing to go inside.

Similar systems exist for paying at the pump, but the Visa system is different in that it has the potential to integrate with your GPS system and use your phone’s internet connection to find the cheapest fuel on your journey. It could also allow you to pay for other things, like car parking, from your dashboard. There’s a lot more that can be done as well. Imagine you’re at the shops and need to know how much time you have left on the meter. Check the Visa Ready smartphone app and it will tell you the answer down to the second. 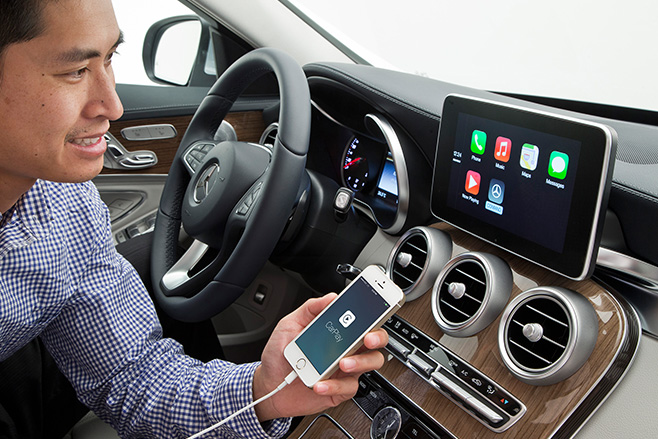 The two biggest players in the world of mobile phones are Google (Android) and Apple (iPhone). You know cars are the next big frontier when both of these giants of tech are pushing their own systems into our vehicles. It’s not all scary, though. These systems allow you to use more of your phone’s functions through the car than ever before. Streaming audio and satellite navigation are just the tip of the iceberg. These interfaces are already here and spreading to more and more new cars, and there’s a strong chance your next vehicle will have one or both of these systems built-in. 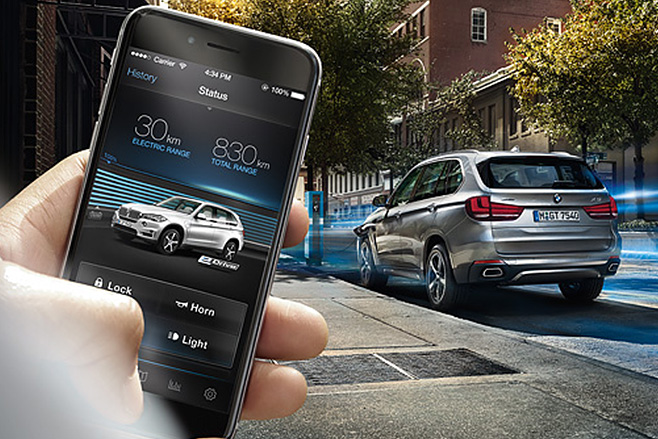 BMW has moved into the realm of hybrid vehicles in a big way, rolling out its eDrive electric technology and the ConnectedDrive smartphone app that goes with it. If you own a BMW hybrid car, you can use the app to monitor how much electric charge it has and tell it when you want it to stop charging. Imagine arriving at work and plugging your car in to charge, then keeping an eye on things from your desk.

Is it a hot or cold day outside? The app also allows you to start the car’s air conditioning to cool it down or heat it up before you get into it. You can lock and unlock the car with the app, use it to find the nearest charging station, even flash the car’s headlights or beep the horn to find the car in a busy parking lot. That’s smart stuff, BMW. 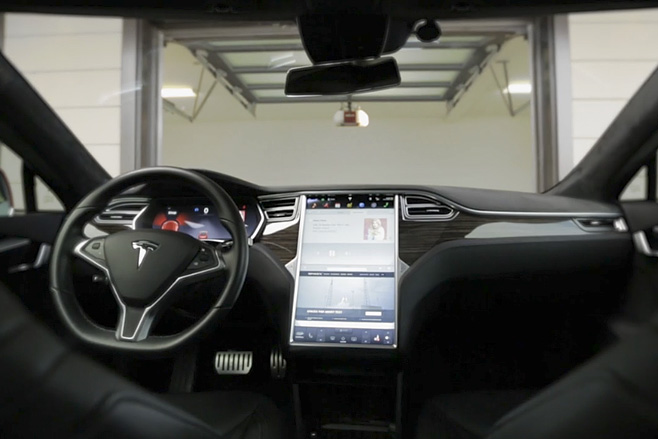 Wizards of all things electric, you just knew Tesla had to be on this list. Some Tesla models can now park themselves thanks to a recent software update. To make it work, Tesla owners must place their car within 10 metres of a parking space and then tell the car to park itself using a Tesla smartphone app.

The car can also leave a parking spot and drive to the owner when summoned. It’s a “baby step”, according to Tesla boss Elon Musk, toward being able to send your car off to find a park on its own and calling it back to you using your smartphone – like some sort of digital, car-sized puppy. With the rate of development at Tesla, it won’t be too long before that dream is reality.

DRIVE YOUR MERCEDES-BENZ WITH YOUR PHONE

Finally, the ultimate in James Bond trickery has arrived. Well, almost. Mercedes-Benz has developed its own parking-via-smartphone tech called Remote Parking Pilot. It goes one step further than Tesla by providing users with the ability to drive their car from the phone and not just activate the car’s autonomous driving mode. We can imagine a few scenarios where this sort of tech could come into play, like parking spaces so tight the doors won’t open. This app gives you another level of control.