Minor visual and spec updates are in store for the Subaru WRX and its high-performance twin, the WRX STI.

Subaru has lifted the lid on its WRX and WRX STI facelift, which is set to go on sale later this year and give the all-wheel-drive performance pair a boost in showroom appeal.

The most noticeable changes are on the outside, with new bumper plastics at the front, a reshaped grille and new alloy wheel designs for both the Subaru WRX and WRX STI – the latter also receiving a set of 20-spoke mesh-style 19-inch alloys as an option. 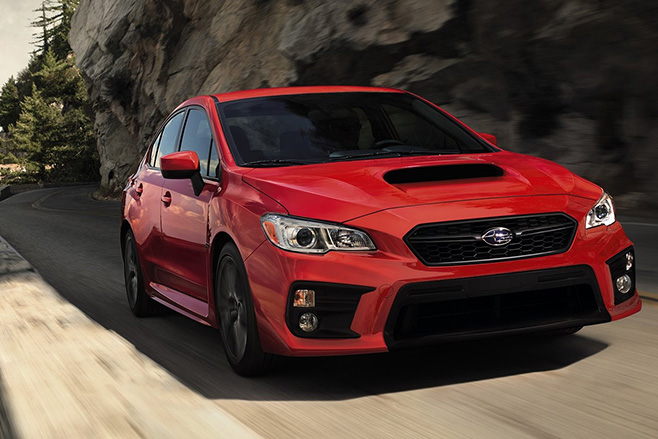 LED headlamps that actively steer into corners will also be available on high-grade WRX and WRX STI variants.

In-cabin upgrades are modest, with upgraded materials, cupholders in the rear seat armrest, new door grips and a faster boot opening mechanism being the key changes for this year. US-market WRXs will have the option of eight-way power adjustable Recaro seats, though availability for the Australian market has yet to be confirmed. 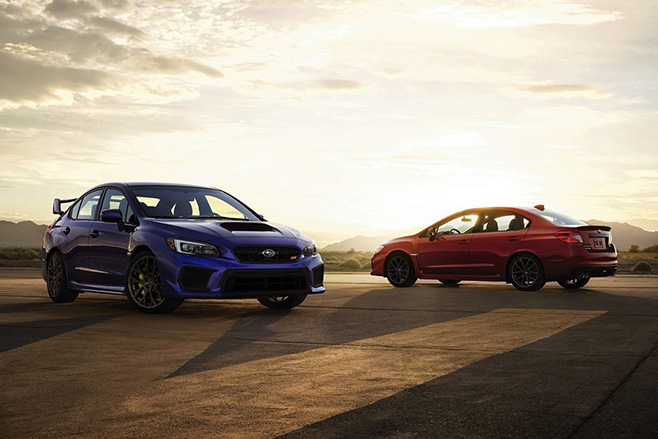 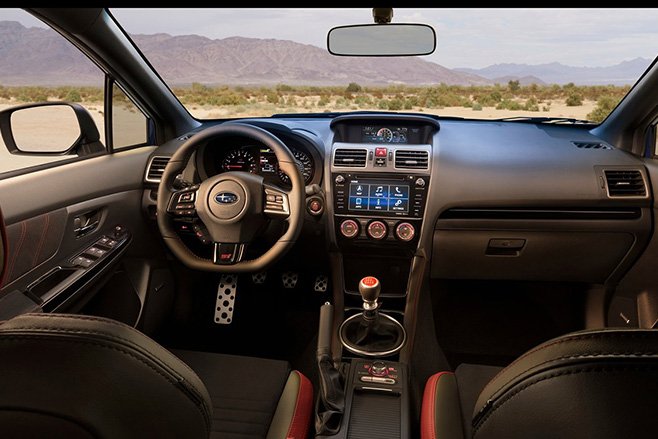 The WRX’s electronic power steering calibration has also been tweaked for a more natural feel, but the WRX STI gets a bigger upgrade in the form of new AWD hardware. For 2017 the WRX STI will gain an all-electronic centre differential system, promising faster and smoother reaction times than the outgoing model’s part-mechanical, part-electronic AWD system.

As before, the WRX STI’s ‘DCCD’ AWD system will allow the driver to vary the front-to-rear torque split settings to their own tastes. 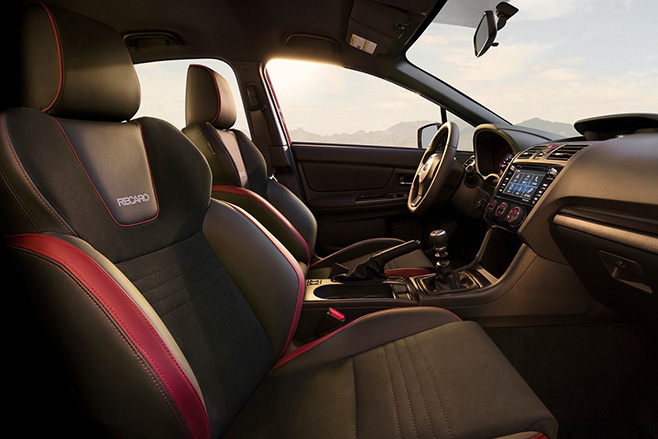 The six-speed manual transmission has also come in for some work, with new synchros promising enhanced shift feel and smoother, faster gear changes.

Local arrival timing, pricing and specifications have yet to be announced.