The facelifted Toyota Yaris has arrived in Australia with sharp new looks and advanced safety features.

The advanced safety package, which includes pre-collision system with autonomous emergency braking, lane departure alert and automatic high beam, is a $650 option in the entry-level Ascent and SX models, while coming standard in the range-topping ZR, whose price has increased accordingly.

Prices are otherwise unchanged for the Ascent and SX manuals, though upgrading to the four-speed automatic transmission will now cost $1530, up from $1200.

As well as the new tech, the 2017 Toyota Yaris also comes with new exterior styling, with significant changes to the front and rear and a greater emphasis on horizontal lines to express a wider stance. 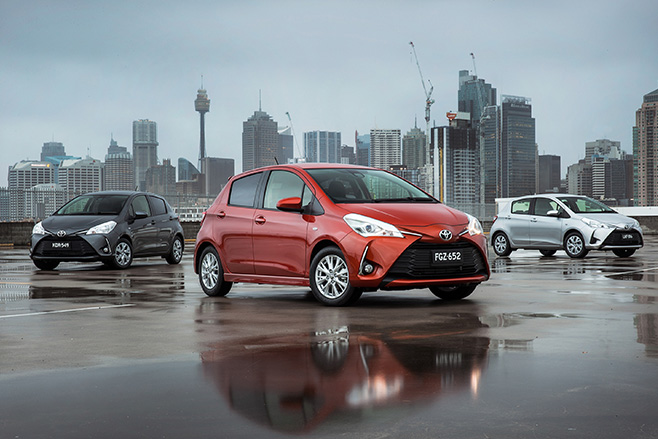 A new lower door moulding adds a sportier look, complemented by newly designed wheels – 15-inch steel with a silver cover for Ascent and SX and new 16-inch alloy with a silver-metallic finish on ZR.

At the rear, the new tailgate design emphasises width with redesigned light clusters that extend from the wings onto the tailgate. 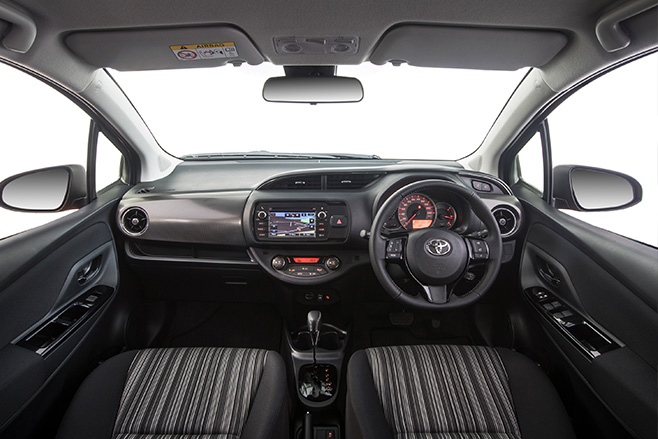 A new colour, Azure Blue, has been added to the 10-colour range, replacing Aura, a lighter blue.

Inside, the cabin has been refreshed with silver finishes replaced by more modern gloss black inserts on the steering wheel, audio unit surround and around the gear-knob base.

Engine options remain the same, with a 1.3-litre four-cylinder engine in Ascent grade or a 1.5-litre engine for SX and ZR, though they now meet Euro 5 emission standards. 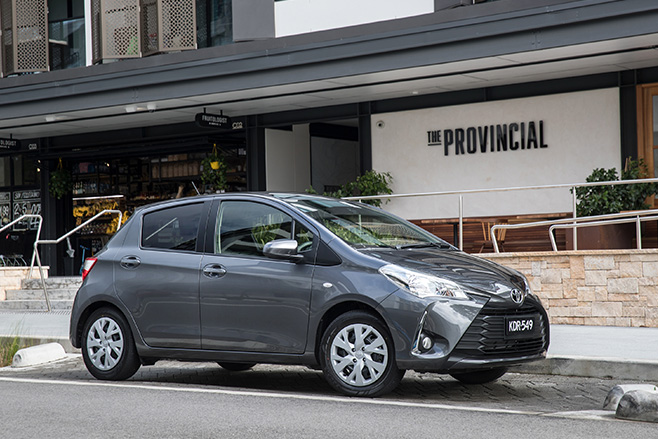 SX variants, in addition to the bigger engine, come with front fog lamps, rear and rear side privacy glass, and a premium steering wheel and gear-shifter.