Volkswagen releases teaser sketches of its new commercial van range ahead of their September unveiling in Germany.

The 2017 Volkswagen Crafter has been revealed in official sketches that showcase a new design for the German brand’s commercial vans.

Volkswagen’s biggest van will be all-new when it’s shown at Germany’s Commercial Vehicle Show in September – breaking a 10-year link with the Mercedes-Benz Sprinter. 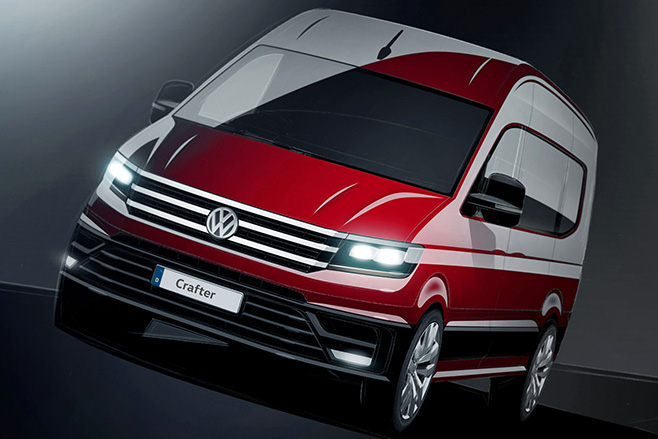 The sleek-looking van will have the most slippery aerodynamics in its class, according to Volkswagen. This should help reduce fuel consumption, though the company has yet to confirm which powertrains will be offered plus many other details. 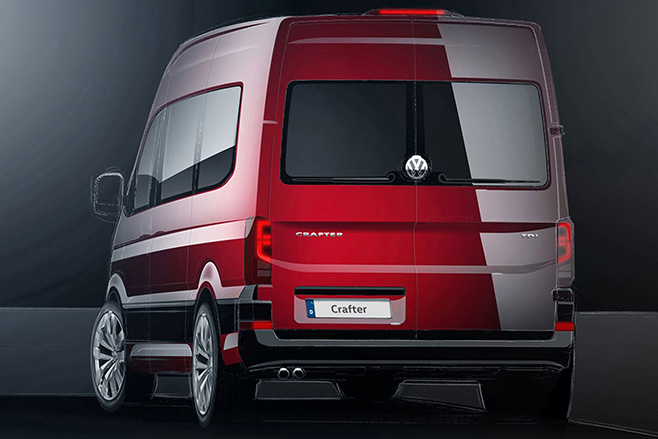 The Crafter, shown as a window van in the sketches, is currently available in multiple configurations that include varying roof heights and wheelbases.

Rivals for the Volkswagen Crafter include the Ford Transit, Renault Master and Fiat Ducato.