A significantly updated version of the Volkswagen Golf will make it the most sophisticated model in the small-car class from mid 2017. 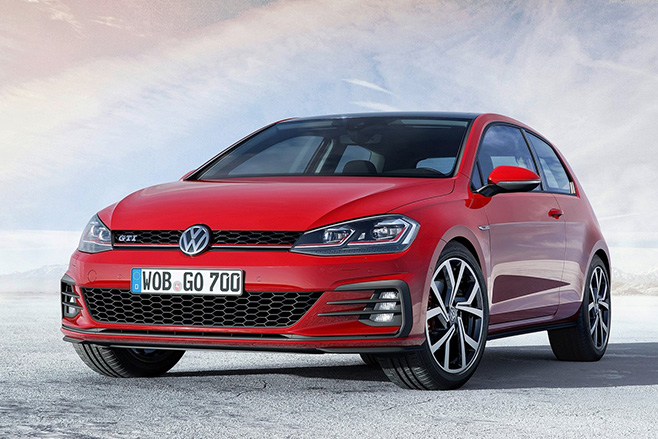 Both a VW-first and segment-first, gesture control is available on the Golf’s most advanced infotainment system – Discover Pro. Proximity sensors first detect a hand nearing the screen to increase the number of functions displayed, then allows the user to ‘swipe’ left or right without touching the screen to access options for the likes of radio stations and music playlists. Functions that can be controlled by gestures are subtly highlighted, while successful selections are greeted by both visual and audible confirmations. The system also retains touch and voice control.

The Golf’s base touchscreen display system changes from black and white to colour, and increases in size from 5.0 to 6.5 inches. Resolution is also doubled for sharper graphics.
The aforementioned Discover Pro display jumps from 8.0 to 9.5 inches, features a glass surface, and increases resolution from 800x480 pixels to 1280x640.

Golf buyers can opt for this digital instrument cluster as an alternative to the standard analogue dials ahead of the driver. Borrowed from the larger Volkswagen Passat and based on the technology first seen in Audi’s similar Virtual Cockpit, the display is a 12.3 inch super-high resolution screen. Five configurations enable the driver to view different information, whether they want to focus on navigation, assess driving efficiency, or simply have a graphical form of a traditional instrument cluster. 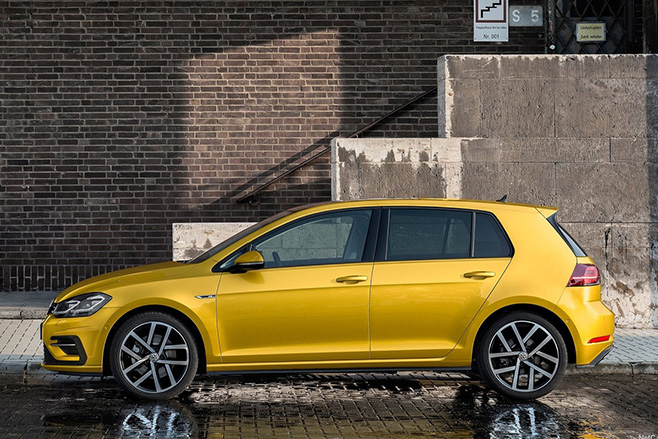 Media Control gives occupants another option for controlling the Golf’s infotainment system – via their tablet or smartphone. Phone-call quality can also be improved by inserting smartphones into a special storage area where an inductive loop not only allows for wireless charging, but also enables the car’s external antenna to be used by your phone.

A new, optional smartphone-linked set-up that gives owners a direct line to VW’s Emergency Call Centre for breakdowns, can notify the same centre in the event of a crash, and schedule services with the dealership.

Available assistance systems include two semi-autonomous driving systems: a segment-first Trailer Assist system which can take control of the tricky steering required for reverse-parking a boat or caravan, and Traffic Jam Assist, which can take the stress out of rush-hour commutes at a speed of up to 60km/h. 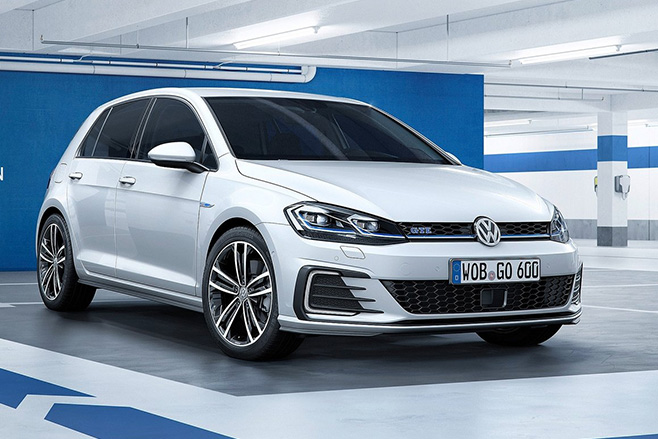 A new 1.5-litre four-cylinder petrol turbo engine range joins the Golf line-up, both featuring variable turbine geometry that’s rare for a petrol vehicle at this price point and helps improve driveability. A 110kw/250Nm version is first up and can cut out cylinders to improve fuel consumption. A ‘Bluemotion’ unit follows with lower outputs (96kw/200Nm) but also lower consumption (4.6L/100km). It includes a coasting function that can disengage the engine when it’s not under load.

The regular GTI lifts by 7kw to 169kw of power, while the more expensive, more powerful GTI Performance variant gains 11kw for a total of 180kw. They arrive a little later than the regular Golfs – in the third quarter of 2016. 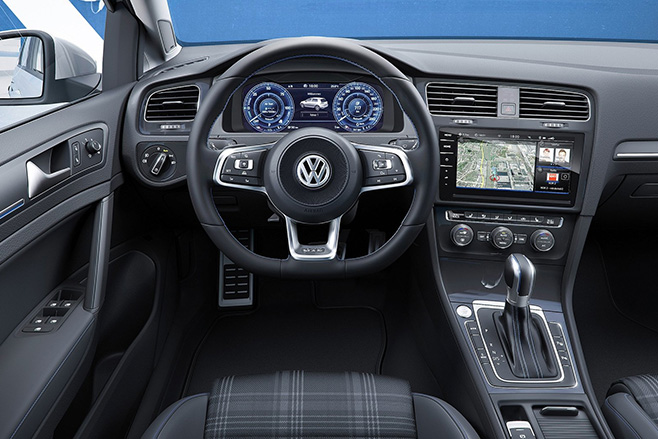 VW Australia has been considering the Golf GTE plug-in for a couple of years and says it is “working hard” to bring it here. The petrol-electric GTE features the same drivetrain as the Audi A3 e-Tron already sold here, offering the same 50km electric-only range.

Volkswagen is cautious with visual changes to the Golf even between generations for such a hugely important car (it’s Europe’s best-selling model), so it’s no surprise that there are merely minor visual tweaks for this update. There are revised bumpers front and rear, new alloy wheel designs, and all Golfs now come standard with LED tail-lights. Lower-end models feature halogen lights with embedded LED daytime running lights while higher-end models swap xenons for new LED headlights. Inside, the Golf cabin receives some new seat covers and trim sections.

Expect to wait until closer to the updated Golf’s mid-2017 launch for more details on the full line-up and specifications for Australia.