Mazda’s “Zoom Zoom” marketing campaign – one of the longest-running of any brand on sale here – hasn’t applied equally to all its cars.

But as of late next year, it will apply to one of the oldest cars in the Mazda line-up, the mid-size 6, which will add a turbocharged engine for the first time in a decade.

Mazda has revealed it will shoehorn the turbocharged 2.5-litre engine from the seven-seat CX-9 – itself a replacement for the fuel-heavy 3.5-litre V6 used in the first-generation CX-9 – under the bonnet of the Ford Mondeo, Volkswagen Passat and Toyota Camry rival to “enhance the daily lives of people who love cars”.

There’s no indication that the 2.5T, as the model will be known, will receive any changes to performance compared with the engine tune used for the bigger SUV, which means when it arrives here in the second half of next year it should produce about 170kW and 420Nm. That may pale against the Passat’s class-leading 206kW 2.0-litre engine, but bear in mind the Volkswagen only produces a pale-by-comparison 350Nm – 70Nm less than the Mazda.

“Producing [420NM of] torque on par with 4.0-litre V8, this engine offers an effortless performance feel that is equal parts composure and excitement,” Mazda said. 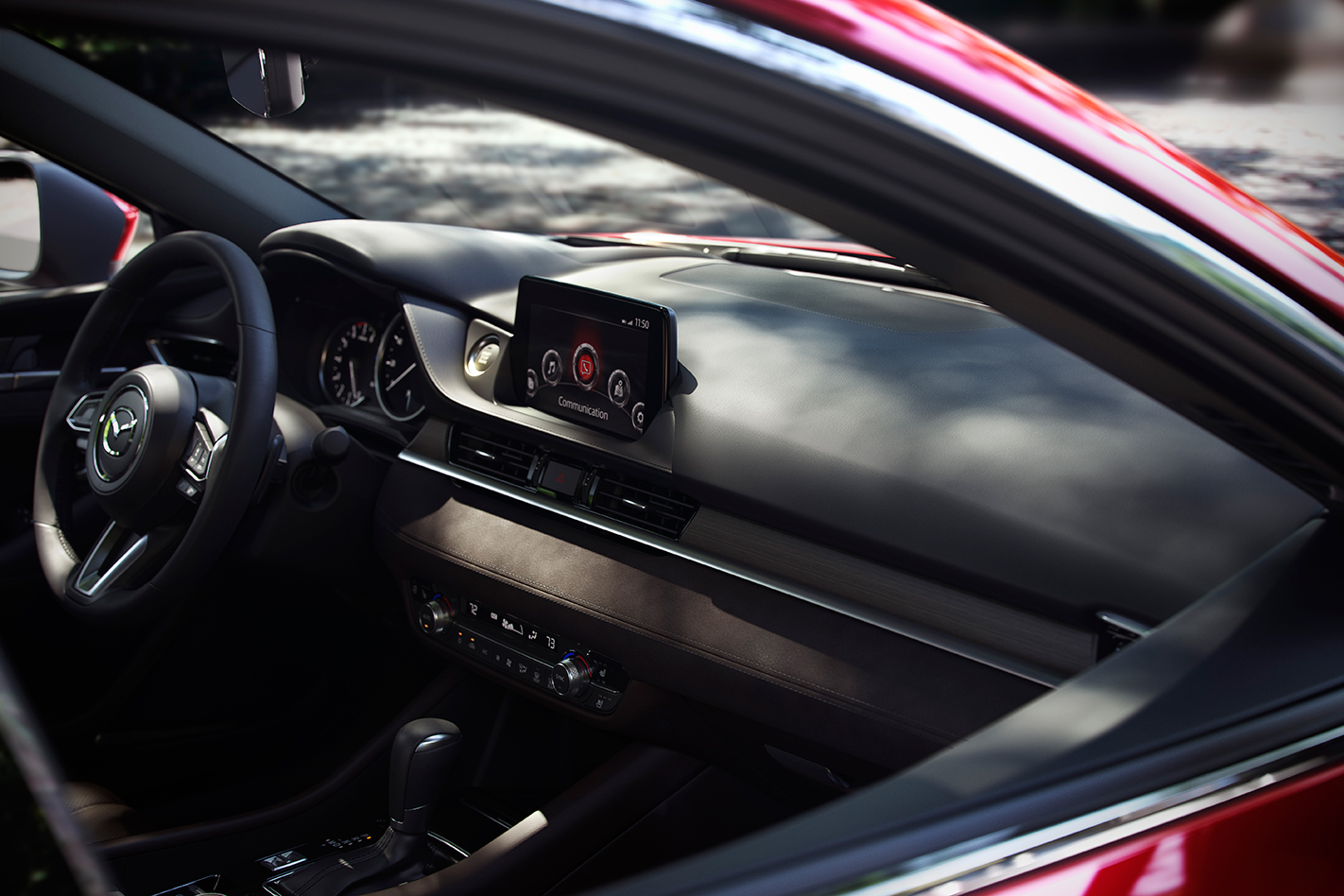 The new engine also introduces some of the most sweeping changes to the Mazda 6 since the latest generation of the sedan and wagon range was introduced in 2012.

Styling tweaks introduce what Mazda says is “Mature Elegance”, with the design team working to “raise the quality feel of both the interior and exterior, resulting in a look of greater maturity and composure”.

“A new high-grade interior features Japanese sen wood, often used in traditional Japanese instruments and furniture, and other exclusive trim elements for an enhanced premium feel that is authentic to the brand,” it said. “Overall the design is more distinctive, premium, beautiful and dignified, as befits the flagship of Mazda’s passenger car line-up.”

The Mazda 6’s normally aspirated 2.5-litre engine also gains an upgrade, introducing cylinder deactivation technology that can help the Mazda 6’s engine switch off cylinders under a light load to save fuel.

As well, the more costly models that come with Mazda’s version of active cruise control are expected to gain a new peak hour-friendly function that will automatically bring the 6 to a stop if the car in front slows to a halt, and then take off again when the car in front starts moving again.

Higher-spec models are also expected to gain a surround-view camera that gives the driver a bird’s-eye view of obstacles around the car – handy for parking in tight spots or parking alongside a kerb.

The Mazda 6 was last updated in Australia in September last year, adding folding mirrors, pedestrian recognition to its automatic city braking function that will jump on the brakes for you to prevent a crash, and a traffic sign recognition function that can post the speed limit in the driver’s line of eyesight.

It also introduced a new steering wheel, and a full-colour multimedia interface.

Morte importantly for people who love driving, the Mazda 6 introduced a function called G-Vectoring Control. It uses the engine to subtly tip the car’s weight onto the front wheel with the most grip while cornering, improving the way it handles; you notice the technology most when going through tight roundabouts.

Diesel versions of the Mazda 6 also gained a significant improvement to the noise the turbocharged 2.2-litre engine makes. It was also tweaked to provide smoother acceleration.

The six-speed automatic-only Mazda 6 range currently maintains the same spread of prices as were introduced in September last year. 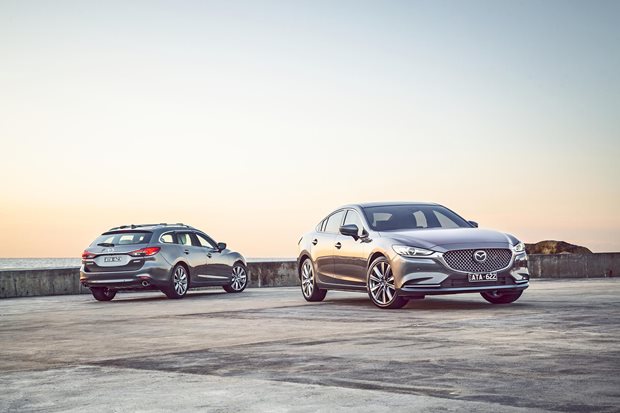