Porsche’s gorgeous 911 gains five more variants in the ever-expanding line-up with the arrival of the sharpened GTS priced from $282,700

Like the GTS variants before it, the new 911 (991.2) version joins the already flourishing range and bridges a gap between the entry-level coupe, convertible and Targa, and the more potent GT3 and Turbo cars at the top of the range.

While the five new mid-range GTS variants are positioned to appeal to more performance-focused customers, they’re more closely related to the affordable end of the spectrum with their 3.0-litre turbocharged flat-six engine, while the GT3 gets a naturally aspirated 4.0-litre and there’s a 3.8-litre for the Turbo. 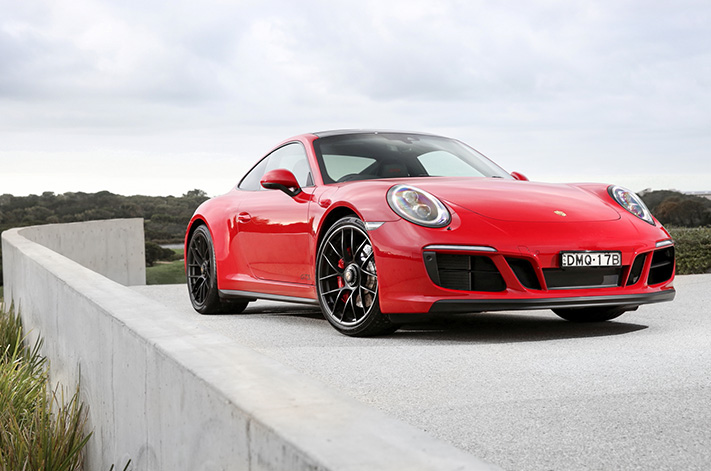 That said, the GTS represents a new performance champ of the 3.0-litre cars, with a power boost of 22kW to 331kW over the next best Carrera S and an extra 50Nm of torque taking grunt up to 550Nm. A majority of the extra output comes from a higher boost pressure of up to 1.25bar thanks to larger turbos.

The GTS line-up kicks off with the Carrera GTS Coupe priced from $282,700 when fitted with the standard seven-speed manual gearbox but, like all five versions, the seven-speed dual-clutch can be optioned for $7390.

The rear-drive GTS is also available as a drop-top Cabriolet for $304,200. Both Coupe and Cabriolet are available with the traction-boosting Carrera 4 GTS four-wheel drive system for $298,900 and $320,400 respectively.

A fifth option is available for customers wanting something in between the full convertible and tin-topped options with a Targa 4 GTS with four-wheel drive only and priced from $320,400. 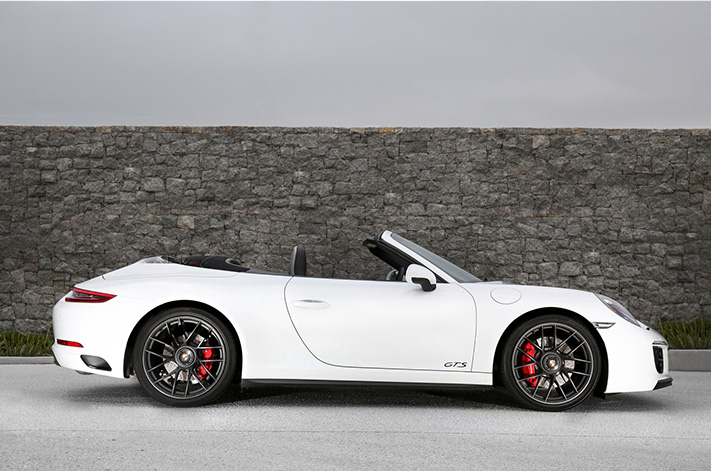 With its extra power and torque, the most affordable GTS Coupe does the zero-to 100km/h dash in 4.1 seconds and adding the PDK cuts the time to 3.7s. The extra traction of Carrera 4 GTS allows it to do the dash in 4.0s or 3.6s when equipped with the auto.

For the Convertible, the benchmark takes 4.2s for the manual and 3.8s for the auto, while the heavier Carrera 4 GTS Cabriolet takes a little longer and 4.1 seconds or 3.7s for the PDK. The Targa shares the acceleration figures of the convertible Carrera 4 GTS.

Top speeds vary little between variants, ranging from 306km/h for the Targa 4 GTS auto, to 312km/h for the rear-drive manual Coupe GTS. 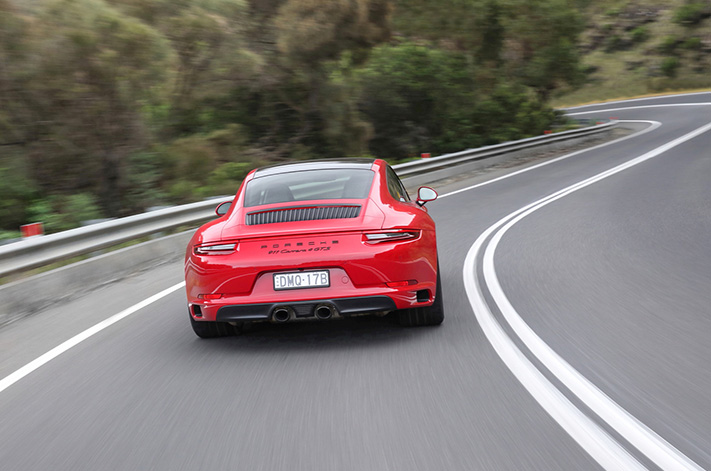 To match the added performance, the GTS range rolls on a revised suspension setting which is tailored for each individual variant including a ride height lowered by 10mm for the Coupe compared with the Carrera S coupe. Rear-wheel steering is also available optionally to increase low-speed manoeuvrability and high-speed stability. Active PDCC anti-roll stabilisation is also available optionally.

Adding to stability is the wide body that features on all variants from Carrera 4S and above, bringing an extra 44mm of width to the rear haunches. Until now, the rear-drive 911 has only been available with the narrower arches.

Porsche’s Active Suspension Management (PASM) is also included as standard and allows the suspension characteristics to be altered according to the four driving modes – Normal, Sport, Sport Plus and Individual.

Twenty-inch wheels in satin black are pinched from the Turbo S and are bolted on with a single centre-lock hub and shoed in Pirelli P Zero rubber measuring 245/35 ZR20 at the front and 305/30 ZR20 at the rear. Customers can swap the specialised centre-lock wheels for a more conventional five-stud pattern wheel set. 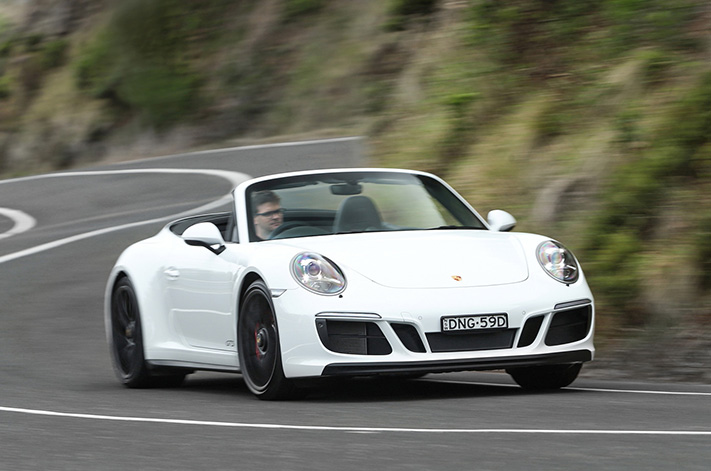 All versions are equipped with a more vocal sport exhaust which is identifiable by a pair of black tailpipes, and can be switched to a noisier mode with a dedicated switch or when in the sportier driving modes. When flicked to Sport mode the exhaust also allows rally-style crackles on overrun.

Versions equipped with the PDK transmission also get torque vectoring and an electronically controlled rear differential lock for enhanced grip and cornering speed.

A hybrid of a number of 911 brake arrangements has been applied to the GTS range for enhanced stopping power. The pads are 16 percent larger than Carrera S and borrowed from the Turbo, while front discs are 10mm larger in diameter and are connected to the suspension by a lighter aluminium hub.

Sport design door mirrors, GTS badges on the doors and a number of GTS boot badges complete the exterior treatment, while the Targa has a further modification with a black roof bar in place of the standard silver version. 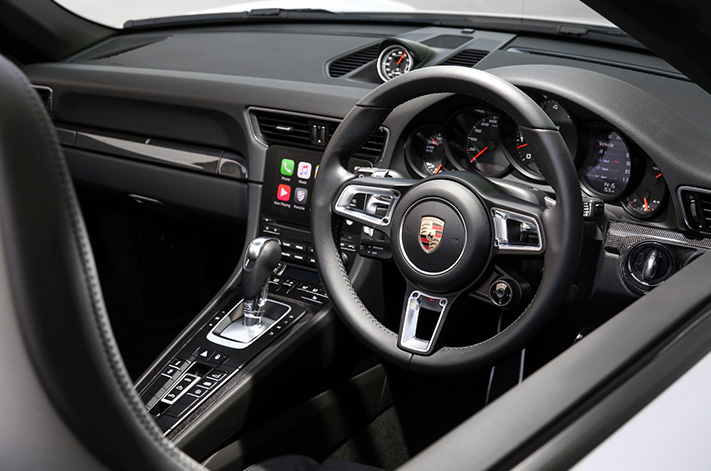 On the inside, the GTS gets the Porsche Sport Chrono package as standard, which adds the dash-mounted analogue stopwatch, steering-wheel mounted driving program selector and Track Precision application for enthusiastic drivers to evaluate and compare their performance around 130 racing circuits around the world.

Alcantara sports seats are standard as is the application of the synthetic sued throughout the cabin along with brushed and anodised black aluminium trims, though customers can upgrade to carbonfibre.

The 360mm steering wheel is 15mm smaller than the Carrera S wheel and can be trimmed in leather along with the gear selector lever or left standard in Alcantara.

For an extra dose of race-car DNA, the rear seats can be deleted.