Volkswagen has joined the seven-seater club with a stretched version of its popular Tiguan SUV revealed at the Geneva motor show.

Volkswagen has launched a maxi version of its popular Tiguan SUV with the ability to carry two more passengers.

The Tiguan Allspace is 215mm lengthier than the second-generation ‘classic’ Volkswagen Tiguan and has a 109mm longer wheelbase.

Rather than simply being a stretched Tiguan it was independently designed, with longer rear doors and overhang, and a raised bonnet line to maintain proportions. 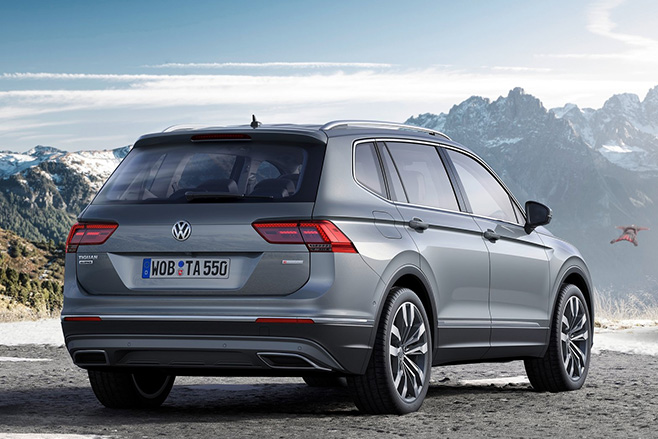 While it shares a close family resemblance to the smaller Tiguan it’s proportionally similar to the Volkswagen Atlas that was developed for the US market and was considered for the Australian market though now this seems an “increasingly unlikely prospect”.

The extra sheet metal translates a 760-litre rear cargo compartment; 145-litres bigger than the standard Tiguan. With the rear seats folded down it holds a small-van like 1920-litres.

The extra space can also be used to add two more seats for the school run with enough room (230-lItres) to wedge all the schoolbags inside the tailgate. 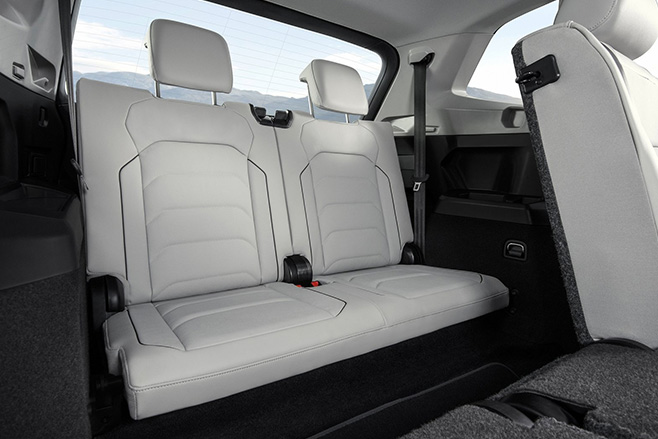 When not in use, the third-row seats can be folded down and integrated in the cargo floor to hold 700-litres or 1775-litres with the middle row folded down.

The total additional space also benefits the rest of the cabin with 54mm more knee room in the second row.

The Tiguan Allspace comes in three variants, Trendline, Comfortline and range-topping Highline with equipment levels similar to that across the classic Volkswagen Tiguan range. 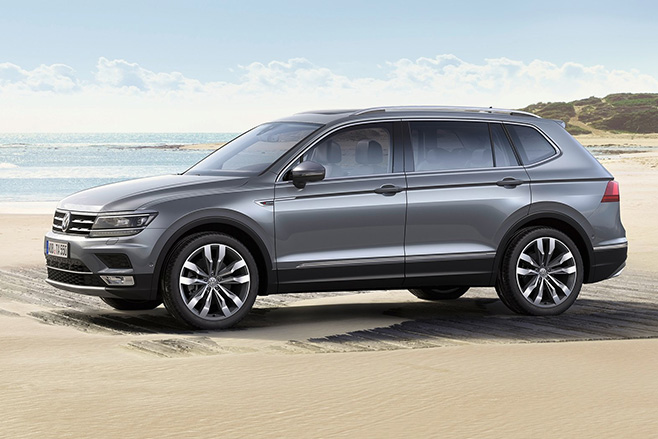 Engine options for Australian models are yet to be confirmed but expect to see a similar range of engines as already available in the classic Tiguan range including the 110kW 1.4 (litre) TSI with Active Cylinder Management can achieve just 6.0L/100km and the 132kW and 162kW 2.0 TSI options.

Oil burners will probably be the 100kW and 140kW 2.0TDI engines already available here. A 176kW range topper will also be available in European models. All TDI engines are equipped with an SCR catalytic converter and a twelve-litre AdBlue tank to reduce nitrogen oxide emissions to a minimum.

Drivetrains include front- and 4Motion all-wheel drive. 4Motion is optional with the smallest diesel engine and petrol engines and standard with the rest.

The Tiguan Allspace will be launched in Europe in the second half of 2017 but won’t be available here for at least another 12 months. A Volkswagen spokesman told WhichCar it was too soon to confirm local pricing and specifications