VW has confirmed it will be launching its long-wheelbase Tiguan Allspace SUV at next month’s Detroit motor show.

Volkswagen’s SUV expansion will take another step next month when the seven-seat Tiguan Allspace makes its official debut at the Detroit motor show.

Also known by the rather utilitarian moniker of Tiguan Long-Wheelbase, it is 220mm longer than the standard Tiguan with half that length between the wheels and the rest as rear overhang.

Unlike other Volkswagen Group seven-seaters, it is built on a modified version of the Tiguan’s MQB platform, which also underpins the Skoda Kodiak and a host of smaller cars. 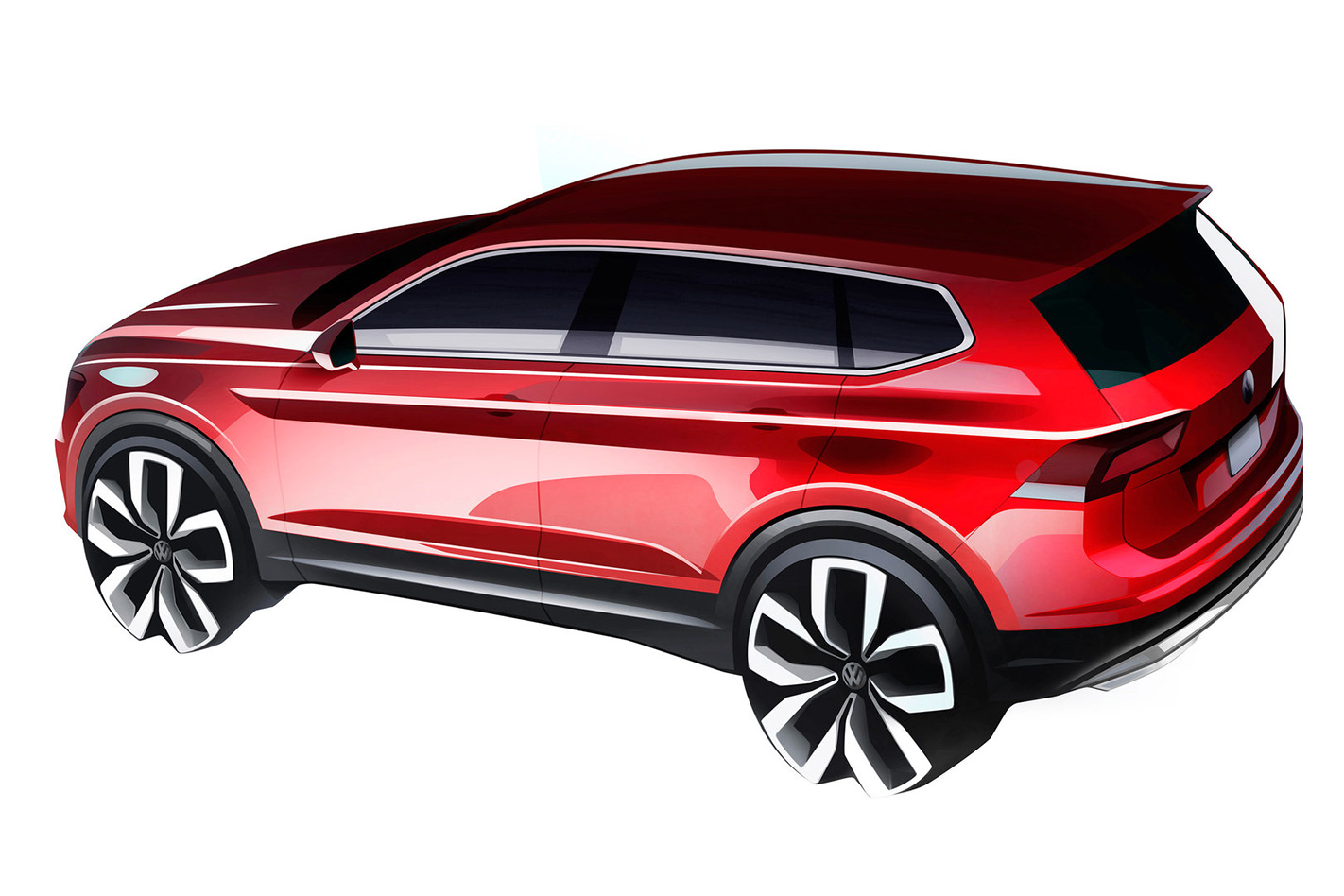 Despite the longer body, changes appear subtle. The rear doors are wider and the window within the D-pillar is slightly bigger with an upward kick along the bottom as shown in the hyped-up teaser sketches.

The interior isn’t expected to be too different apart from a sliding middle row to allow easier access to seats six and seven, and the 110mm of additional length at the rear, which should mean cargo space remains handy even with the rear seats folded up. 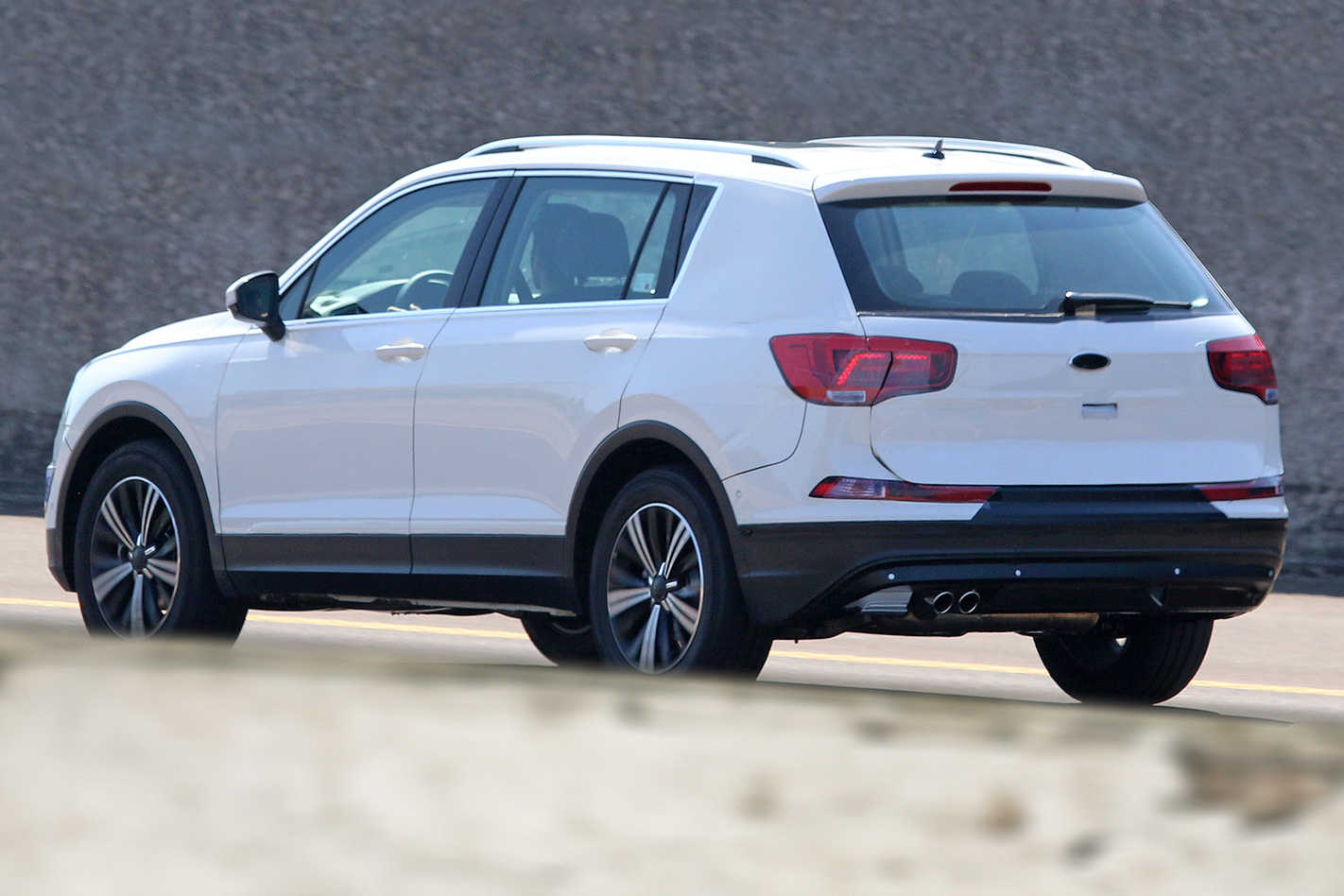 Like the regular 2017 Tiguan,  it’s believed the Allspace will gain a plug-in hybrid variant in the near future.

The Allspace is expected in Australia sometime next year as part of Volkswagen’s push to introduce five new SUVs in Australia by 2018.

These include the 2017 Tiguan and Touareg and an all-new crossover based on the next-generation Polo.

While the rest of the automotive world is downsizing, VW is adding V8s to its Touaregs – read about the new range