The Volkswagen Tiguan gains a new lease on life with the arrival of its second generation eight years after the mid-size SUV first launched.

The Volkswagen Tiguan gets a new lease on life with the arrival of its second generation eight years after the mid-size SUV first launched.

WHAT IS IT?
This is Volkswagen’s all-new mid-size SUV, and the first VW to launch post-Dieselgate. It will arrive in Australia in September with a range of petrol and diesel engines. It is also the first of five SUVs to be launched by VW in the near future.

WHY WE'RE TESTING IT
The 2017 Tiguan is the first SUV built by VW on its MQB platform, and there are more to follow. It’s a completely overhauled car that is bigger and more practical, and a very important model for VW worldwide. 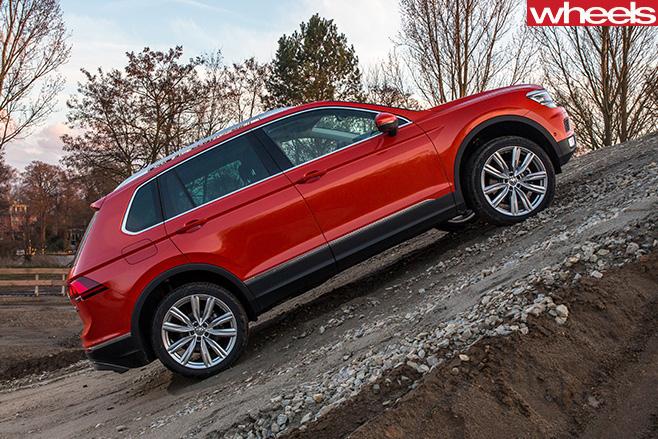 THE WHEELS VERDICT
A big leap forward for Tiguan that addresses the practical shortfalls of the last model, and pushes it further into premium territory.

THE WHEELS REVIEW
FORGET everything you know about the Volkswagen Tiguan. The Golf-on-stilts going by that name is dead after eight years on the market – only the badge carries over to the second generation, a car that is the first all-new VW to launch since Dieselgate broke.

Tiguan version 2.0 is due here in September with a choice of three petrol engines, including a top-spec 162kW/350Nm turbo four lifted directly from the Golf GTI. The two diesel engines are versions of the new EA288 2.0-litre turbo, introduced with emissions-reducing AdBlue in the wake of the diesel scandal. 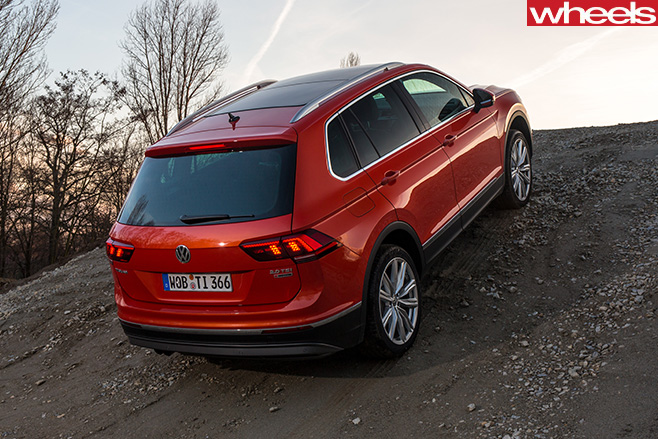 SUVs sometimes handle like they’ve eaten a big bowl of pasta for dinner, but the Tiguan doesn’t. Instead, it feels, unsurprisingly, like a Golf – it shares VW’s clever MQB platform with the hatch as well as the larger Passat, and all three drive in a familiar manner.

We sought out a 132TSI at Tiguan’s international launch in Berlin. Powered by a 2.0-litre turbo petrol engine, it is the likely sweet spot of the local Tiguan range. The engine delivers strong, lag-free mid-range drive. Peak torque occupies a pliable zone between 1750 and 3940rpm making it easy to hustle quickly without spinning to redline. 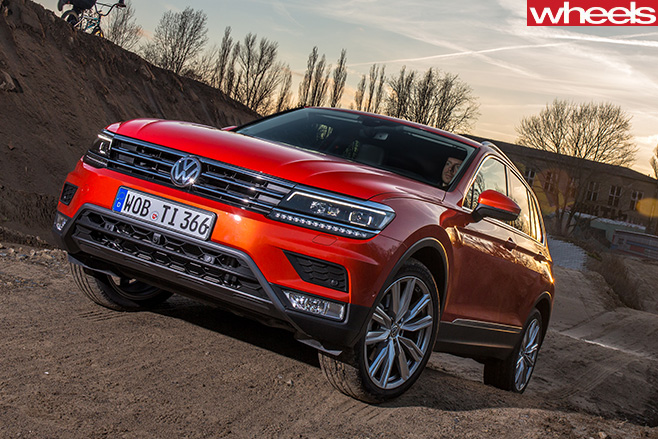 Ride quality on optional adaptive dampers was impressive around town and on the autobahn, even on the optional 20-inch wheel and tyre package worn by our test cars.

Size wise, this new model pushes the Tiguan firmly into mid-size territory. It is 60mm longer, 30mm wider and 33mm lower than before, and rides on a 77mm longer wheelbase. Inside, the extra room is felt immediately, especially in the rear seat which benefits from 29mm more knee room.

The rear seats slide too, varying boot space between 520 and 615 litres, to 1655L folded flat. This is important as the old car was roundly criticised for its narrow, shallow 395L capacity. New Tiguan’s boot is one of its biggest strengths. 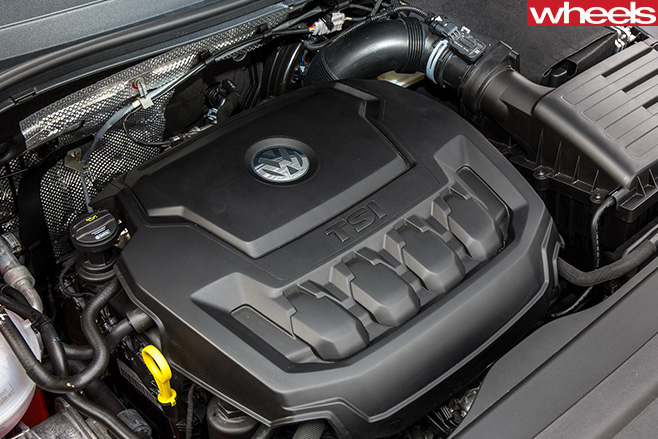 But its not all bare bones practicality, the Tiguan’s cabin delivers a welcome dose of upmarket flair thanks to a refreshing design and unique, textural materials. There’s oodles of equipment as well.

Cars tested had head-up displays, radar cruise control, surround-view cameras, and a suite of active safety systems.  Most of the top-tier luxuries shown in the overseas models will be available in option packs locally. Expect a high level of standard equipment even in the entry-level model. The range will cost more as a result; a price-leading manual 110TSI may scrape in at $29,990, but expect the range to increase by a few thousand dollars.

Combine all this and new Tiguan is an impressive step forward, and one that could steal buyers of more premium marques. Australia’s bottomless appetite for SUVs reflects a car-buying trend the world over. Tiguan may just be the magic bullet Volkswagen has to deliver.